2 China’s One Child Policy In the 1970’s China began a one child policy to control population growth in their country. Chinese culture values males as more important than female. This policy has lead to some killing of girl babies and high number of abortions in China. Incentives are given to have one child and if a family has more than one, the incentives are taken away. What do you think about the policy of only allowing 1 child per family?

6 Doubling Time The time it takes for a population to double at a specific growth rate Rule of 70 –to find the doubling time of a quantity growing at a given annual percentage rate, divide the percentage number into 70 to obtain the approximate number of years required to double. For example, at a 10% annual growth rate, doubling time is 70 / 10 = 7 years.

10 Life Expectancy Life expectancy- the average number of years that an infant born in a particular year in a particular country can be expected to live, given the current average life span and death rate of that country.

16 Is the Logistic Growth Curve Realistic? – Requires accurate knowledge of the inflection point where growth rate declines. – Unrealistic assumptions for human populations. – Death rates do not increase if there are ongoing improvements in health care and food supplies. – See the estimated US population at Population Clocks: http://www.census.gov/main/www/popclock.h tmlPopulation Clocks

17 The Demographic Transition The theory of the demographic transition is the theory that as a country moves from a subsistence economy to industrialization and increased affluence, it undergoes a predictable shift in population growth.

20 Longevity and Its Effect on Population Growth – The maximum lifetime (longevity) is the genetically determined maximum possible age to which an individual can live. – Life expectancy is the average number of years an individual can expect to actually live. – The human population has grown despite little or no change in longevity.

21 The Demographic Transition, cont. – Some nations are slow to move from stage II to stage III – Medical advances can affect the demographic transition by decreasing death rates

23 Quality of Life and the Human Carrying Capacity of the Earth – What is the human carrying capacity of Earth? – Logistic curve predictions – Packing space – Deep Ecology – moral imperative to preserve the biosphere by limiting human population – The higher the quality of life, the lower the Earth’s carrying capacity

25 National Programs to Reduce Birth Rates – The first country to adopt an official population policy was India in 1952. – Many countries now have a family-planning program. – China has one of the oldest and most effective family- planning programs: encourages couples to have only one child. relies on education, family planning control, and a system of rewards and penalties. – Should governments force people to limit family size?

26 Family Planning Family planning- the regulation of the number or spacing of offspring through the use of birth control.

27 Ecological Footprints Affluence - having a lot of wealth such as money, goods, or property. 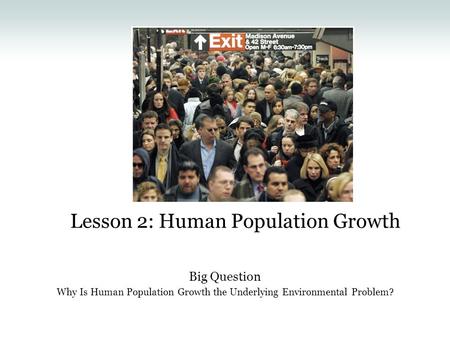 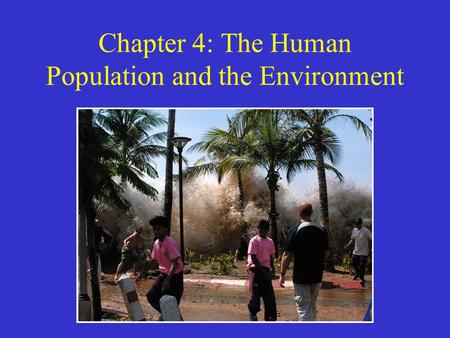 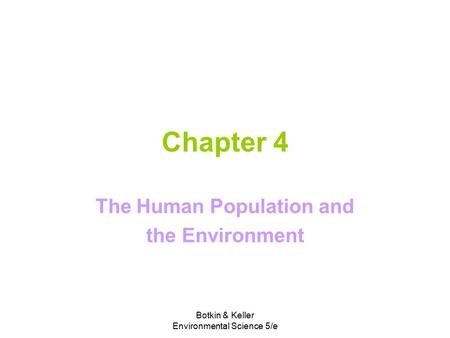 The Human Population and the Environment 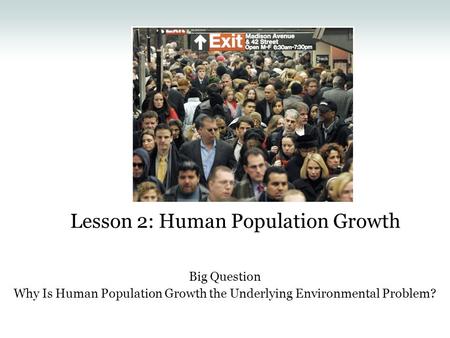 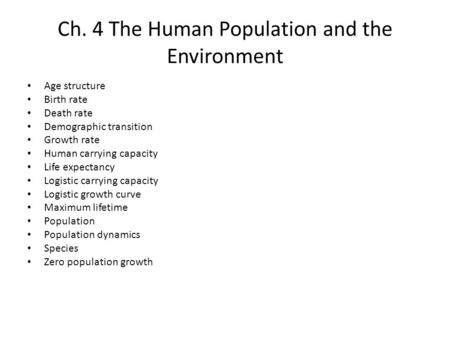 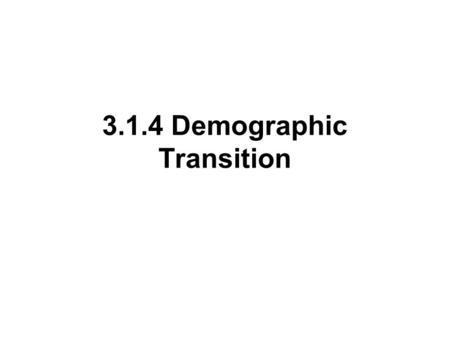