Published byBritton Jessie May Modified over 7 years ago

5 5 Putting Projects on the Web Hypertext Markup Language (HTML) is used to build Web pages. It is a language that is at the same time both simple and sophisticated. To get an idea of what HTML is like, open any Web page in Internet Explorer and click View | Source. The HTML source used to build the page you see in the browser is shown in a simple text editor. When you request a Web page, the HTML source is used by the Web server to build the page and send it to your machine. The Web server is the computer used to process Web page requests. The server is part of the network of computers that form the Internet.

6 6 ASP.NET Microsoft’s solution for putting applications on the Web is built around ASP.NET. ASP stands for Active Server Pages. Active server pages are Web pages whose display is actively managed and altered by the Web server. ASP.NET is a platform from which Web applications are run. A platform is the combination of hardware and operating system on which applications are run. ASP.NET contains controls and objects with which to build Web pages, as well as a run-time system that executes the pages on the Web server. For database access, ASP.NET uses ADO.NET, the same system you have already used in this book to access databases.

8 8 Web Forms A Web project is composed of static HTML pages, like the HTML file you created in Lesson 13, and Web forms. Web forms are built from the ASP.NET Page class. Objects created with this class are containers for controls and HTML. The controls placed on Web forms are part of the ASP.NET framework and provide the kind of functionality you are used to seeing in interactive Web pages. The controls and other graphic elements of the Web form are contained in an.aspx file. The code that runs the show is contained in a second file, a class file with extension.vb.

9 9 Grid Layout Mode The WYSIWYG (what you see is what you get) view, grid layout mode, is the actual appearance of the Web form. This view, although somewhat different from the environment you have used to create Windows applications, is the easiest to use. You position controls on the form just as you did for Windows forms.

10 10 Flow Layout Mode Flow layout mode shows the HTML code that’s executed from top to bottom to build the appearance of the Web page. You may work on the design of the form in either view or switch between the views. If you make a change in one view, the changes you make will be immediately visible when you switch to the other view.

15 15 Note Click Build and Browse any time you want to see the effect of your changes on the current version of the Web page.

21 21 Tables The following statements would add a table to the Web page, but you would not be able to position the table on the page in any particular place. This is the first cell of Row 1 This is the second cell

24 24 Turning an HTML Control into a Server Control To turn an HTML table into a server control, add the following attributes to the tag: id="tblAmort" runat="server"

25 25 Dealing with Dates The Date data type represents both dates and times. The range of possible dates is from January 1, the year 1 to December 31, the year 9999. To assign a particular date to a date variable, enclose the date of the form m/dd/year with number signs (#). Dim TodaysDate As Date TodaysDate = #5/27/2002#

26 26 Dealing with Dates The first statement below shows the declaration and initialization of CurrentDate, the date variable. The second line writes the current date into the innerText property of the HTML Cell. Dim CurrentDate As Date = Now tCell1.InnerText = Format(CurrentDate, "long date")

27 27 Programming Skills To create a new project, but reuse an existing Web page, first delete the default Web page from the new project by right-clicking the page in the Solution Explorer and clicking Delete. Select Project | Add Existing Item from the menu bar and navigate to the wwwroot directory where server pages are kept. Find the project that contains the existing Web page you want to add to the new project, click Open to add the item, then close the Add Existing Item dialog box. In the Solution Explorer, right-click the newly added Web page (it should have an.aspx extension) and click Set As Start Page.

30 30 Summary Web servers are computer hardware and special software used to respond to user requests for Web pages. When a Web page is requested by a user, the Web server uses the page's HTML code to build the page and then sends the page to the user's machine. ASP.NET is the platform from which Web applications are run. ASP.NET includes the controls and objects from which Web pages are built, as well as the run-time system needed to execute the code on the pages created. ASP.NET is part of the.NET framework and thus has access to everything available within that framework, including ADO.NET, which is used to access databases.

32 32 Summary The DateAdd(DateInterval, Interval (as Integer), Date Variable) function adds an interval to a date and returns a date value. 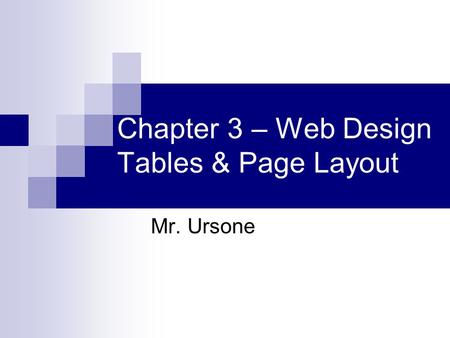 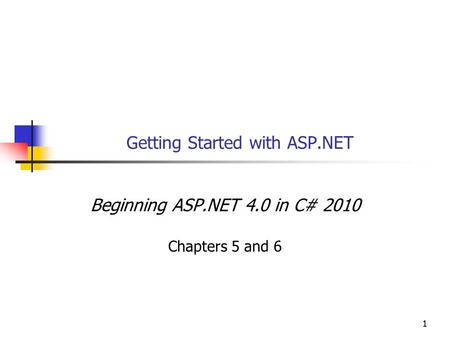 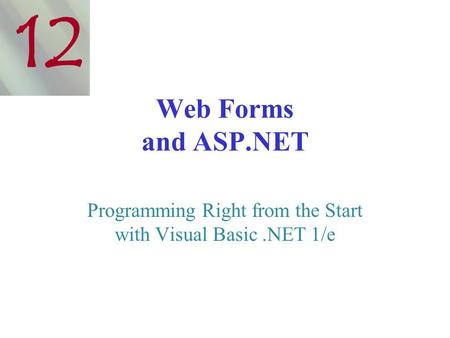 Web Forms and ASP.NET Programming Right from the Start with Visual Basic.NET 1/e 12. 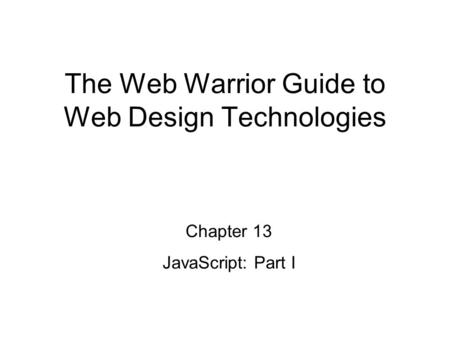 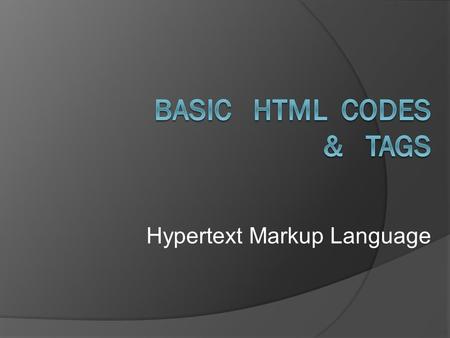 Hypertext Markup Language. Platform: - Independent  This means it can be interpreted on any computer regardless of the hardware or operating system. 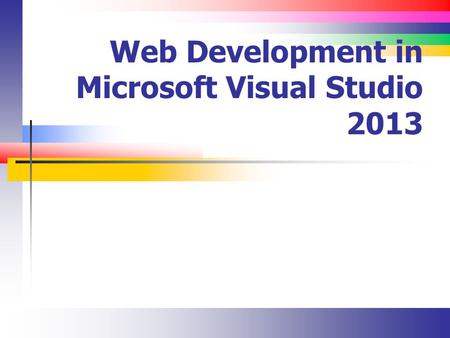 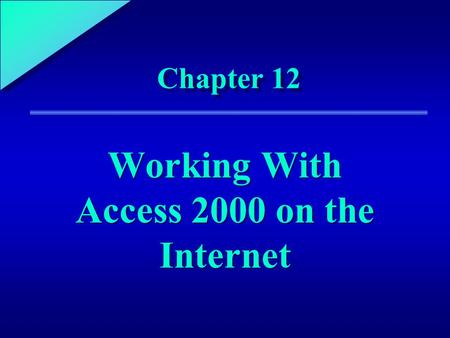 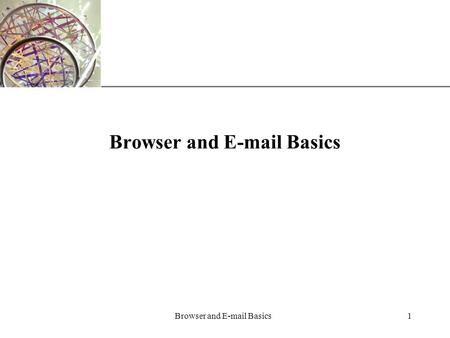 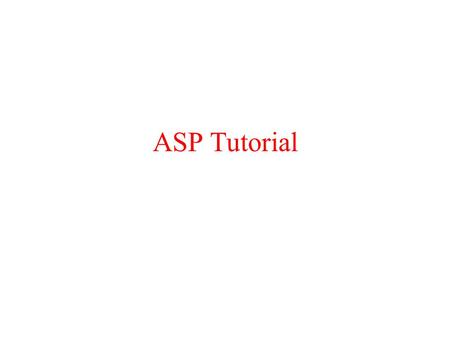 ASP Tutorial. What is ASP? ASP (Active Server Pages) is a Microsoft technology that enables you to make dynamic and interactive web pages. –ASP usually. 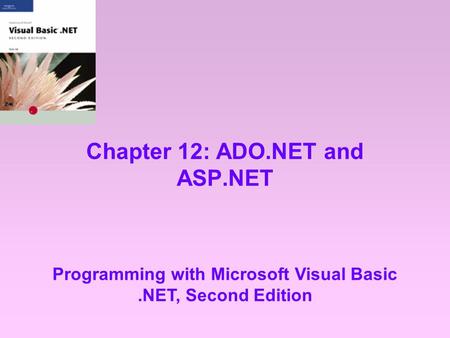 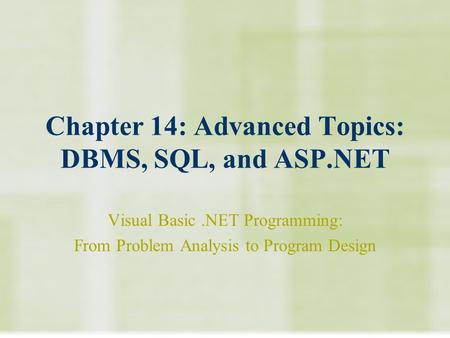 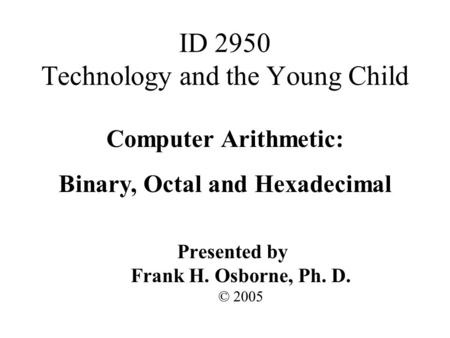 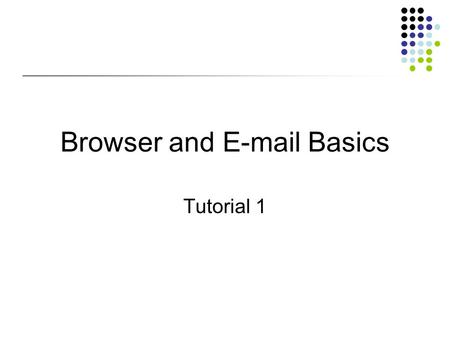 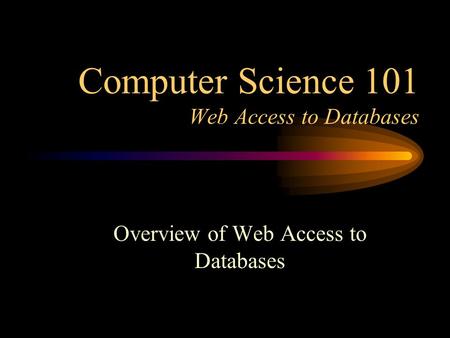 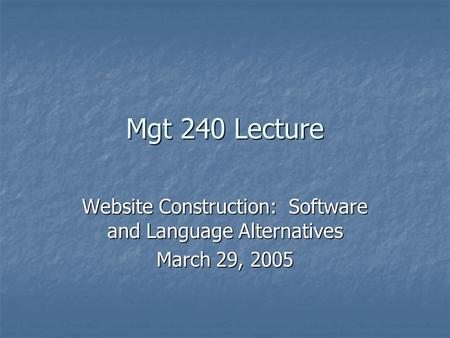 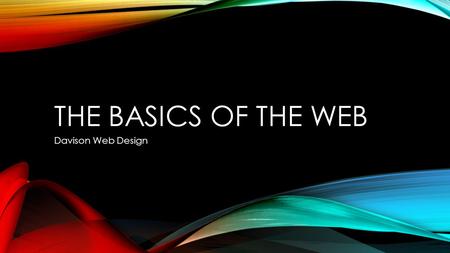 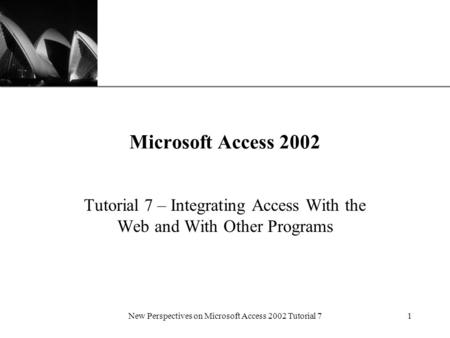 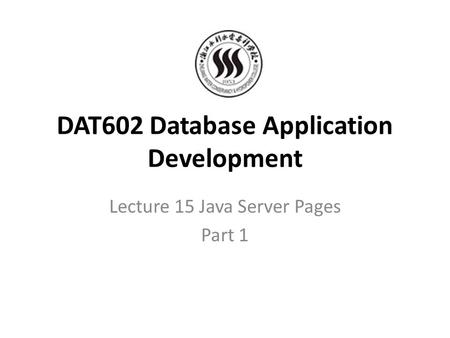