2 Standard SS7E5 SS7E5 The student will analyze different economic systems. a. Compare how traditional, command, and market economies answer the economic questions of (1) what to produce, (2) how to produce, and (3) for whom to produce. b. Explain how must countries have a mixed economy located on a continuum between pure market and pure command.

3 Agenda Message: Agenda Message: SWA Project Choice Board Selections are due Thursday, October 10 th. After-School Tutoring is Wednesday from 4p-5. Standard: Compare how traditional, command, and market economies answer the three basic economic questions. E.Q. Tuesday; 10/8/13: What are the three (3) basic questions that must be answered by an economy? Warm Up: Provide a brief description of the types of government for Israel, Saudi Arabia & Iran. TODAY WE WILL 1. Start Economies

5 Introduction to Economic Systems Every society must deal with providing goods and services for its people. Each society must develop an “economic system” that can decide how to use the limited resources of that society.

7 A Traditional Economy In a traditional economy, the three basic economic decisions are made are based on “custom and on habit”, or how such decisions were made in the past. (The word tradition means something that has been passed down in a culture from one generation to the next.)

8 Traditional Economy cont. Many traditional economies are found in rural areas where people depend on members of their extended families and where the work is often subsistence farming, herding animals, or working in simple crafts.

9 Often very little money changes hands in a traditional economy. Bartering, or trading goods and services, replaces money as a way of paying for things people need. In Southwest Asia, traditional economies can still be found in rural areas of many of the countries of this region.

10 Traditional Economy cont. No modern country today can be described as having a primary traditional economy.

11 A Command Economy A command economy is a more centralized economy, one in which “government planning groups” make most of the basic economic decisions for the workers. A central planning group would decide which goods and services should be produced, as well as prices for the goods and wages paid to the workers.

13 A Market Economy The third type of economic system is a market economy, one in which a society’s economic decisions are made by “individuals “ who decide what to produce and what to buy. Other names for a market economy are capitalism, free enterprise, or laissez-faire (a French phrase that means “to allow them to do as they please”). Many countries in Southwest Asia use a market system or free enterprise system.

14 Standard SS7E5 SS7E5 The student will analyze different economic systems. b. Explain how must countries have a mixed economy located on a continuum between pure market and pure command.

15 A Mixed Economy Nearly all modern economies in the world today have characteristics of both market and command economic systems. That is why they are called mixed economies. Traditional economies are very hard to find and could not function effectively for a whole nation. Nearly all countries in Southwest Asia today would be described as mixed economies. 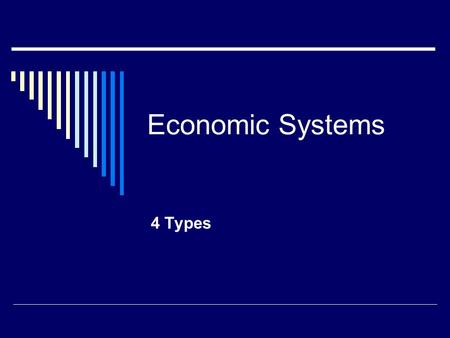 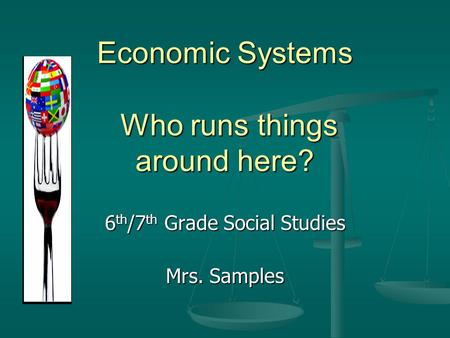 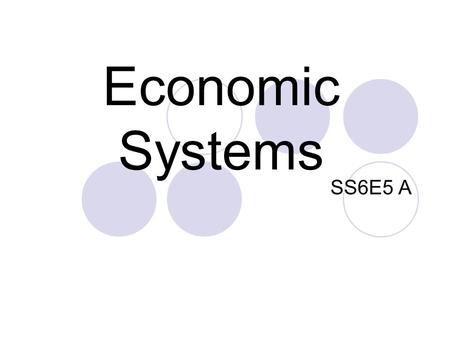 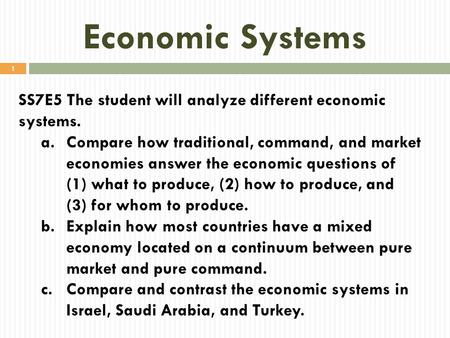 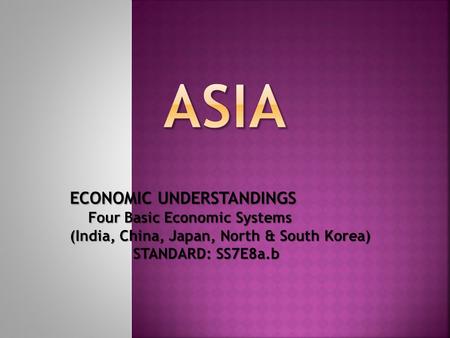 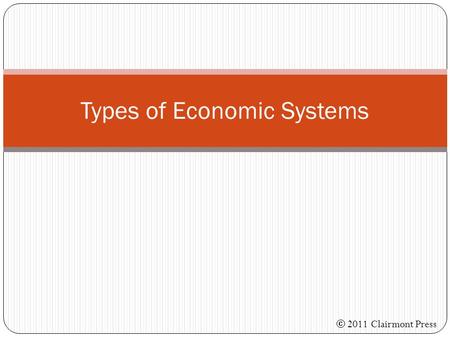 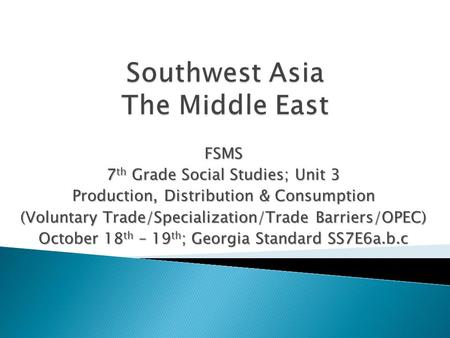 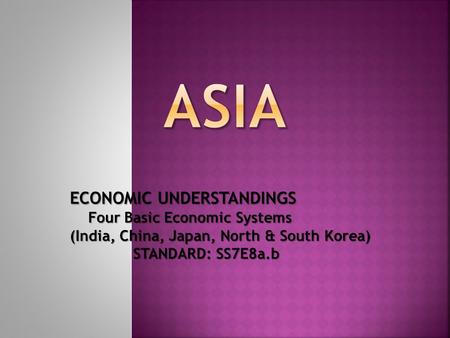 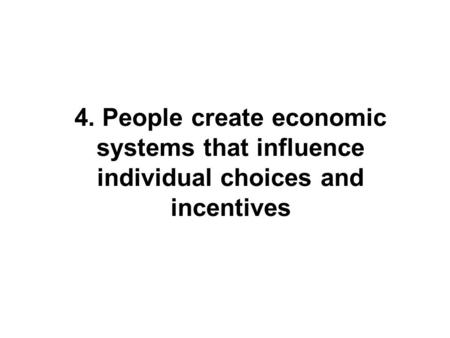 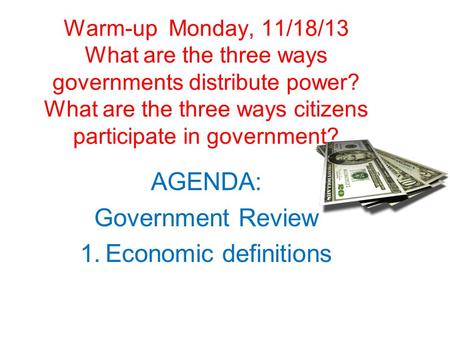 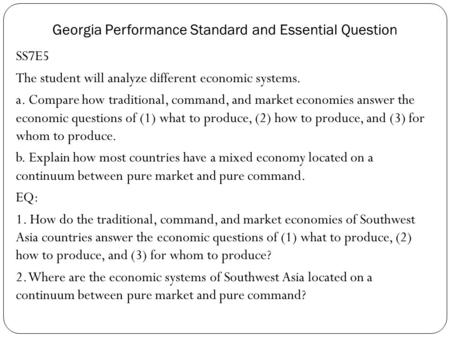