5  Type II Restriction Endonuclease (cont.)  Most restriction sites are molecular palindromes (palindromic), meaning that the sequence on one strand reads the same as the sequence on the other strand, but in the opposite direction  If the recognition site is palindromic and the enzyme makes a staggered cut, then the single stranded ends will be complementary to each other. These are called sticky ends.  Sticky ends made with the same enzyme can hybridize, allowing DNA from more than one source to be spliced together. The segments are sealed together with a different enzyme, called DNA ligase.

11  Origin of replication (ori) from one or more bacterial species  “Shuttle vector” has origins from two or more species, allowing cloned genes to be shuttled from one species to another  An antibiotic resistance gene (e.g. amp R ). By using medium containing the antibiotic (ampicillin), only cells transformed with the vector DNA can survive. This selects against untransformed cells.

12  One or more restriction enzyme recognition sites  “Polylinker” – This is an engineered DNA segment containing recognition sites for several different enzymes, in tandem.  A way to screen for vectors with inserts vs vectors without inserts  Typically, this is a combination of the lac z gene ( β -galactosidase gene) and the lac promoter sequence (required for transcription of the lac z gene). With no insert, a transformed cell will make β - galactosidase.  The polylinker is engineered to overlap or sit between the lac p and lac z sequences.  If there is an insert in the vector, it separates or disrupts lac p and lac z, so that β -galactosidase is not made.  X-gal agar contains a synthetic substrate of β -galactosidase that turns blue if the enzyme is present (no insert).  If there is an insert present, then β -galactosidase is not made, so the colonies are white.

14  Blotting techniques  Northern Blotting: Use a labeled DNA probe to analyze RNA molecules, separated by agarose gel electrophoresis and transferred (“blotted”) onto nitrocellulose or nylon membrane sheets  Dot Blotting: The unknowns are simply spotted onto a membrane, then analyzed with a DNA probe  Western Blotting: Not really a DNA technique. Analyzing proteins on a nylon membrane using a labeled antibody molecule as a probe

15  Blotting techniques  Northern Blotting: Use a labeled DNA probe to analyze RNA molecules, separated by agarose gel electrophoresis and transferred (“blotted”) onto nitrocellulose or nylon membrane sheets  Dot Blotting: The unknowns are simply spotted onto a membrane, then analyzed with a DNA probe  Western Blotting: Not really a DNA technique. Analyzing proteins on a nylon membrane using a labeled antibody molecule as a probe

16  Approaches to obtaining a DNA probe  Use a homologous sequence from a different (ideally one that is related) species  Isolate mRNA for the gene of interest (for example, by using antibodies to immunoprecipitate the ribosome/nascent protein/mRNA complex). You then use reverse transcriptase to make a cDNA copy of the mRNA.  Use DNA chemical synthesis techniques to create possible homologous sequences to the gene of interest, and test them as probes.

17  After a segment of DNA (for example, from our aardvark library) has been isolated, it is routinely sequenced.  In four separate tubes, the aardvark DNA is added to a DNA replication mixture containing nucleotides, DNA polymerase, and...  A labeled dideoxynucleotide. Each tube gets a different dideoxynucleotide, either ddA, ddT, ddC, or ddG  When a dideoxynucleotide gets added during DNA replication, it causes chain termination, which means that replication stops  The labeled fragments from the four mixtures (corresponding to A, T, C, and G) are separated by size using polyacrylamide gel electrophoresis)  By arranging the fragments in order of size, the sequence of the DNA is determined.  In automated sequencers, a single mixture is used, with different fluorescent labels for each nucleotide, and the fragments are separated by capillary electrophoresis and analyzed automatically

18  A DNA sample can be amplified in a test tube without the need for cloning, using the Polymerase Chain Reaction (PCR) technique  The DNA is replicated using a thermostable DNA polymerase (for example, the Taq polymerase from Thermus aquaticus ) with alternating rounds of heating and cooling in a device called a thermal cycler  Since DNA polymerase requires a short segment of DNA to begin replication (a primer), the exact sequence amplified can be controlled by choosing the appropriate primer  This technique can be used with a very small starting sample – for example, the DNA from a single hair strand at a crime scene 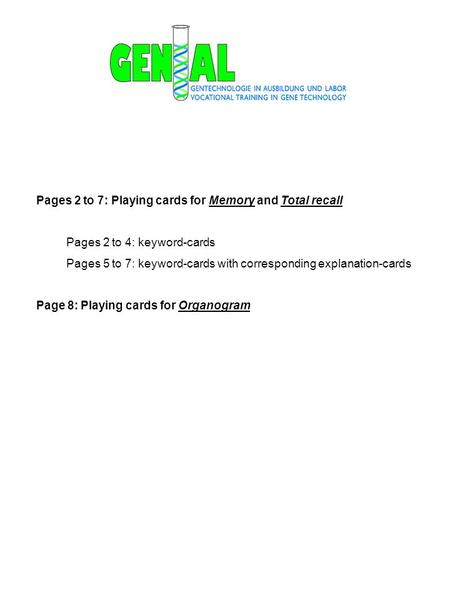 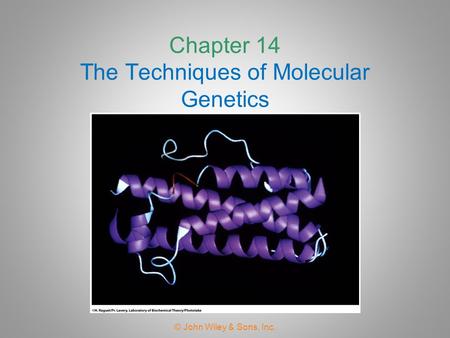 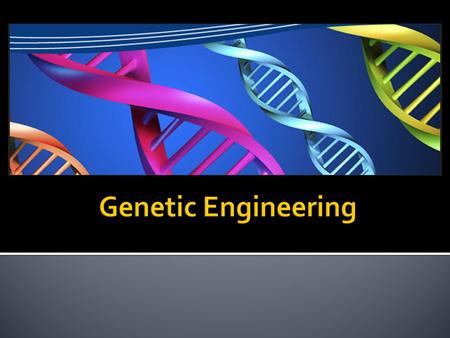 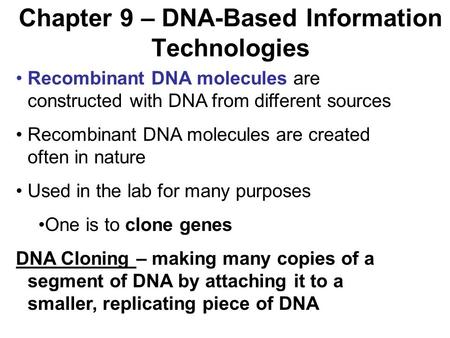 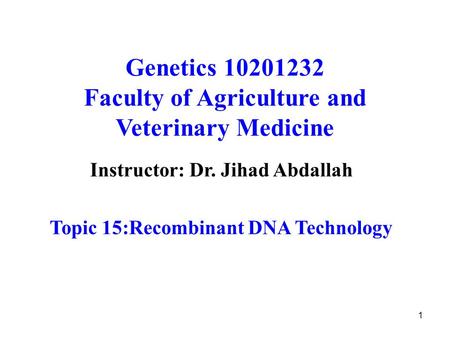