5 emf and Internal Resistance
A real battery has some internal resistance Therefore, the terminal voltage is not equal to the emf

7 Internal Resistance and emf, cont
ε is equal to the terminal voltage when the current is zero Also called the open-circuit voltage R is called the load resistance The current depends on both the resistance external to the battery and the internal resistance

8 Internal Resistance and emf, final
When R >> r, r can be ignored Generally assumed in problems Power relationship I e = I2 R + I2 r When R >> r, most of the power delivered by the battery is transferred to the load resistor

10 Resistors in Series, cont
Potentials add ΔV = IR1 + IR2 = I (R1+R2) Consequence of Conservation of Energy The equivalent resistance has the effect on the circuit as the original combination of resistors

12 Equivalent Resistance – Series: An Example
Four resistors are replaced with their equivalent resistance

13 Resistors in Parallel The potential difference across each resistor is the same because each is connected directly across the battery terminals The current, I, that enters a point must be equal to the total current leaving that point I = I1 + I2 The currents are generally not the same Consequence of Conservation of Charge

14 Equivalent Resistance – Parallel, Example
Equivalent resistance replaces the two original resistances Household circuits are wired so the electrical devices are connected in parallel Circuit breakers may be used in series with other circuit elements for safety purposes

16 Problem-Solving Strategy, 1
Combine all resistors in series They carry the same current The potential differences across them are not the same The resistors add directly to give the equivalent resistance of the series combination: Req = R1 + R2 + … Draw the simplified circuit diagram

17 Problem-Solving Strategy, 2
Combine all resistors in parallel The potential differences across them are the same The currents through them are not the same The equivalent resistance of a parallel combination is found through reciprocal addition: Draw the simplified circuit diagram

18 Problem-Solving Strategy, 3
A complicated circuit consisting of several resistors and batteries can often be reduced to a simple circuit with only one resistor Replace any resistors in series or in parallel using steps 1 or 2. Sketch the new circuit after these changes have been made Continue to replace any series or parallel combinations Continue until one equivalent resistance is found

19 Problem-Solving Strategy, 4
If the current in or the potential difference across a resistor in the complicated circuit is to be identified, start with the final circuit found in step 3 and gradually work back through the circuits Use ΔV = I R and the procedures in steps 1 and 2

24 Circuits, Junctions Charge can not be created, nor destroyed
Total Current in = Total current out i = 8A i What is i and j? 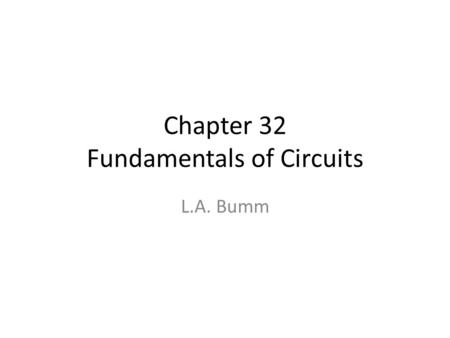 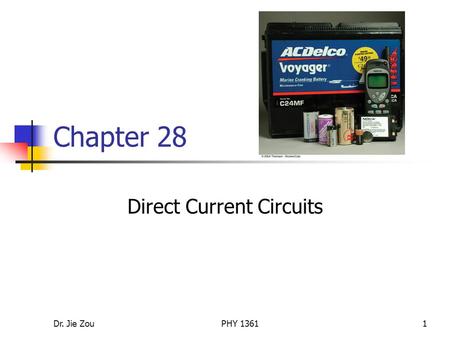 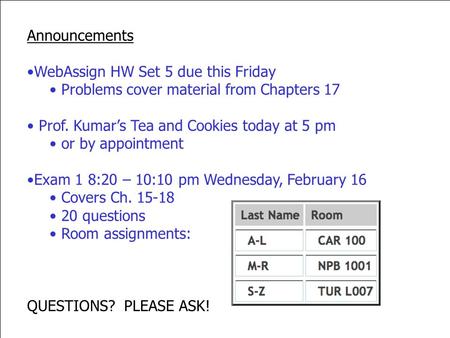 Announcements WebAssign HW Set 5 due this Friday Problems cover material from Chapters 17 Prof. Kumar’s Tea and Cookies today at 5 pm or by appointment. 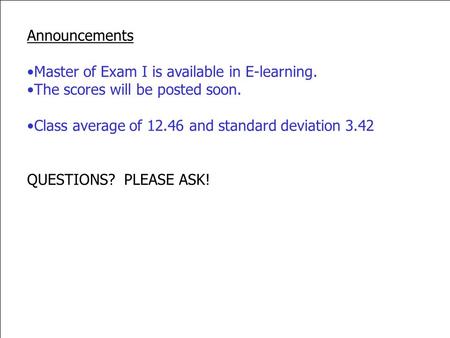 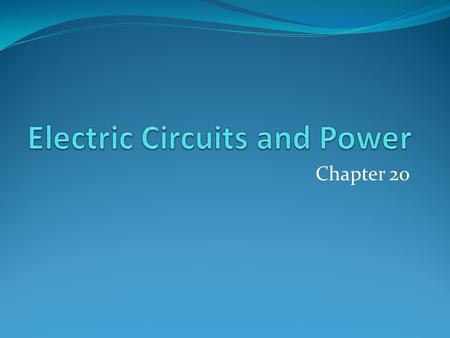