Germany vs. Italy SS6G10(b) The student will compare how location, climate, natural resources, and population distribution of the Germany and Italy affects.

Presentation on theme: "Germany vs. Italy SS6G10(b) The student will compare how location, climate, natural resources, and population distribution of the Germany and Italy affects."— Presentation transcript:

1 Germany vs. Italy SS6G10(b) The student will compare how location, climate, natural resources, and population distribution of the Germany and Italy affects where people live and how they trade.

5 Farmland Germany Italy
The mild climate is good for Germany’s agriculture industry, which uses about half of Germany’s land. Germany produces many crops. Grapes, Italy’s most valuable crop, are often grown along mountainsides. Italian grapes have made Italy the largest wine producer in the world. Northern Italy produces the best grapes. Rich soil and plenty of water make northern Italy the “breadbasket”, or wheat growing area.

6 Natural Resources Germany Italy
Enormous deposits of coal and iron ore found in the Ruhr region fuel a huge manufacturing industry known for steel production, automobiles, building materials, and many other items. Italy has few mineral resources, and has to import most of its raw materials for industry.

7 Economics Germany Italy
It is a very prosperous nation, with one of the largest populations in Europe and the strongest economy. Manufacturing drives the economy; steel production, automobiles, building materials, and many others. Tourism is the country’s most important industry.

8 Where people live Germany Italy
Most Germans live in the cities and towns of western Germany. The Ruhr Valley is the most densely populated area in Germany. About two-thirds of Italians live in the northern part of the country, home to most of Italy’s industry and agriculture.

9 Remember!! Test on Thursday (for A days and Friday (for B days).
You may want to start studying your graphic organizer now!

Download ppt "Germany vs. Italy SS6G10(b) The student will compare how location, climate, natural resources, and population distribution of the Germany and Italy affects." 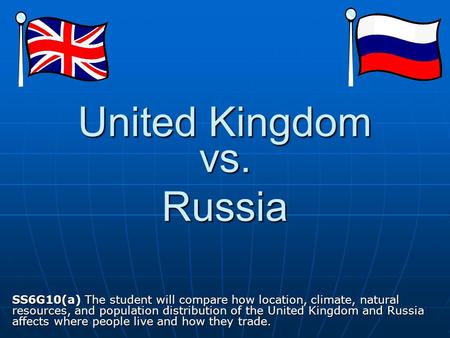 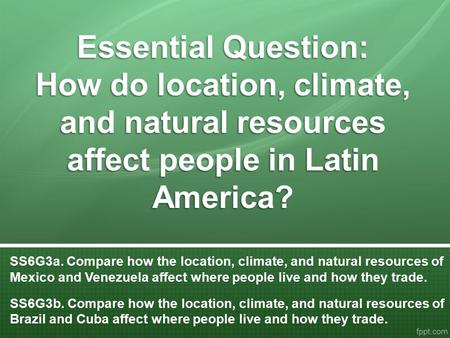 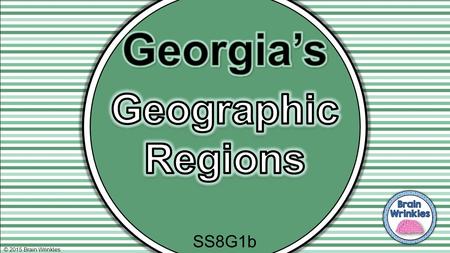 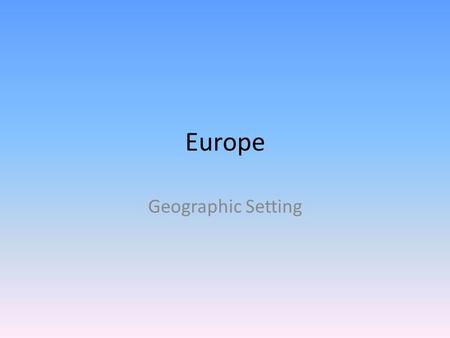 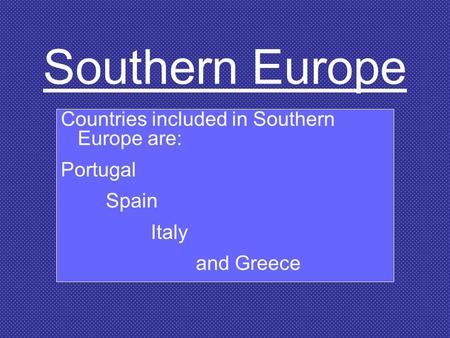 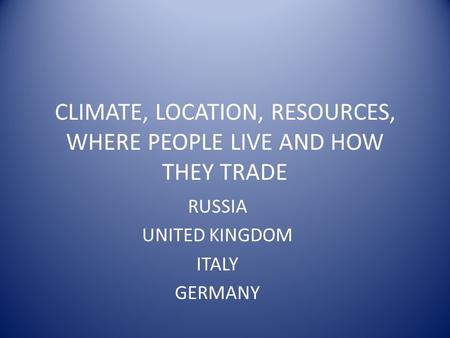