7 Calotype Process 1. photogenic drawing 2. First to produce a negative image. 3. not as bright or as detailed as daguerreotype 4. multiple copies could be made 5. Image quality is a little soft and unsharp

12 Collodion Process  This process replaces Daguerrotype  The definite advantage was that the collodion plate had a depth of detail and sharpness unprecedented exposed and developed inside the camera.  reduced exposure time to just a few seconds  brought portraiture to the people (tintype)

17 Photography more than a portrait Question # 9 - William Henry Jackson photographed the frontier http://www.andrewsmithgallery.com/exhibitions/whjackson/index.htm Yellowstone Park Helped to create Yellowstone as a park once viewed by Congress

19 Joseph Muybridge  1871 Invention of the moveable shutter  Had a bet with Leyland Stanford that a horse in full stride did not have all four feet off the ground.  In 1878 Muybridge proved the horse bunched the legs under it belly at full stride.  The techniques eventually lead to motion pictures.

22 Kodak #1 camera, Question # 12  Photo taken with Kodak #1 camera, 1890  Took 100 photos  The entire camera was sent back to Kodak for developing  By the end of the century camera clubs were flourishing

25 Photo as a means of expression Question # 14  Light meter invented 1930  Half-tone process created and used in the mass production of books and magazines  History has now become visual as well as verbal. Question # 15  Life Magazine is the birth of “Photojournalism”.  Vogue Magazine used the camera as a platform for fashion.

26 What we just covered  Everyday life is photographed  Documentary photography is developed  The light meter was developed  Mass production of photos is capable due to the half-tone process  Life and Vogue magazine have photos as their magazine foundation. 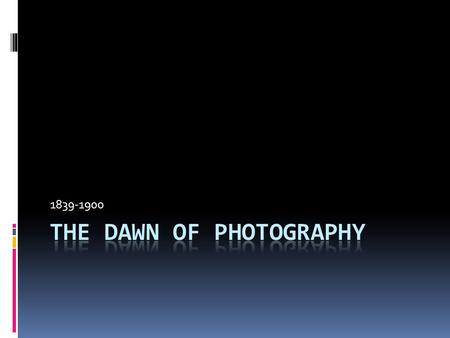 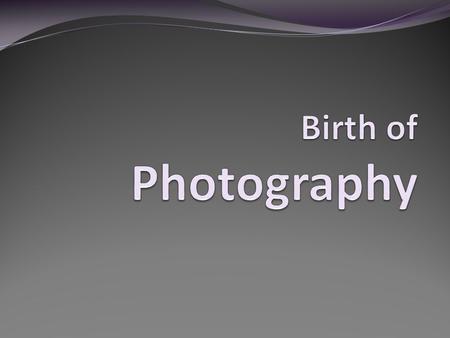 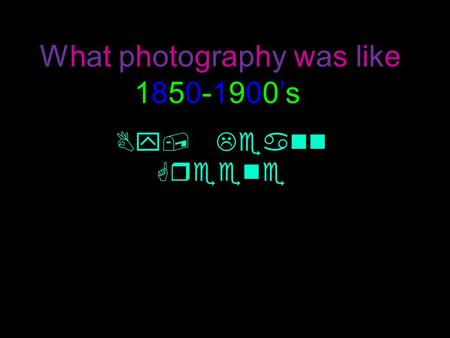 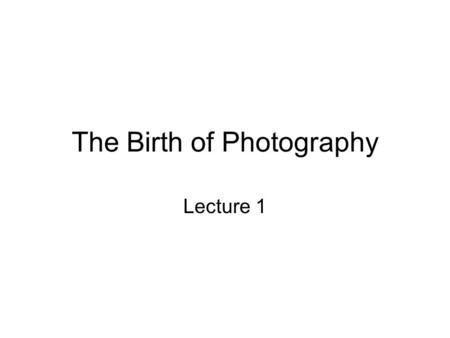 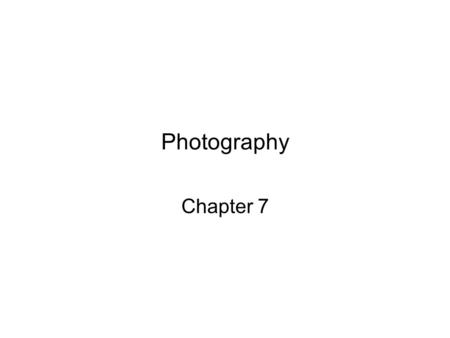 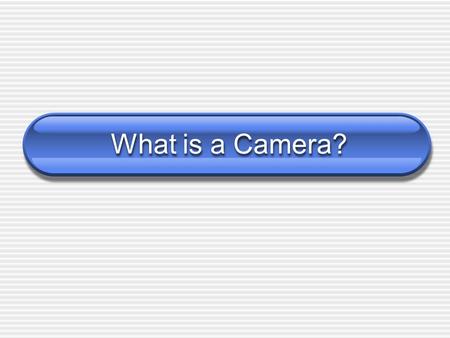 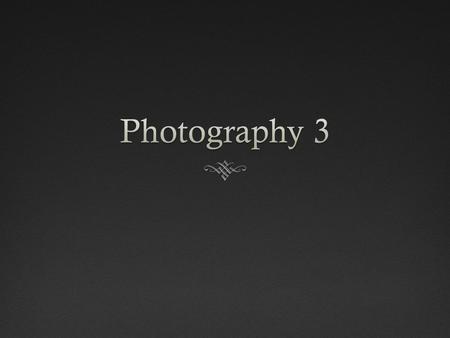 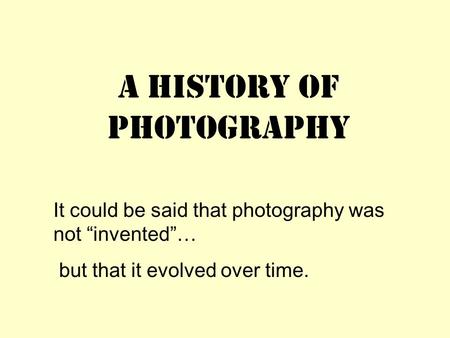