2 Influence European Union  Article 20 (1) TFEU (old 17 (1) EC) (introduced in 1992 by the Treaty of Maastricht on the European Union) provides:  ‘1. Citizenship of the Union is hereby established. Every person holding the nationality of a Member State shall be a citizen of the Union.’

5 Janko Rottmann 2-3-2010  Austrian naturalised in Germany in 1999  Loss of Austrian nationality because of voluntary acquisition of a foreign nationality  Par. 27 (1) Staatsbürgerschaftsgesetz  Art. 1 Treaty of Strassbourg 1963 Reduction cases of multiple nationality (was 1999 still in force between Austria and Germany)

8 Is EU law involved?  Influence EU law on grounds of acquisition and loss of nationality?  Not an internal matter: EU Law is involved  Opinion Maduro 30-9-2009 :Rottmann could only fullfil the residence requirement for naturalisation after having used right of free movement (nr. 11)

9 Is EU law involved?  ECJ (nr. 42):   It is clear that the situation of a citizen of the Union who, […], is faced with a decision withdrawing his naturalisation, […] falls, by   reason of its nature and its consequences, within the ambit of European Union law.  Nr. 43:  Nr. 43: citizenship of the Union is intended to be the fundamental status of nationals of the Member States

10 Indirect influence EU  Possible via general principles of EU law  A) violation of the obligation of solidarity (art. 10 ECT) (e.g. grant of nationality to a large number of persons, without consultation with EU) (Maduro, nr. 30; in casu not relevant)

11 Indirect influence EU  B) no loss of nationality MS if violation of fundamental rights guaranteed under international law (normally deprivation has to be recognised in order to activate statelessness avoiding provisions; EU could react differently and continue to treat persons involved as European citizens) (compare Maduro, nr. 29; in casu not relevant)

13 Indirect influence EU  E) principle of equality (Maduro, nr. 34)  F) proportionality: no deprivation nationality MS if this reaction would be disproportional (not mentioned by Maduro, but by ECJ)

14 Maduro  Deprivation does not violate EU law  Reacquisition of Austrian nationality must be decided on the basis of Austrian law; no obligation under EU law, except if violation of principle of equality!

15 ECJ: power MS restricted   Nr. 48 [The exercise of] power to lay down the conditions for the acquisition and loss of nationality, […], is amenable to judicial review carried out in the light of European Union law.

16 Deprivation because of fraud could be allowed  Nr. 50:  Nr. 50: withdrawing naturalisation […] based on the deception practised by the person concerned in connection with the procedure for acquisition of the nationality in question, […] could be compatible with European Union law.

17 But observe principle of proportionality!  Nr. 55:  Nr. 55: In such a case, it is, however, for the national court to ascertain whether the withdrawal decision at issue in the main proceedings observes the principle of proportionality so far as concerns the consequences it entails for the situation of the person concerned in the light of European Union law, in addition, where appropriate, to examination of the proportionality of the decision in the light of national law.

18 It is necessary to take into account (Nr. 56)   The consequences that the decision entails for the person concerned   and, if relevant, for the members of his family with regard to the loss of the rights enjoyed by every citizen of the Union.

19 In particular (Nr. 56)   In this respect it is necessary to establish, in particular, whether that loss is justified in relation   A. to the gravity of the offence committed by that person,   B. to the lapse of time between the naturalisation decision and the withdrawal decision and   C. to whether it is possible for that person to recover his original nationality

20 Recovery of original nationality?  Deprivation may also be possible if original nationality is not recovered (Nr. 57), BUT  Nr. 58:  Nr. 58: It is, nevertheless, for the national court to determine whether, before such a decision withdrawing naturalisation takes effect, having regard to all the relevant circumstances, observance of the principle of proportionality requires the person concerned to be afforded a reasonable period of time in order to try to recover the nationality of his Member State of origin.

22 BVerWG 11-11-2010  Deprivation is in this case in conformity with proportionality  Rottmann does not get extra time to regulate reacquisition Austrian nationality  Question: what will Austria decide?  Second Rottmann procedure to ECJ?

24 Examples  Deprivation of nationality should only be effective after person involved had possibility to challenge decision  Identity fraud: in some states unequal treatment

26 Examples  Is it allowed to apply some grounds for loss only on naturalised citizen?  differential treatment of European citizen by birth and those by naturalisation  Protection of legitimate expectations/ protection of possession of nationality in good faith 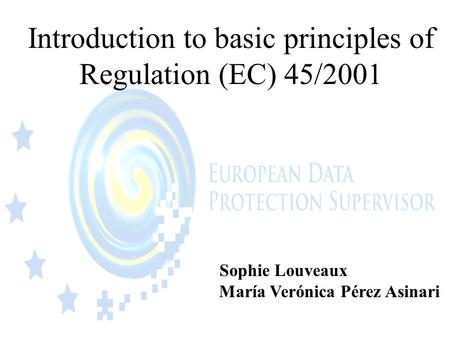 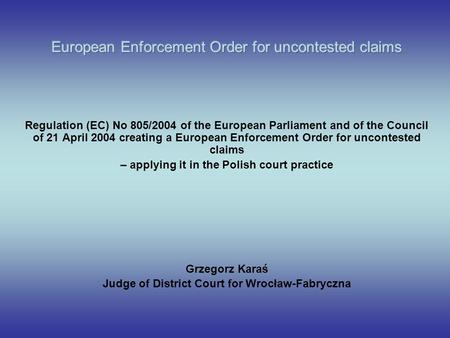 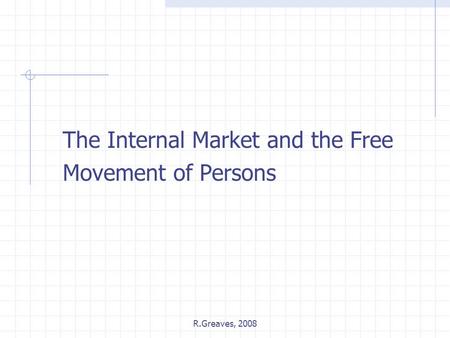 The Internal Market and the Free 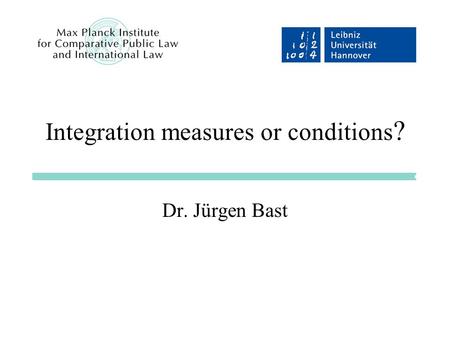 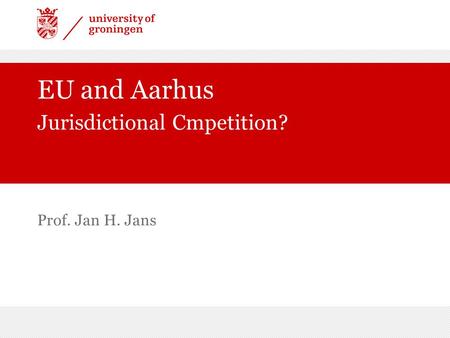 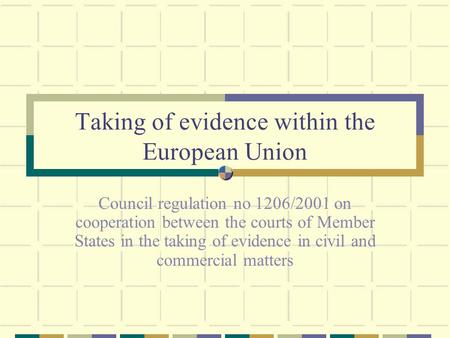 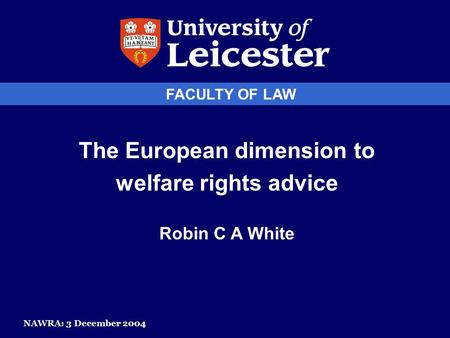 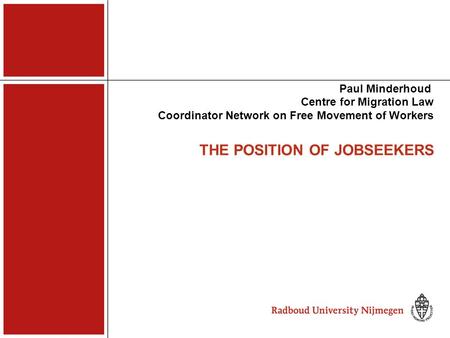 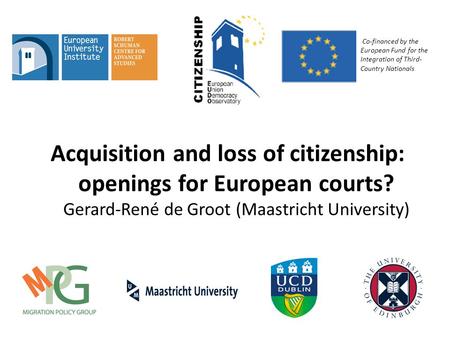 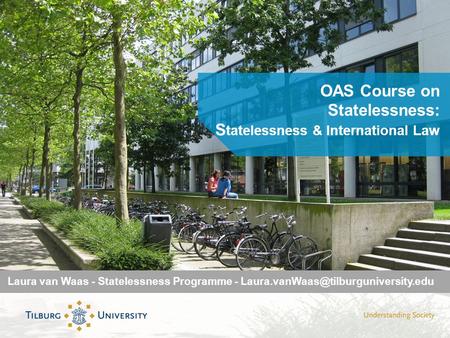 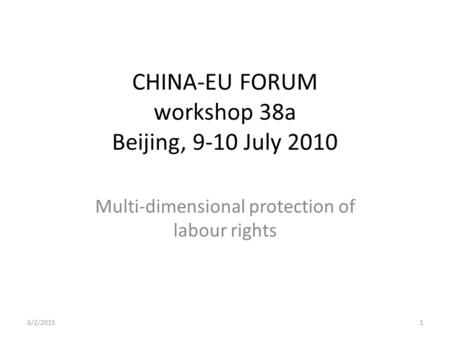