3 Non Renewable – NATURAL GAS Pros: Widely used, 21% of world’s energy production Infrastructure already exists Used for power generation and heat Cleanest of all fossil fuels (45% less CO2 than coal and 30% less than oil) Abundant supply Can be used in cars (is cleaner that gasoline and diesel) Can be used to make plastics, chemicals, fertilizers and hydrogen Employs 1.2 million people

6 What are Canada’s Oil Sands? 1. Watch the video “The Tipping Point” on the Nature of things and read the pamphlets provided by Natural Resources Canada. 2. Complete the opinion paragraph assignment provided to you by your teacher.

7 Non Renewable - NUCLEAR Pros Unlike fossil fuels, nuclear power plants don’t produce smoke (no greenhouse gases). Inexpensive as a method of producing electricity. Cons: Nuclear power uses uranium, which must be mined causing habitat destruction. It produces radioactive waste which isn’t biodegradable and is extremely dangerous. This waste is stored in steel-lined containers and will remain radioactive for thousands of years. Sometimes it is buried underground. Cost are high for building and maintaining nuclear power plants. 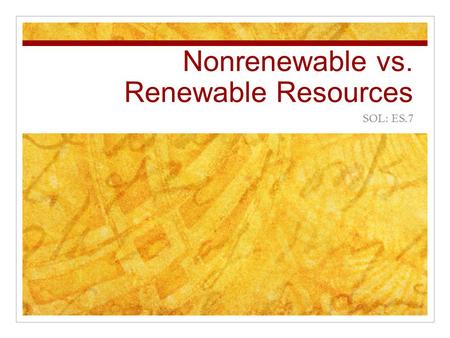 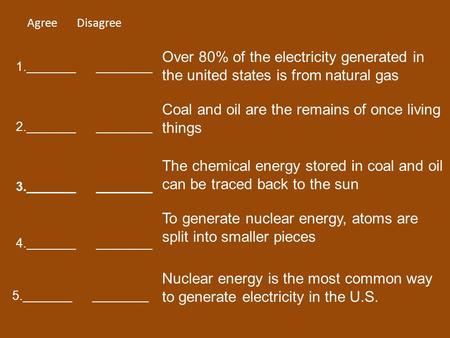 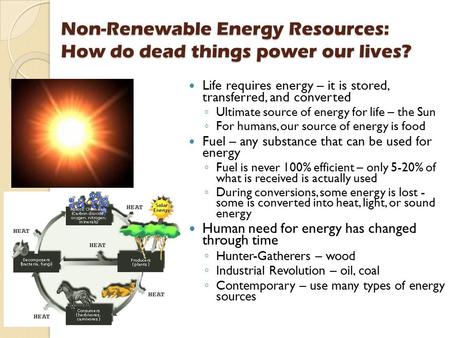 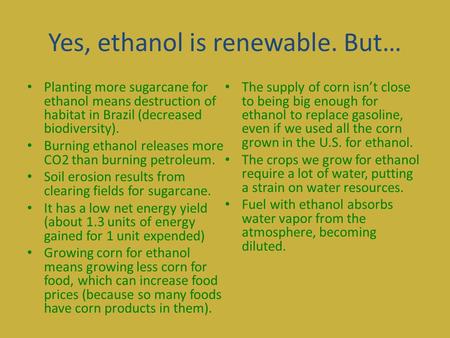 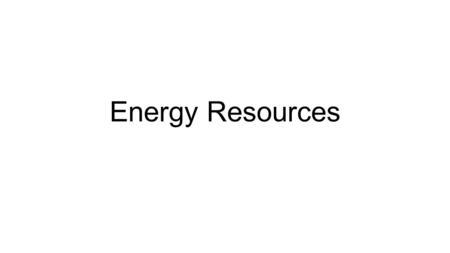 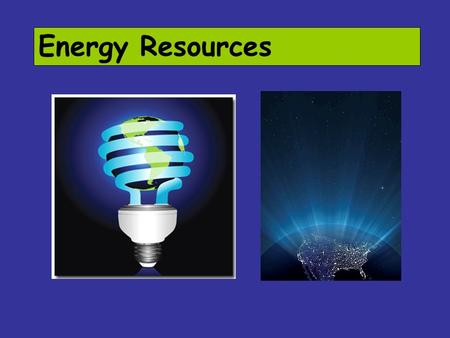 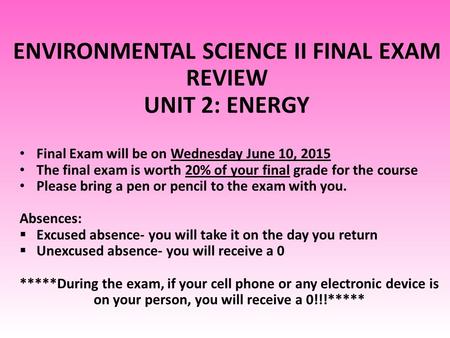 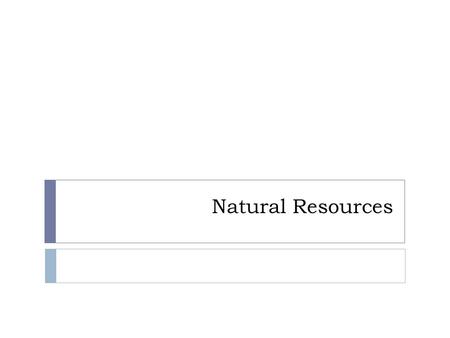 Natural Resources Warm Up 1. What is energy? 2. Make a list of all the things today that you used that require energy. 3. Put the following types of.