2 What is Global Warming? Global Warming is basically when the temperature rises (heats up). This happens when greenhouse gases trap heat and light from the sun in the earth’s atmosphere, which increases the temperature, (carbon dioxide, water vapor, nitrous oxide, and methane). This hurts many people, animals, and many can’t handle it.

8 What causes Global Warming? May things that are used in an everyday life could cause global warming, the most common use is electrical power in general. Electricity causes pollution in various ways. The most common way of causing global warming is the burning of fossil fuels e.g. oil, petroleum. Many of the pollutants are usually sent into the air in the process of burning fossil fuels. Some of these chemicals are called greenhouse gases.

10 Causes of Global Warming: Light T.V Riding in a car Playing a video game Using an air condition etc…. By doing these things more greenhouse gases are sent into the air.

11 How to prevent Global Warming? There is no way to stop global warming. Though there are ways that we can prevent it from happening faster. Carpooling: Driving with someone to the same place instead of using two separate cars and letting off more greenhouse gasses. This minimizes the amount of greenhouse gases put into the air from cars. Being careful about not leaving electrical power on if it is not being used like light, T.V, and a computer. Recycling: Allows les trash to enter the dump so less trash would get burned. So there would be less greenhouse gases in our atmosphere. 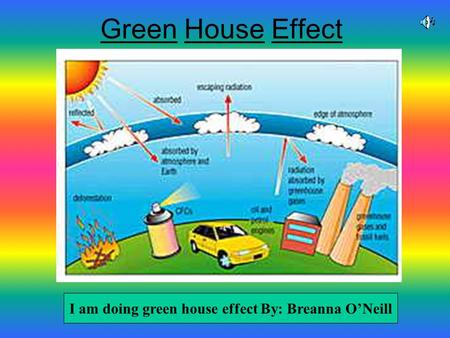 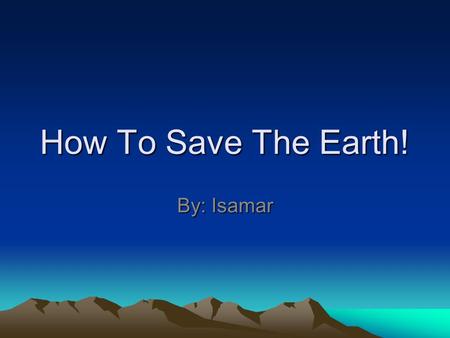 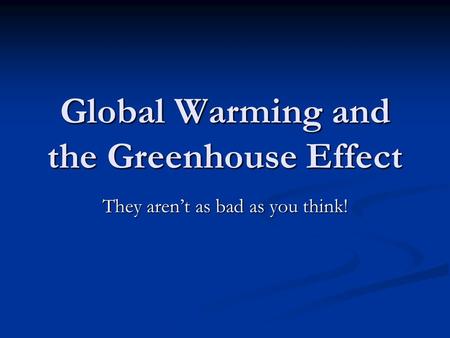 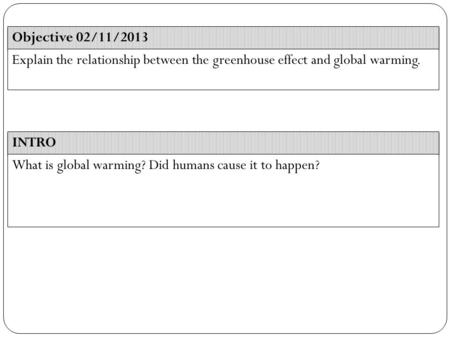 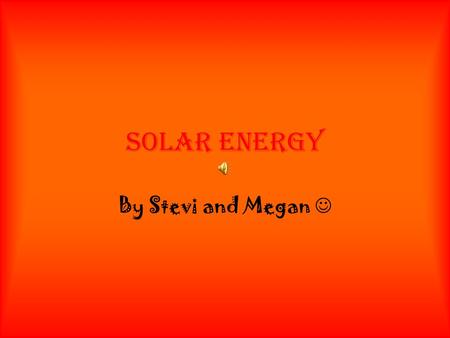