3 What is PCI-DSS? Payment Card Industry Data Security Standards (DSS) initially created by Visa and MasterCard (officially in 2006) now includes Discover, Amex and JCB. All credit card companies in the U.S. have endorsed the Standard PCI-DSS created so there would be common industry security requirements

4 Purpose Mandated by credit card companies – “If you accept our credit card(s), you must follow these rules.” Protect customers against fraud and identity theft. To avoid breaches and fraud resulting in lost revenue.

5 What PCI is NOT PCI is NOT something we can ignore.
PCI is NOT a project -- It is an ongoing program. It is NOT a silver bullet. It is NOT an option -- If we accept credit cards as a source of payment, we must comply. It is not static

6 Twelve Requirements There are Twelve seemingly simple requirements….however Approximately 230 subsets of requirements depending on the Merchant Level and SAQ required to complete.

9 Scope “Any network component, server, or application that is included in or connected to the cardholder data environment”

11 Penalties Fines up to $500,000 from each credit card company + $197 per account holder Forensic Investigation by QSA (Qualified Security Assessor) begins at $10,000. Increased auditing requirements Negative Public Relations Losing the ability to process credit card transactions completely Websites: and According to Dr Larry Poneman, an inaugural member of the Unisys Security Leadership Institute, an Adjunct Professor of Ethics & Privacy at Carnegie Mellon University’s CIO Institute, a former CEO of the Privacy Council and a former Global Managing Partner for Compliance Risk Management at PricewaterhouseCoopers, conducts independent research, educates leaders from both the private and public sectors and reports on privacy and data practices spanning a variety of industries….In his most recent survey results….The total avg cost of a data breach : in 2007 = per compromised record; up from in 2006, and from in An increase in lost business due to data breach: lost business due to a data breach accounts for 65% of data breach costs compared to 54% in An increase in third-party data breaches….2007, 40% of survey respondents reported breaches by third party companies (software vendors, outsources, business partners)….i.e. the AceWare/pc charge/iModule software and payment applications being used on campus today……and lastly the increase in legal defense and public relations in respnse to a breach…..grew to 8% up from 3 percent in Can we afford it?

13 Security Breaches Approximately 600,000,000 records breached since 2005. The running represents the approximate number of *records* that have been compromised due to security breaches, not necessarily the number of *individuals* affected. Some individuals may be the victims of more than one breach, which would affect the totals.  Since 2010 there have been 88 breaches (mostly universities, a few high schools) 98% of hacking successes are as the result of using default passwords. Always change default passwords.

21 Cost Comparison Mobile Pay Website Omni VX570 Notes
$75 for Encrypted Card Reader    (additional readers $65) $150 Initial Setup Fee (PNC) $600 for terminal purchase (Dual Comm) One-Time Fees $12 Monthly Access Fee $15 Monthly Fee These fees are applied whether you process during the month or not. .10 per transaction So if you run 10 transactions, that will cost you $1. .06% Discount Fee This is applied to your gross $ processed $99 setup fee $50 per month Authorize.Net secure gateway or other PCI DSS/PA DSS compliant application. Authorize.Net Secure Gateway is preferred by NKU and PNC Merchant Services. 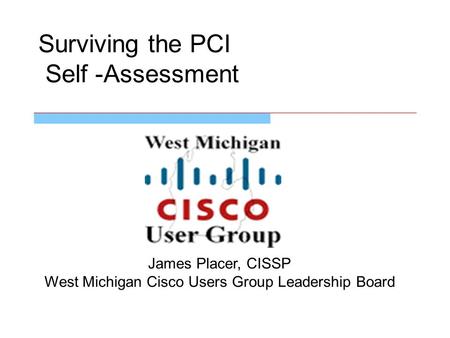 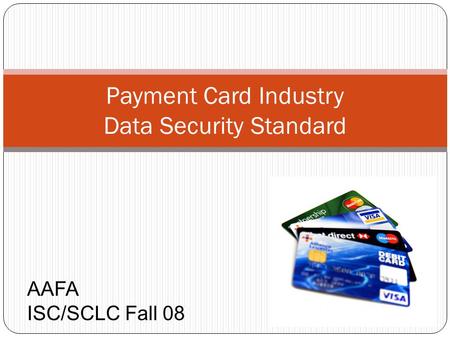 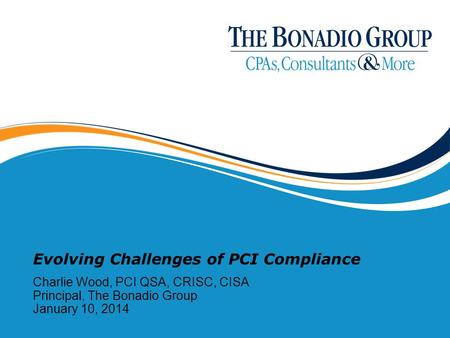 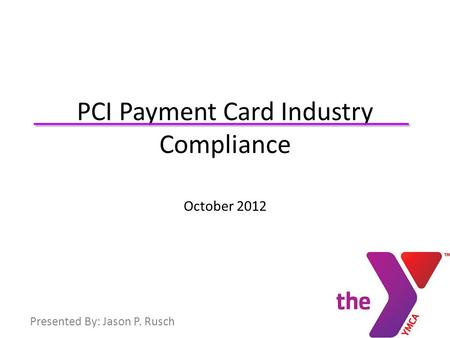 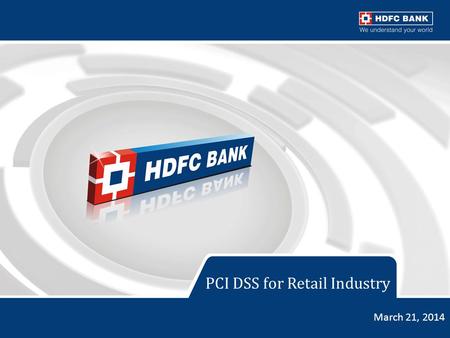 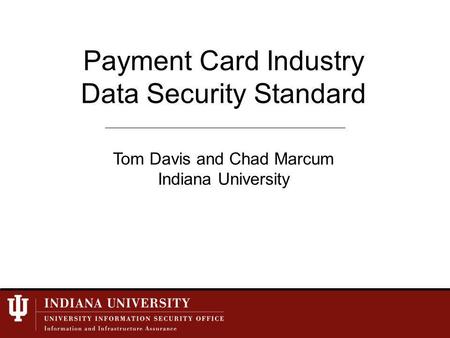 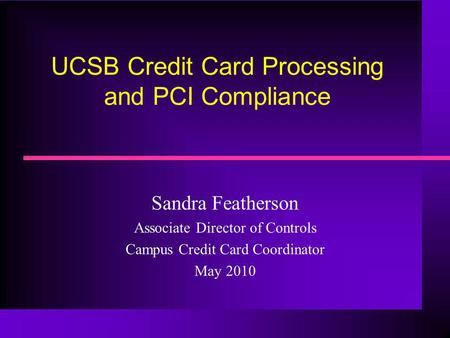 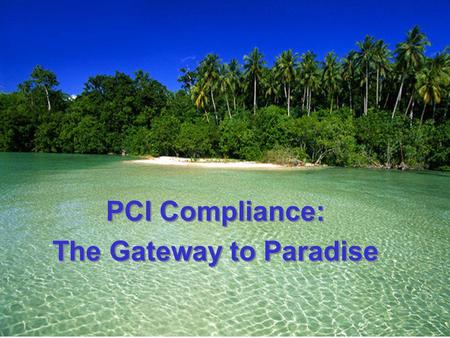 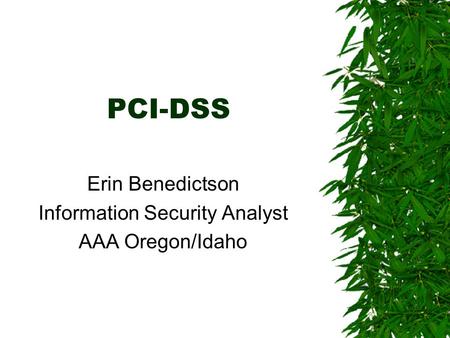 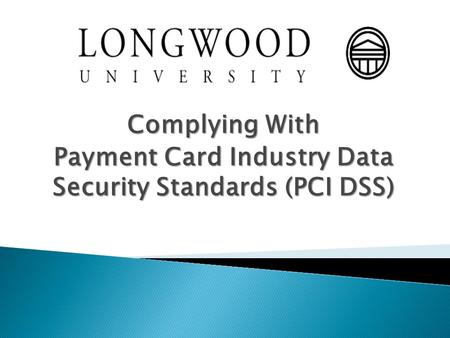 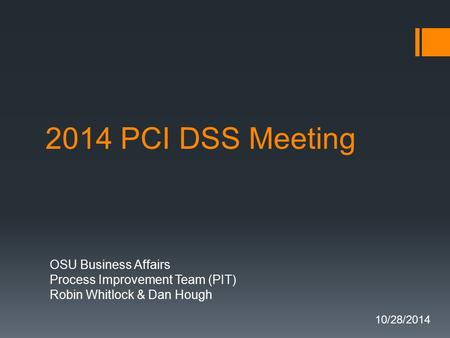 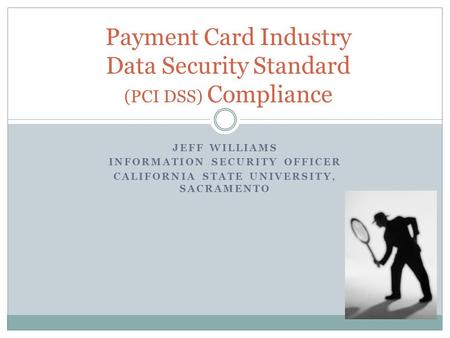 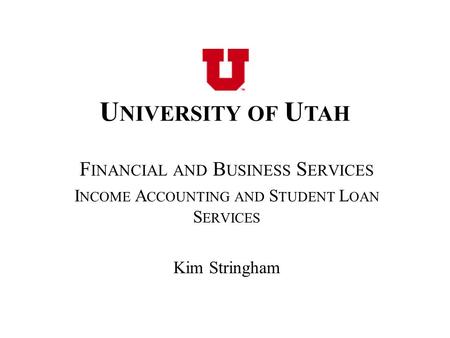 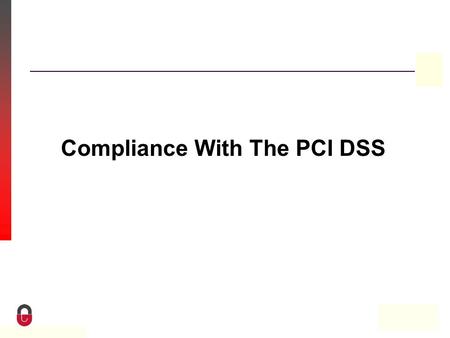 Property of CampusGuard Compliance With The PCI DSS. 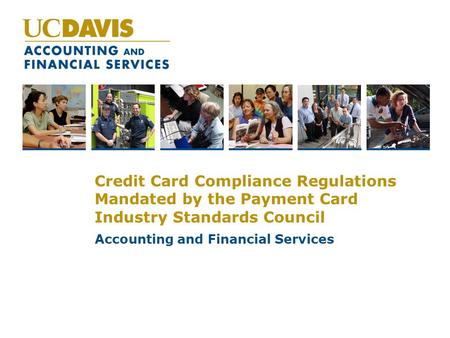 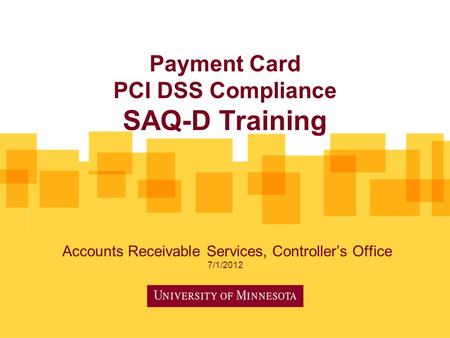 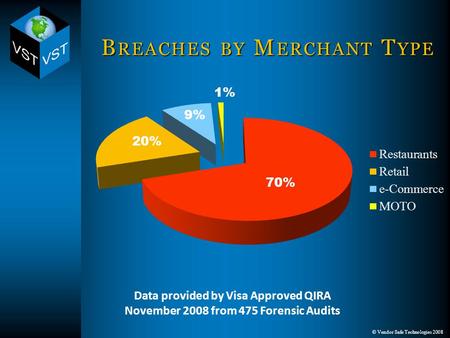 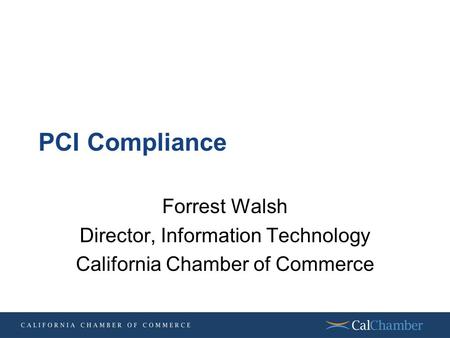 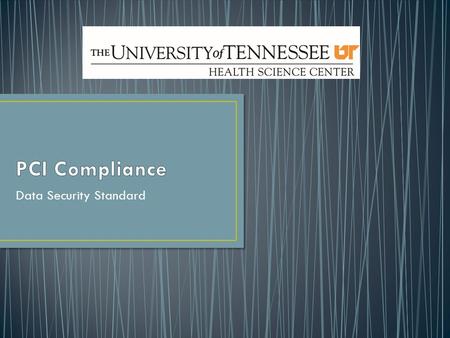 Data Security Standard. What Is PCI ? Who Does It Apply To ? Who Is Involved With the Compliance Process ? How We Can Stay Compliant ? 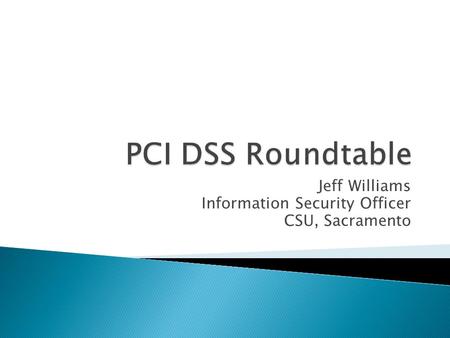