2 What is insulin  Insulin is a hormone. It makes our body's cells absorb glucose from the blood. The glucose is stored in the liver and muscle as glycogen and stops the body from using fat as a source of energy.

3 What is Glucagon  Glucagon is a naturally occurring hormone that is produced in the pancreas. The main function of glucagon is to react to a situation where there is a low level of Blood sugar present. The release of glucagon into the bloodstream helps to restore blood glucose levels back to a point that is considered acceptable for the general function of the body.

4 The sources of these hormones  your pancreas, a small gland that sits just behind your stomach. The pancreas contains small clusters of cells known as the Islet of Langerhans, and these cells in turn contain cells that produce hormones. Alpha cells produce glucagon and beta cells produce insulin.

5 What triggers their release  Insulin is secreted in primarily in response to elevated blood concentrations of glucose. Thus insulin is secreted as the body detects high blood glucose and helps regulate the levels of glucose. There are some other stimuli like sight and taste of food, increased blood levels of amino acids and fatty acids that may also promote the release of Insulin.  Glucagon’s effect is opposite that of insulin, which lowers blood glucose levels. The pancreas releases glucagon when blood sugar levels fall too low. Glucagon cause the liver to convert stored glycogen into glucose, which releases into the bloodstream.

6 The specific effects each has  Insulin - In addition to insulin's effect on entry of glucose into cells, it also stimulates the uptake of amino acids, again contributing to its overall anabolic effect. When insulin levels are low, as in the fasting state, the balance is pushed toward intracellular protein degradation  Glucagon - Glucagon stimulates breakdown of glycogen stored in the liver and Glucagon activates hepatic gluconeogenesis.

9 Why is it a negative feedback cycle  It is negative because it is repressing the blood sugar levels back to an acceptable range.

10 Diabetes  Diabetes is a disease in which your body is not able to control the amount (or level) of glucose (sugar) in the blood. This may happen because:  your pancreas doesn’t produce any insulin  your pancreas produces insulin but not enough  your body resists the action of insulin  When your blood glucose level remains high for long periods of time, damage can be done to your heart, your eyes, and your kidneys.

11 Type 1  Type 1 is not the most common type of diabetes, and affects less than 1 in 5 people with diabetes. It is sometimes referred to as juvenile onset diabetes–mostly because it is generally diagnosed in childhood–but this term is outdated.  No one knows what causes type 1 diabetes. It is possible that our bodies’ immune system attacks the cells that produce insulin, but this is not clear. What is clear is that type 1 diabetes cannot be prevented.  When you eat or drink something, glucose– which is our main source of energy–enters the bloodstream, causing a rise in blood glucose levels. In type 1 diabetes, because the body is unable to produce insulin, body cells can’t take in any glucose, so your body doesn’t get the energy it needs.  There is no cure for type 1 diabetes, but it can be treated with insulin. Insulin is not available as a tablet or pill, and needs to be injected into the body

12 Type 2  Type 2 diabetes is usually diagnosed in people over the age of 40, but recently it’s being diagnosed more often in teenagers and children, especially those who do not lead an active lifestyle and/or are overweight.  with type 2 diabetes, it is important to understand that your body is still producing insulin–but it is not producing enough, or it may be resisting what insulin does for you. This means that your blood glucose levels continue to rise and your body’s cells don’t receive enough glucose.

13 Gestational Diabetes  This form of diabetes is diagnosed during pregnancy. As your baby develops inside you, an increase in the hormones that your body produces increases the need for insulin. If you are unable to produce this additional insulin, your blood glucose level will rise.  This is not the same as other kinds of diabetes. It usually disappears once you give birth, although there is the possibility that you will develop type 1 or type 2 diabetes while you are pregnant.  occurs more often in women who are overweight before they become pregnant and in women who are over 35 years of age. 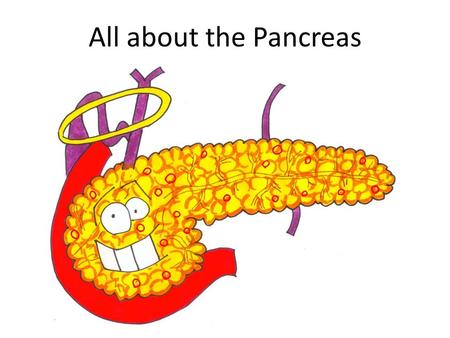 All about the Pancreas. A.You start by eating a meal containing carbohydrates. B.These carbohydrates are turned into glucose. The glucose is absorbed. 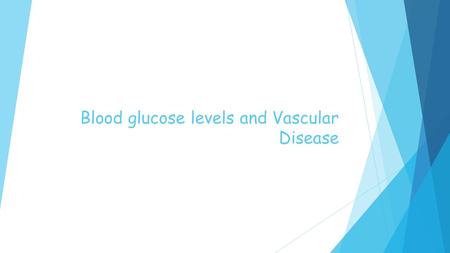 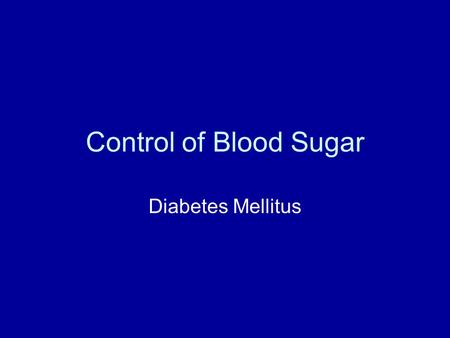 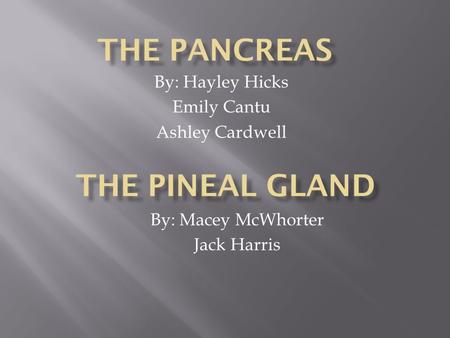 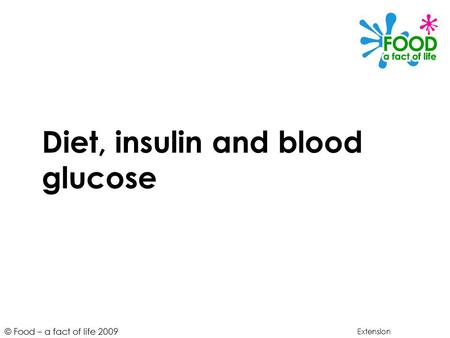 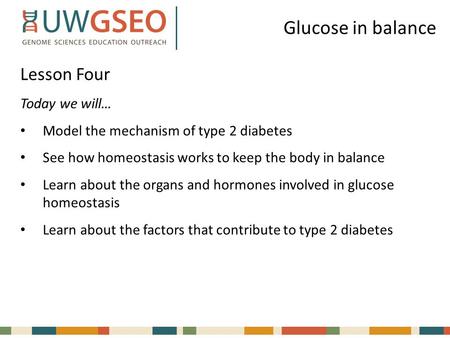 Glucose in balance Lesson Four Today we will… 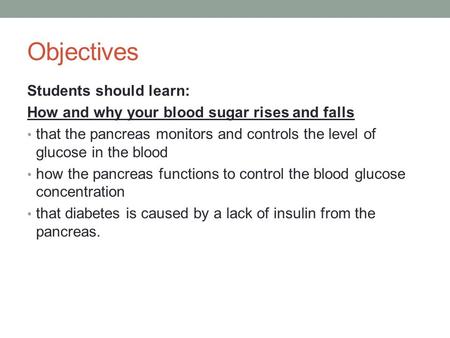 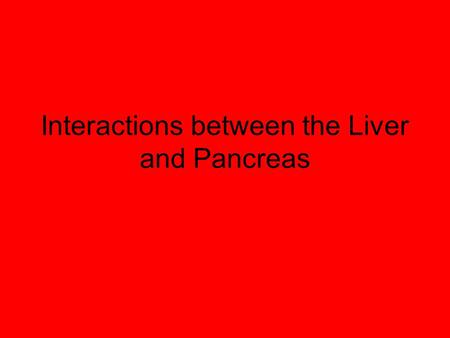 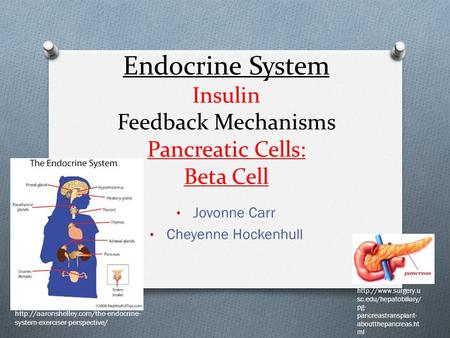 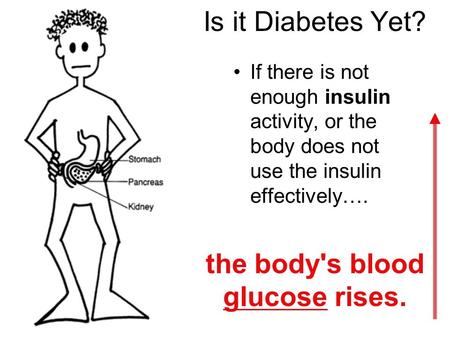 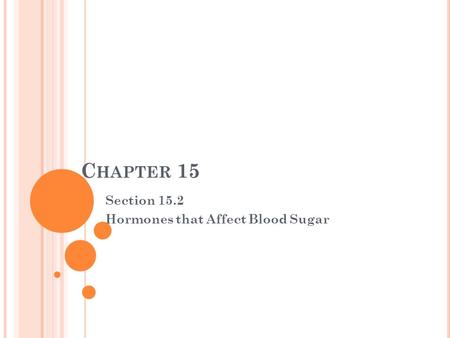 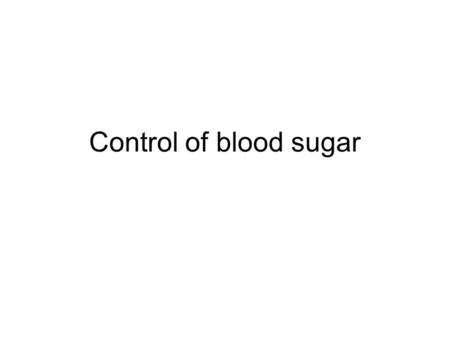 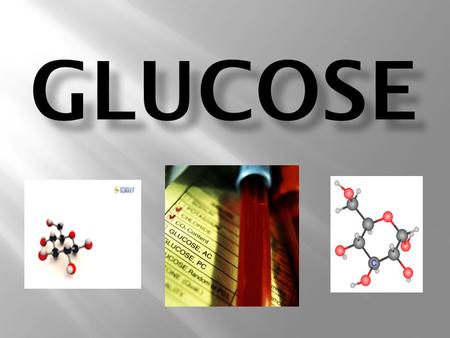