World War One: The Beginning

1 World War One: The Beginning
World War I ( ) was caused by competition among industrial nations in Europe and a failure of diplomacy. The war transformed European and American life, wrecked the economies of Europe, and planted the seeds for a second world war. 1

7 Allied vs. Central Austria-Hungary Germany Italy Ottoman Empire
(Triple Alliance) Ottoman Empire Bulgaria (shut down Russia’s use of transportation in the Black sea & Mediterranean) Serbia Russia France (Schlieffen Plan) Belgium Great Britain United States Japan (make box on bottom of chart) Greece (make box on bottom of chart) *In addition to these nations, all of the colonies that belonged to the above nations also participated in WWI. 7

8 Why did each country enter World War I?
8

10 Allied Powers Name of Country Why they joined France
Long-standing tensions with Germany (took land in late 1800s), military agreement with Russia Belgium Wanted to be neutral, Germany marched through on way to France (Schlieffen Plan)- called GB for help Russia Large Serbian minority, did not want AH expansion, agreed to join in Serbia was attacked by AH (leave 1917 Civil War) Great Britain Alliance with Belgium, who was getting marched on by Germans on way to France Italy Signed agreement with GB, get land in return for changing sides Serbia AH declared war on them U.S. Initially neutral Lusitania Zimmerman Telegram

11 Greece and Japan: Why did they join?
Series of internal debates Change in leadership—support Allied Powers Japan Expand sphere of influence in China

14 The Assassination of Archduke Franz Ferdinand, June 1914
Assassinated by Gavrilo Princep, a Serbian Nationalist. Sparked a chain reaction of events that had disastrous consequences. 14

16 July Crisis cont. Serb military mobilizes and so does Austria
Austria declares war (given the support from Germany) Germany then issues ultimatum to Russia demanding cessation of military measures against A-H; Russia doesn’t respect it and thus Germany declares war!!! 16 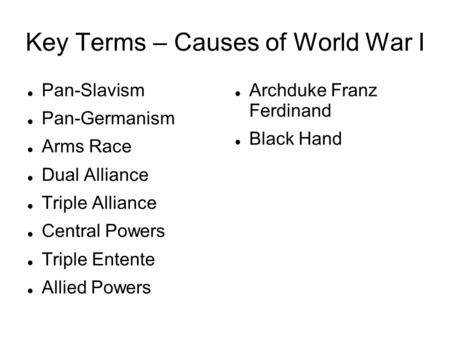 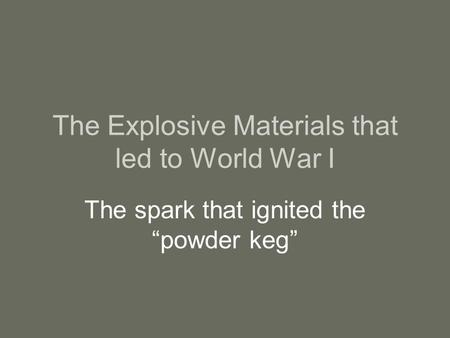 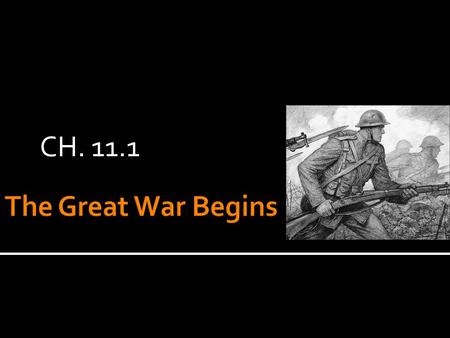 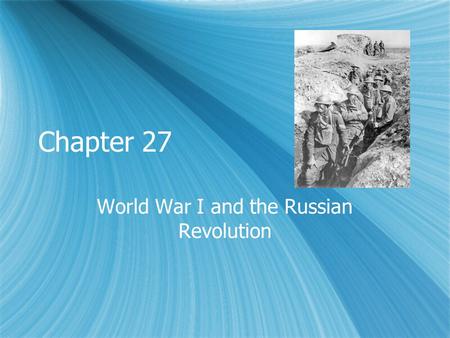 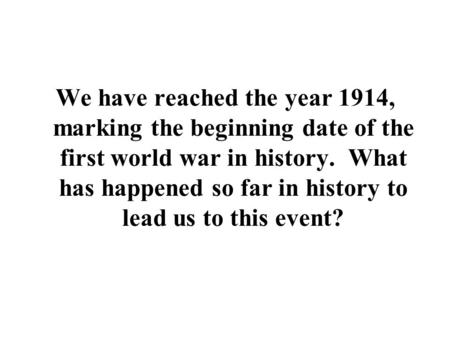 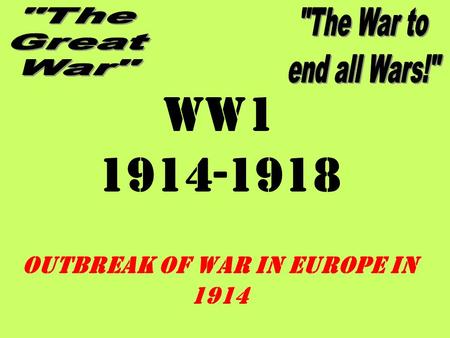