3 EARTH’S TILT 23.5 degrees in relation to sun
Revolution and tilt of Earth causes changes in seasons

10 HURRICANES Def: storms that form over warm, tropical ocean waters (aka typhoons) When water is 80 degrees or higher huge amounts of heat and energy are collected An “eye” will form Surrounding winds can reach 200 mph

13 BLIZZARD Def: heavy snowstorm with winds of more than 35 mph and reduced visibility

14 DROUGHT Def: a long period of time without rain or with minimal rain

18 WIND CURRENTS Help distribute heat
Convection: transfer of heat in the atmosphere by upward motion of air Globally: hot air flows toward poles; cool air flows toward equator Coriolis effect: bending of wind due to rotation of the earth

20 ZONES OF LATITUDE 3 general zones:
1) Low or Tropical: either side of equator; hot 2) Middle or Temperate: between tropics and poles; weather varies greatly 3) High or Polar: North and South Pole; cold all the time

22 TOPOGRAPHY Mountains have greatest effect on climate
Moist winds cool as they move up; heat up as they move down

24 EL NIÑO The warming of the waters off the west coast of S. America
C. every 2-7 years Happens when easterly winds change direction or slow Causes floods, mudslides When it blows west, it is called La Niña

25 GLOBAL WARMING Since late 1800s, Earth’s temp has increased by 1 degree Some argue it’s natural Others argue it’s due to the GREENHOUSE EFFECT: layer of gases released from burning coal and petroleum traps solar energy, thus increasing the planet’s temp.

31 SEMIARID Avg 16 inches of rain annually
Hot summers, mild to cold winters Found in interior of continents and around deserts

32 DESERT Can be hot or cool/cold < 10 inches of rain annually
Hot during the day, cold at night 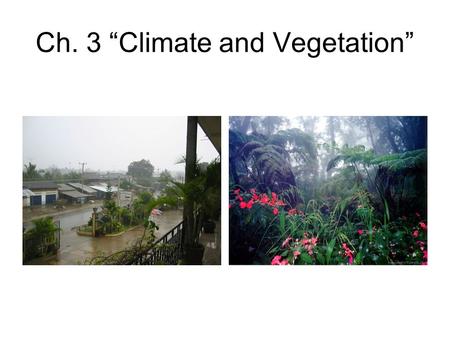 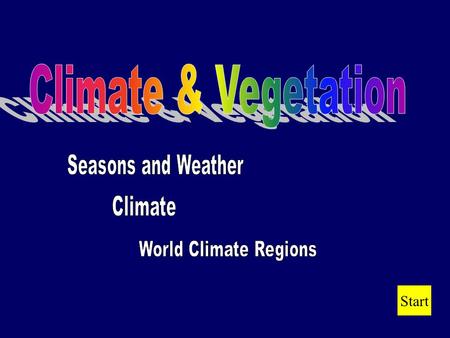 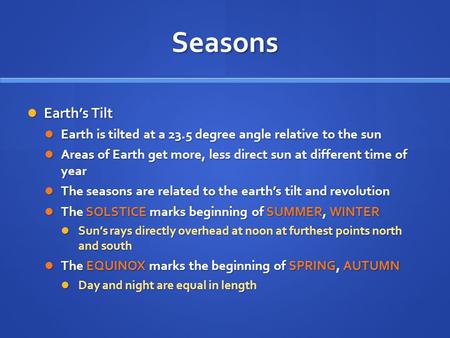 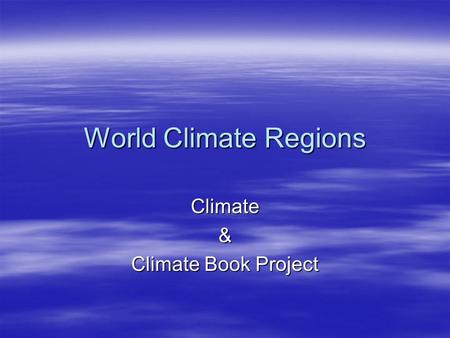 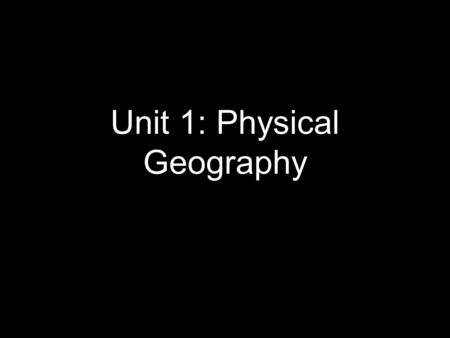 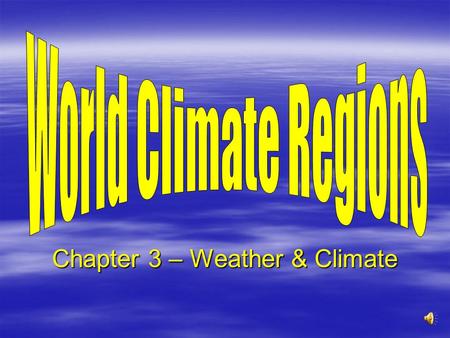 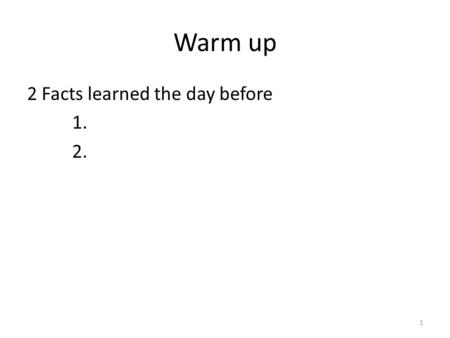 Warm up 2 Facts learned the day before 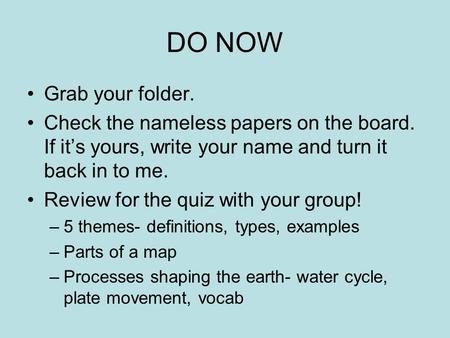 DO NOW Grab your folder. Check the nameless papers on the board. If it’s yours, write your name and turn it back in to me. Review for the quiz with your. 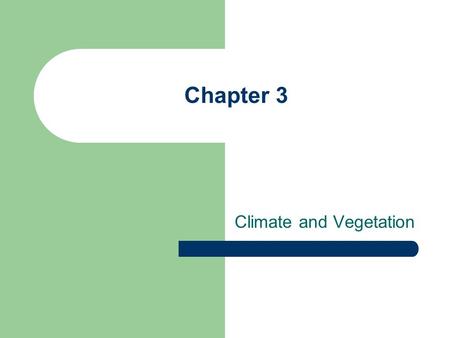