3 PANCREAS LOCATION Located in Epigastrium & Left upper quadrant of abdomen. Pancreas is a soft, lobulated elongated gland with both exocrine and endocrine functions. 6 -10 inch in length and gram in weight. Retro-peritoneal in position Lies across the posterior abdominal wall in a transverse /oblique directions at the transpyloric plane (L1 vertebra). Nov-2014

6 Body Tail It runs upward and to the left.
It is triangular in cross section. The splenic vein is embedded in its posterior surface Tail Narrow, short segment, ending at the splenic hilum Lies in the splenicorenal ligament (may get injured during splenectomy), at the level of the T12 vertebra Anteriorly, related to splenic flexure of colon Nov-2014

9 Pancreatic Ducts Main duct (of Wirsung) runs the entire length of pancreas beginning from the tail. It receives many tributaries from tail, body, neck, inferior portion of head & uncinate process. Joins common bile duct & together they open into a small hepatopancreatic ampulla (Ampulla of Vater) in the duodenal wall The ampulla opens into the lumen of the duodenum by means of a small Papilla, (Major duodenal papilla). Accessory duct (of Santorini) drains superior portion of the head It empties separately into 2nd portion of duodenum at (minor duodenal papilla) Nov-2014

12 Biliary System The biliary system consists of the ducts and organs (bile ducts, liver & gallbladder) that are involved in the production, storage & transportation of bile. Bile is secreted by the liver cells at a constant rate of about 40 ml per hour. When digestion is not taking place, the bile is stored and concentrated in the gallbladder; later, it is delivered to the duodenum. Nov-2014

14 The Bile Ducts The smallest interlobular tributaries of the bile ducts are situated in the portal canals of the liver; they receive the bile canaliculi. The interlobular ducts join one another to form progressively larger ducts and, eventually, at the porta hepatis, form the right and left hepatic ducts. Nov-2014

16 Common Bile Duct (Bile Duct)
The common bile duct is about 3 inches (8 cm) long. Course: First it lies in the right free margin of the lesser omentum. Then it runs behind the first part of the duodenum. Lastly it lies in a groove on the posterior surface of the head of the pancreas. Here, the bile duct comes into contact with the main pancreatic duct Nov-2014

17 Common Bile Duct (Bile Duct)
The bile duct ends below by piercing the medial wall of the second part of the duodenum about halfway down its length. It is usually joined by the main pancreatic duct, and together they open into a small ampulla in the duodenal wall, called the hepatopancreatic ampulla (ampulla of Vater). The ampulla opens into the lumen of the duodenum by means of a small papilla, the major duodenal papilla. The terminal parts of both ducts and the ampulla are surrounded by circular muscle, known as the sphincter of the hepatopancreatic ampulla (sphincter of Oddi). Occasionally, the bile and pancreatic ducts open separately into the duodenum. Nov-2014

18 Gallbladder A pear-shaped sac lying on the undersurface of the liver.
It has a capacity of 30 to 50 ml , it stores bile, which is concentrated by absorbing water. The gallbladder is divided into the fundus, body, and neck. The fundus is rounded and projects below the inferior margin of the liver, where it comes in contact with the anterior abdominal wall at the level of the tip of the ninth right costal cartilage. The body lies in contact with the visceral surface of the liver and is directed upward, backward, and to the left. The neck becomes continuous with the cystic duct, which turns into the lesser omentum, joins the common hepatic duct, to form the bile duct Nov-2014

19 Function of the Gallbladder
The peritoneum completely surrounds the fundus of the gallbladder and binds the body and neck to the visceral surface of the liver. Relations Anteriorly: The anterior abdominal wall and the inferior surface of the liver Posteriorly: The transverse colon and the first and second parts of the duodenum Function of the Gallbladder When digestion is not taking place, the sphincter of Oddi remains closed and bile accumulates in the gallbladder. The gallbladder concentrates & stores bile; selectively absorbs bile salts, keeps the bile acid; it excretes cholesterol; and secretes mucus. To aid in these functions, the mucous membrane is thrown into permanent folds that unite with each other, giving the surface a honeycombed appearance. Nov-2014

20 Blood Supply Lymph Drainage Nerve Supply
The cystic artery, a branch of the right hepatic artery. The cystic vein drains directly into the portal vein. Several very small arteries and veins also run between the liver and gallbladder. Lymph Drainage The lymph drains into a cystic lymph node situated near the neck of the gallbladder. From here, the lymph vessels pass to the hepatic nodes along the course of the hepatic artery and then to the celiac nodes. Nerve Supply Sympathetic and parasympathetic vagal fibers form the celiac plexus. The gallbladder contracts in response to the hormone cholecystokinin, which is produced by the mucous membrane of the duodenum on the arrival of fatty food from the stomach. Nov-2014

21 Cystic Duct The cystic duct is about 1.5 in. (3.8 cm) long and connects the neck of the gallbladder to the common hepatic duct to form the bile duct. It is usually somewhat S-shaped and descends for a variable distance in the right free margin of the lesser omentum. The mucous membrane of the cystic duct is raised to form a spiral fold that is continuous with a similar fold in the neck of the gallbladder. The fold is commonly known as the “spiral valve.” The function of the spiral valve is to keep the lumen constantly open. Nov-2014 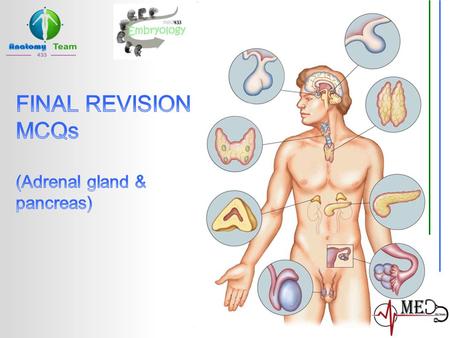 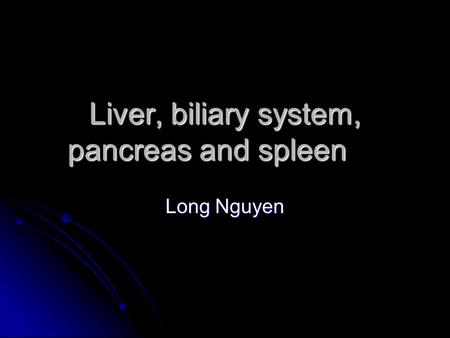 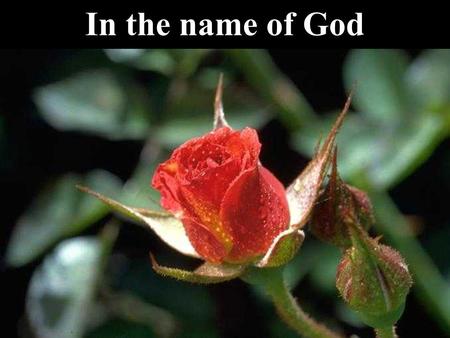 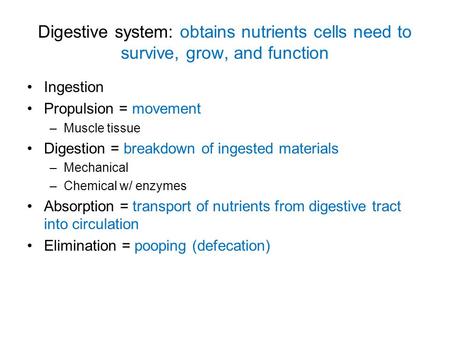 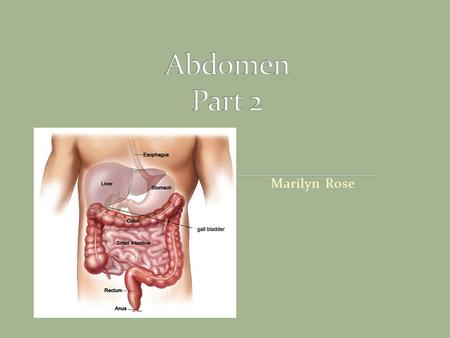 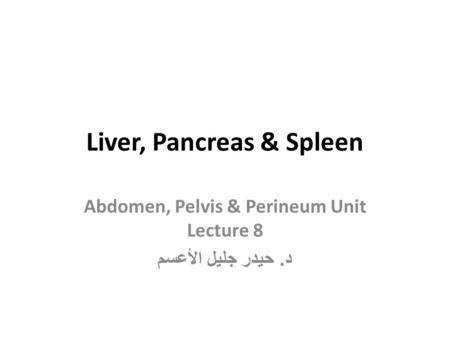 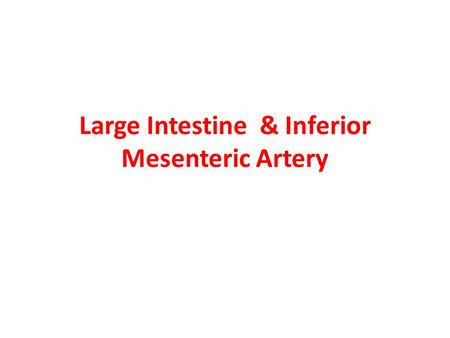 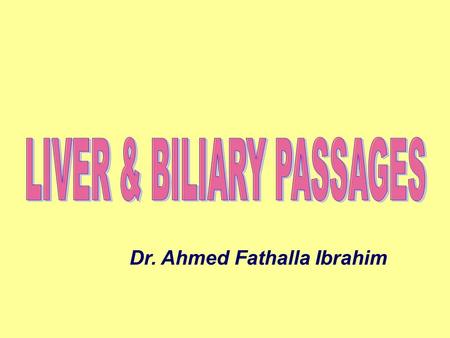 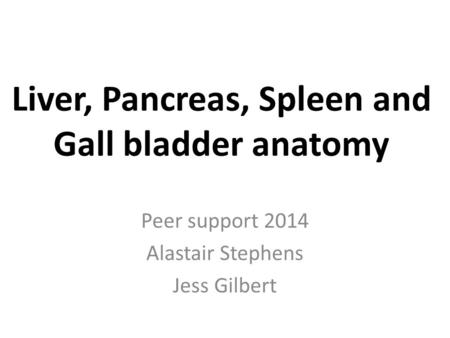 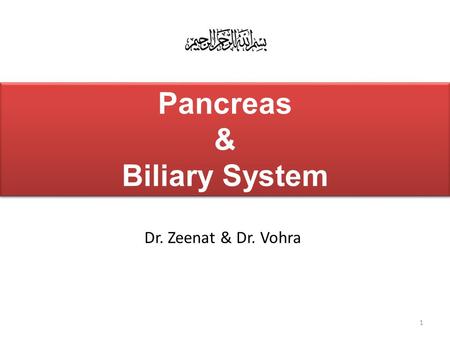 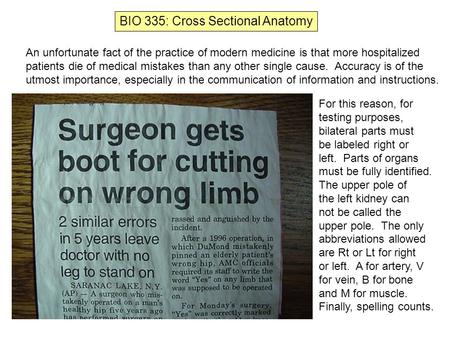 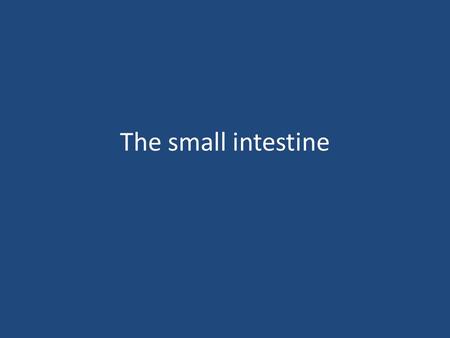 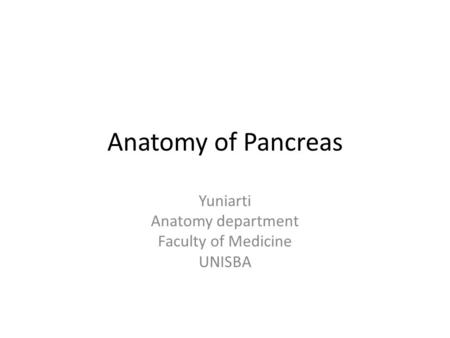 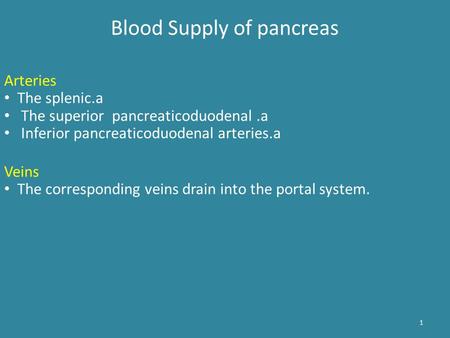 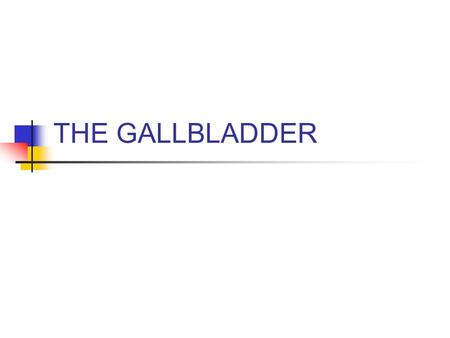 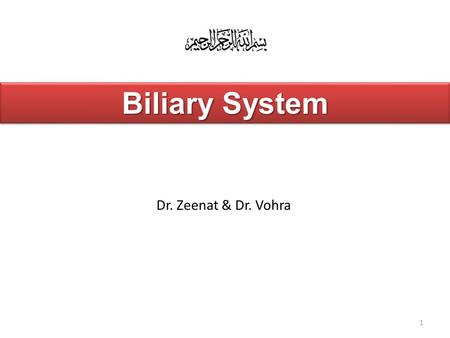