Presentation on theme: "Grammatical frameworks Inflectional morphology. Grammar In the Middle Ages, grammatica […] chiefly meant the knowledge or study of Latin, and were hence."— Presentation transcript:

2 Grammar In the Middle Ages, grammatica […] chiefly meant the knowledge or study of Latin, and were hence often used as synonymous with learning in general […] As this was popularly supposed to include magic and astrology, […] gramaire was sometimes used as a name for these occult sciences. In these applications it still survives in certain corrupt forms, GLAMOUR, GRAMARYE.] GLAMOURGRAMARYE

3 Syntax and inflections syntax: the principles of stringing words together to form larger units of construction such as phrases, clauses, and sentences (ch 5 6 and 7 in the book) inflections: the principles of adapting words according to the grammatical context in which they occur all speakers of a language are subconsciously in possession of both sets of principles

8 Both countable and uncountable > some nouns have both a count form and a non-count form e.g. a piece of cake vs. three cakes some coffee vs. two coffees a bottle of wine vs. Italian wines

9 Aggregate nouns Trousers, scissors, goods have no singular form Police, people look singular but All these nouns take the plural form of the verb They differ from collective nouns (family > families)

10 Collective nouns > refer to groups e.g. family, etc. > they have both a singular and a plural form e.g. family vs. families > the verb they take is either singular or plural e.g.my family is a mess two families were hurt by the earthquake > they are the same as count nouns

12 Sometimes… Sometimes we wouldn’t use the possessive inflection at all: the window of the kitchen the kitchen window BUT NEVER * the kitchen’s window

13 When shall use ? According to Michael Swan, Unfortunately, it is not possible to give useful general rules in this area: the choice of structure often depends on the particular expression. Find interesting examples of the use of possessive and post them on the blog

15 Verb Inflections there are four regular inflections only lexical verbs are affected > -s (3rd person singular) e.g. she walks > -ing (present participle or gerundive) e.g. I like playing football > -ed (past tense) e.g. she called yesterday > -ed (past participle) e.g. they have already watched it

16 Suppletion primary auxiliaries (be, have, and do) are also irregular be is the most irregular suppletion: no inflectional morphemes are added to the base form but completely unrelated forms appear e.g.was/were am/is/are

19 Homework Ex. 1 p. 176 Find interesting examples of the use of possessive and post them on the blog

Download ppt "Grammatical frameworks Inflectional morphology. Grammar In the Middle Ages, grammatica […] chiefly meant the knowledge or study of Latin, and were hence." 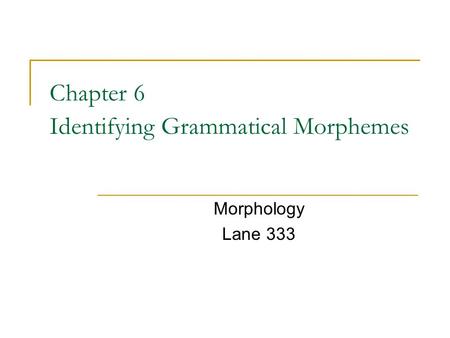 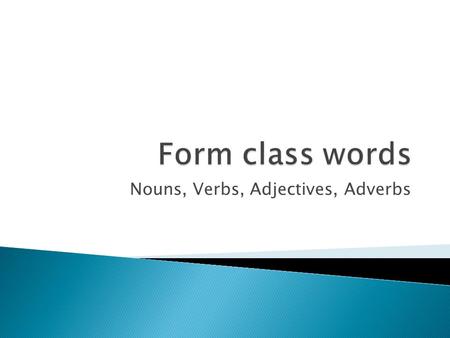 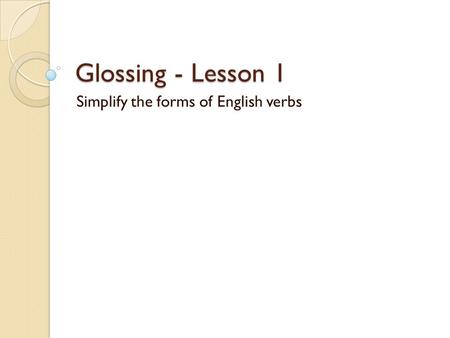 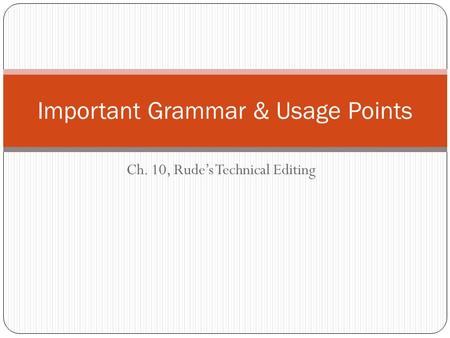 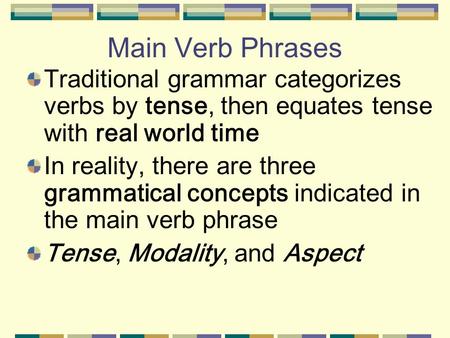 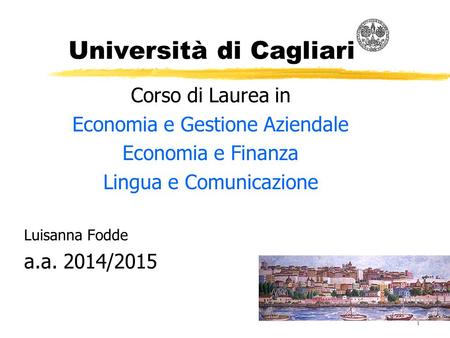 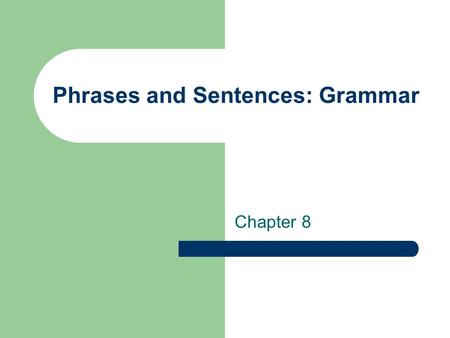 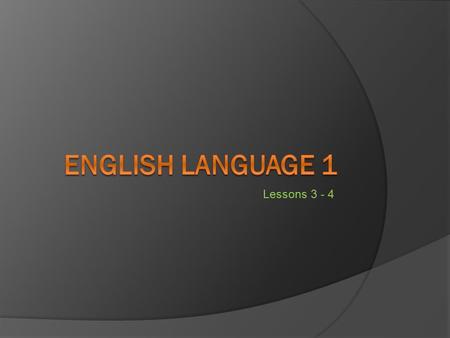 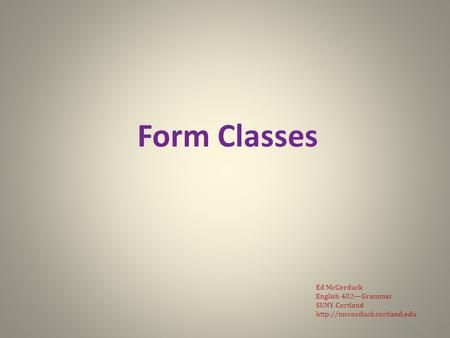