Abstract Earthquakes are one of the most powerful natural disasters that occur in the world. Ground motion and shaking during an earthquake can be detected.

Presentation on theme: "Abstract Earthquakes are one of the most powerful natural disasters that occur in the world. Ground motion and shaking during an earthquake can be detected."— Presentation transcript:

1 Abstract Earthquakes are one of the most powerful natural disasters that occur in the world. Ground motion and shaking during an earthquake can be detected hundreds of miles away from the source. The ground motion and shaking that accompany an earthquake are produced by the waves that are a result of the motion derived from brittle failure of consolidated rock materials. There are three main types of waves, S-waves, P-waves, and surface waves, each of which results in different styles of ground motion. The intensity and the duration of the shaking will be determined by the amount of energy released during the earthquake event. The strength of an earthquake is measured from seismograms using a moment-magnitude calculation (e.g. Richter scale). Earthquakes with magnitudes 3.0 and above can be felt by humans depending on material mechanics and other variables. Shaking and ground motion are associated with a significant portion of infrastructure damage and resulting deaths in an earthquake event. Ground-motion modeling is used to construct seismic hazards maps in the Pacific Northwest. Critical input parameters include seismic sources, wave travel paths, and composition of subsurface materials. This project focuses on ground- shaking processes and hazards mapping in Western Oregon. Earthquake Risks I: Ground Shaking Hazards in Oregon Presented by Thomas VanNice Earth Science Major ES473 Environmental Geology – Spring 2009 Introduction Oregon has many natural hazards one of the worst being earthquakes. A subduction zone, mega thrust, earthquake could result in a lot of damage due to ground motion and movement. The ground motion would be felt extremely well in the Willamette Valley due to the loss unconsolidated soil. Some of the hazards would be liquefaction, uplift and down drop, and would cause intense infrastructure damage. The motion would also be felt in the both the Cascade and Coast Range Mountains. Some of the hazards that would occur in the mountains would be land slides, debris flows, and fault scarp formation. These potential hazards have caused geologists to develop and produce ground motion and hazard maps for populated areas in Oregon. These maps aid the development of urban areas and business districts. Figure 2. Effects of the 2002 Alaskan Earthquake caused extensive ground and slop damage. Magnitude 7.9 on the Richter scale. Wave types There are three main types of waves that result from an earthquake: P- waves, S-waves, and surface waves. There are two types of surface waves– Love and Rayleigh waves. The P-wave is the first wave to register on the seismograph. The P-wave is a compression wave, this allows it to travel fast through the earth. The next wave to arrive at the seismograph station is the S-wave. The S-wave is know as a sin wave for the way it resembles a sin function wave as it travels through the earth. The S-wave is slower then the P-wave but both are faster than surface waves. Because both wave types are “body waves” they travel all of the way through the earth. This is good because it gives us a chance to be able to triangulate the earthquakes epicenter and apply help where needed. The surface waves can be broken into two types Love and Rayleigh waves. Love waves are faster than Rayleigh waves. This causes them to be more destructive than Rayleigh waves. Love waves are the waves that you are most likely to feel during an earthquake. Rayleigh waves are the slowest of all the wave types. They are formed by backwards ellipses that roll. This causes the wavelength to be larger and less frequent. This causes less damage than Love waves. References 1.Earthquake Maps for Oregon (DOGAMI GMS100, 1996) 2.Earthquake Hazards in the Pacific Northwest (Rogers and Priest, 19xx) 3.Potential for EQ damage in Oregon (Wang and Clark, 1999) 4.Projected Risk and Losses due to Earthquake Damage in Oregon (Wang, 1998) 5.Earthquake Risks in Oregon (Wang, 1998) Ground Motion Modeling Ground motion can have a large impact when it comes to infrastructure damage. This is why geologists have developed ground motion acceleration models. Geologists create them by determining things like composition both regolith and bedrock. They also take the moisture or ground water into consideration as well as things like slope angles and preexisting faults. The moment magnitude scale is used as a ground motion model classification mechanism and is used to determine the severity of an earthquake. Conclusion Oregon is a great place to live and people will continue to live in Oregon. However, as Oregonians we need to take the proper steps in developing a system to help predict the size and occurrence interval of earthquakes. We also need to better prepare ourselves in the area of highest risk that we have concluded from the ground motion models that we created, as well as develop a plan that we could set in motion if a large earthquake was to rock the Pacific Northwest. Ground Motion Hazards Ground motion is mainly caused by the Love waves. The hazards that result from ground motion are endless but most commonly are: liquefaction, fault scarp formation, slope failure, debris flows, and extensive infrastructure damage. Liquefaction would cause the most damage in the heavily populated areas, like Portland for example. Portland is built on many feet of loose unconsolidated saturated alluvium, gravels and sands. The shaking from the Love waves would be magnified in areas like this resulting in liquefaction of the soil that the buildings are built on. Some of the other hazards like slope failure and debits flows would be caused by semi-saturated slops that are then shaken off their bedrock foundations. These events would occur mainly in the mountainous regions of Oregon. Fault scarp formation can occur anywhere along a fault and would result in an uplift or down drop from one side of the fault to another. Figure 4. Basic seismograph reading of an earthquake. Figure 1. Effects of the 1906 San Francisco Earthquake caused 524 million dollars in infrastructure damage. Magnitude 7.8 on the Richter scale. Figure 5. Ground motion acceleration model of Oregon in three different sized earthquakes. Figure 3.

Download ppt "Abstract Earthquakes are one of the most powerful natural disasters that occur in the world. Ground motion and shaking during an earthquake can be detected." 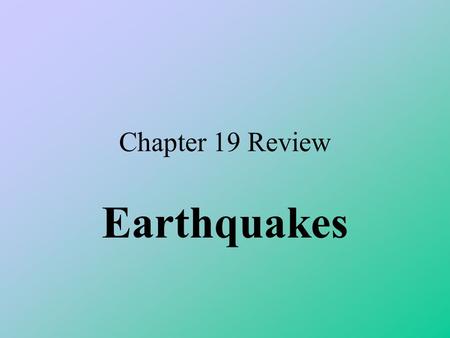 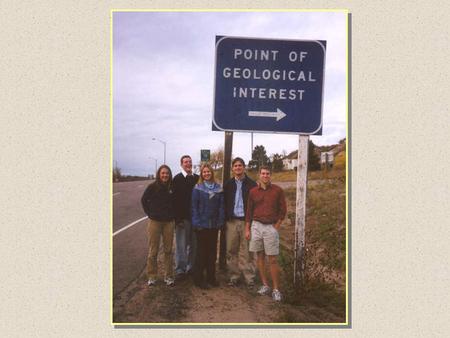 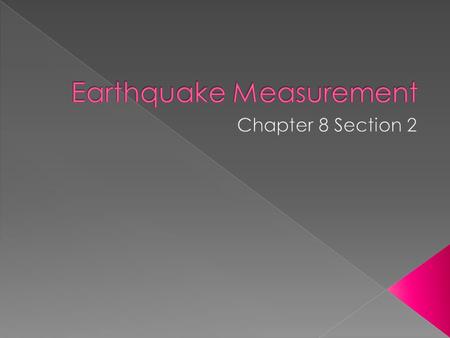 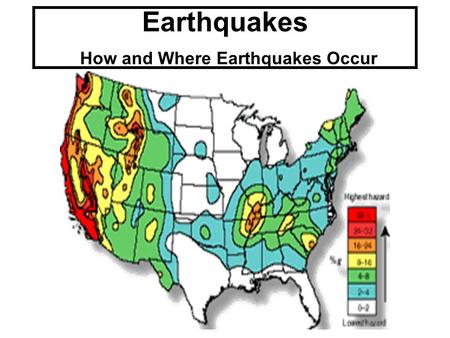 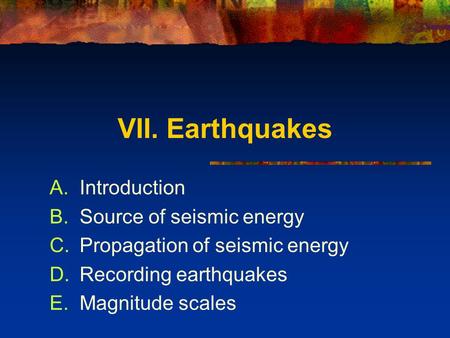 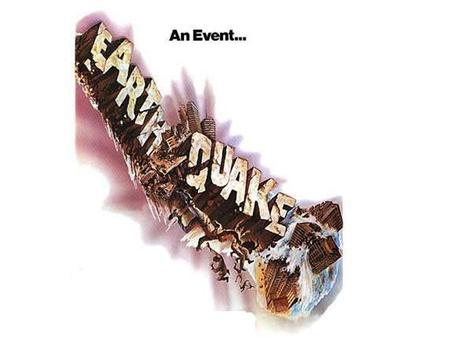 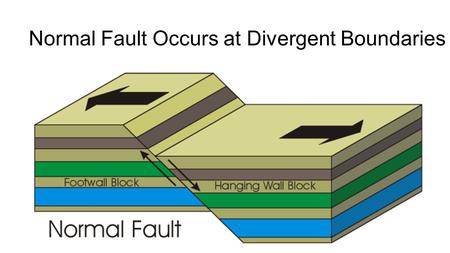 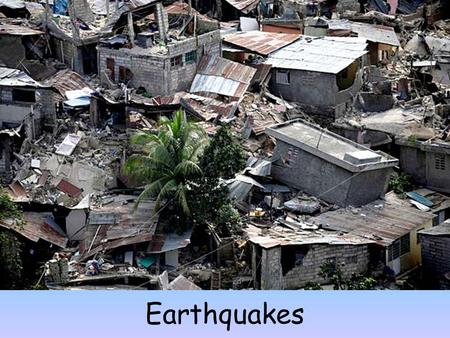 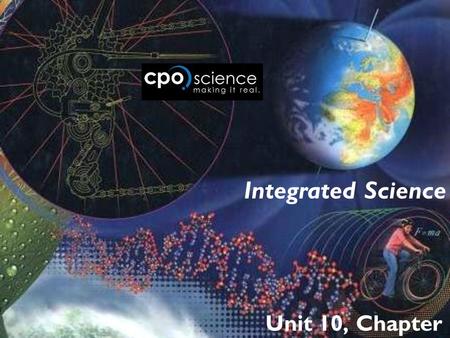 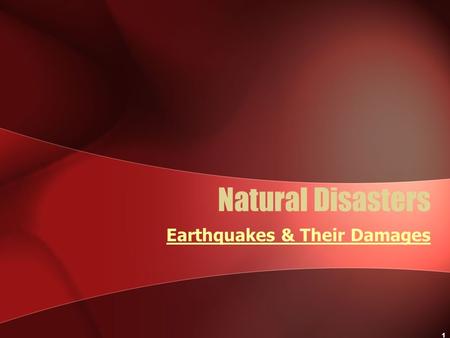