2 Introduction A computer system consists of several hardware and software components. The primary hardware components of a typical computer system include a CPU, main memory RAM, disk drives, a keyboard, a mouse, a monitor, a bus and some other I/O devices. The software components of a typical UNIX system consists of applications, shell, language libraries, system call interface, UNIX kernel, and device drivers. The kernel is the main part of the UNIX operating system and performs all the tasks that deal with allocation and de- allocation of system resources. The shell and the applications consists of what is known as the Application User’s Interface (AUI). The language libraries and system call interface comprise the Application Programmer’s Interface (API).

3 Introduction (cont…) A computer using the UNIX operating system can run many programs for the same user at the same time (multi process and multi tasking), it can also support many different users at once (multi user and time sharing). To operate in a multi user environment, a user must logon and logoff the system, in order to maintain the security of the system and the integrity of the files of all the users. UNIX uses a text based command user interface, which allows typing commands on a command line.

4 What is UNIX?? It is a time sharing operating system- Kernel. A program that controls the resources of a computer and allocate them among its users. It lets users run their program. It controls the peripheral devices. It provide a file system that manages the long- term storage of information, such as programs, data and documents.

5 What is UNIX?? (cont…) In a sense UNIX is often taken to include not only the Kernel, but also essential programs like compilers, editors, command languages, programs for copying and printing files, and so on. The UNIX system sometimes looks more difficult than it is, it is hard for newcomer to know how to make the best of use of the facilities available.

6 Computer System Hardware Main Memory, It is a storage place that comprises a number of storage locations, with each location having an address. It’s purpose is to store the executing programs (Processes). A typical memory size for a time sharing system is about 512MB to 1GB. CPU is the brain of a computer system which execute programs in the memory. CPU can execute only one program at a time. Disks, it is the place where all programs and applications are stored. Bus, it is the hiway of data, addresses, and control signals between all computer’s hardware. I/O devices, It allow the user to run commands and and applications, supply inputs, and capture outputs.

8 Logging On and Logging Out Unix is a multitask, multiuser, and interactive operating system. Unix allow people to share the same computer by logging on to it from terminals or consoles. Three ways to connect to a UNIX system Local Area Network connection. Internet connection. Stand Alone connection.

9 Control Characters The UNIX system is full duplex; the chars you type on the keyboard are sent to the system, which send them back to the terminal to be printed on the screen. The echo is turned on except when you type your password it will be turned off. RETURN key is an example of control chars as invisible chars which control some aspects of input and output on the terminal. It may be typed by pressing the RETURN key itself or ctl-m.

11 Basic UNIX Commands The Mail command; display the mails you have resaved. $mail from john mon sep 21 12:01 give me a call when you get back. ? Press Return- move on to next message or ? d delete this message. To send a mail use the mail command as follows $ mail student1 lunch at 12:30 tomorrow? ctl-d -end of mail $

12 Some Important System Setups You can change some of the default settings that had been set by the system administrator. Setting are stored in a group of environment variables. Each UNIX shell (interface) has it is own set of variables. to display the environment variable use the command setenv or printenv. 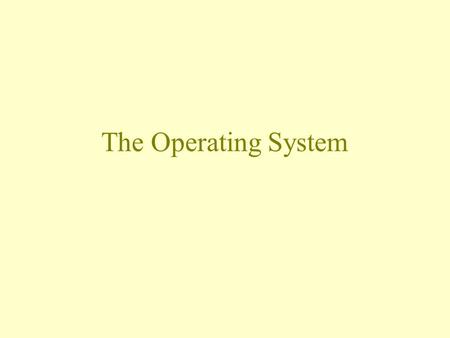 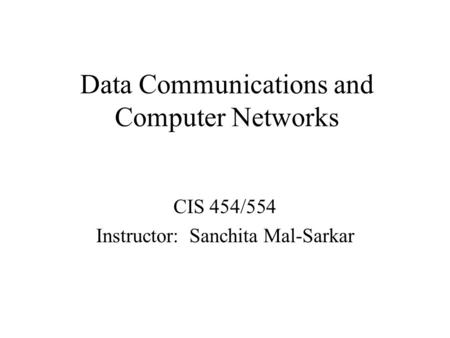 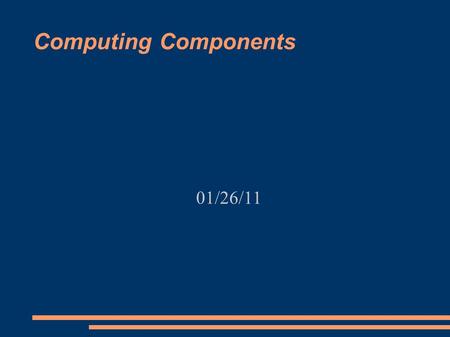 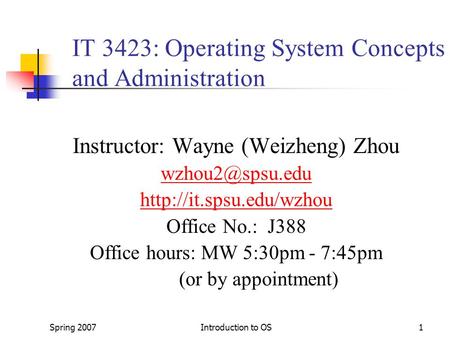 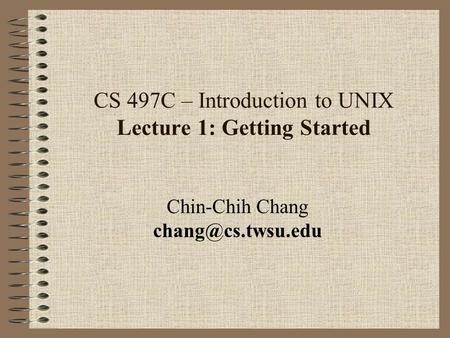 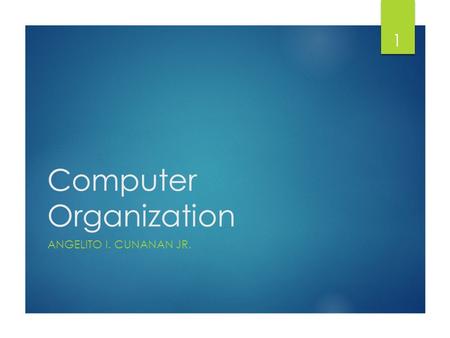