4 Figure: The connection between classification and phylogeny

5 IV. Classification and Phylogeny After the publication of Charles Darwin’s book On the Origin of Species (1859) differences and similarities among organisms became to be seen as the result of their evolutionary history = phylogeny. Phylogenetic Trees = trace evolutionary relationships among taxa. taxa (plural) taxon (singular) = named taxonomic unit at any level.

7 Figure: Monophyletic versus and polyphyletic groups

16 Molecular Clock utility: Goal is to provide an independent assessment for the origin of taxonomic groups in time. Based on the fact: some proteins, cytochrome C and some mitochondrial genomes evolve at a constant rate of evolution over time. Thus, Molecular clocks are calibrated in actual time = graphing differences in sequences against time. However, some proteins and nucleic acids evolve at different rates. Molecular clocks also assume constant Mutation Rate? Utility may be minimal

17 Figure: Dating the origin of HIV-1 M with a molecular clock: In 2000 estimated invasion of aids into humans in 1930s. Evidence also for multiple origins of AIDs invading humans as well.

19 VIII. Science of Phylogentic Systematics C. Cladistic Analysis Clade = evolutionary branch Cladistic analysis groups organisms by order in time, clades arose along a dichotomous tree. Each branching point indicates a novel homology unique to the species on the branch. Uses ONLY homologies to construct trees!!! DOES NOT use level of divergence.

22 VIII. Science of Phylogentic Systematics C. Cladistic Analysis Uses outgroup comparison = to recognize primitive traits members of the study group AND to establish a starting point for the tree. Outgroup = Species or a group of species relatively closely related to study group BUT clearly NOT as related as any study group members are to each other. Outgroup & study group may share primitive characters, likely shared a common ancestor.

25 Figure: Parsimony and the analogy-versus-homology pitfall: 4 chambered heart is analogous NOT homologous

27 Figure: When did most major mammalian orders originate? 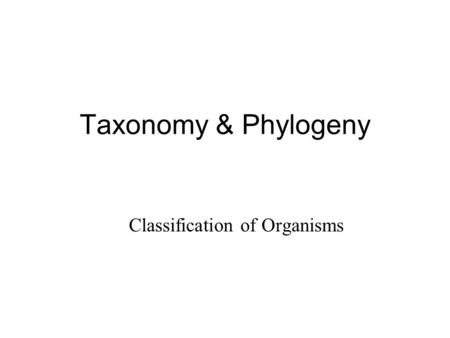 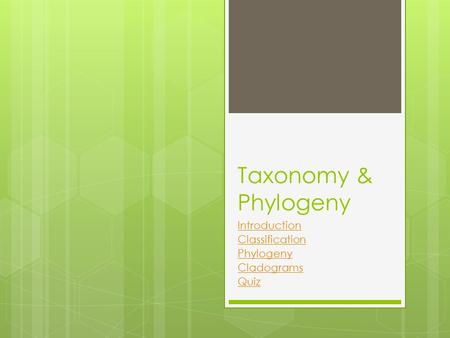 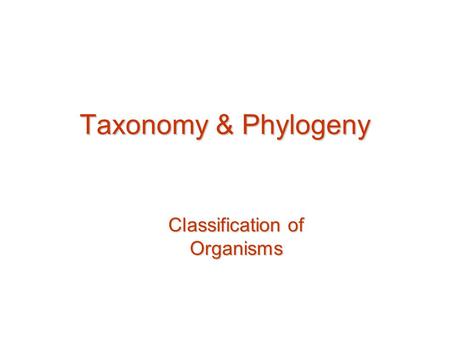 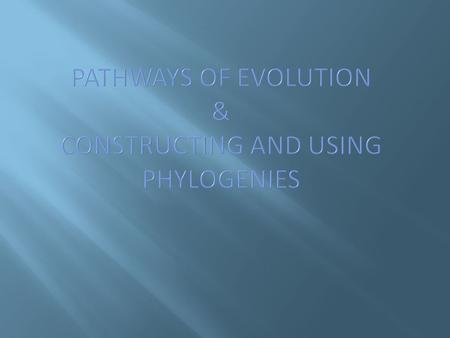 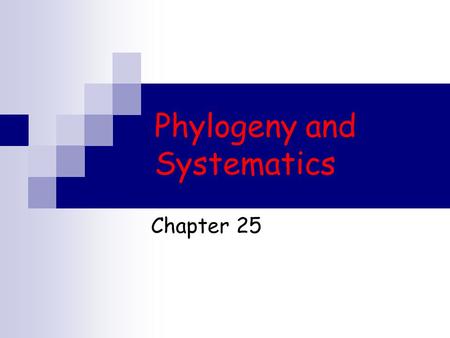 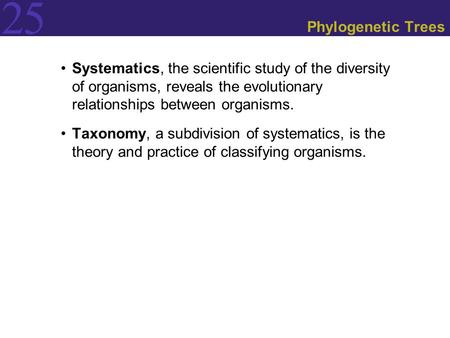 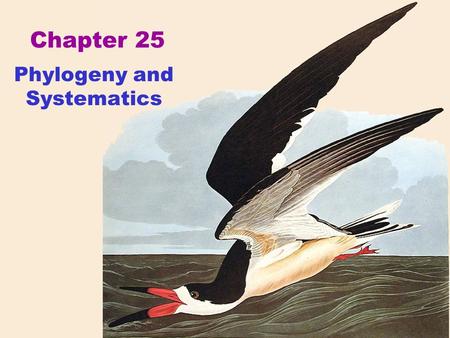 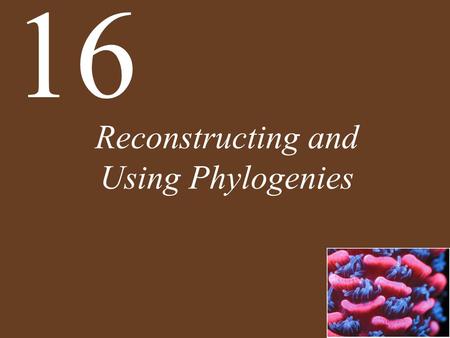 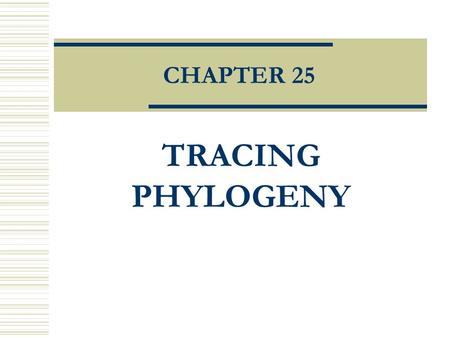 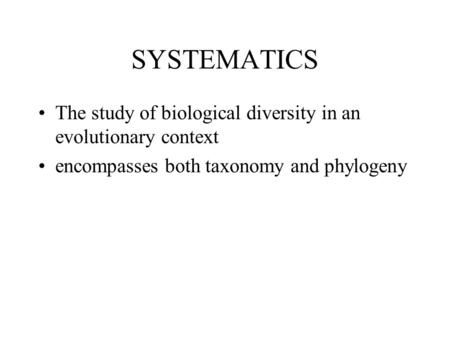 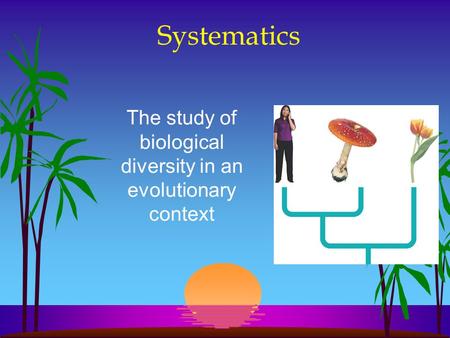