FEAR APPEALS. WHAT ARE FEAR APPEALS? Fear appeals are the persuasive messages that emphasize the harmful physical or social consequences on failing to.

Presentation on theme: "FEAR APPEALS. WHAT ARE FEAR APPEALS? Fear appeals are the persuasive messages that emphasize the harmful physical or social consequences on failing to."— Presentation transcript:

2 WHAT ARE FEAR APPEALS? Fear appeals are the persuasive messages that emphasize the harmful physical or social consequences on failing to comply with the recommendations of the message. Fear appeals draw attention to common fears and/or risks and then associate them with not using the product or service or with not performing a certain action. Fear appeals play on a person’s emotions in a negative manner. Advertising using fear appeals suggest that if the consumer does what the ad recommends, then the suggested harm will not occur

4 ADVERTISERS MUST BE CAREFUL WHEN USING FEAR APPEALS… If the level of fear is too low, a more careful evaluation of the message can occur (you may not buy into the fear). If the level of fear is too high, it might induce self-mechanisms preventing the person from further responding to the message or it might produce aggression toward the brand (the message may freak you out to the point that you tune it out, or you might be angry towards the brand).

7 THIS AD USES FEAR APPEALS TO SHOW THE POTENTIAL PHYSICAL CONSEQUENCES (YELLOW EYES!) OF GETTING HEPATITIS, IF YOU FAIL TO COMPLY WITH THE RECOMMENDATIONS OF THE MESSAGE (GET TESTED).

8 THIS AD USES FEAR APPEALS TO SHOW THE POTENTIAL PHYSICAL CONSEQUENCES (FRIED BRAIN) OF USING DRUGS, IF YOU FAIL TO COMPLY WITH THE RECOMMENDATIONS OF THE MESSAGE (DON’T DO DRUGS).

9 THIS AD USES FEAR APPEALS TO SHOW THE EXTREME POTENTIAL CONSEQUENCES (HEART ATTACK AND DYING) IF YOU DO NOT USE BAYER. THIS AD FOCUSES ON BOTH THREAT AND EFFICACY. THIS AD WILL OBVIOUSLY HAVE MORE OF AN EFFECT ON A PERSON WHO HAS A HISTORY OF HEART PROBLEMS, AND MAY NOT CAPTURE THE ATTENTION OF SOMEONE WHO DOES NOT.

12 POLITICIANS AND FEAR APPEALS "The streets of our country are in turmoil. The universities are filled with students rebelling and rioting. Communists are seeking to destroy our country. Russia is threatening us with her might, and the Republic is in danger. Yes - danger from within and without. We need law and order! Without it our nation cannot survive." - Adolf Hitler When a propagandist warns members of his audience that disaster will result if they do not follow a particular course of action, he is using the fear appeal. By playing on the audience's deep-seated fears, practitioners of this technique hope to redirect attention away from the merits of a particular proposal and toward steps that can be taken to reduce the fear. This is also how George Bush approached the election (with the War on Terror).

13 EFFECTIVENESS OF FEAR APPEALS Social psychologists and communication scholars have been conducting empirical studies in order to learn more about the effectiveness of fear appeals. Some have criticized the conceptualization of the studies, and others have found fault with the experimental methods, but the general conclusions are worth considering, if not accepting. "All other things being equal, the more frightened a person is by a communication, the more likely he or she is to take positive preventive action."(Pratkanis and Aronson, 1991) Fear appeals will not succeed in altering behavior if the audience feels powerless to change the situation. Fear appeals are more likely to succeed in changing behavior if they contain specific recommendations for reducing the threat that the audience believes are both effective and doable.

14 CONCLUSION “As a theory, Fear Appeals explain how fear can be used as a motivator for positive behavior, a reaction, or even lifestyle change. This theory is very useful among those who must persuade others to make a change in their life when they really do not want to”

Download ppt "FEAR APPEALS. WHAT ARE FEAR APPEALS? Fear appeals are the persuasive messages that emphasize the harmful physical or social consequences on failing to." 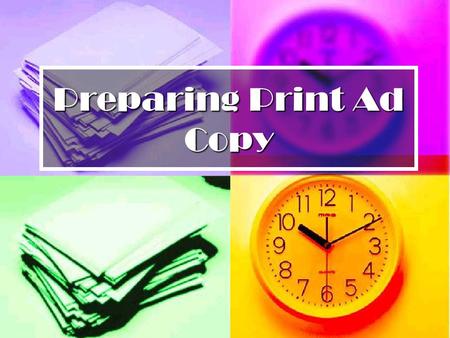 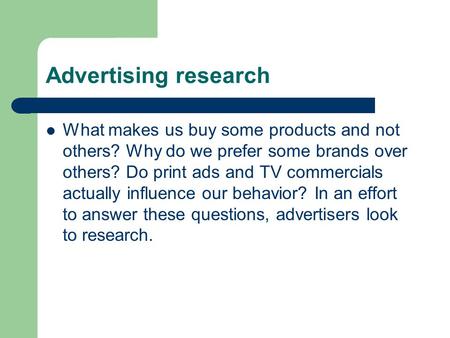 Advertising research What makes us buy some products and not others? Why do we prefer some brands over others? Do print ads and TV commercials actually. 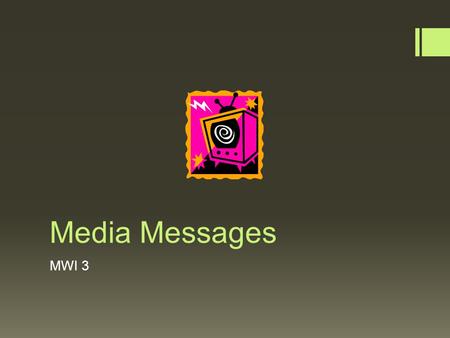 Media Messages MWI 3. Media Messages  Media messages are those distributed by organizations with the intent of communicating an idea or ideas to a wide. 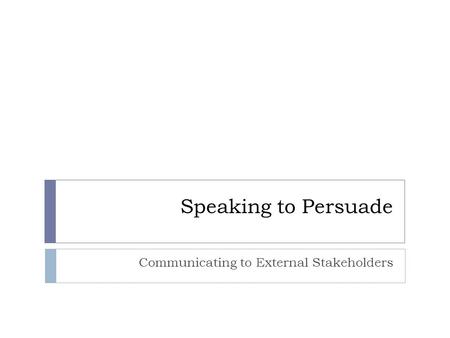 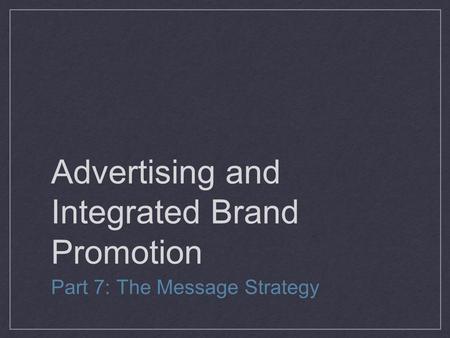 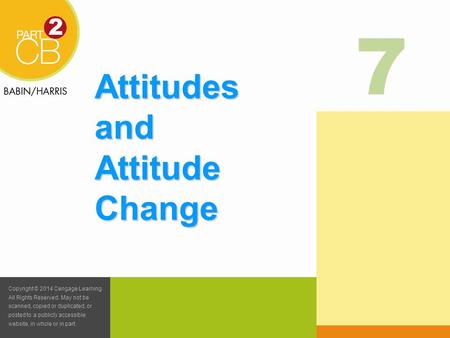 1 Copyright © 2014 Cengage Learning. All Rights Reserved. May not be scanned, copied or duplicated, or posted to a publicly accessible website, in whole. 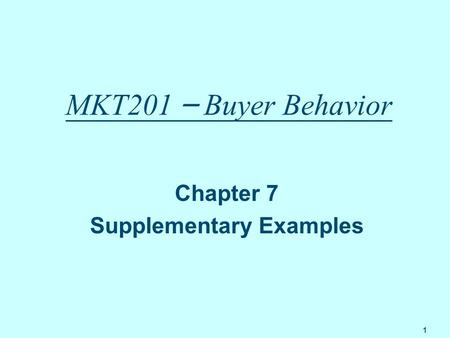 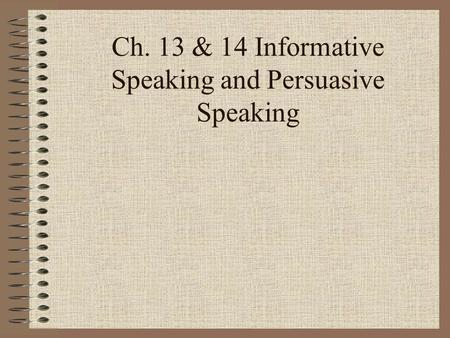 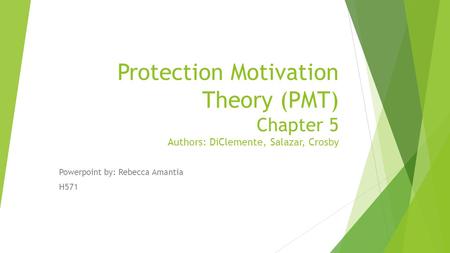 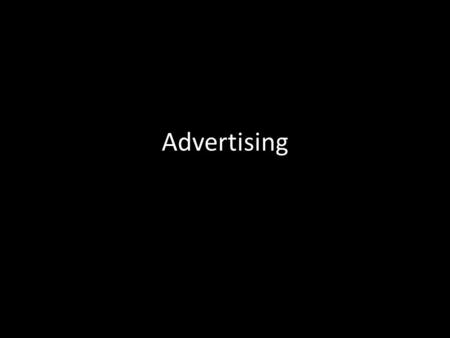 Advertising. This is an introduction to your Advertising Unit In the unit you will learn how and why advertisers influence an audience. Your assessment. 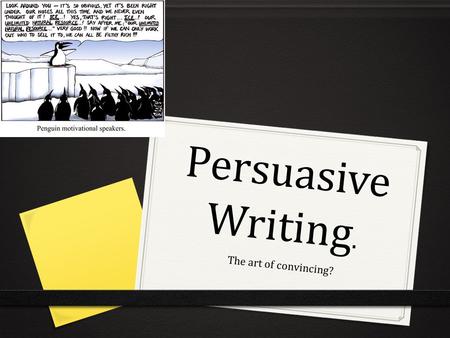 Persuasive Writing. The art of convincing? Can you convince me to….. 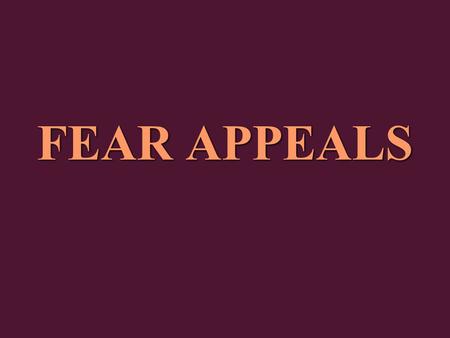 FEAR APPEALS. What are Fear Appeals? Fear appeals are the persuasive messages that emphasize the harmful physical or social consequences on failing to. 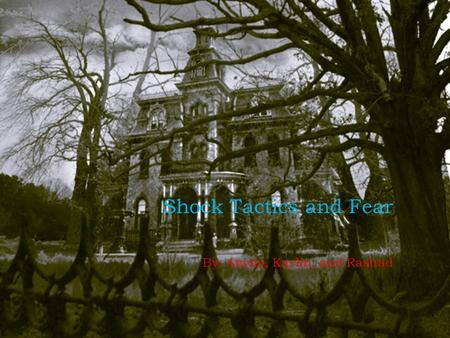 Shock Tactics and Fear By: Amyia, Kaylin, and Rashad. 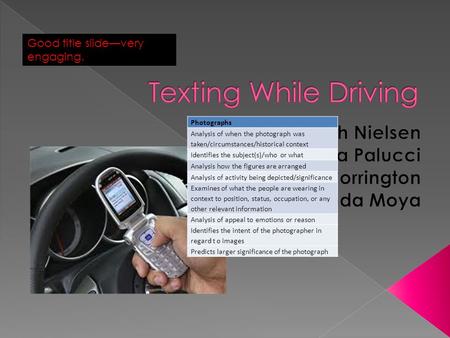 Good title slide—very engaging. Photographs Analysis of when the photograph was taken/circumstances/historical context Identifies the subject(s)/who or.