3 The Medical Examiner's office calls to inform you that they are investigating the sudden death of one of your patients. The patient in question was a 23-year-old man recently evaluated in your office after an episode of syncope that occurred shortly after a funeral for a 21-year-old cousin who had also died suddenly. Your patient's episode of syncope was associated with transient mild dyspnea on exertion and palpitations. There was no associated chest pain. The patient denied prior medical illness.

4 He had never been told he had a heart murmur, and there was nothing in his history to suggest prior acute rheumatic fever. Physical exam revealed a forceful systolic heave. The chest radiograph showed cardiomegaly with slight atrial enlargement. An EKG confirmed the presence of left ventricular hypertrophy (LVH). Serum markers of cardiac injury (enzymes, troponin) were negative for myocardial infarction

5 The patient had been referred to a cardiologist for an echocardiogram to rule out hypertrophic cardiomyopathy, valvular heart disease, or coarctation of the aorta. The medical examiner relates that the patient collapsed suddenly at work while unloading a truck. Extended attempts to revive him were unsuccessful, and he was pronounced dead at the hospital a few hours later.

Aortic Stenosis Obstruction to outflow is most commonly localized to the aortic valve. However, obstruction may also occur above or below the valve. 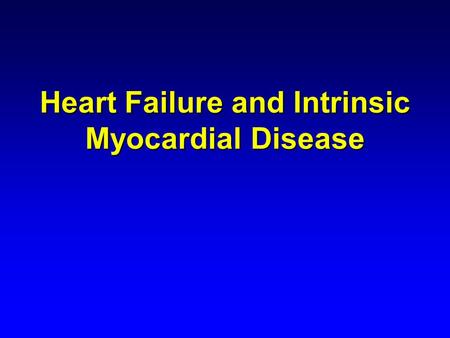 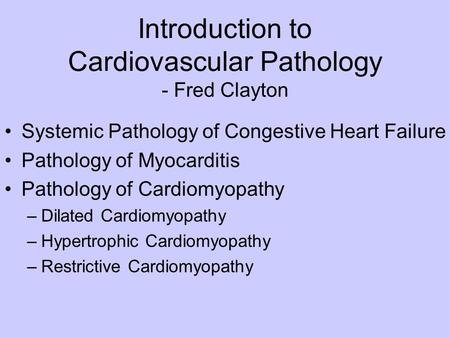 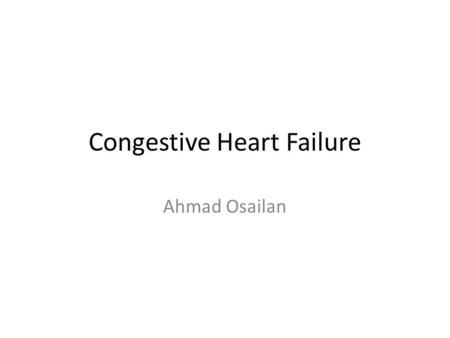 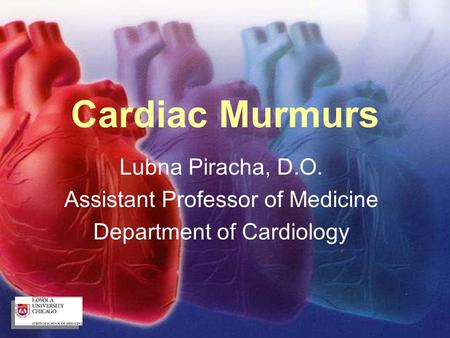 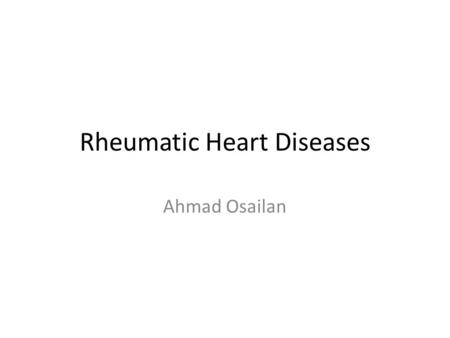 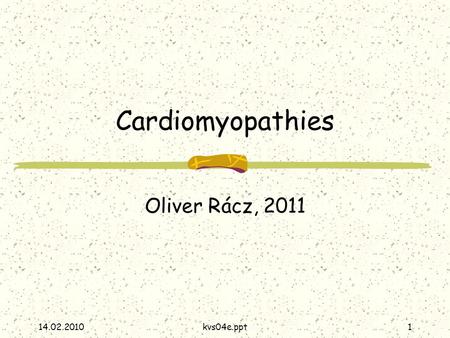 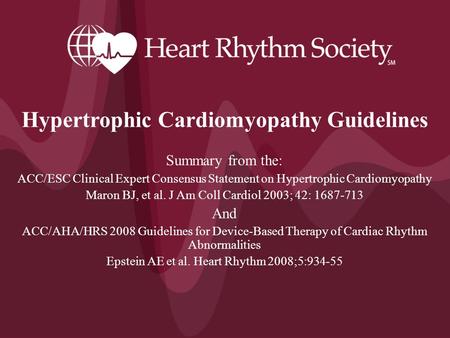 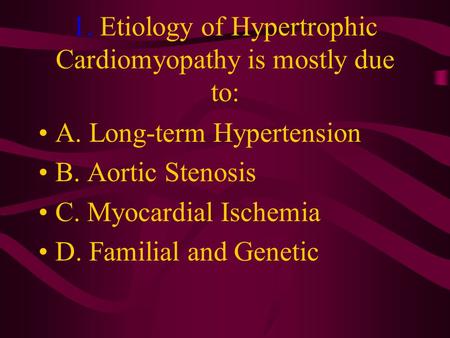 1. Etiology of Hypertrophic Cardiomyopathy is mostly due to: A. Long-term Hypertension B. Aortic Stenosis C. Myocardial Ischemia D. Familial and Genetic. 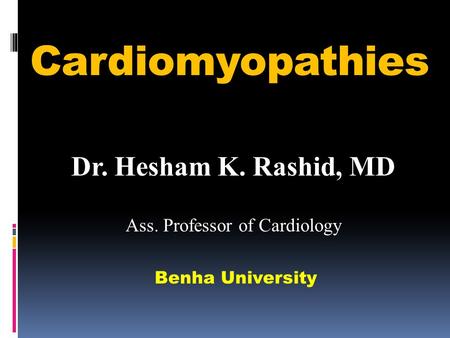 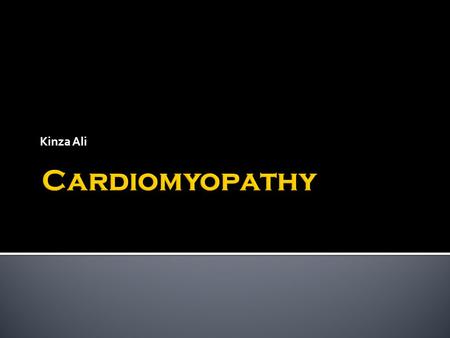 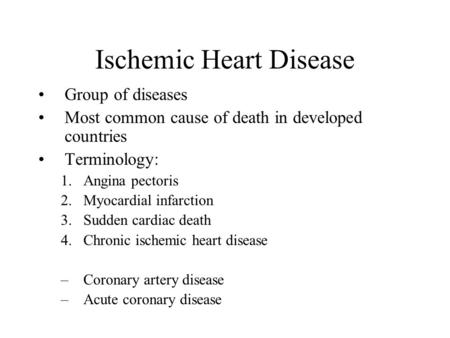 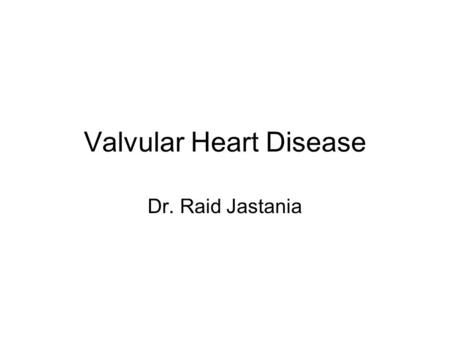 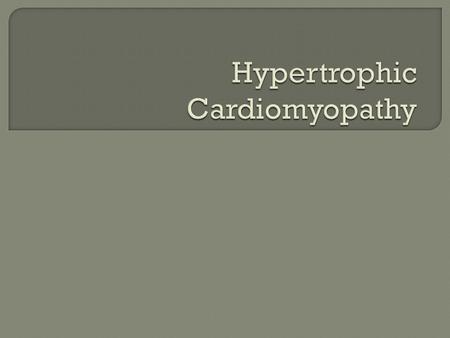 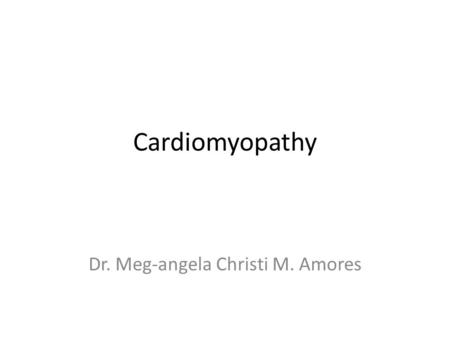 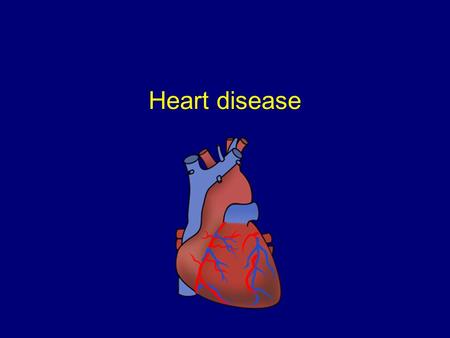 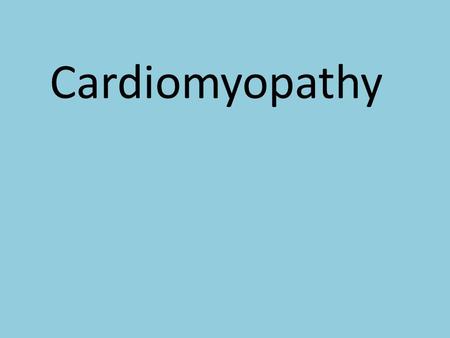 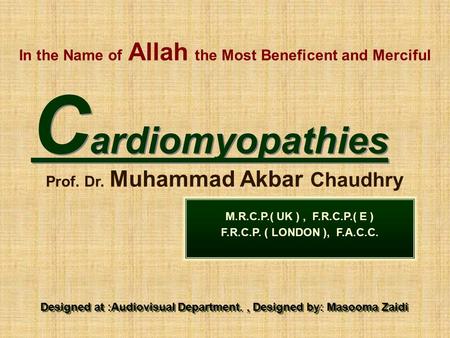 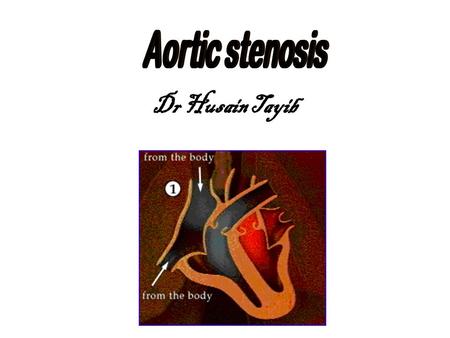