2 Neil Armstrong Neil Alden Armstrong was born on August 5, 1930, in Auglaize County near Wapakoneta, Ohio. In 1947, Armstrong attended the University of Purdue, but in 1949 was called into active duty by the Navy. As a navy pilot, he flew seventy-eight combat missions and received three medals for his military service. The next seventeen years of his life he spent working for NASA (National Aeronautics and Space Administration) as an engineer, astronaut, administrator, and test pilot. NASA chose Armstrong to be an astronaut in 1962, and his first mission was as backup command pilot for the Gemini V mission. In 1969, after successful completion first mission, he was name commander of the Apollo Xl mission to the moon in 1969. His crew included Michael Collins, command module pilot, and Edwin "Buzz" Aldrin, lunar module pilot. On July 20, 1969, Armstrong became the first man to walk on the moon, and made his famous statement, "That's one small step for a man, one giant leap for mankind." Aldrin joined him, and they spent two and half-hours collecting samples, doing experiments, and taking photographs on the lunar surface. Armstrong received numerous awards and medals for his achievements, including the Medal of Freedom, the highest award a United States civilian can receive. Self Check Neil Armstrong Solar System Space Shuttles

3 Solar System The Solar System believed by scientists to have began forming 10 to 12 billion years ago as swirling gas and dust which formed a dense core. The core, with most of the mass, collapsed around 5 or 6 billion years ago and later became the Sun. The small amount of remaining material swirled into a disk. Some of it crashed together and formed planets. That's the main theory, at least, and though most scientists think that's how it happened, there are a handful of other explanations. The solar system consists of the Sun and the nine planets, over 100 satellites of the planets, and a large number of small bodies (the comets and asteroids). The inner solar system contains the Sun, Mercury, Venus, Earth and Mars.The planets of the outer solar system are Jupiter, Saturn, Uranus, Neptune and Pluto. The orbits of the planets are ellipses with the Sun at one focus, though all except Mercury and Pluto are very nearly circular. They all orbit in the same direction (counter-clockwise looking down from above the Sun's north pole); all but Venus, Uranus and Pluto also rotate in that same sense. Self Check Neil Armstrong Solar System Space Shuttles

4 Space Shuttles are the main element of America's Space Transportation System and are used for space research and space applications. The shuttles are the first vehicles capable of being launched into space and returning to earth on a routine basis. Space shuttles are used as orbiting laboratories in which scientists and mission specialists conduct a wide variety of scientific experiments, and study and photograph stars, galaxies, the planets, and other bodies in and beyond the universe. Crews aboard space shuttles place satellites in orbit. They also rendezvous with satellites to carry out repairs and return them to orbit. Satellites are also returned to earth in space shuttles for refurbishment and reuse. In orbit, space shuttles circle the earth at a speed of about 17,500 mph. Each orbit is about 90 minutes and the crew sees a sunrise or a sunset every 45 minutes. Self Check Neil Armstrong Solar System Space Shuttles

5 Self-Check 1.) What was the name of the mission that Neil Armstrong and his crew landed on the moon in 1969? Gemini VApollo XII Apollo XIApollo X Self Check Neil Armstrong Solar System Space Shuttles

7 Correct! 3.) How long does it take the crew of a space shuttle to see a sunrise or sunset? 45 Minutes 30 Minutes 15 Minutes 60 Minutes Self Check Neil Armstrong Solar System Space Shuttles 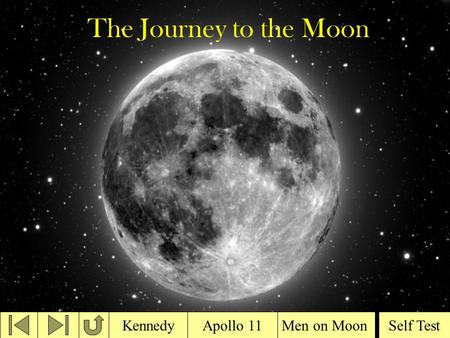 The Journey to the Moon Men on MoonApollo 11KennedySelf Test. 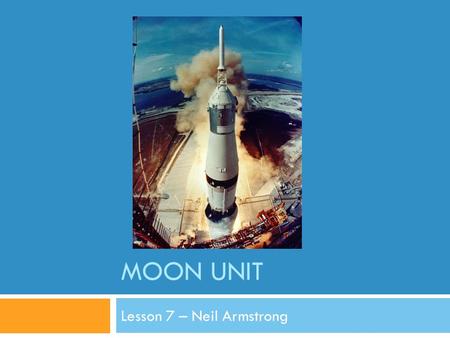