Impact of LTE in Unlicensed Spectrum on Wi-Fi

Presentation on theme: "Impact of LTE in Unlicensed Spectrum on Wi-Fi"— Presentation transcript:

2 July 2014 Background 3GPP is considering extending the use of LTE into the unlicensed spectrum as a seamless approach to enable traffic offload. This new approach is dubbed LTE Unlicensed (LTE-U). LTE-U, being a centralized scheduling system, will change the ecosystem in unlicensed spectrum. LTE-U introduces new coexistence challenges for other technologies operating in the same unlicensed bands, particularly for legacy Wi-Fi. Alireza Babaei, CableLabs

3 DL Control and Reference Signals
Month Year doc.: IEEE yy/xxxxr0 July 2014 LTE Quiet Period quiet period LTE is an “almost” continuously transmitting protocol. A Wi-Fi device needs to wait for a “quiet” period, when LTE is not transmitting, before attempting to transmit. Even when LTE is not transmitting data, it periodically transmits a variety of Control and Reference Signals. LTE “quiet” period depends on the periodicity of these signals. For FDD LTE mode, the maximum quiet period is only 215 μsec (depicted here). In the absence of data, or when subframes are intentionally muted, maximum LTE quiet period is 3 msec in TD-LTE mode. DL Control and Reference Signals (LTE FDD) It will be difficult for Wi-Fi to grab the channel from LTE, and it will be at the discretion of the eNodeB scheduler Alireza Babaei, CableLabs John Doe, Some Company

6 Coexistence with Duty Cycle LTE
Month Year doc.: IEEE yy/xxxxr0 July 2014 Coexistence with Duty Cycle LTE LTE On LTE Off Duty Cycle Period Duty Cycle: % of cycle LTE is active time Wi-Fi access gaps when LTE is off One popular concept for spectrum sharing is Duty Cycling Allow LTE to occupy the channel for fixed (or semi dynamic) percentage of time for each period Selection of the period (in milliseconds) is critical to the performance on Wi-Fi network Alireza Babaei, CableLabs John Doe, Some Company

9 July 2014 Conclusions The Listen-Before-Talk mechanism used by Wi-Fi devices coupled with continuous transmission of LTE traffic channels (hence small time gap even in the absence of data) lead to Wi-Fi users having little chance to sense a clear channel and deem it suitable for transmission. The Duty Cycle Approach for Coexistence of LTE and Wi-Fi provides one approach for airtime sharing between LTE and Wi-Fi The Wi-Fi delay increases significantly for larger duty cycle periods. Alireza Babaei, CableLabs

10 July 2014 References A. Babaei, J. Andreoli-Fang and B. Hamzeh, “On the Impact of LTE-U on Wi-Fi Performance,” To appear in Proceedings of IEEE PIMRC 2014. Alireza Babaei, CableLabs

Download ppt "Impact of LTE in Unlicensed Spectrum on Wi-Fi" 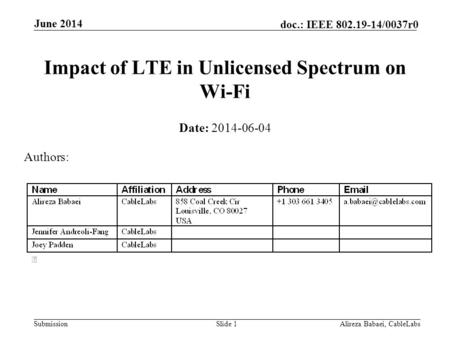 Impact of LTE in Unlicensed Spectrum on Wi-Fi 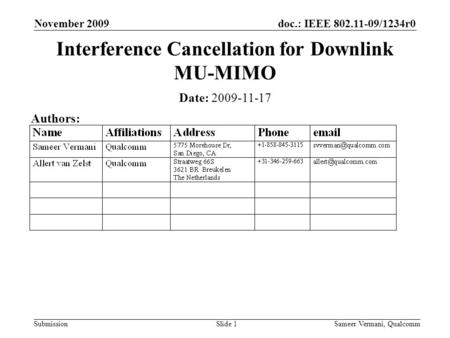 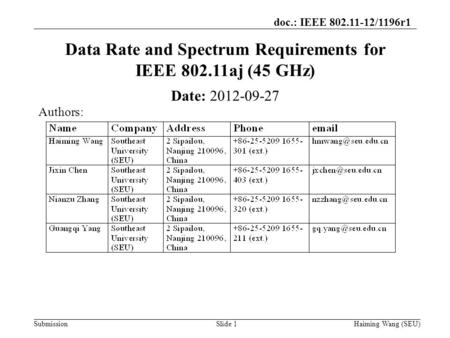 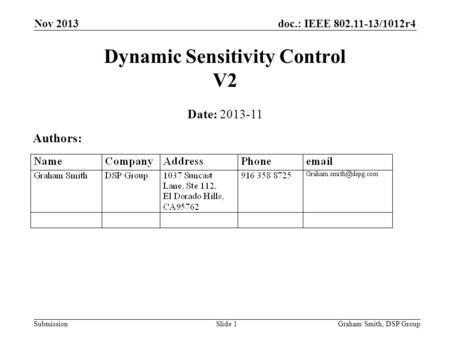 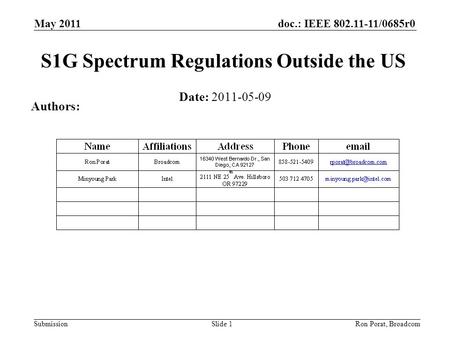 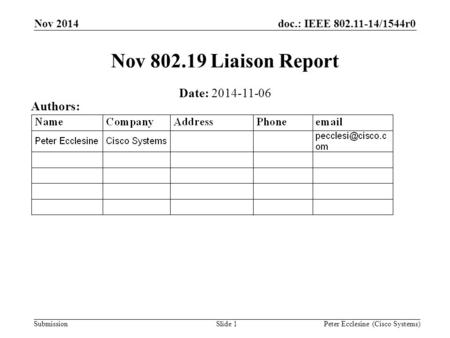 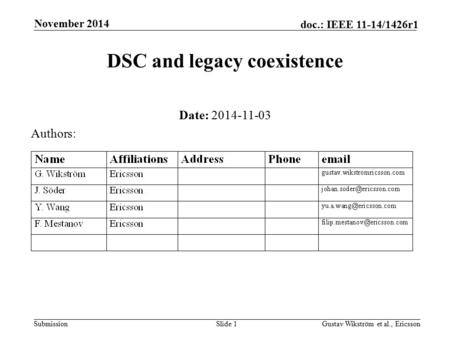 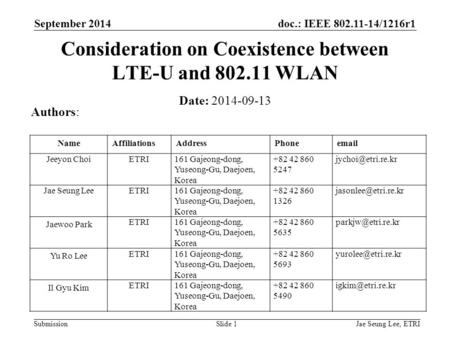 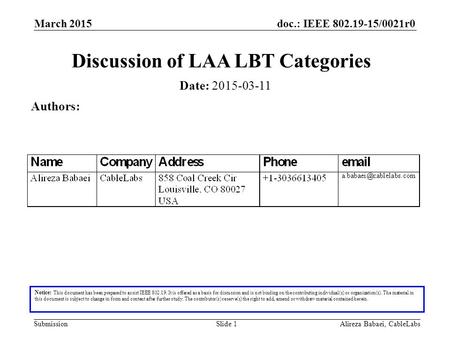 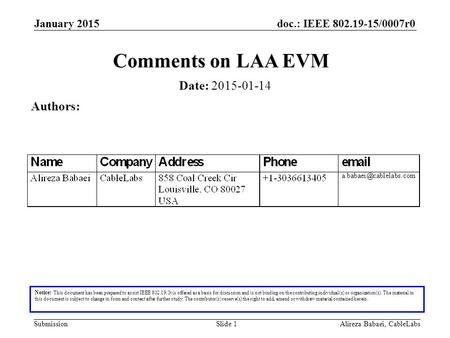 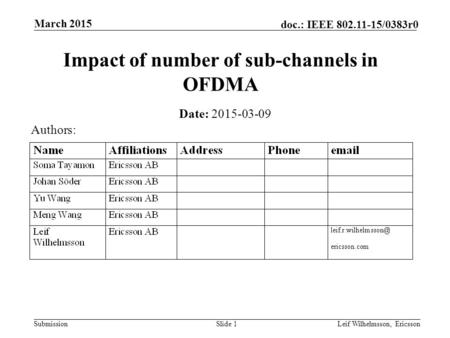 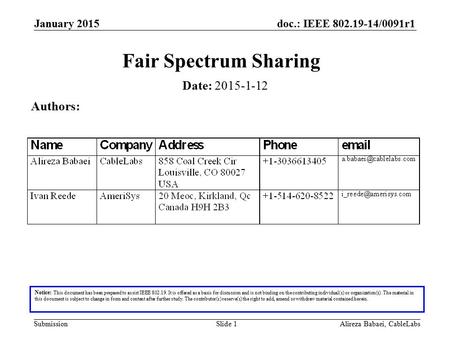 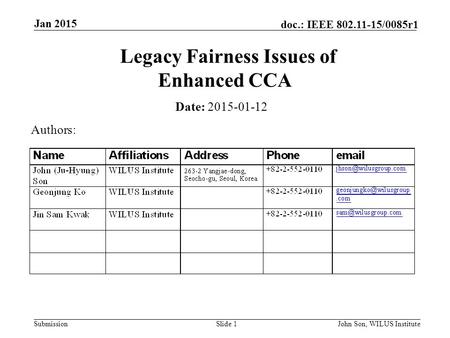 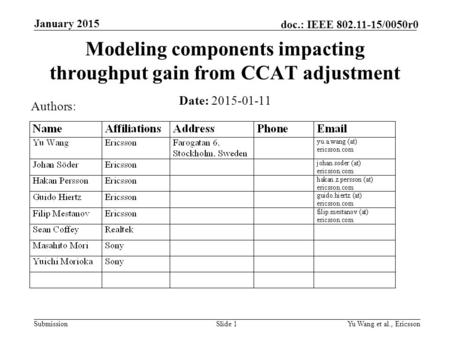 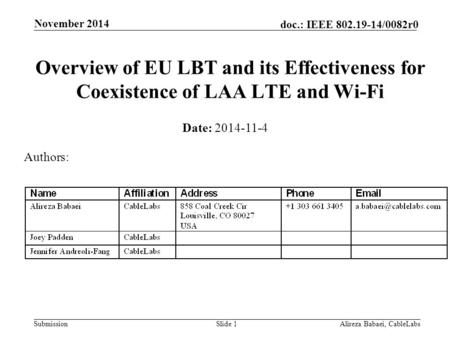 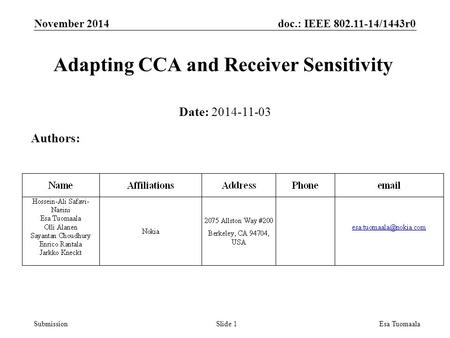 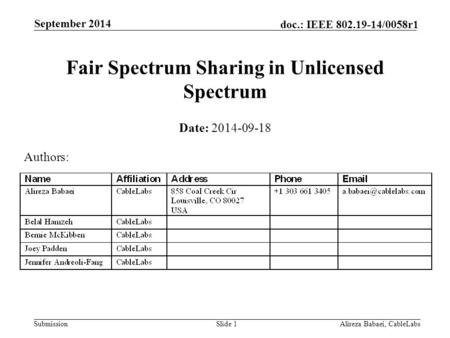 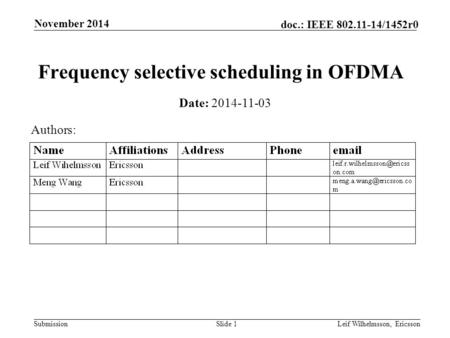 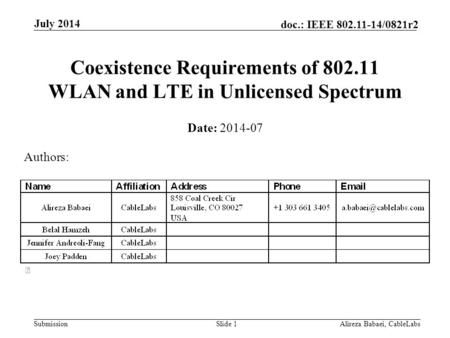