2 Background The International Organisation of Supreme Audit Institutions (INTOSAI) was founded in 1953 at the initiative of Emilio Fernandez Camus, then President of the SAI of Cuba. INTOSAI is an autonomous, independent and non-political organisation. Started with 34 members. It has 192 Full Members and 5 Associated Members. In 2004, INTOSAI adopted its 2005–10 Strategic Plan, which enumerates its Mission, Vision, and Core Values and identifies four Strategic Goals in the areas set out below. Goal 1 :Accountability and Professional Standards, Goal 2 :Institutional Capacity Building, Goal 3 : Knowledge Sharing and Knowledge Services, and Goal 4 : Model International Organization. The present INTOSAI Strategic Plan is from 2011 to 2016 Comptroller and Auditor General of India2

8 Activities of KSC  The KSC Steering Committee approves exposure drafts of the various International Standards for Supreme Audit Institutions (ISSAIs) and INTOSAI Guidance for Good Governance (INTOSAI GOVs) as and when the same are received from the respective Working Groups.  The documents (i.e. ISSAIs or INTOSAI GOVs) are finalized by following the prescribed ‘Due Process for professional standards’ and drafting conventions for level-4 ISSAIs.  Six ISSAIs and one INTOSAI GOV developed by the Working Groups under KSC were endorsed by the XXI INCOSAI held in Beijing, China in October 2013.  An Official INTOSAI document, “Communicating and Promoting the Value and Benefits of Supreme Audit Institutions: An INTOSAI Guideline“; and an IDI- WGITA IT Audit Handbook and ‘Guidelines on Key Performance Indicators methodology for auditing IT programmers' were also approved by the XXI INCOSAI.  As on date, various ISSAIs/INTOSAI GOVs are being developed by the Working Groups under KSC (Goal-3). Comptroller and Auditor General of India8

10 THANK YOU Comptroller and Auditor General of India10 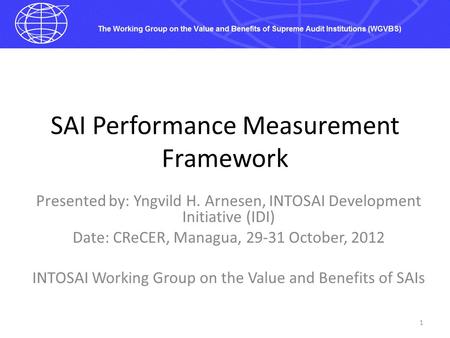 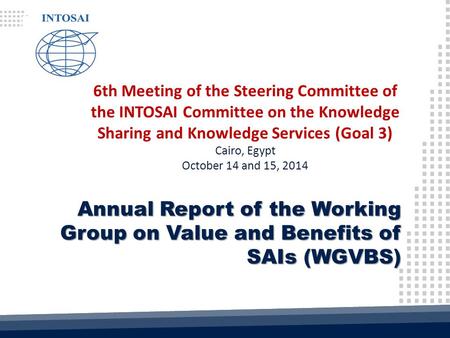 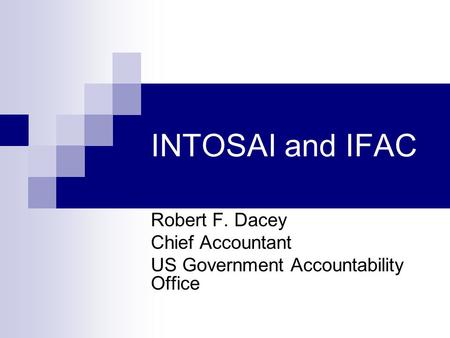 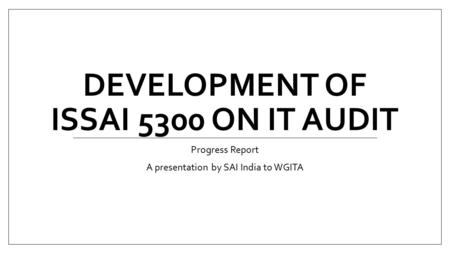 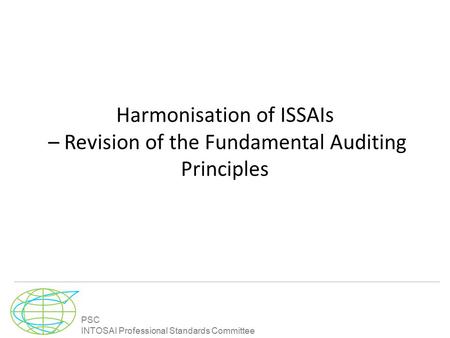 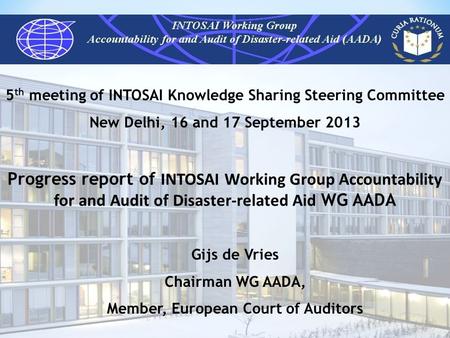 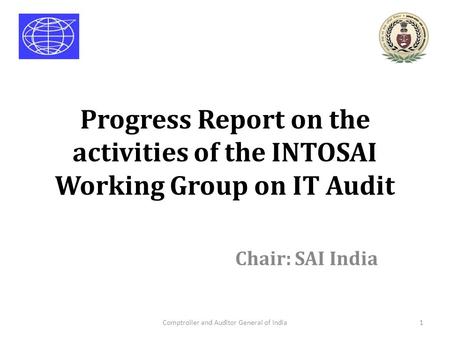 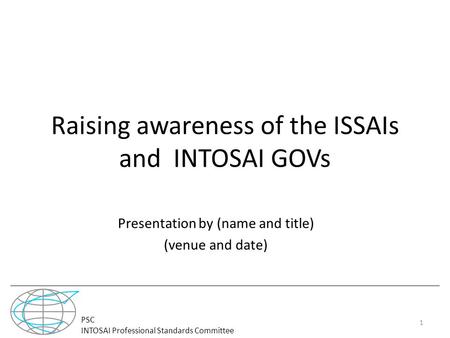 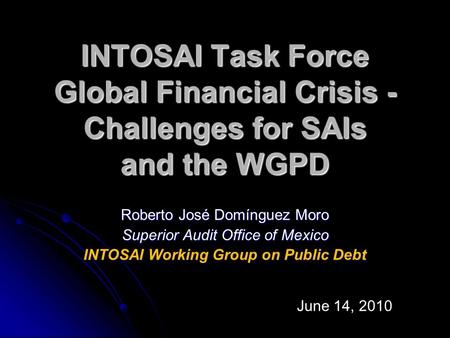 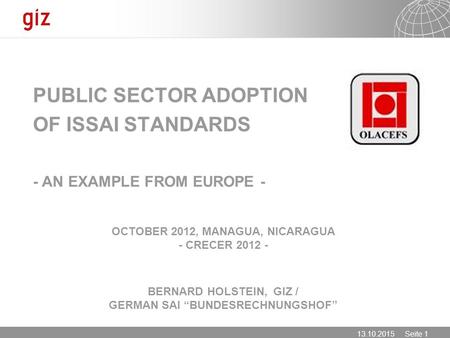 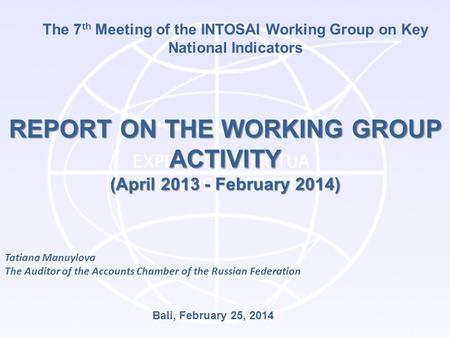