7 doc.: IEEE 802.11-14/1579r0 Agenda Introduction Purpose –Improve the working relationship between the technical experts and the regulatory specialists, especially when it comes to critical technical issues Scope –The group will review new regulatory changes or impending changes affecting 802.11 and 802.15 standards –Each meeting will focus on the most critical issue at the time Critical Issue Focus –Direct impact on IEEE 802.11 and 802.15 current and future standards –Response/Input deadlines –Coordination with IEEE 802.18 (RR-TAG) –Coordination with the Wi-Fi Alliance Outputs from this group must go through 802.18 Rich Kennedy, MediaTek December 2014

13 doc.: IEEE 802.11-14/1579r0 Agenda DSRC Coexistence Tiger Team Meeting for over one year Two proposals –Proposal #1 has potential and some support from the auto industry –Proposal #2 best for 802.11ac, but has no support from automakers, DOT Regulators have stated they will not make changes to DSRC channelization We will close this effort shortly –Unless a compromise is proposed before November, the SC will vote on continuation of the Tiger Team beyond January 2015 in San Antonio –Tiger Team will straw poll options to guide SC voting Many from DSRC community do not have IEEE802.11 voting rights Purpose of the TT was to include them regardless of voting rights What should be the deliverables if no compromise is reached? We will inform the FCC of the results when the process completes December 2014 Rich Kennedy, MediaTek 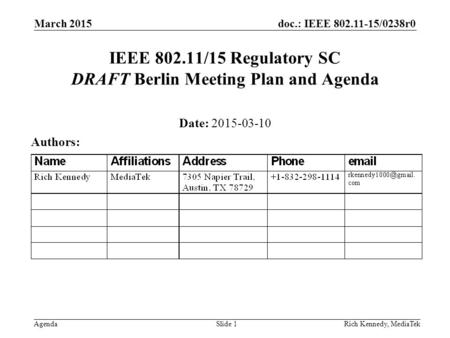 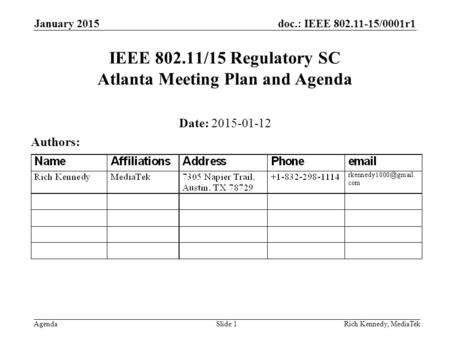 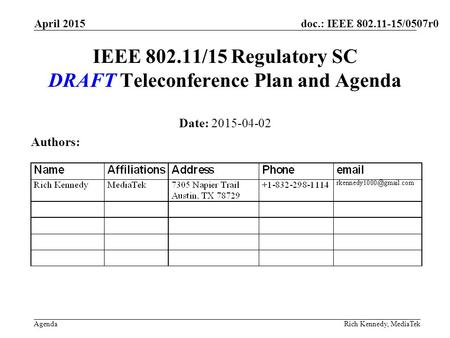 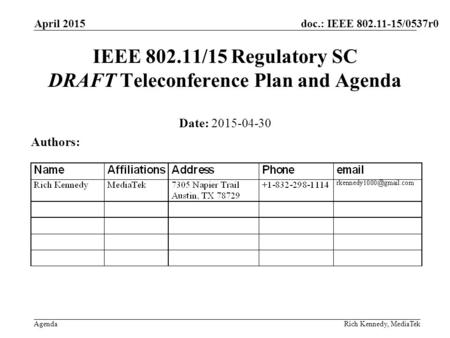 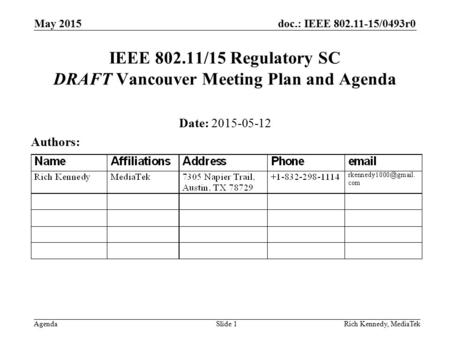 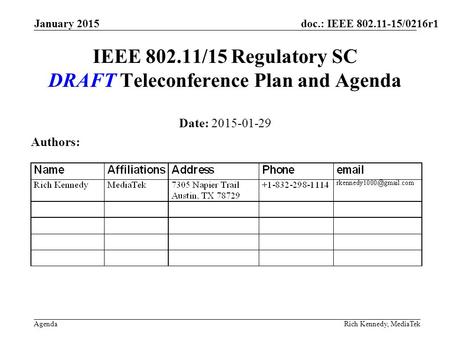 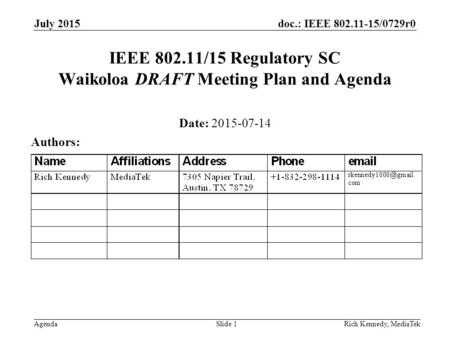 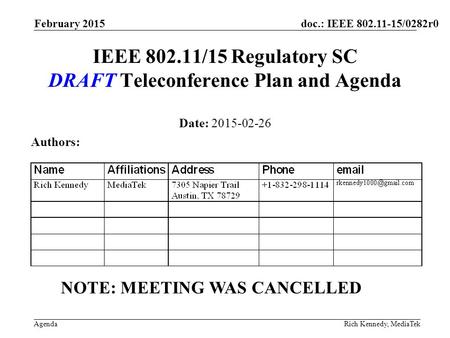 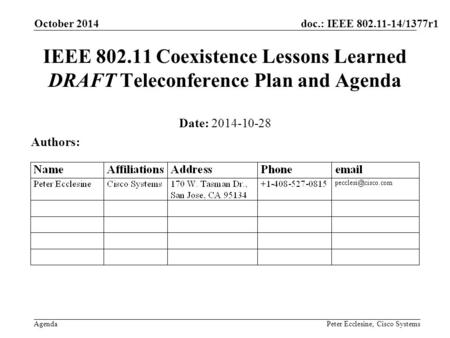 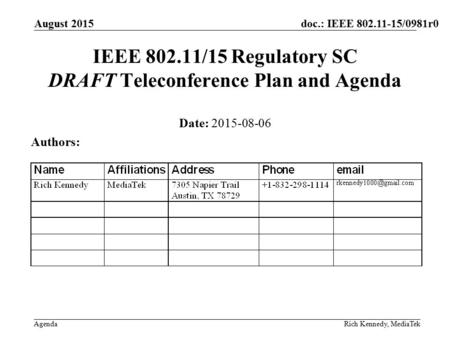 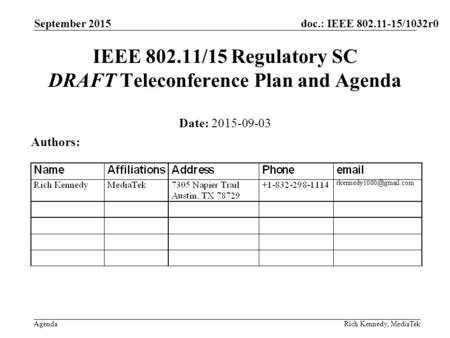 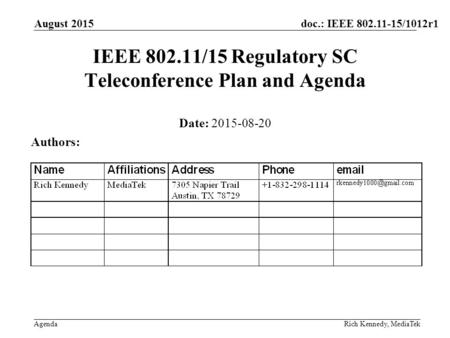 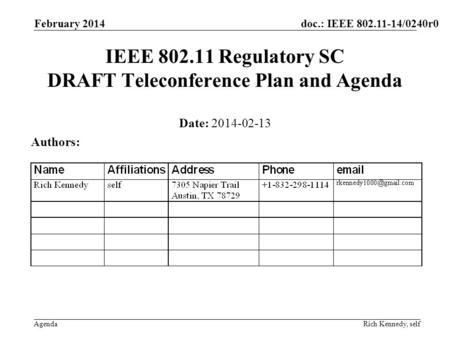 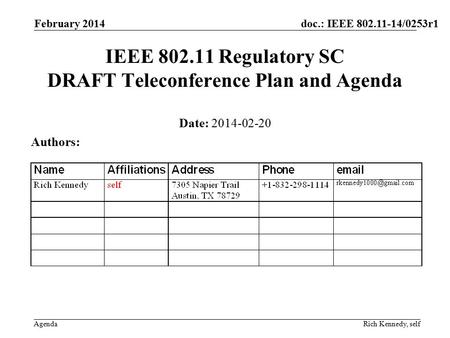 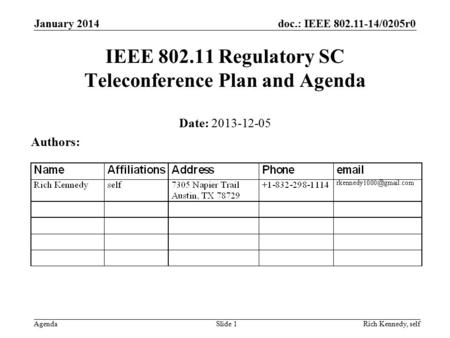 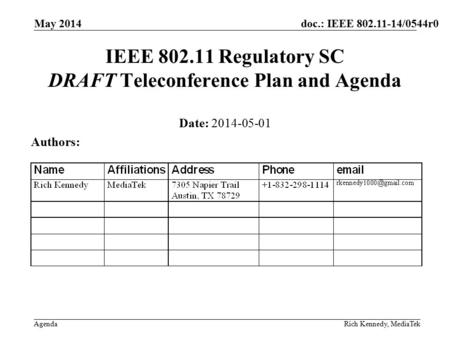 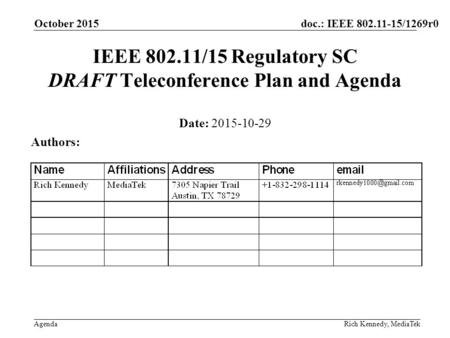 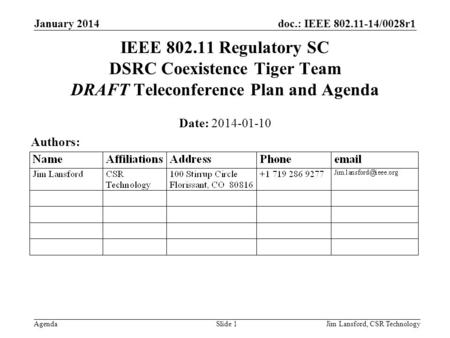 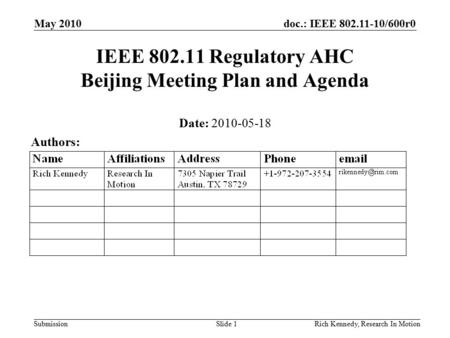 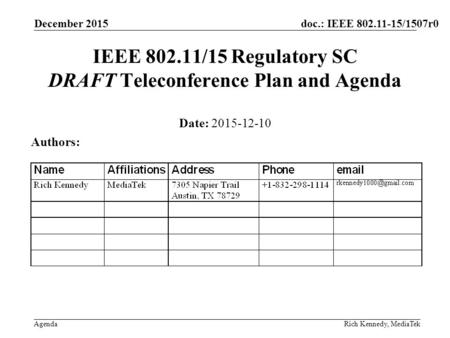