2 Matter is composed of Elements … There are over 100 different elements with a wide variety of properties. Some form compounds easily, while others do not.

3 Mendeleev, the dirty detective… -Observed the mass, reactivity, and general properties of various elements. - Noticed patterns among the elements and began sorting them in order of increasing atomic mass.

6 In 1869, Mendeleev Published the first Periodic Table based on his findings…leaving blank spaces for elements that haven’t been discovered yet!!!

7 Inside an atom An atom is the smallest unit of matter that still retains the properties of a particular element.

8 Atoms and the P.T. An “ atomic mass unit ” or AMU is equivalent to the mass of one proton/neutron. Since electrons have virtually no mass, the “ atomic mass ” of an element refers to the number of protons and neutrons in found in its nucleus ….

9 Atoms and the P.T. (cont … ) However … atoms of various elements sometimes have different number of neutrons in their nuclei, so in actuality, atomic mass refers to the average mass of one atom of a particular element.

11 Atoms and the P.T. (cont … ) “ Atomic Number ” refers to the number of protons in an atom ’ s nucleus Elements are arranged on the P.T. according to atomic number. ***Atomic number (# of protons) is a unique property***

13 Organization of the Periodic Table (Cont … ) Every element in the same family has similar properties.

15 Group 18 non-metals are inert, in other words, they don ’ t react with anything.

16 Organization of the Periodic Table (Cont … ) A horizontal row across the P.T. is called a “ period. ” The elements in a row do not have similar properties … As you move across a period, the elements gradually change properties.

17 Why the table works … An element ’ s ability to bond with an atom of another element its called its “ bonding power ” Bonding power, is determined by the outermost electrons surrounding an atom … the “ valence electrons. ”

19 Metals … What is a Metal? Metals are found to the left of the zigzag line on the P.T. They are classified based on their physical properties: hardness, shininess, malleability, and ductility.

20 Metals: Physical Properties Malleability- The ability of a metal to be pounded into shapes A “ ductile ” material is one that can be pulled out or “ drawn ” into a long wire.

21 Metals: the Chemical Properties The ease and speed in which an element reacts with other elements is called its “ reactivity. ” Metals show a wide range of chemical properties, or reactivity. For example ……

22 Metals: the chemical properties Iron will react with oxygen in the air to form iron oxide (rust). Gold and chromium are unreactive.

24 Alloys An “ alloy ” is a mixture of metals … alloys combine the beneficial attributes of 2 or more metals from the P.T. For example ….

25 Alloys (cont … ) Iron rusts easily, but when mixed with vanadium and chromium, it forms stainless steel.

26 Alloys (cont … ) Copper is soft and malleable, but when mixed with tin, it forms bronze … an attractive and durable alloy.

28 Metal families: the alkaline earth metals Group 2 metals are also very reactive, but not as much as group 1. They are also not found uncombined in nature. They are white, hard, and good conductors of electricity.

34 The Nonmetals … All 17 nonmetals are extremely important to living things. They are all found (except for hydrogen) to the right of the zigzag line on the P.T. Most are gases, some are crumbly solids, and Bromine is the only liquid.

36 Chemical properties of nonmetals Most all nonmetals react easily to form compounds. When metals and nonmetals combine, metal elements transfer their valence electrons to the nonmetal.

38 Chemical properties of nonmetals (cont … ) A molecule that contains only 2 atoms (usually the same element) is called a “ diatomic molecule. ”

39 Families of nonmetals: The carbon family In this family, carbon is the only nonmetal. All living things contain compounds composed of long chains of carbon atoms.

40 Families of nonmetals: The Oxygen Family - The Oxygen we breathe is essential in allowing our bodies to function. -Oxygen and sulfur form compounds very easily.

41 Families of nonmetals: The Halogens Group 17 elements are known as the halogens, and are very reactive. They are dangerous to humans, but form compounds that are very useful.

42 Families of nonmetals: The Noble Gases These gases have a full valence shell (8 electrons), and do not react at all with any other elements. They are found in small amounts in the atmosphere and glow brightly when electricity passes through them.

43 Group 18 non-metals are inert, in other words, they don ’ t react with anything.

44 Hydrogen: the simplest element One hydrogen atom contains only one proton and one electron. 90% of the atoms in the universe are hydrogen. When an electric current passes through water, chemical bonds are broken and diatomic hydrogen gas (H 2 ) is formed. 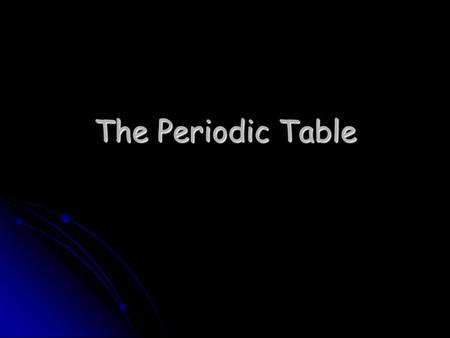 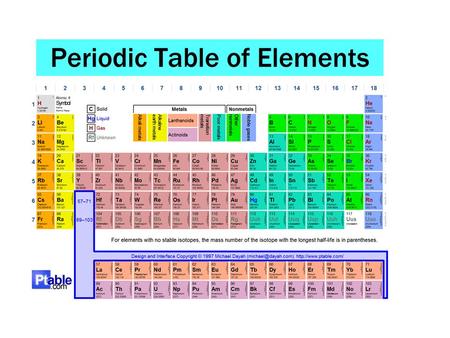 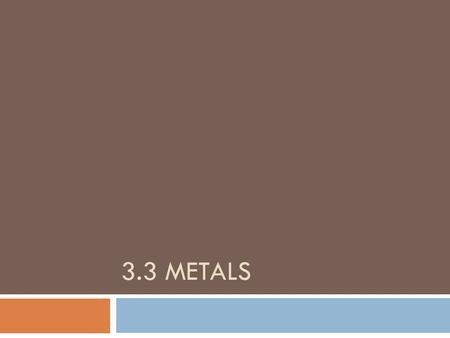 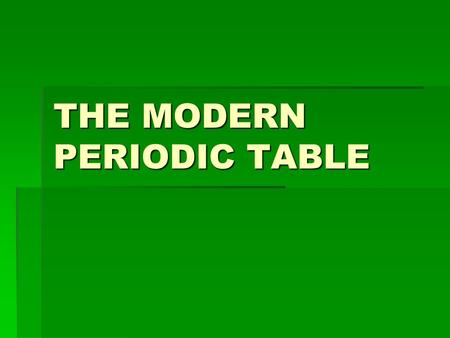 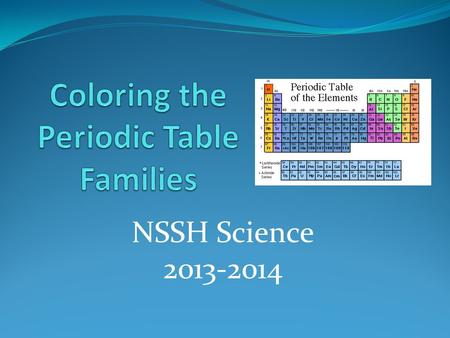 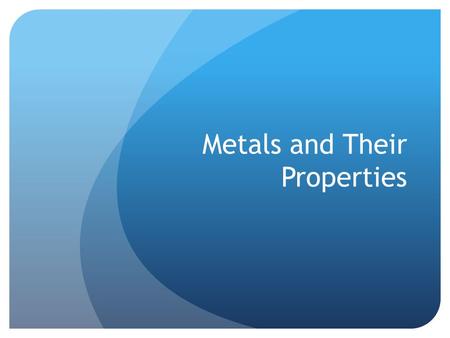 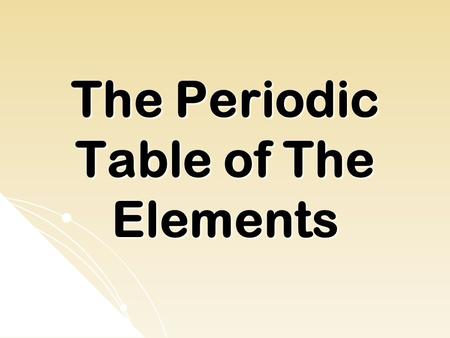