2 Title!! The name of the book… The Sign of the Beaver

3 Setting The setting of a story is the time and place in which the story occurs. Physical details Date Time of Day Season and/or weather conditions Time in history Geographic location

4 Characters The people, animals, or other creatures in a story. The ones that act out the events of the story. PROTAGONIST The main character Matt ANTAGONIST The character who works against the protagonist (main character) ??? List 5 characters that play a major role in The Sign of the Beaver

5 Characterization This explains the roles and functions of the characters. Shows what the character says, does, thinks, feels, or looks like. What the other characters think about the main character. Write down traits for each of your characters. Make sure you are clear enough for a friend to understand your work.

6 Theme The overall message of the book.
What the author wants you to take away from the book, or wants you to know. Collaborate with your table group to think of the theme!

7 Conflict/Problem The conflict is the struggle the main character is having with himself, another character or thing. Described as the heartbeat of the story.

8 Author The person who wrote the book Elizabeth George Speare
Author has many jobs throughout the book…let’s explore what the author can do for the reader!

11 Author’s Purpose Usually, the author of the story writes a book for a purpose. Some purposes include entertainment, persuade or convince the reader, and possibly to teach or inform the reader.

12 Introduction Paragraph
The name of the book we read in class was The Sign of the Beaver. In the book, the author introduces us to Matt and Attean-two teenage boys from different cultures. These boys meet each other in the forests of Maine during a time when white men and Indians were not always at peace. Throughout this essay, we will watch how Matt and Attean develop an unlikely friendship. A-Title A-Character A-Setting A-Theme

15 Exposition The beginning of a story where the characters, setting, and main conflict are introduced. Often tells what happened before the story begins. Background information is important to understanding the characters’ feelings, personalities, and motives.

16 Rising Action The series of events in the story that builds suspense.
Changes the conflict/problem Makes you keep reading!!! Collaborate with your shoulder partner to name some rising action details from The Sign of the Beaver

18 2nd and 3rd Paragraph Use your handout as a guide!
This story begins with Matt’s father leaving to go get the rest of his family in Massachusetts. Matt is going to live on his own, in a new place, with no neighbors, for at least seven weeks. Matt quickly learns that living on your own can be dangerous. For example, one day he was craving honey and tried to take some from a beehive and was stung countless times. Luckily, Attean, and his Grandfather, Saknis, were close by to help him. To repay Saknis, Matt consents to teaching Attean how to read. This is the beginning of a long journey between the two young boys. Following this, Matt and Attean start to become friends. There are many awkward times together, and a lot of childish fighting. But, as time progresses, the two boys start to share secrets and activities. For example, Matt shares a book Robinson Crusoe and the Bible stories with Attean. Attean teaches Matt how to hunt and fish without “white man tools.” The boys bond over fishing and even had a close call in the story. A bear attacked the two boys, and they worked together to kill the bear. Matt was slowly being accepted by the Indian tribe, and more importantly, was getting Attean’s friendship and respect. Matt got even more respect when he saved Attean’s “good-for- nothing dog” from another tribe’s traps. Attean knew, that Matt was a true friend. To show Matt that he was his “Indian brother” he and Saknis invited him to leave on the annual winter hunt and to move to a new location with the tribe. Matt was conflicted because he did not know if he should wait for his family.

21 Resolution The outcome of the story The ending!!!!

22 4th Paragraph Use your handout as a guide!
Matt decided to stay where his family could find him. Even though, Matt worked hard to make a new friend and gain the respect of his tribe, his family was still more important to him. He could not bear thinking his family thought something bad happened to him, or worse, the Indians did something to hurt him. Matt took all the skills that Attean had taught him and started preparing for his families return. He was probably extremely scared. By the time Attean left with his tribe, it was clear into November. It had been more than seven weeks. Finally, Matt’s family arrived at the cabin. His mother, father, and younger sister were excited to see him. Unfortunately, Matt’s new baby sister did not make the journey and died 5 days after she was born. Matt had grown up and his family was proud of him maintaining and providing for the entire family on his own. 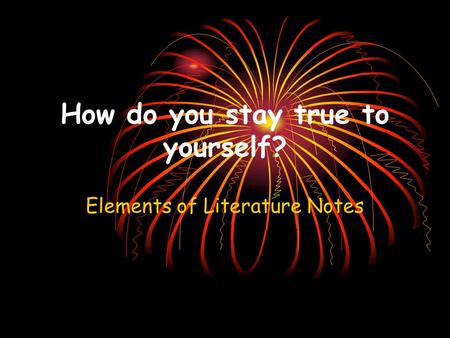 How do you stay true to yourself? 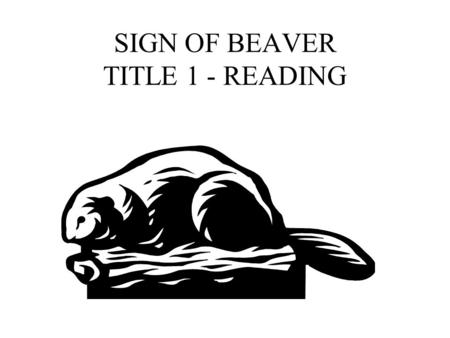 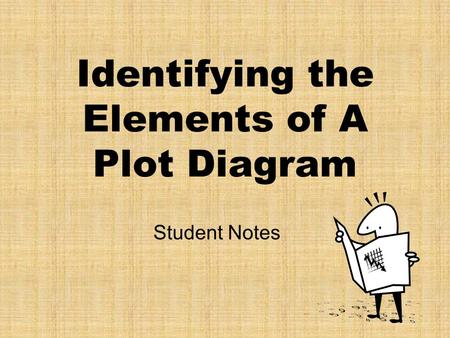 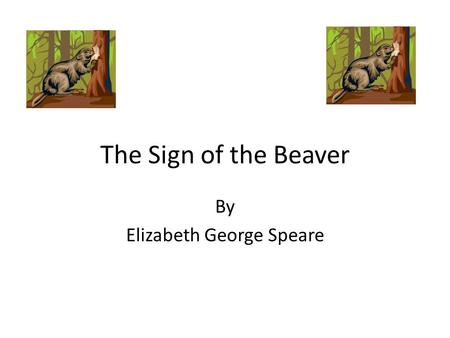 The Sign of the Beaver By Elizabeth George Speare. 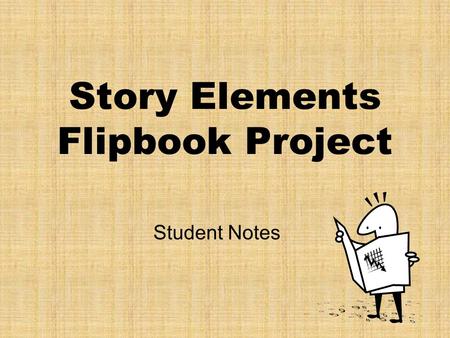