3 The right to vote, a fundamental principle of democratic government Suffrage Who votes 100

7 Term used to describe the voters of a nation, state, city, or county collectively Electorate Who votes 500

10 Proposed law or state amendment referred by the state legislature to the people for a vote; only at the state level, and only in some states Referendum How they vote 300

11 Proposed state law or amendment brought by the citizens through a petition process; only at the state level, and only in some states Initiative How they vote 400

12 Special election initiated by a petition that allows citizens to remove an official before his/her term has expired; only in some states Recall election How they vote 500

16 Election in which only one primary ballot is used and voters may choose from candidates of either party and split votes between them; ONLY used in Louisiana, Washington, and California Blanket primary Choosing a candidate 400

18 General election Election in which officeholders (not nominees) are selected; for federal offices, these are held the first Tuesday after the first Monday of November in even- numbered years Choosing a president 100

19 Swing states States without strong party alignment, that could vote either Democratic or Republican in the general election; candidates devote much of their time campaigning in these states Choosing a president 200

20 Electoral College 538 member body that elects the president and vice president; in most states, these individuals pledge to vote according to the results of the popular vote Choosing a president 300

21 Winner-take-all system All of a state’s electors voting as a block for the winner of the state’s popular vote; many believe this makes the electoral college non- reflective of the will of the electorate Choosing a president 400

26 Soft money Money donated to a political party rather than a candidate to avoid limits imposed by campaign finance reform laws, a loophole closed by the Bipartisan Campaign Finance Reform Act (2002) Election regulation 400

28 Literacy test A reading test citizens were required to pass in order to vote; widely used in the South to discourage blacks and poor whites from voting Banned by the Voting Rights Act of 1965 Yep, more election stuff 100

29 Poll tax A tax levied on voters; widely used in the South to discourage blacks and poor whites from voting Banned by the 24 th Amendment (1964) Yep, more election stuff 200

30 Plurality election When the leading candidate receives the greatest number of votes, but not more than 50% (a true majority) Yep, more election stuff 300

31 Midterm election Federal election held in the middle of a president’s term of office; all House seats and 1/3 of Senate seats are elected; the President’s party generally loses seats in Congress Yep, more election stuff 400

32 House of Representatives Governmental body responsible for choosing the President when no candidate wins a majority of votes in the Electoral College Yep, more election stuff 500

33 Voter apathy A reason for low turnout in U.S. elections; generally defined as a lack of interest in politics, but may also result from a mistrust in government or lack of political efficacy; generally, younger people, racial and ethnic minorities, males, and lower income individuals have the greatest issues with this Mis-cell-any 100

35 National convention Before the primary system, this meeting served the purpose of choosing the party’s nominee for president; in recent years, its fundamental purpose is the adoption of the party platform Mis-cell-any 300 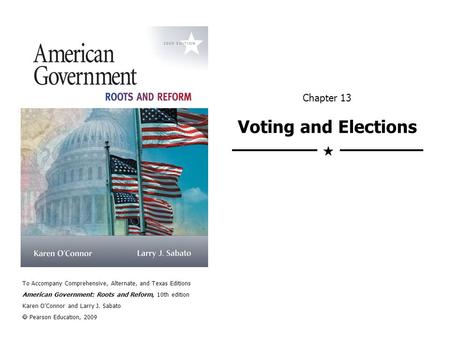 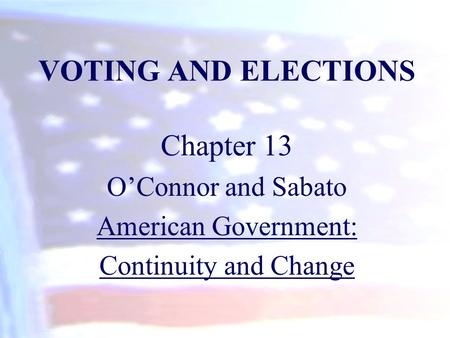 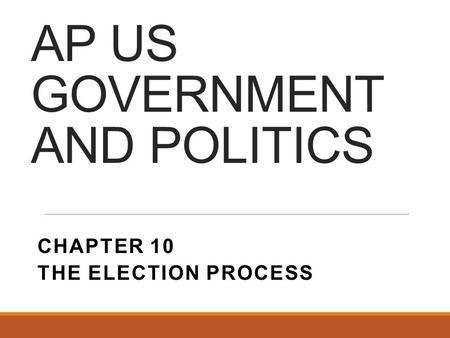 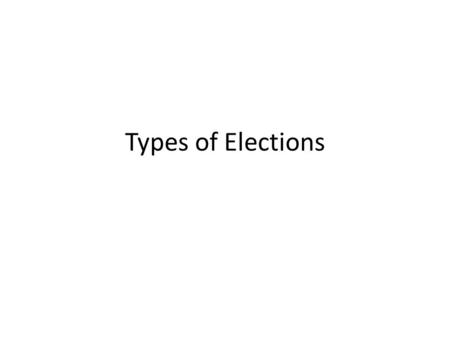 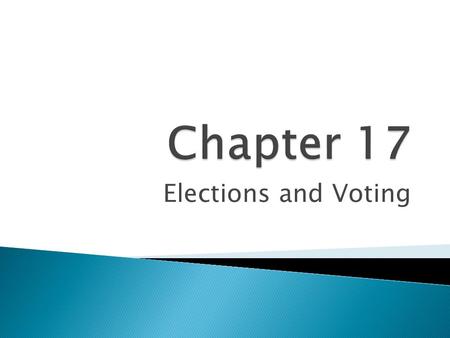