1 The Partition of Africa

3 Africa in the Early 1800s Africa is three times the size of Europe.
People in Africa speak hundreds of languages. Varied governments were developed. Some people lived in large centralized states, and others in village communities.

6 Shaka of the Zulu Nation

7 European Contact Increases
Medical advances and river steamships allowed Europeans to travel inland to interior regions of Africa. Many European explorers were fascinated with African geography, but they had little understanding of the peoples they met.

8 Missionaries Follow Explorers
Catholic and Christian missionaries followed the explorers into Africa. They were sincere in their desire to help Africans. They built schools, medical clinics, and churches. Missionaries took a paternalistic view of Africans, meaning, they saw them as children in need of guidance. To them African cultures and religions were degraded. They urged Africans to reject their own traditions in favor of Western civilization.

10 Livingstone Blazes a Trail
The greatest known explorer and missionary was Dr. David Livingstone. He explored Africa for 30 years. He was more sympathetic towards Africans than most Europeans. He opposed the slave trade, which remained profitable for some African rulers and foreign traders. He felt to end slavery, African must open its interior to trade and Christianity.

12 Was imperialism advantageous for Africans?
Quickwrite: What is your opinion on imperialism in Africa? Did Africans benefit from European imperialism? Why or Why not?

13 A Scramble for Colonies
King Leopold of Belgium hired Henry Stanley to explore the Congo basin and arrange trade treaties with African leaders. Leopold’s activities in the Congo set off a scramble by other nations, such as Britain, France, and Germany were pressing for claims to the same region, where rubber was in abundance.

15 King Leopold II King Leopold II turned his “Congo Free State” into a
massive labor camp. He made a fortune for himself from the harvest of its wild rubber. He was responsible for the death of 10 million innocent Congolese.

16 Congolese Victims Men who failed to bring in enough rubber to agents were killed. Even children were tortured and had their hands and legs chopped off.

17 Britain and France France took control of Algeria, Tunisia, and colonies in West and Central Africa which equaled the size of the United States. Britain took control of the Cape Colony from the Dutch in 1814. The Boers fled north from British rule, where gold and diamonds were discovered. The Boer War ( ) involved bitter guerilla fighting, but the British won in the end. In 1910, the British united the Cape Colony and the former Boer republics into the Union of South Africa. The new constitution set up a government run by whites and laid the foundation for a system of complete racial segregation (apartheid), which remained in force until 1993!

20 Ethiopia Survives Ethiopia is an ancient Christian kingdom in East Africa. Ethiopia managed to resist European colonization and maintain its independence. In the late 1800s, a reforming ruler, King Melenik II, began to modernize his country. He hired European experts to plan modern roads, bridges and set up a Western school system. He imported the latest weapons and European officers to train his army.

21 King Menelik II King Menelik II claimed to be a direct descendant
of King Solomon of Jerusalem and Queen Makeda of Sheba (Ethiopia) He stunned the world by defeating Italy who invaded in 1896 at the Battle of Adowa. The Ethiopians smashed the Italian invaders

22 Jah Rastafari - Haile Selassie
The last emperor of the Solomonic Dynasty. Believed to be the personification of God by Rastafarians in Jamaica. Title: Lord of Lords, King of Kings, the Conquering Lion of the Tribe of Judah, His Imperial Majesty, Jah Rastafari!

24 A New African Elite Emerges
During the Age of Imperialism, a Western-educated African elite, or upper class, emerged. Some rejected their own culture, while others valued their African traditions. By the early 1900s, African leaders were forging nationalist movements to pursue self-determination and independence.

25 On Trial for My Country by Stanlake Samkange
Read: pg 297 Answer: Thinking Critically (#1-2) 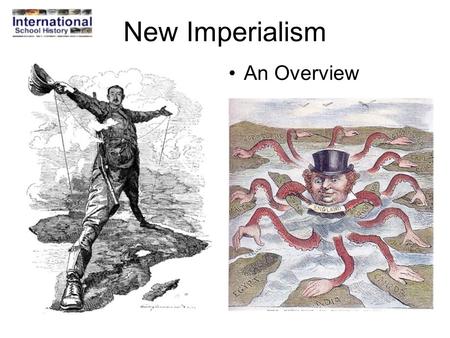 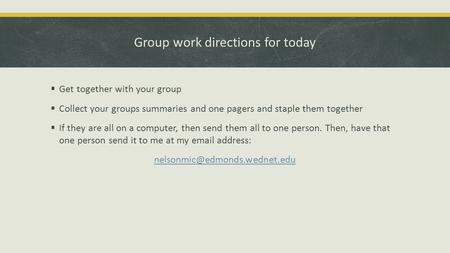 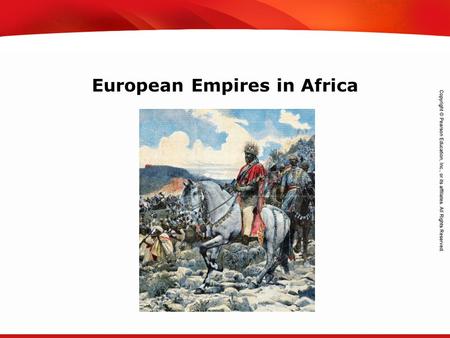 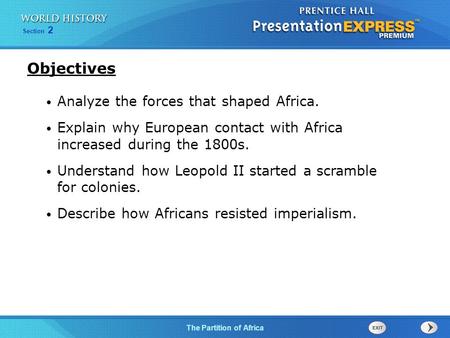 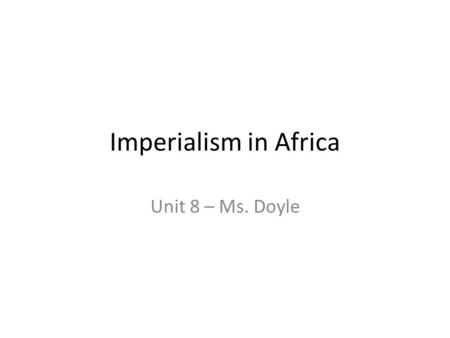