3 Chapter 2 - Objectives Purpose/importance of conceptual modeling. Typical functions and services a DBMS should provide. Function and importance of system catalog. Software components of a DBMS. Meaning of client–server architecture and advantages of this type of architecture for a DBMS. Function and uses of Transaction Processing Monitors. 3 Pearson Education © 2014

4 Objectives of Three-Level Architecture All users should be able to access same data. A user’s view is immune to changes made in other views. Users should not need to know physical database storage details. Pearson Education © 2014 4

8 ANSI-SPARC Three-Level Architecture Internal Level Physical representation of the database on the computer. Describes how the data is stored in the database. Pearson Education © 2014 8

13 Database Languages Data Definition Language (DDL) Allows the DBA or user to describe and name entities, attributes, and relationships required for the application plus any associated integrity and security constraints. Pearson Education © 2014 13

14 Database Languages Data Manipulation Language (DML) Provides basic data manipulation operations on data held in the database. Procedural DML allows user to tell system exactly how to manipulate data. Non-Procedural DML allows user to state what data is needed rather than how it is to be retrieved. Fourth Generation Languages (4GLs) Pearson Education © 2014 14

15 Data Model Integrated collection of concepts for describing data, relationships between data, and constraints on the data in an organization. Data Model comprises: a structural part; a manipulative part; possibly a set of integrity rules. Pearson Education © 2014 15

21 Conceptual Modeling Conceptual schema is the core of a system supporting all user views. Should be complete and accurate representation of an organization’s data requirements. Conceptual modeling is process of developing a model of information use that is independent of implementation details. Result is a conceptual data model. Pearson Education © 2014 21

24 System Catalog Repository of information (metadata) describing the data in the database. One of the fundamental components of DBMS. Typically stores: names, types, and sizes of data items; constraints on the data; names of authorized users; data items accessible by a user and the type of access; usage statistics. Pearson Education © 2014 24

29 File-Server File-server is connected to several workstations across a network. Database resides on file-server. DBMS and applications run on each workstation. Disadvantages include: Significant network traffic. Copy of DBMS on each workstation. Concurrency, recovery and integrity control more complex. Pearson Education © 2014 29 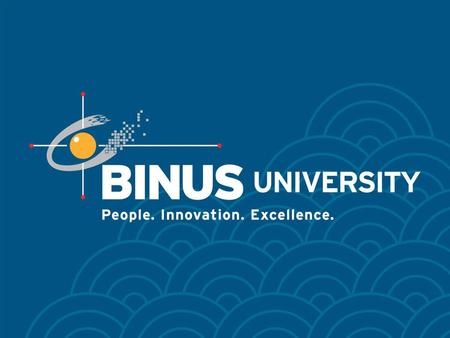 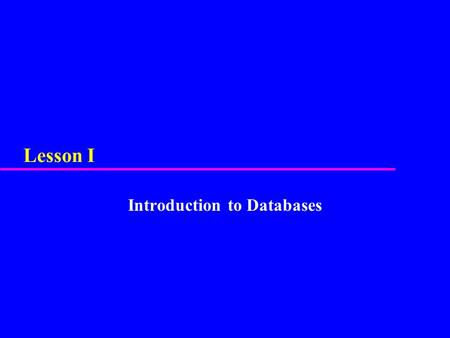 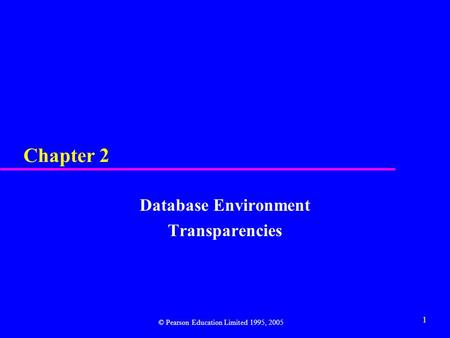 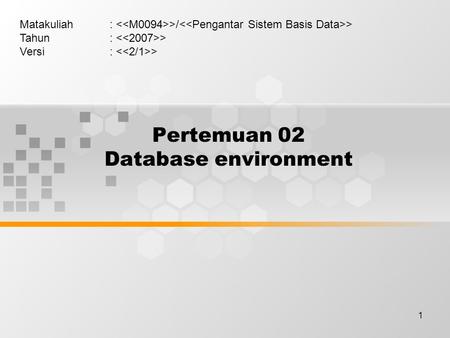 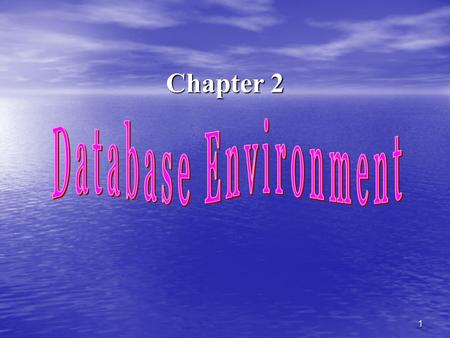 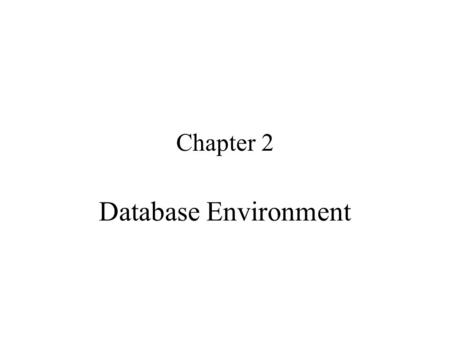 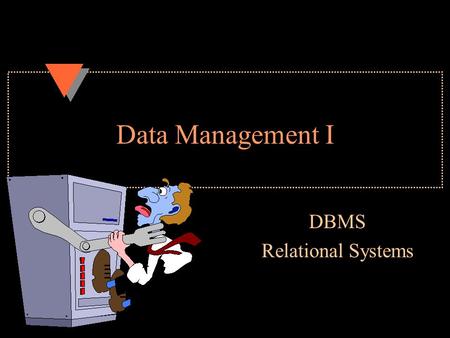 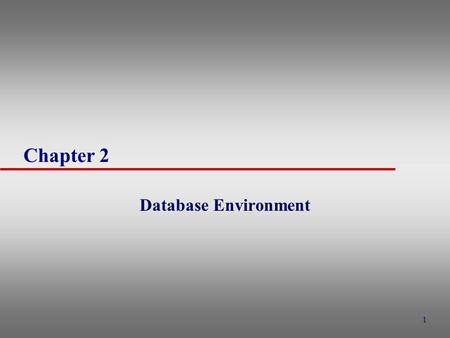 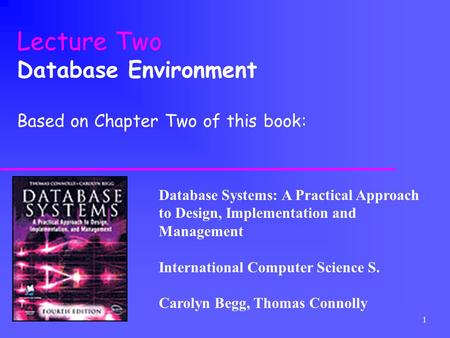 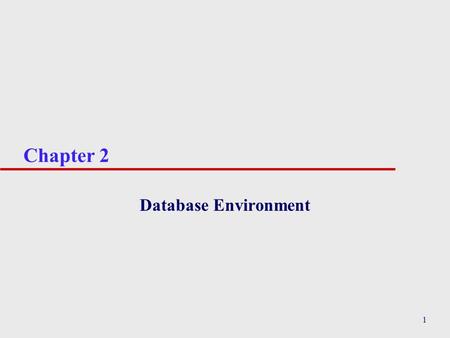 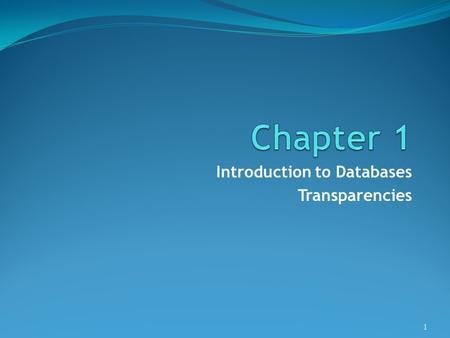 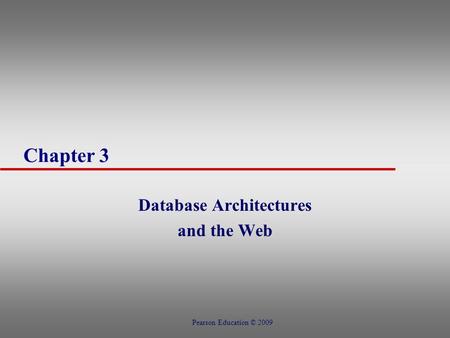 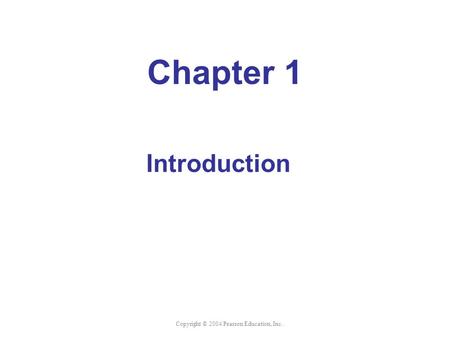 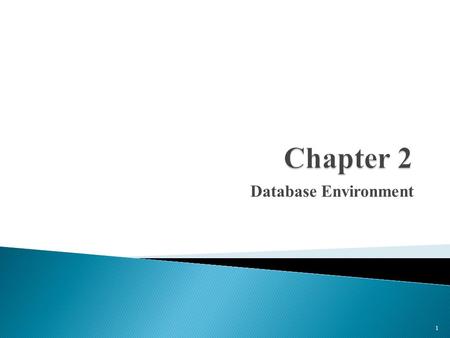 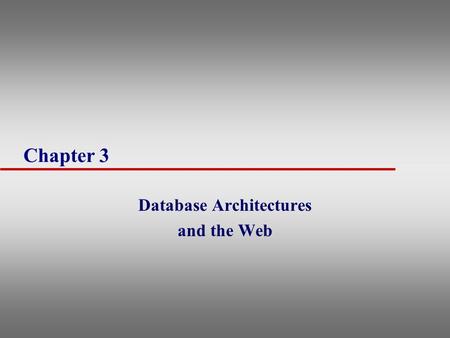 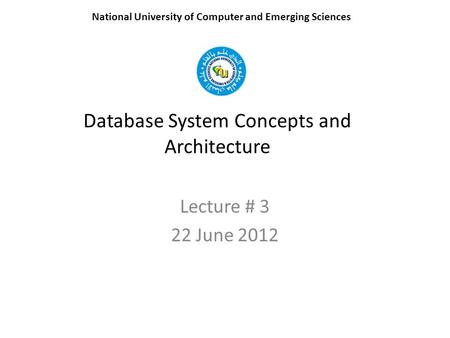 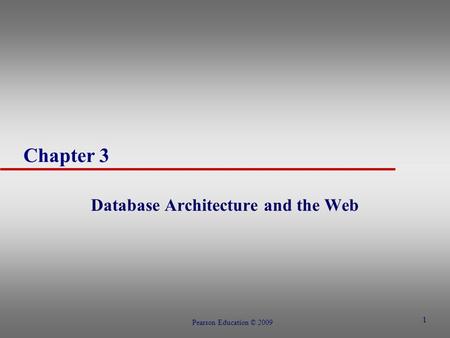 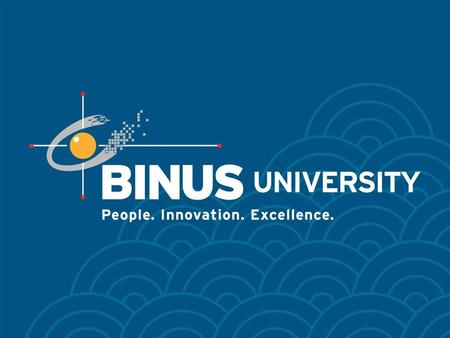 Database Architectures and the Web Session 5 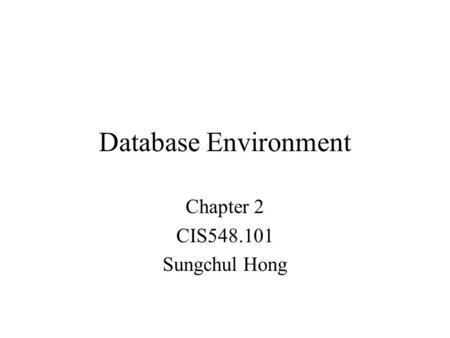