3 Combination circuits Circuits containing both series and parallel circuits are called COMBINATION circuits You can frequently simplify analysis by combining series and parallel components. Solve by forming the simplest equivalent circuit possible. An equivalent circuit is one that has: characteristics that are electrically the same as another circuit but is generally simpler.

4 Equivalent circuits is equivalent to
There are no electrical measurements that can distinguish the boxes.

5 Equivalent circuits Another example: is equivalent to
There are no electrical measurements that can distinguish the boxes.

12 R6 is added to the circuit in parallel with the series combination of R1 and R4.

17 Sketch the circuits for nodes A to B

18 Sketch the circuits for nodes A to C

19 Sketch the circuits for nodes B to C

23 Reduce the following circuit to REQ

36 Kirchoff’s current law
What are the readings for node A?

39 Loaded voltage divider
What is the voltage across R3? A Form an equivalent series circuit by combining R2 and R3; then apply the voltage-divider formula to the equivalent circuit: 8.10 V

44 FIGURE 6–26 A voltage divider with both unloaded and loaded outputs.

67 FIGURE 6–49 A Wheatstone bridge with a load resistor connected between the output terminals is not a straightforward series-parallel circuit.

76 Superposition theorem
A way to determine currents and voltages in a linear circuit that has multiple sources Take one source at a time and Algebraically summing the results.

80 Thevenin’s theorem and Wheatstone Bridge
Putting the load on the Thevenin circuits and applying the superposition theorem allows you to calculate the load current. The load current is: 1.27 mA

81 Analysis: Planning: Measurement:
Troubleshooting The effective troubleshooter must think logically about circuit operation. Understand normal circuit operation and find out the symptoms of the failure. Analysis: Decide on a logical set of steps to find the fault. Planning: Measurement: Following the steps in the plan, make measurements to isolate the problem. Modify the plan if necessary.

82 Troubleshooting The output of the voltage-divider is 6.0 V. Describe how you would use analysis and planning in finding the fault. A Planning: Decide on a logical set of steps to locate the fault. You could decide to 1) check the source voltage, 2) disconnect the load and check the output voltage, and if it is correct, 3) check the load resistance. If R3 is correct, check other resistors. From an earlier calculation, V3 should equal 8.10 V. A low voltage is most likely caused by a low source voltage or incorrect resistors (possibly R1 and R2 reversed). If the circuit is new, incorrect components are possible. Analysis:

96 FIGURE 6–74 The meters indicate the correct readings for this circuit.

132 Selected Key Terms Loading
Load current Bleeder current Wheatstone bridge The effect on a circuit when an element that draws current from the circuit is connected across the output terminals. The output current supplied to a load. The current left after the load current is subtracted from the total current into the circuit. A 4-legged type of bridge circuit with which an unknown resistance can be accurately measured using the balanced state. Deviations in resistance can be measured using the unbalanced state.

133 Selected Key Terms Thevenin’s theorem
Maximum power transfer Superposition A circuit theorem that provides for reducing any two-terminal resistive circuit to a single equivalent voltage source in series with an equivalent resistance. The condition, when the load resistance equals the source resistance, under which maximum power is transferred to the load. A method for analyzing circuits with two or more sources by examining the effects of each source by itself and then combining the effects.

134 1. Two circuits that are equivalent have the same
a. number of components b. response to an electrical stimulus c. internal power dissipation d. all of the above

140 7. The effect of changing a measured quantity due to connecting an instrument to a circuit is called
a. loading b. clipping c. distortion d. loss of precision 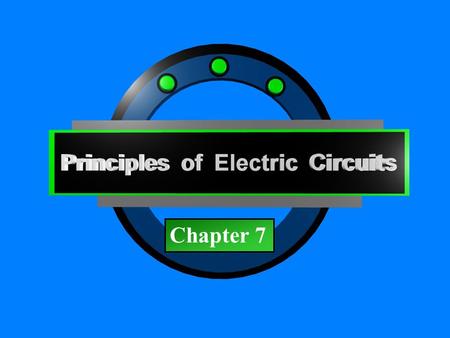 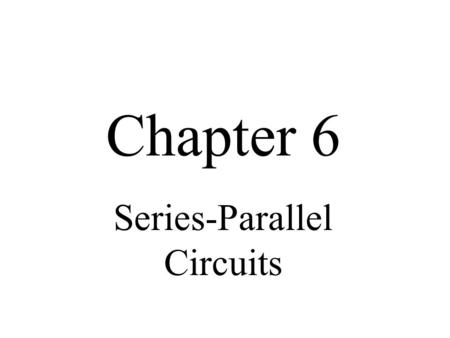 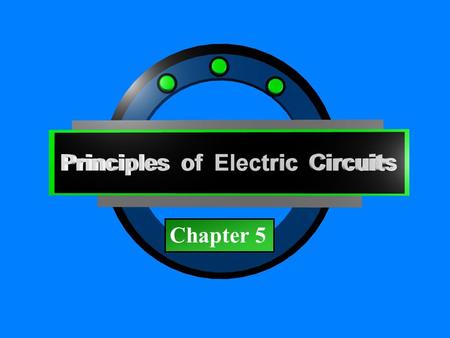 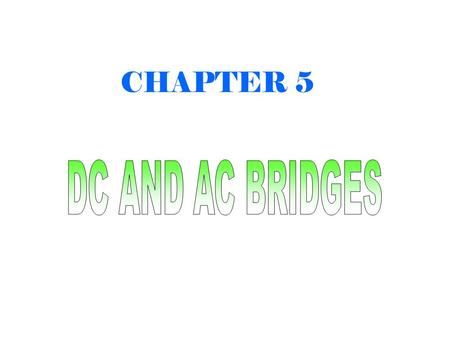 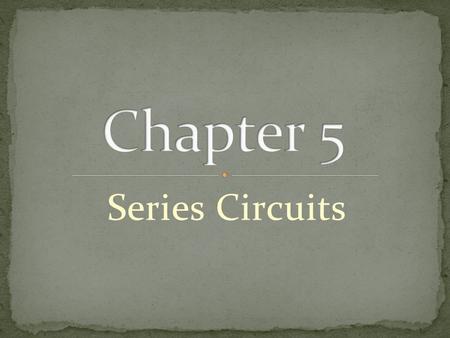 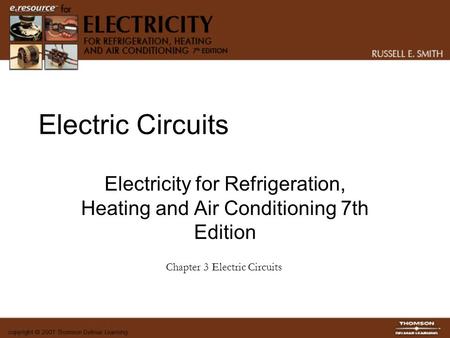 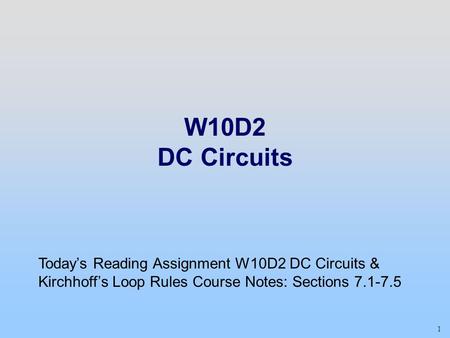 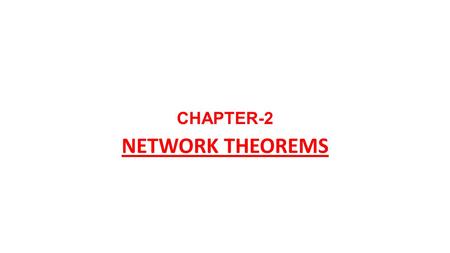 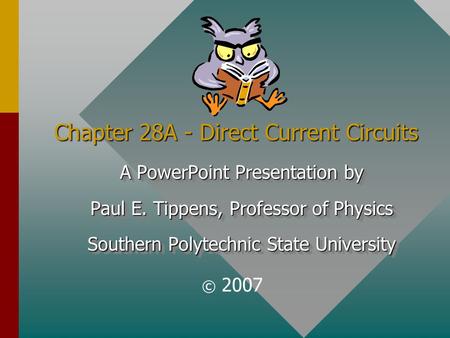 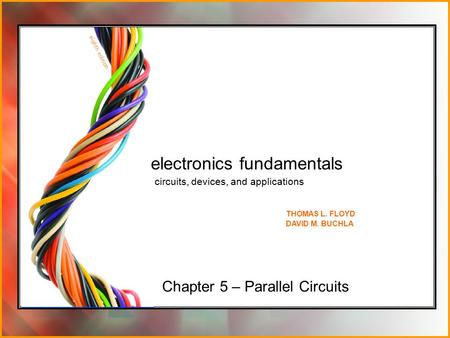 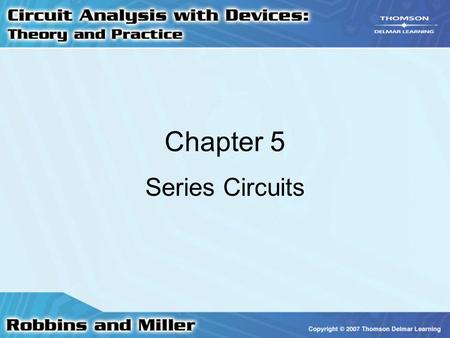 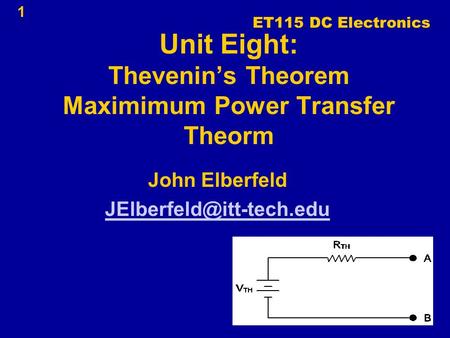 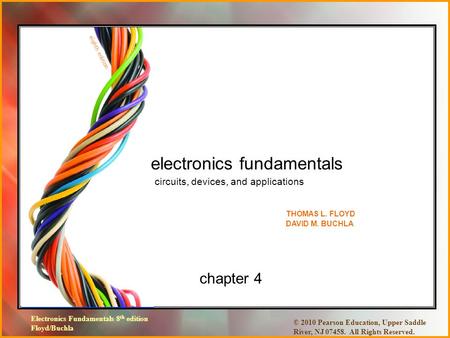 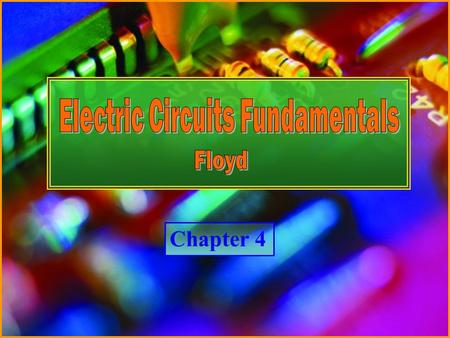