2 Review of Scatterplots  Scatterplots – Show the relationship between 2 quantitative variables measured on the same individual  Can not be done with categorical data  Explanatory Variable – Explains or causes the changes in the response variable (plotted on the x-axis)  Response Variable – measures an outcome or results of a study (plotted on the y-axis)  If there is no explanatory-response distinction, you can put the variables on either axis

10 Thought Question 1:  Use following two pictures to speculate on what  influence outliers have on correlation.  For each picture, do you think the correlation is  higher or lower than it would be without the outlier?  (Hint: Correlation measures how closely points fall to a straight line.)

13 Thought Question 4:  If you were to draw a scatterplot of number of women in the work force versus number of Christmas trees sold in the United States for each year between 1930 and the present, you would find a very strong correlation.  Why do you think this would be true?  Does one cause the other?

14 How can we counteract this?  We can standardize the correlation with a numerical value  Find the R value with the outlier and without 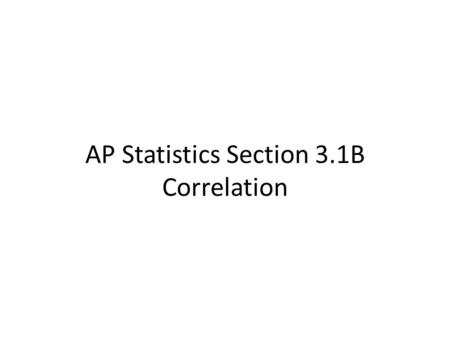 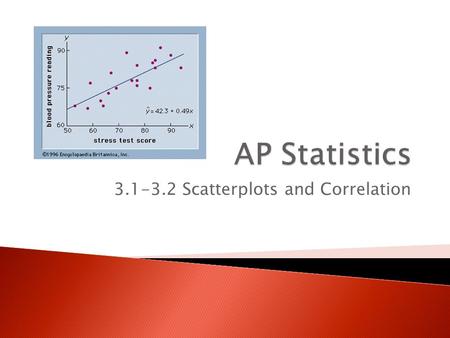 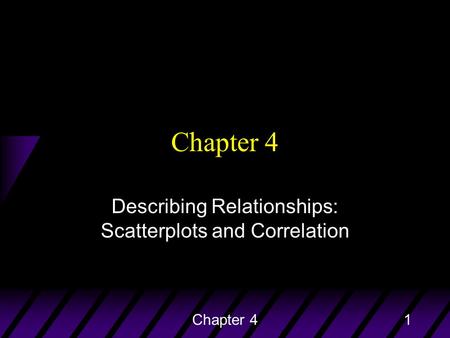 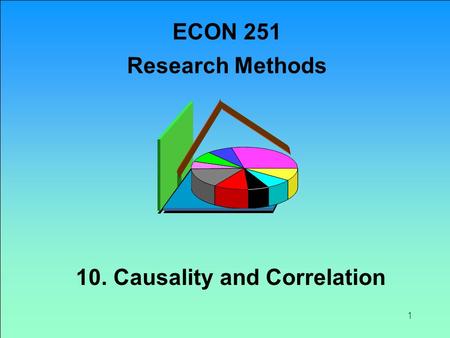 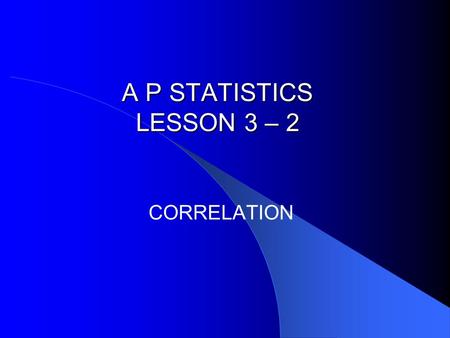 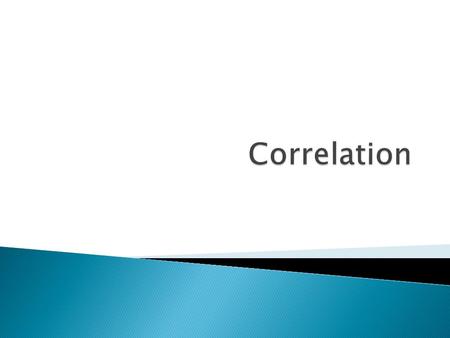 Quantitative assessment of the strength of the relationship between x & y. It is the measure of the extent to which x & y are linearly related. *It is.