2 2  2004 Morgan Kaufmann Publishers SRAM: –value is stored on a pair of inverting gates –very fast but takes up more space than DRAM (4 to 6 transistors) DRAM: –value is stored as a charge on capacitor (must be refreshed) –very small but slower than SRAM (factor of 5 to 10) Memories: Review

4 4  2004 Morgan Kaufmann Publishers Locality A principle that makes having a memory hierarchy a good idea If an item is referenced, temporal locality: it will tend to be referenced again soon spatial locality: nearby items will tend to be referenced soon. Why does code have locality? Our initial focus: two levels (upper, lower) –block: minimum unit of data –hit: data requested is in the upper level –miss: data requested is not in the upper level

5 5  2004 Morgan Kaufmann Publishers Two issues: –How do we know if a data item is in the cache? –If it is, how do we find it? Our first example: – block size is one word of data – "direct mapped" For each item of data at the lower level, there is exactly one location in the cache where it might be. e.g., lots of items at the lower level share locations in the upper level Cache

7 7  2004 Morgan Kaufmann Publishers For MIPS: What kind of locality are we taking advantage of? Direct Mapped Cache

10 10  2004 Morgan Kaufmann Publishers Read hits –this is what we want! Read misses –stall the CPU, fetch block from memory, deliver to cache, restart Write hits: –can replace data in cache and memory (write-through) –write the data only into the cache (write-back the cache later) Write misses: –read the entire block into the cache, then write the word Hits vs. Misses

21 21  2004 Morgan Kaufmann Publishers Virtual Memory Main memory can act as a cache for the secondary storage (disk) Advantages: –illusion of having more physical memory –program relocation –Sharing of both the physical memory and CPU among multiple programs –Protection

22 22  2004 Morgan Kaufmann Publishers Pages: virtual memory blocks Page faults: the data is not in memory, retrieve it from disk –huge miss penalty, thus pages should be fairly large (e.g., 4KB) –reducing page faults is important (LRU is worth the price) –can handle the faults in software instead of hardware –using write-through is too expensive so we use writeback 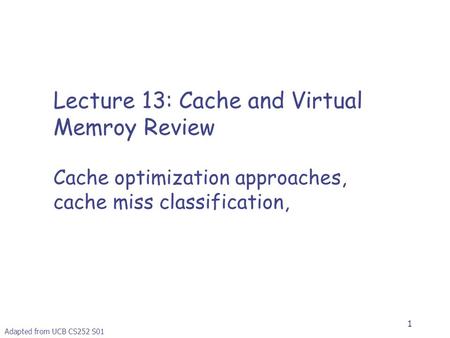 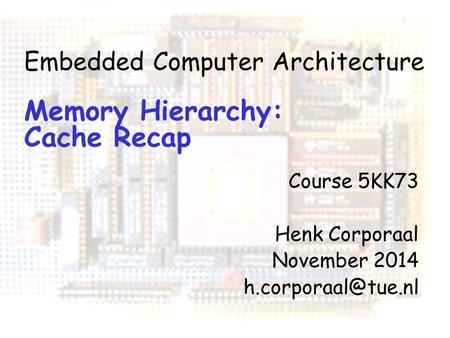 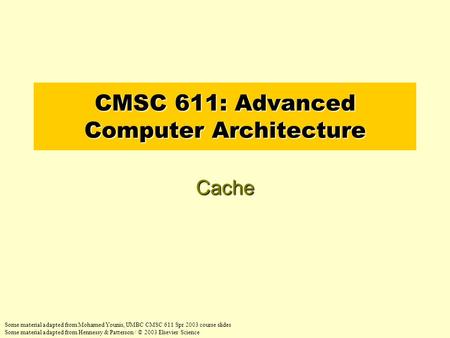 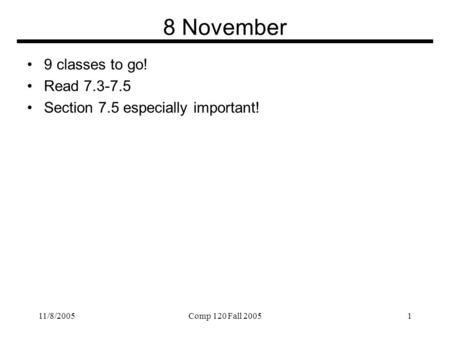 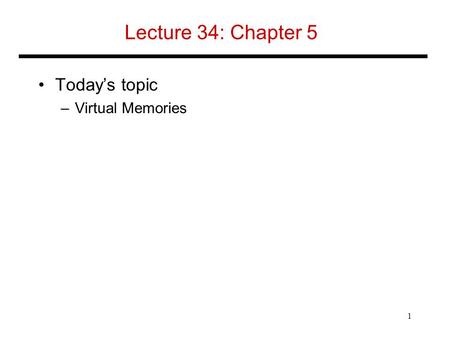 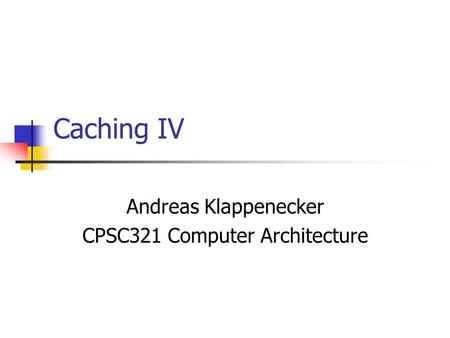 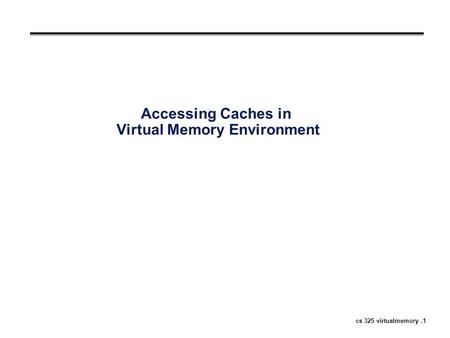 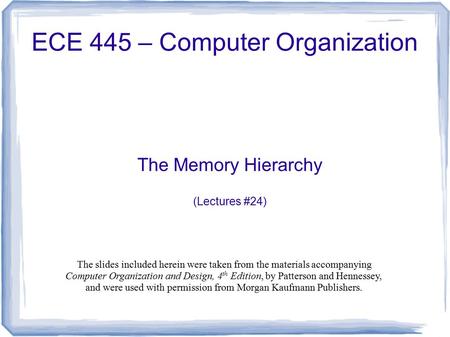 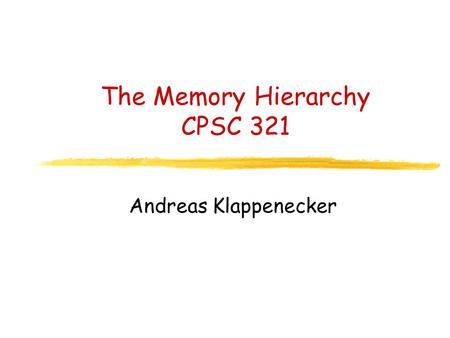 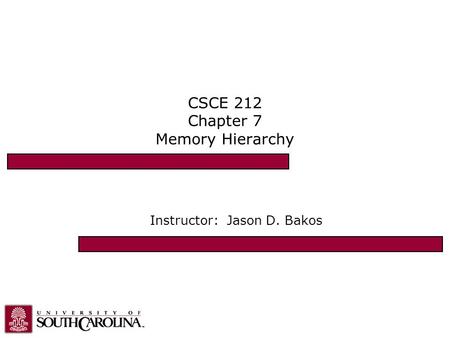 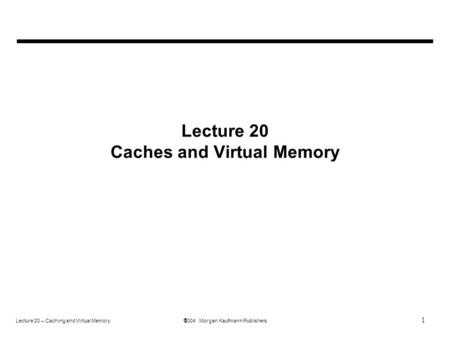 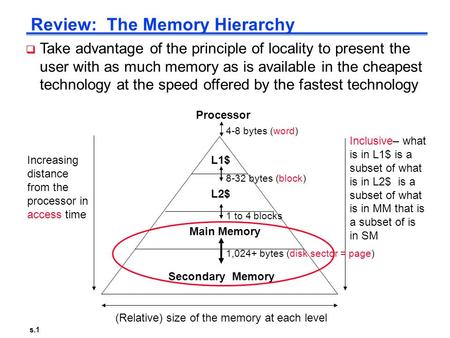 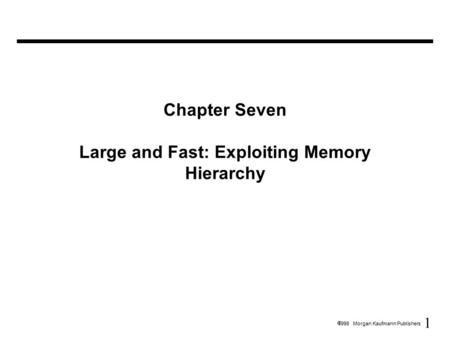 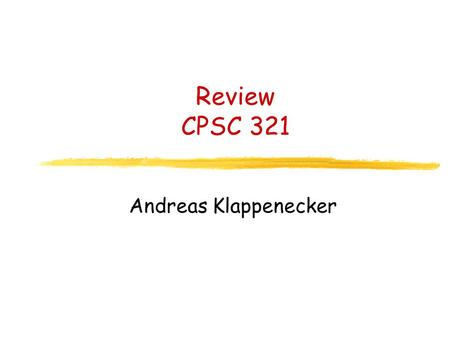 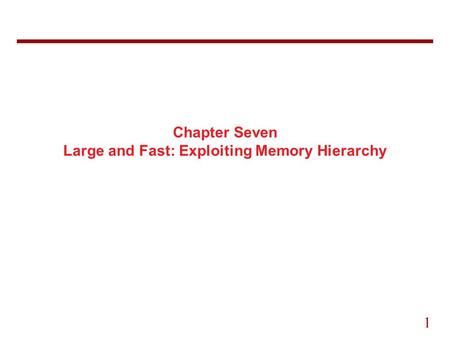 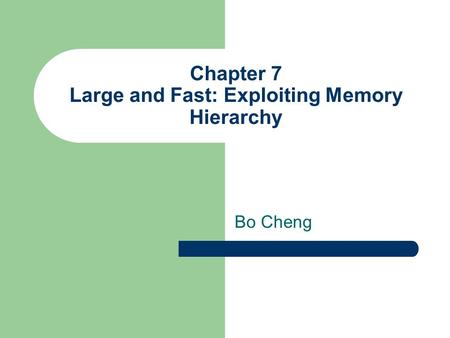 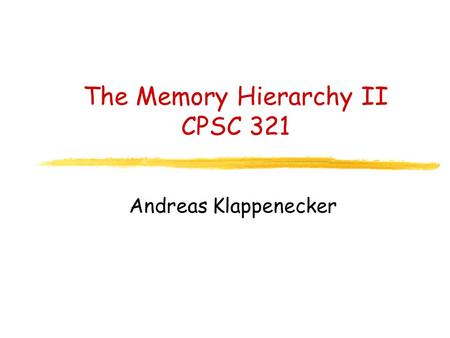 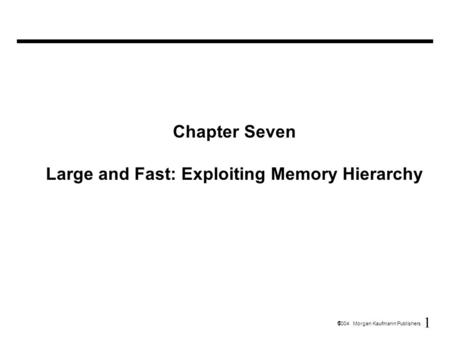 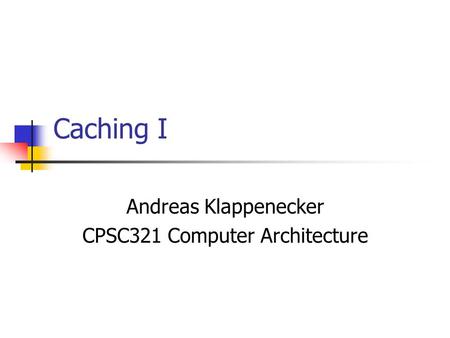 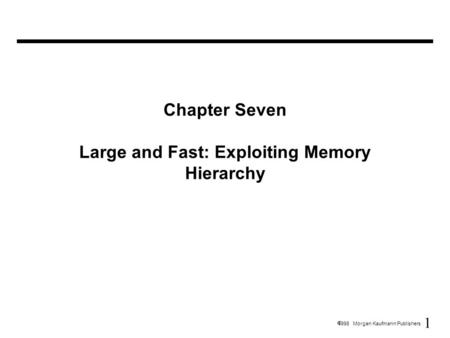