1 What is the Dark Energy? David Spergel Princeton University.

2 1 What is the Dark Energy? David Spergel Princeton University

3 2 One of the most challenging problems in Physics Several cosmological observations demonstrated that the expansion of the universe is accelerating What is causing this acceleration? How can we learn more about this acceleration, the Dark Energy it implies, and the questions it raises?

4 3 Outline A brief summary on the contents of the universe Evidence for the acceleration and the implied Dark Energy Supernovae type Ia observations (SNe Ia) Cosmic Microwave Background Radiation (CMB) Large-scale structure (LSS) (clusters of galaxies) What is the Dark Energy? Future Measurements

8 7 Standard candles Their intrinsic luminosity is know Their apparent luminosity can be measured The ratio of the two can provide the luminosity- distance (d L ) of the supernova The red shift z can be measured independently from spectroscopy Finally, one can obtain d L (z) or equivalently the magnitude(z) and draw a Hubble diagram

22 21 What is Dark Energy ? “ ‘Most embarrassing observation in physics’ – that’s the only quick thing I can say about dark energy that’s also true.” Edward Witten

24 23 Why is the total value measured from cosmology so small compared to quantum field theory calculations of vacuum energy? From cosmology: 0.7 critical density ~ 10- 48 GeV 4 From QFT estimation at the Electro-Weak (EW) scales: (100 GeV) 4 At EW scales ~56 orders difference, at Planck scales ~120 orders Is it a fantastic cancellation of a puzzling smallness? Why did it become dominant during the “present” epoch of cosmic evolution? Any earlier, would have prevented structures to form in the universe (cosmic coincidence ) COSMOLOGICAL CONSTANT??

25 24 Anthropic Solution? Not useful to discuss creation science in any of its forms…. Dorothy… we are not in Kansas anymore …

34 33 What if GR is wrong? Friedman equation (measured through distance) and Growth rate equation are probing different parts of the theory For any distance measurement, there exists a w(z) that will fit it. However, the theory can not fit growth rate of structure Upcoming measurements can distinguish Dvali et al. DGP from GR (Ishak, Spergel, Upadye 2005)

42 41 Baryon Oscillations as a Standard Ruler In a redshift survey, we can measure correlations along and across the line of sight. Yields H(z) and D A (z)! [Alcock-Paczynski Effect] Observer  r = (c/H)  z  r = D A 

44 43 Conclusions Cosmology provides lots of evidence for physics beyond the standard model. Upcoming observations can test ideas about the nature of the dark energy. 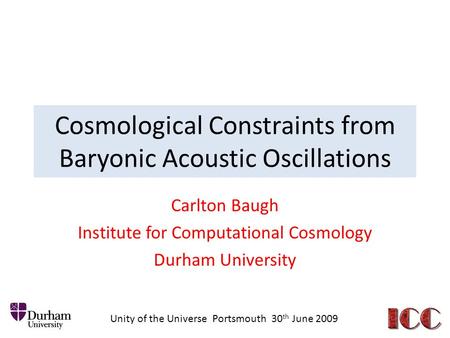 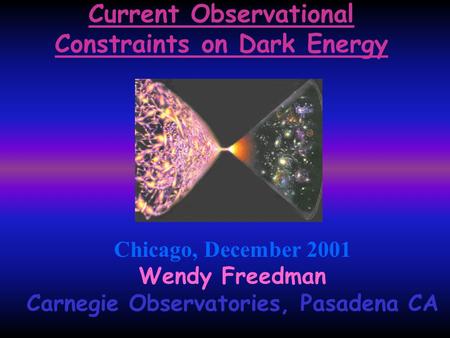 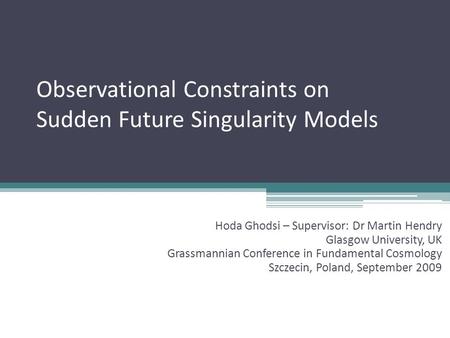 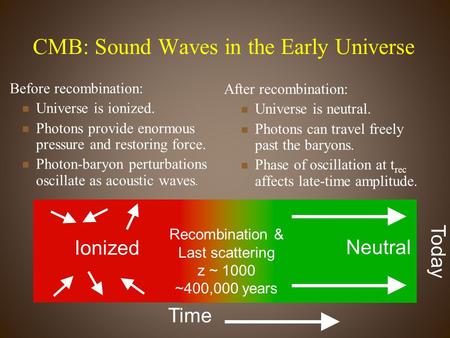 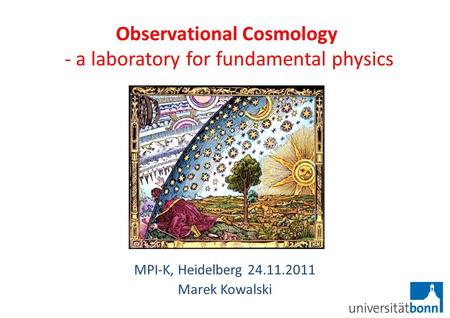 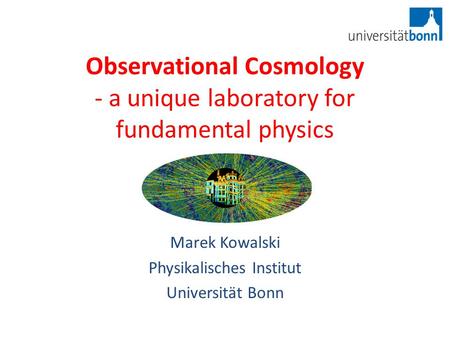 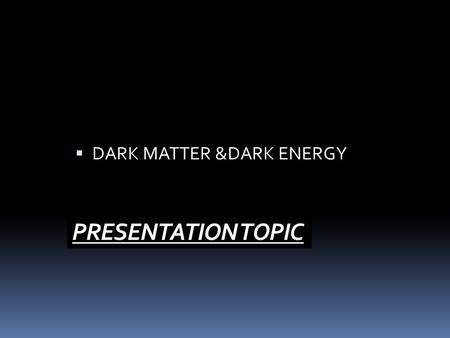 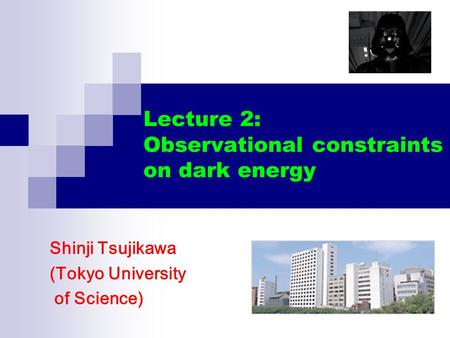 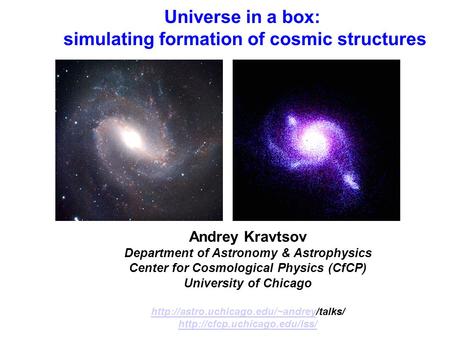 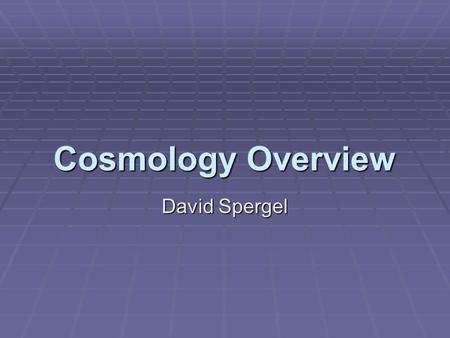 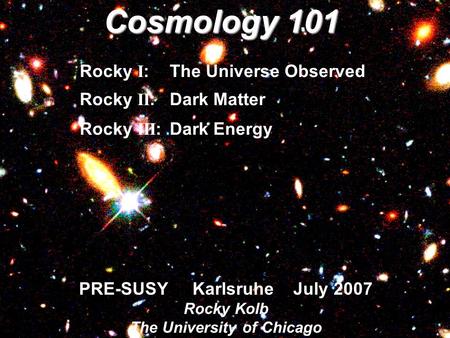 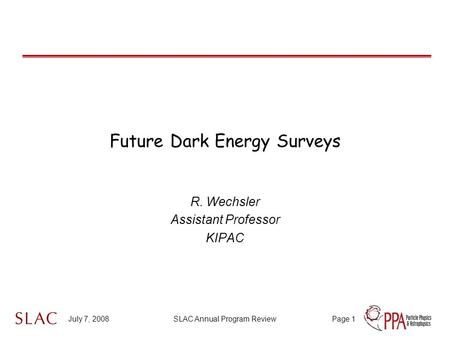 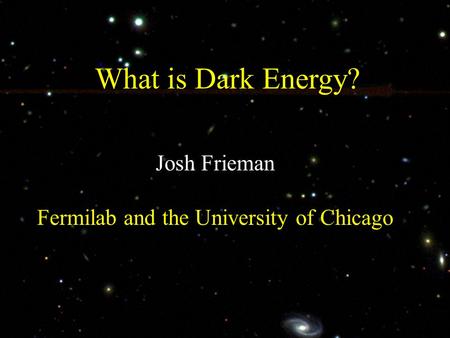 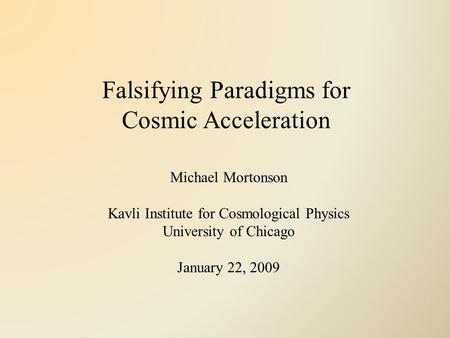 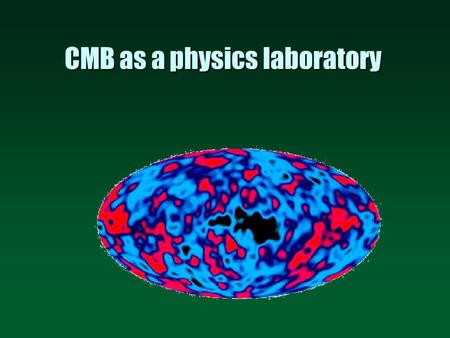 CMB as a physics laboratory 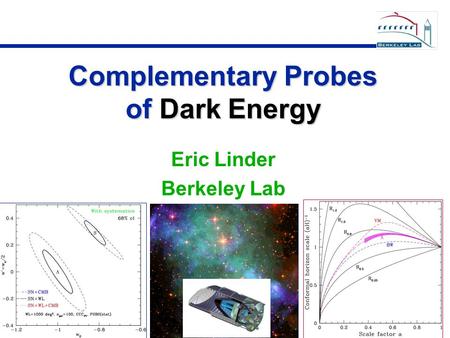 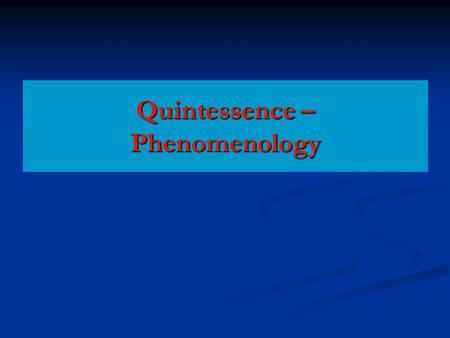 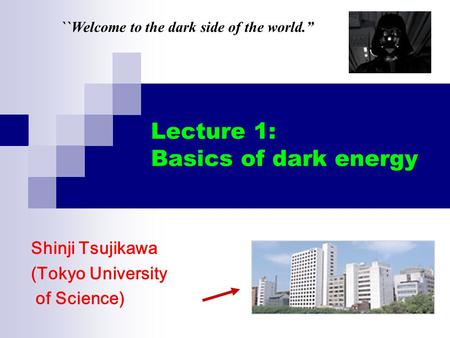 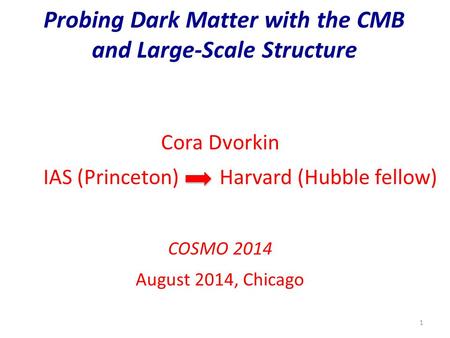 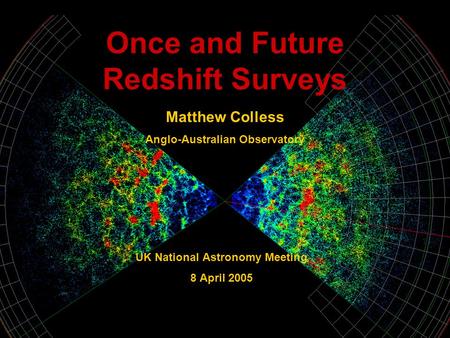