4 4 Class NP Problems NP-Problems: Problems for which there is no known polynomial-time algorithms, "intractable" problems NP means non-deterministically polynomial. If we have a candidate for a solution, we can verify it in polynomial time. The difficult part is to generate all possible candidates. Example: (the satisfiability problem) Given a boolean expression of n variables, find a set of variable assignments that satisfy the expression Obviously, P  NP, but P  NP (or P = NP) is an open question

5 5 NP-Complete Problems An NP-Complete problem is an NP problem with the property that any problem in NP can be reduced to it in polynomial time In 1971 Stephen Cook (currently working at the University of Toronto, Ontario) showed that the satisfiability problem is NP-complete by proving that every other NP problem could be transformed to it. http://www.cs.toronto.edu/DCS/People/Faculty/sacook.html

6 6 NP-Complete Problems Bin packing problem: How to pack or store objects of various sizes and shapes with a minimum of wasted space? Clique problem: A clique is a subset K of vertices in an undirected graph G such that every pair is joined by an edge in G. The problems are: Given a graph G, and an integer k, does G have a clique consisting of k vertices? Given a graph G, find a clique with as many vertices as possible. Knapsack problem: You have a knapsack with a given size and several objects with various sizes and values. The problem is how to fill your knapsack with these objects so that you have a maximum total value. Hamiltonian Cycle: a cycle that contains all nodes of the graph. Proving that a graph has a Hamiltonian cycle is a NP-complete problem.

13 13 Example of undecidable problem The halting problem Let LOOP be a program that checks other programs for infinite loops: LOOP(P) stops and prints "yes" if P loops infinitely LOOP(P) enters an infinite loop if P stops What about LOOP(LOOP)? http://www.cgl.uwaterloo.ca/~csk/washington/halt.html 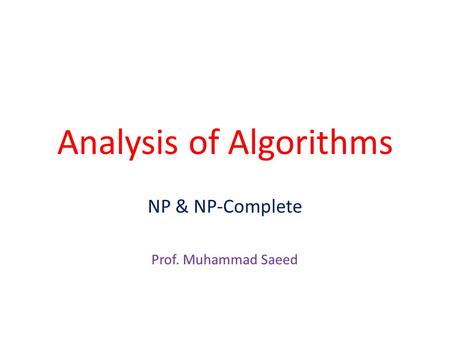 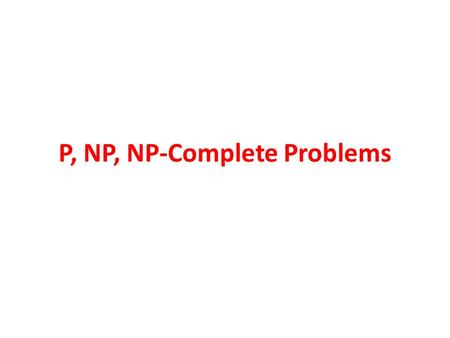 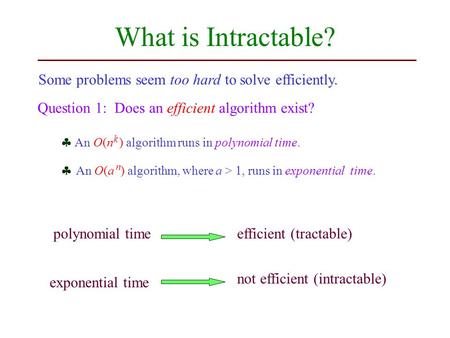 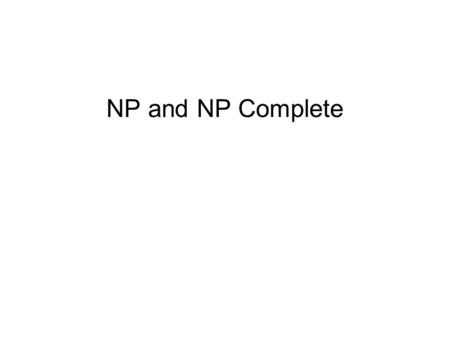 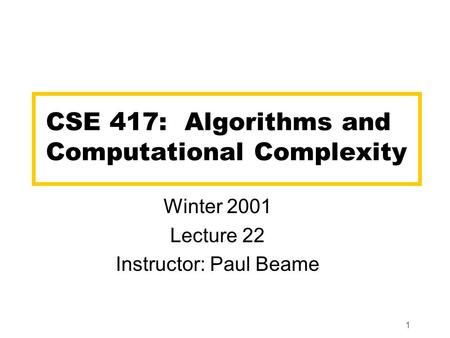 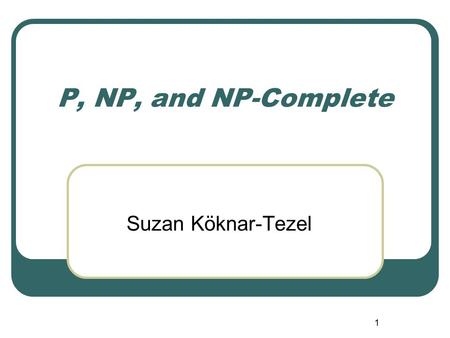