1 The Water Cycle AND Cloud Types

2 Water Cycle Information
Water cycle (hydrologic cycle): the continuous movement of water between Earth’s surface and the atmosphere through evaporation, condensation, and precipitation. The sun provides the energy for the water cycle.

7 Clouds are classified mainly by shape and height (altitude)
What is cloud(s)? Cloud: is a visible collection of a large number of tiny water droplets or ice particles being carried by current of air. Clouds are indicator of approaching weather. All cloud contains water vapor. Clouds are classified mainly by shape and height (altitude) Vocabulary: *Relative humidity: is a measure of the amount of water vapor that air is holding compared to the amount it can hold at a specific temperature. *Saturated: when air contains as much moisture as possible at a specific temperature. *Dew point: The temperature at which air is saturated and condensation take place. 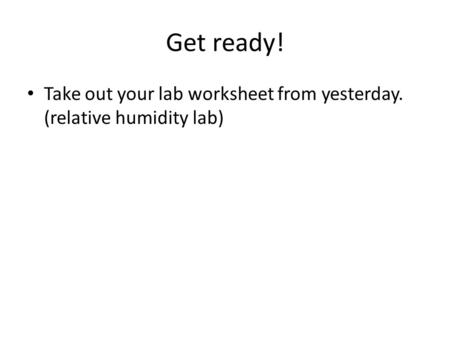 Get ready! Take out your lab worksheet from yesterday. (relative humidity lab) 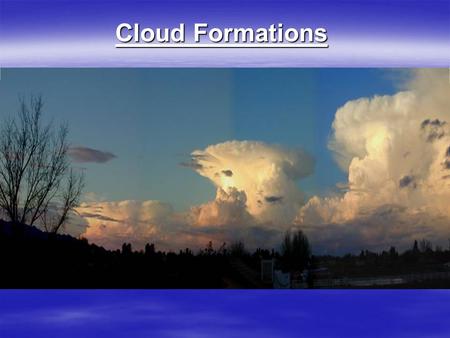 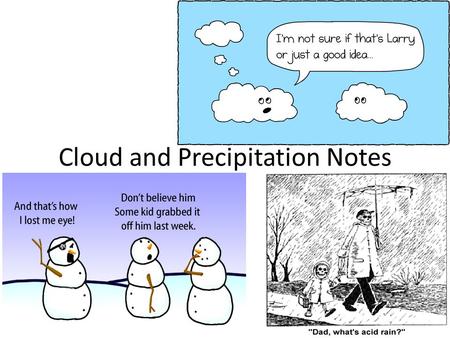 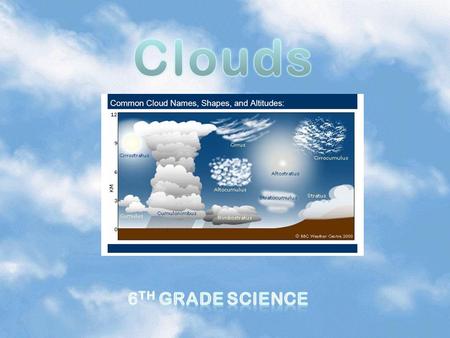