Presentation on theme: "Being Single in Later Life Gero 408. Profiles Single refers to never married. These individuals have chosen and are committed to remaining single. Some."— Presentation transcript:

1 Being Single in Later Life Gero 408

2 Profiles Single refers to never married. These individuals have chosen and are committed to remaining single. Some factors to consider: number of baby boomers, birth control, women’s movement, sex outside marriage, demographics-well educated women of 35 had only a 5% chance of marrying. By 1991 number of available men outnumbered single women.

3 Profiles Remaining single is in a cultural ideology which stigmatizes the single person. See page 94. Single people have less access to employee benefits and loans (esp. females), fewer tax breaks, and social security benefits. This leads to negative stereotyping-discuss This categorizes by what you are not rather than affirm what you are.

4 Profiles Moving from temporary to stable singlehood is a major transition Marriage in later singlehood could be for reasons of companionship, financial security, or friendship. Marital status has taken on a more fluid perception Being single affects social networks and well- being.

5 Trends in Staying Single Among those 65+ the proportion staying single has remained constant at around 5% Higher percentages in younger cohorts reflects delays in marriage and the choice of alternative relationships. Educated women have elevated rates of staying single. Older singles usually have no children or spousal kin

8 Lives of older Singles Singleness allowed the person to choose to be childless There is a focus on current situations and networks For single women, not marrying means being in the labor force-seen as an important accomplishment-this is an advantage at retirement for rewards of a lifetime career and a stable financial status.

9 Life style Read pages 100-101. Single women maintain a large network of siblings, family and friends. Higher education levels enhances levels of interaction and socio-emotional support. A lifetime of less competition from other relationships-spouse, permits singles to maintain sib and family relationships more effectively. There is a higher investment in friendship

10 Lifestyle Friends will often take the place of family providing enduring, trusting and supportive ties in later life. Friendship is often based on “voluntary mutuality” rather than dependency Very old singles have a high rate of co- residency often with family Singles may mimic more emotive relationships with family members

11 Lifestyle The unique feature of being single in mid and late life is the greater opportunity to choose whom to care for and about and the parameters of a close relationship. Those who see single as being desirable are often less lonely in old age. However, they do feel substantial loss when significant persons die or move away. The strains of being alone are felt more by divorced or widowed-mainly from adjustment issues. Single women are also more satisfied than single men. Read 102-104

12 Gay and Lesbian Singles There is a high proportion of gay men and lesbian females who are single. With a difficult heterosexist def. of singleness it is difficult to calculate the number. Age, gender and sexual orientation have special challenges. High pressure on youthfulness, image and age segregation.Gays and lesbians living alone are often without family support

13 Options for intimate relationships We assume intimacy in old age is confined to the married and the single are celibate. Dating and cohabitation are often not considered as ongoing issues for single seniors and that this only occurs after divorce or widowhood. See summary on page 106.

Download ppt "Being Single in Later Life Gero 408. Profiles Single refers to never married. These individuals have chosen and are committed to remaining single. Some." 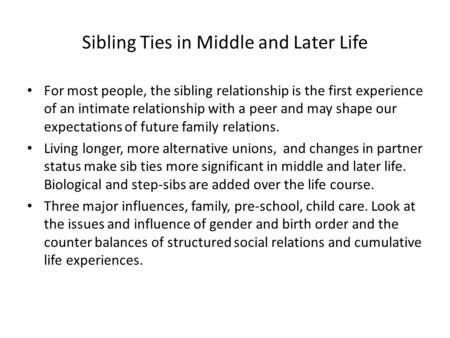 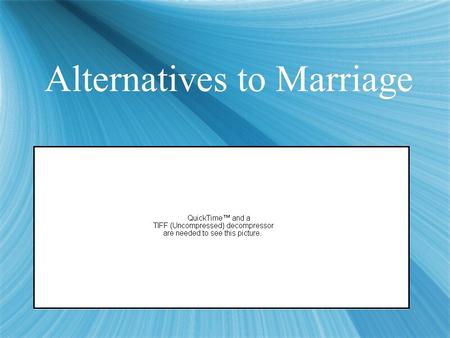 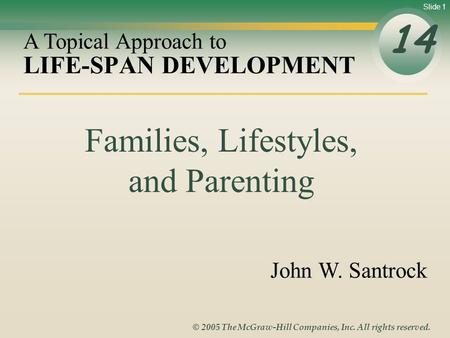 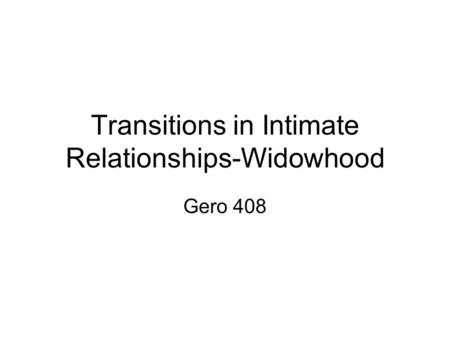 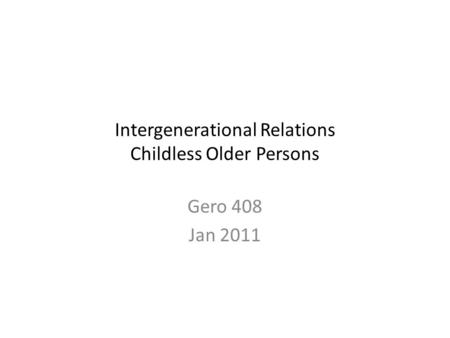 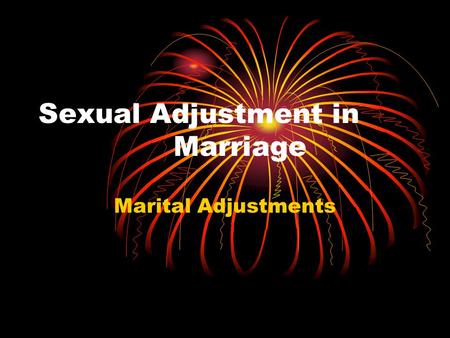