2 2 Benzene is  An aromatic compound.  A ring of 6 C atoms and 6 H atoms.  A flat ring structure drawn with double bonds.  Represented by two structures because the electrons move among the C atoms. Aromatic Compounds

3 3  Because the pi electrons in benzene are shared equally among the 6 C atoms, benzene can also be represented as a hexagon with a circle drawn inside. Benzene Structure

4 4 Aromatic Compounds in Nature and Medicine

5 5 A benzene with a single substituent is often named as a benzene derivative. Methylbenzene Chlorobenzene Naming Aromatic Compounds

6 6 Some substituted benzene rings have common names that have been in use for many years. Some Common Names

7 7 A benzene ring with two or more substituents is numbered to give the lowest numbers to the side groups. Common names use the prefixes ortho- (1,2-), meta- (1,3-) and para- (1,4-). Naming Aromatic Compounds 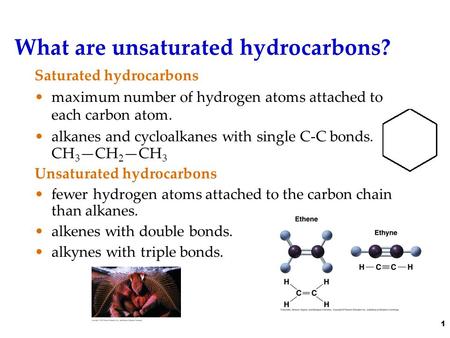 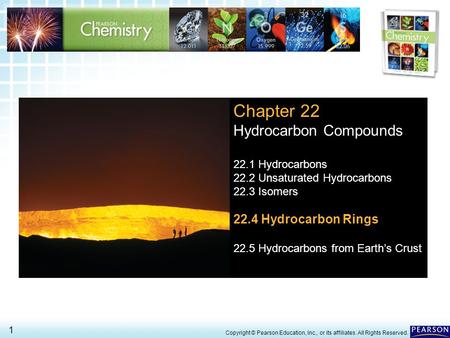 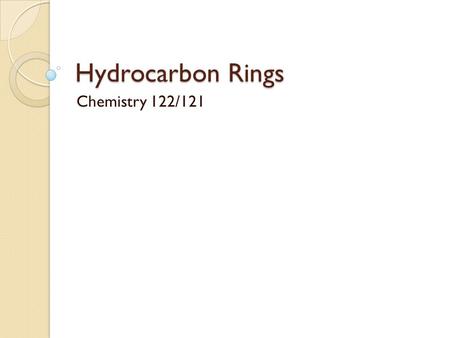 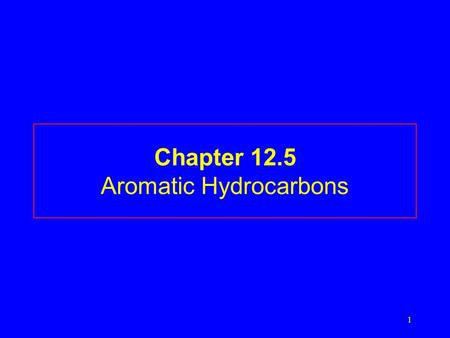 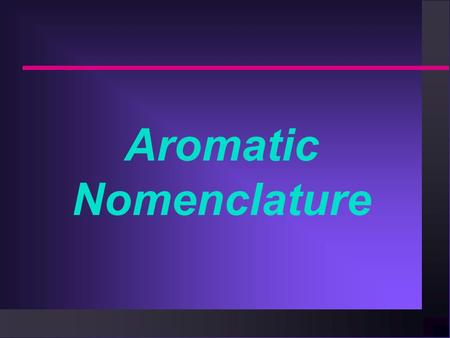 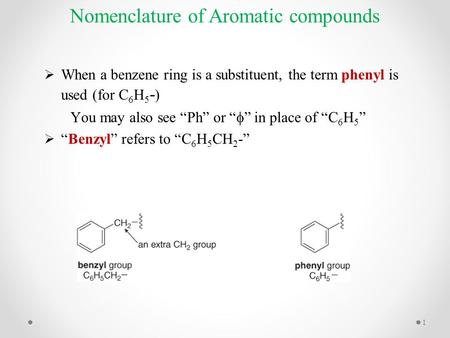 Nomenclature of Aromatic compounds  When a benzene ring is a substituent, the term phenyl is used (for C 6 H 5 - ) You may also see “Ph” or “  ” in place. 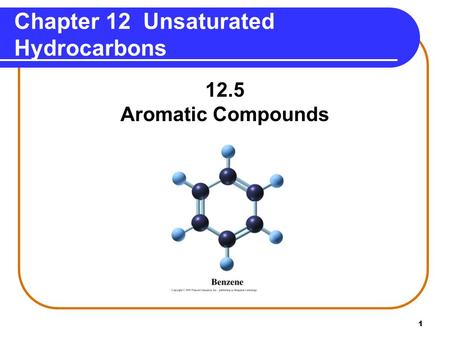 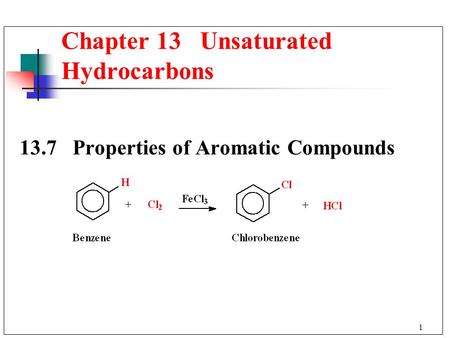 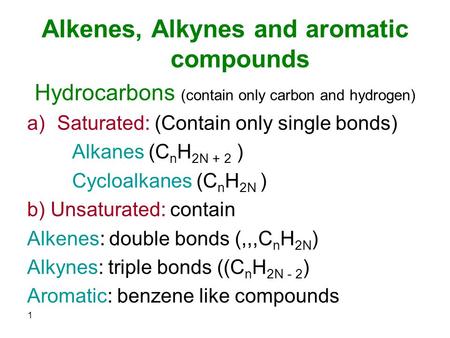 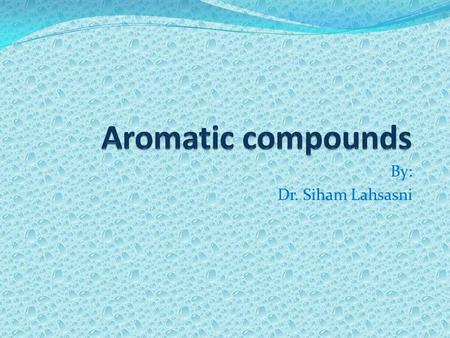 By: Dr. Siham Lahsasni. BENZENE : Resonance description Later spectroscopic evidence showed all bond lengths in benzene to be equal and intermediate between. 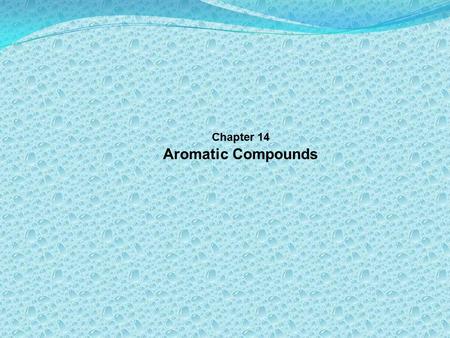 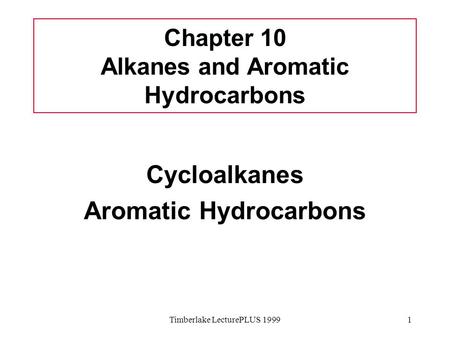 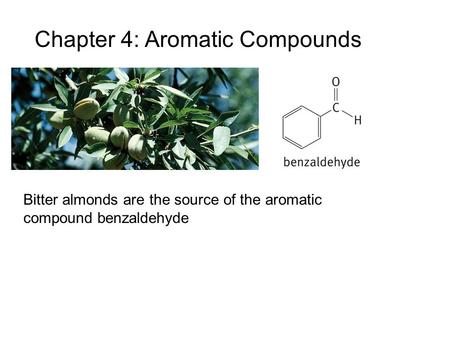 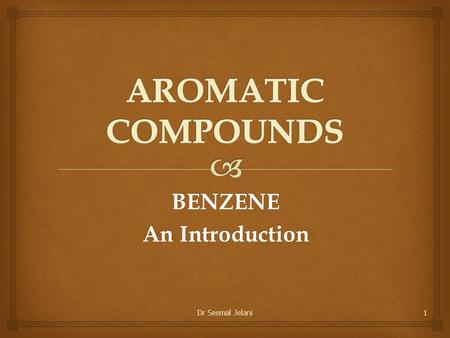 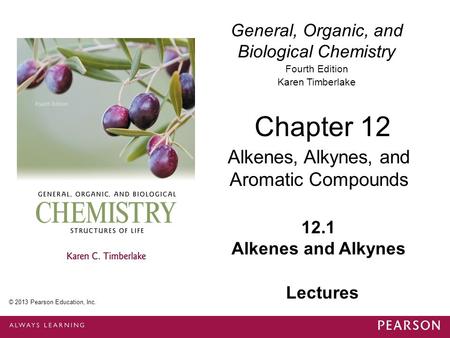 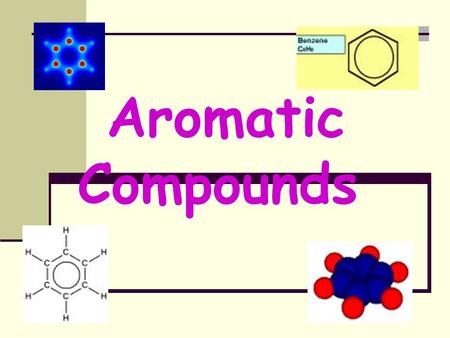 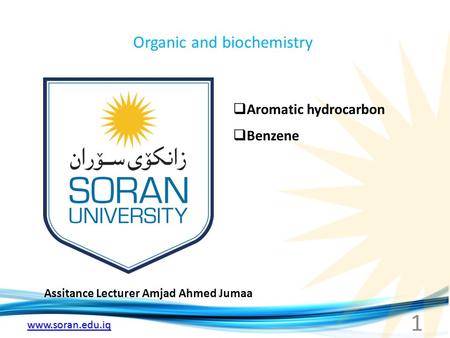 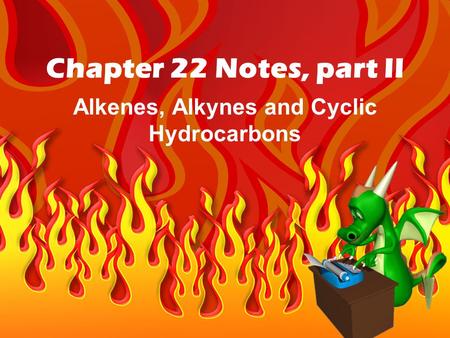 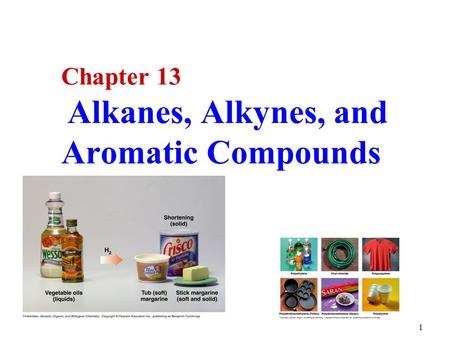 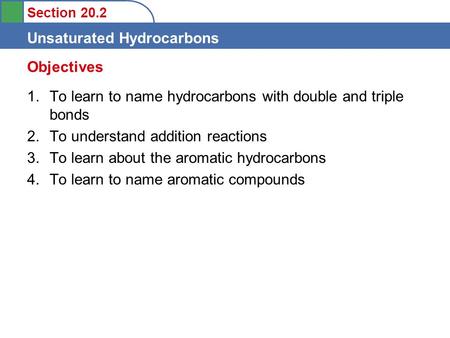 Objectives To learn to name hydrocarbons with double and triple bonds