5 Example of Fund Transfer
Transaction to transfer $50 from account A to account B: 1. read(A) 2. A := A – 50 3. write(A) 4. read(B) 5. B := B + 50 6. write(B) Atomicity requirement — if the transaction fails after step 3 and before step 6, the system should ensure that its updates are not reflected in the database, else an inconsistency will result. Consistency requirement – the sum of A and B is unchanged by the execution of the transaction.

6 Example of Fund Transfer (Cont.)
Isolation requirement — if between steps 3 and 6, another transaction is allowed to access the partially updated database, it will see an inconsistent database (the sum A + B will be less than it should be). Isolation can be ensured trivially by running transactions serially, that is one after the other. However, executing multiple transactions concurrently has significant benefits, as we will see later. Durability requirement — once the user has been notified that the transaction has completed (i.e., the transfer of the $50 has taken place), the updates to the database by the transaction must persist despite failures. 1. read(A) 2. A := A – 50 3. write(A) 4. read(B) 5. B := B + 50 6. write(B)

8 Implementation of Atomicity and Durability
One possibility: the shadow-database scheme Assumes disks do not fail and only one transaction is active at a time Useful for text editors, but extremely inefficient for large databases (why?) does not handle concurrent transactions Better schemes presented in Chapter 17.

9 Concurrent Executions
Multiple transactions are allowed to run concurrently in the system. Advantages are: increased processor and disk utilization, leading to better transaction throughput: one transaction can be using the CPU while another is reading from or writing to the disk reduced average response time for transactions: short transactions need not wait behind long ones. Concurrency control schemes – mechanisms to achieve isolation; that is, to control the interaction among the concurrent transactions in order to prevent them from destroying the consistency of the database Presented in Chapter 16.

12 Schedule 3 Let T1 and T2 be the transactions defined previously. The following schedule is not a serial schedule, but it is equivalent to Schedule 1. In Schedules 1, 2 and 3, the sum A + B is preserved.

13 Schedule 4 The following concurrent schedule does not preserve the value of (A + B).

14 Serializability Basic Assumption – Each transaction preserves database consistency. Thus serial execution of a set of transactions preserves database consistency. A (possibly concurrent) schedule is serializable if it is equivalent to a serial schedule. We ignore operations other than read and write instructions, and we assume that transactions may perform arbitrary computations on data in local buffers in between reads and writes. Our simplified schedules consist of only read and write instructions.

17 Conflict Serializability (Cont.)
Schedule 3 can be transformed into Schedule 6, a serial schedule where T2 follows T1, by series of swaps of non-conflicting instructions. Therefore Schedule 3 is conflict serializable. Schedule 3 Schedule 6

19 Testing for Serializability
Consider some schedule of a set of transactions T1, T2, ..., Tn Precedence graph — a direct graph where the vertices are the transactions (names). We draw an arc from Ti to Tj if the two transaction conflict, and Ti accessed the data item on which the conflict arose earlier. We may label the arc by the item that was accessed. Example 1 x y

22 Recoverable Schedules
Need to address the effect of transaction failures on concurrently running transactions. Recoverable schedule — if a transaction Tj reads a data item previously written by a transaction Ti , then the commit operation of Ti appears before the commit operation of Tj. The following schedule (Schedule 11) is not recoverable if T9 commits immediately after the read If T8 should abort, T9 would have read (and possibly shown to the user) an inconsistent database state. Hence, database must ensure that schedules are recoverable.

23 Cascading Rollbacks Cascading rollback – a single transaction failure leads to a series of transaction rollbacks. Consider the following schedule where none of the transactions has yet committed (so the schedule is recoverable) If T10 fails, T11 and T12 must also be rolled back. Can lead to the undoing of a significant amount of work

25 Implementation of Isolation
A database must provide a mechanism that will ensure that all possible schedules are either conflict or view serializable, and are recoverable and preferably cascadeless A policy (e.g.: using a lock) in which only one transaction can execute at a time generates serial schedules, but provides a poor degree of concurrency Goal – to develop concurrency control protocols that will assure serializability. 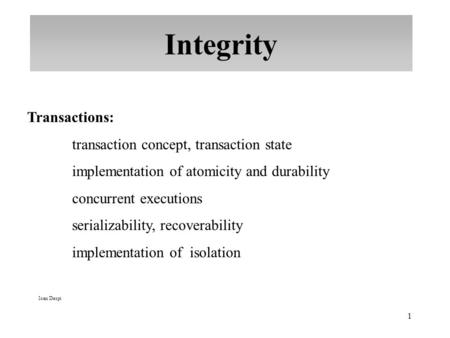 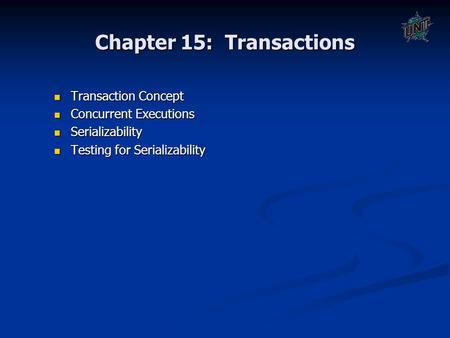 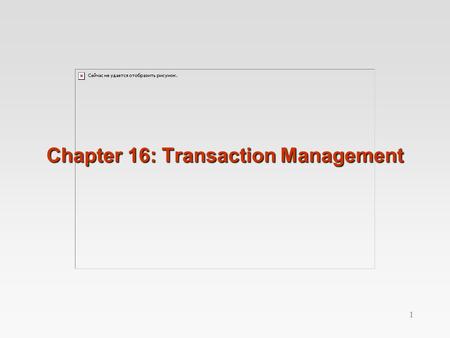 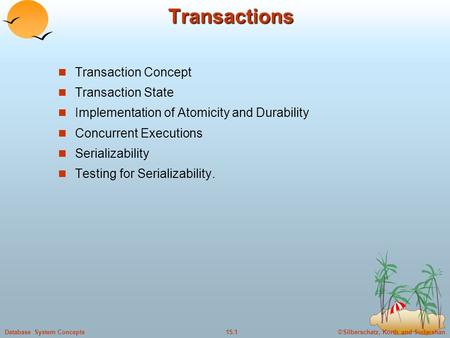 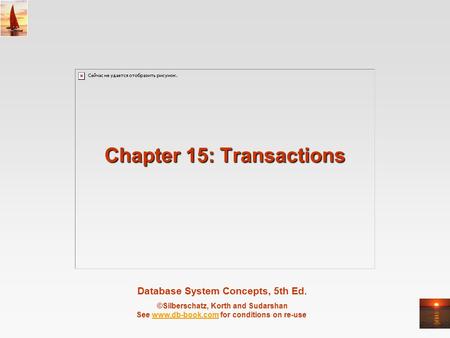 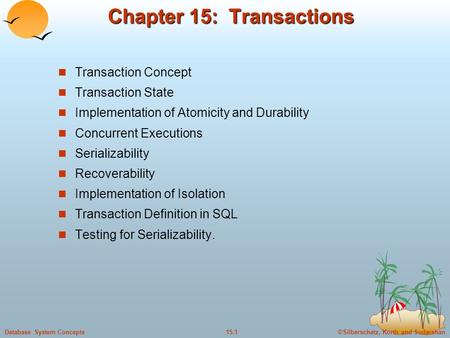 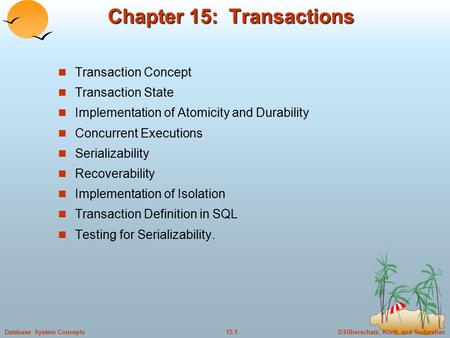 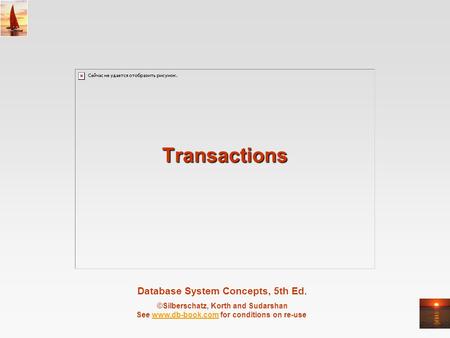 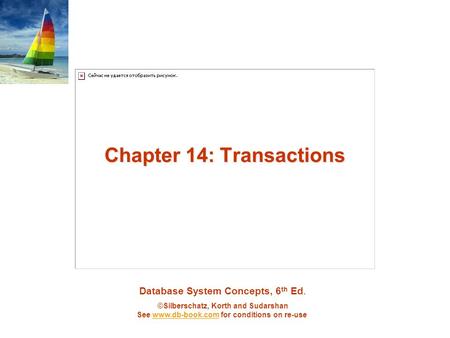 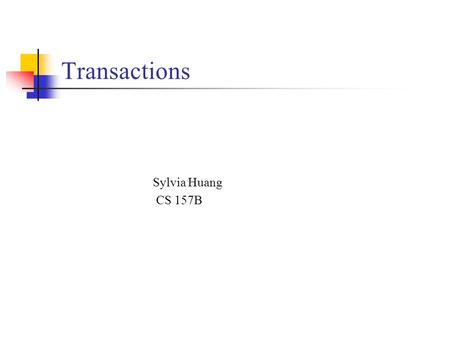 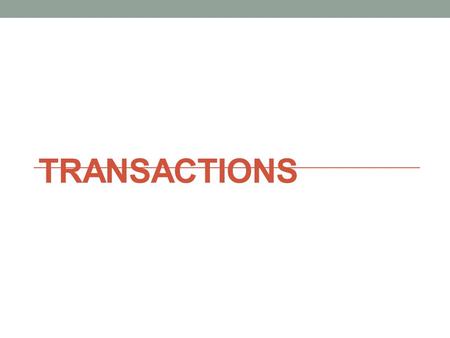 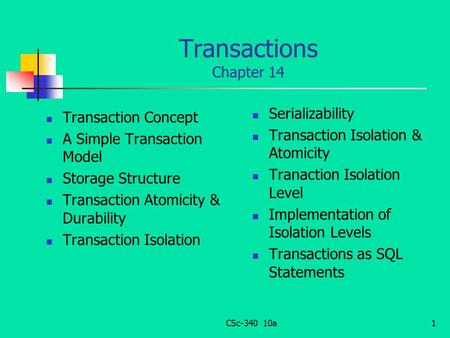 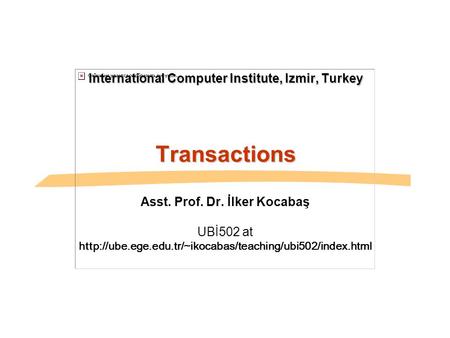 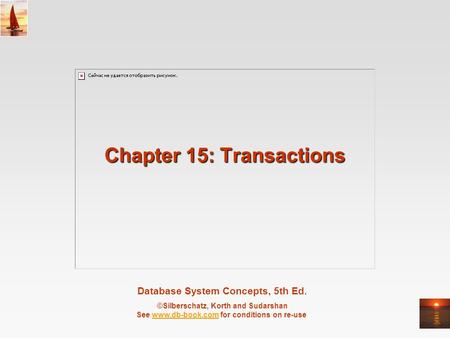 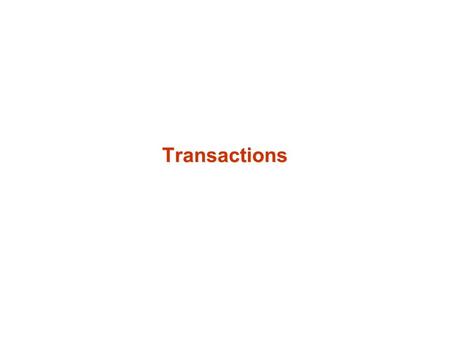 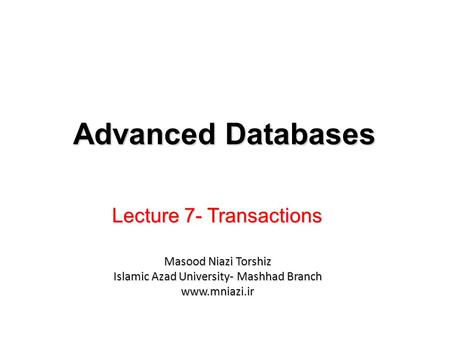 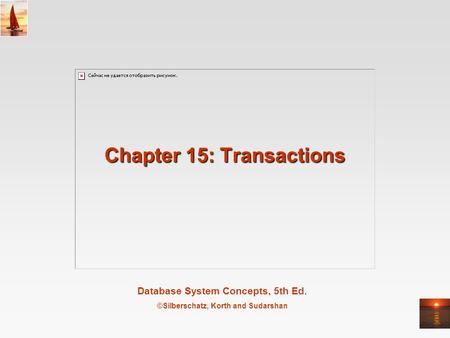 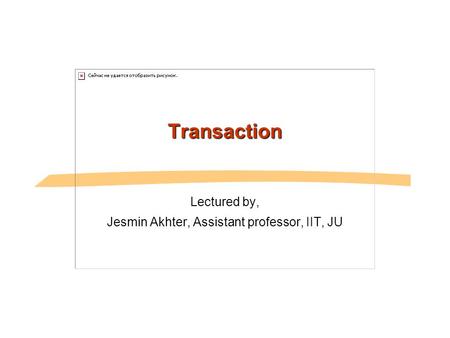 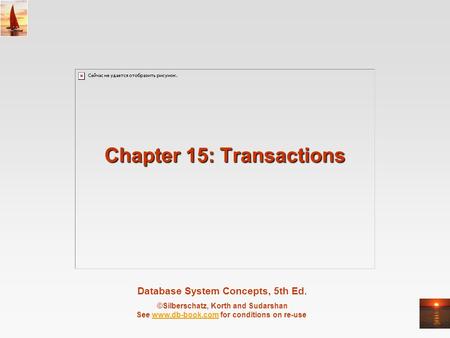 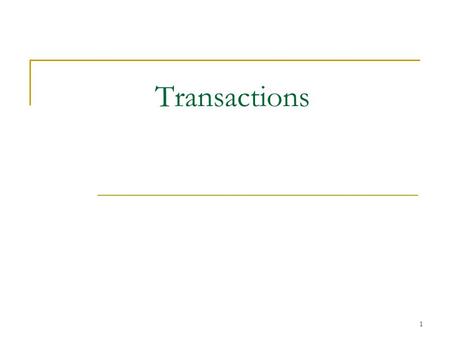