5 Dispatcher Dispatcher module gives control of the CPU to the process selected by the short-term scheduler; this involves: switching context switching to user mode jumping to the proper location in the user program to restart that program Dispatch latency – time it takes for the dispatcher to stop one process and start another running.

6 Scheduling Criteria CPU utilization – keep the CPU as busy as possible
Throughput – # of processes that complete their execution per time unit Turnaround time – amount of time to execute a particular process Waiting time – amount of time a process has been wiating in the ready queue Response time – amount of time it takes from when a request was submitted until the first response is produced, not output (for time-sharing environment)

10 Shortest-Job-First (SJR) Scheduling
Associate with each process the length of its next CPU burst. Use these lengths to schedule the process with the shortest time. Two schemes: nonpreemptive – once CPU given to the process it cannot be preempted until completes its CPU burst. Preemptive – if a new process arrives with CPU burst length less than remaining time of current executing process, preempt. This scheme is know as the Shortest-Remaining-Time-First (SRTF). SJF is optimal – gives minimum average waiting time for a given set of processes.

13 Determining Length of Next CPU Burst
Can only estimate the length. Can be done by using the length of previous CPU bursts, using exponential averaging.

15 Priority Scheduling A priority number (integer) is associated with each process The CPU is allocated to the process with the highest priority (smallest integer  highest priority). Preemptive nonpreemptive SJF is a priority scheduling where priority is the predicted next CPU burst time. Problem  Starvation – low priority processes may never execute. Solution  Aging – as time progresses increase the priority of the process.

16 Round Robin (RR) Each process gets a small unit of CPU time (time quantum), usually milliseconds. After this time has elapsed, the process is preempted and added to the end of the ready queue. If there are n processes in the ready queue and the time quantum is q, then each process gets 1/n of the CPU time in chunks of at most q time units at once. No process waits more than (n-1)q time units. Performance q large  FIFO q small  q must be large with respect to context switch, otherwise overhead is too high.

20 Multilevel Queue Ready queue is partitioned into separate queues: foreground (interactive) background (batch) Each queue has its own scheduling algorithm, foreground – RR background – FCFS Scheduling must be done between the queues. Fixed priority scheduling; i.e., serve all from foreground then from background. Possibility of starvation. Time slice – each queue gets a certain amount of CPU time which it can schedule amongst its processes; i.e., 80% to foreground in RR 20% to background in FCFS 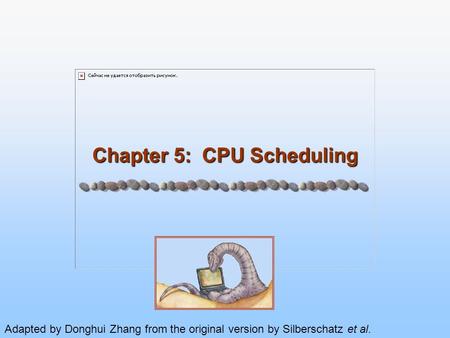 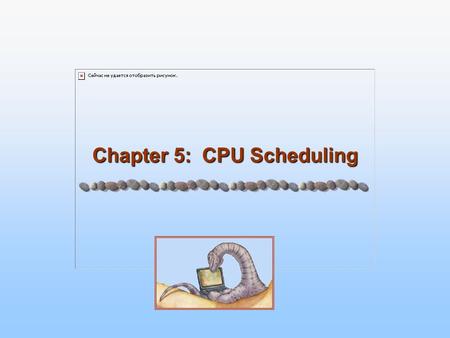