 3G is the third generation of tele standards and technology for mobile networking, superseding 2.5G. It is based on the International Telecommunication.

Presentation on theme: " 3G is the third generation of tele standards and technology for mobile networking, superseding 2.5G. It is based on the International Telecommunication."— Presentation transcript:

4  Access network provides radio connectivity and most of the mobility handling CS domain provides traditional mobile voice service plus some new 3G services like video call PS domain provides packet based connectivity to existing packet based networks, that is the Internet IMS provides introduces the IP multimedia services, like VoIP. It provides SIP based signalling.  The public switched telephone network (PSTN) is the worldwide collection of interconnected public telephone networks that was designed primarily for voice traffic.

5  The IP Multimedia Subsystem (IMS) is the technology that will merge the Internet (packet switching) with the cellular world (circuit switching).  It will make Internet technologies, such as the web, email, instant messaging, presence, and videoconferencing available nearly everywhere.  It is a core network technology, that can serve as a low-level foundation for technologies like Voice over IP (VoIP), Push-To-Talk (PTT), Push-To-View, Video Calling, and Video Sharing. IMS is based primarily on SIP (session initiation protocol).

7  CSCF (Call/Session Control Function) is a SIP (Session Initiation Protocol) server which processes SIP signalling in the IMS. There are 3 types of CSCFs depending on the functionality they provide.  P-CSCF is the first point of contact between the IMS terminal and the IMS network. All the requests initiated by the IMS terminal or destined to the IMS terminal traverse the P-CSCF. This node provides several functions related to security.  I-CSCF (Interrogating-CSCF) provides the functionality of a SIP proxy server. It also has an interface to the SLF (Subscriber Location Function) and HSS (Home Subscriber Server).

8  S-CSCF (Serving-CSCF) is a SIP server that performs session control. It maintains a binding between the user location and the user’s SIP address of record Like the I-CSCF, the S-CSCF also implements a Diameter interface to the HSS.  SIP AS (Application Server): The AS is a SIP entity that hosts and executes IP Multimedia Services based on SIP.  IM-SSF (IP Multimedia Services Switching Function acts as an Application Server on one side and on the other side, it acts as an SCF (Service Switching Function) interfacing the gsmSCF (GSM Service Control Function) with a protocol based on CAP (CAMEL Application Part).  MRF (Media Resource Function) provides a source of media in the home network. It is further divided into a signalling plane node called the MRFC (Media Resource Function Controller) and a media plane node called the MRFP (Media Resource Function Processor)

11  UAC which is the user agent client where as uas is the user agent server.  In the session control UAC sends a bye request to the UAS and if the UAS accepts it then the regular transaction takes place in the session control.  In the INVITE ACK transaction UAC sends a request to the UAS and in this process the ringing takes place and if it is accepted by the UAS the ACK is taken place between UAC and UAS.

19  IMS is the Universal base for other services  It has many Advantages for users and operators.  In this way IMS plays a key role in the mobile communication and it also used for Instant Messaging services.

Download ppt " 3G is the third generation of tele standards and technology for mobile networking, superseding 2.5G. It is based on the International Telecommunication." 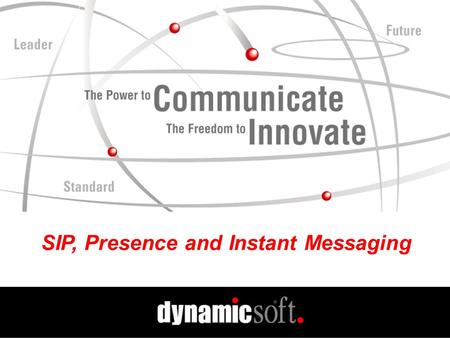 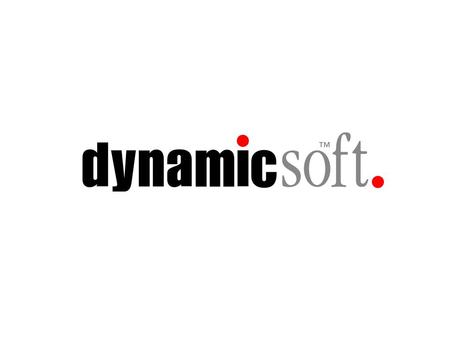 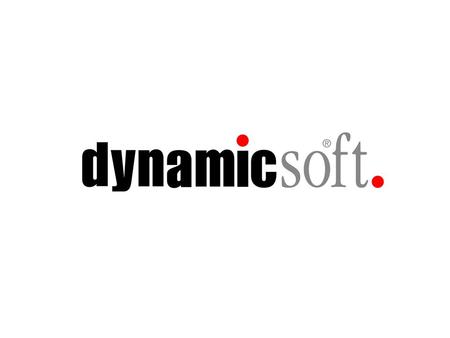 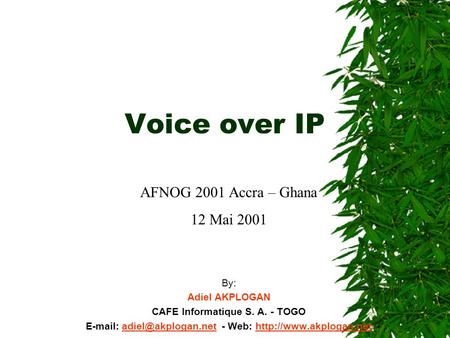 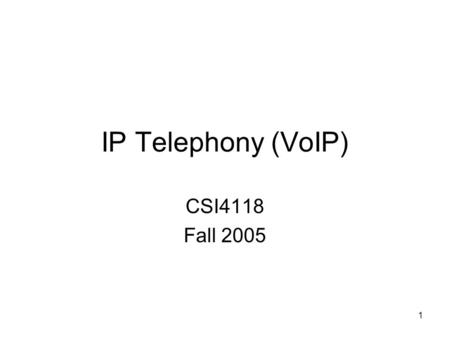 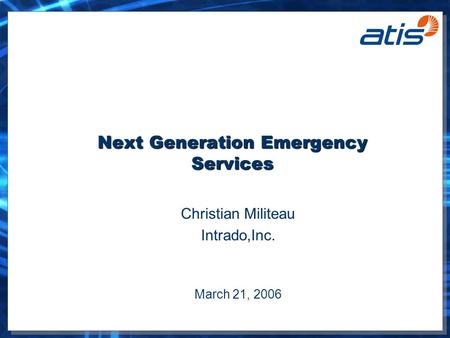 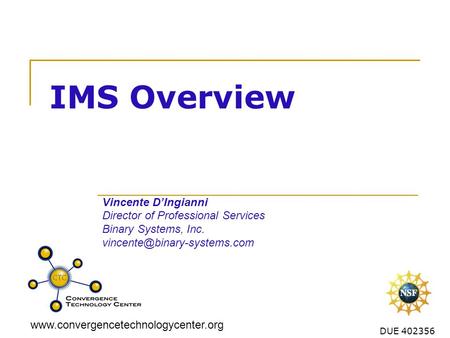 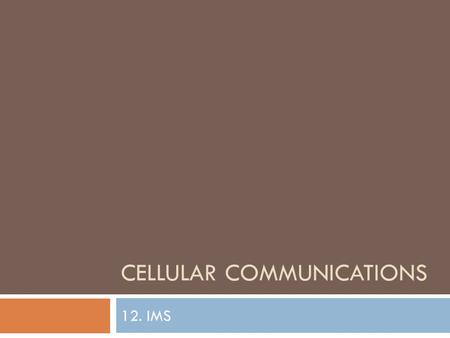 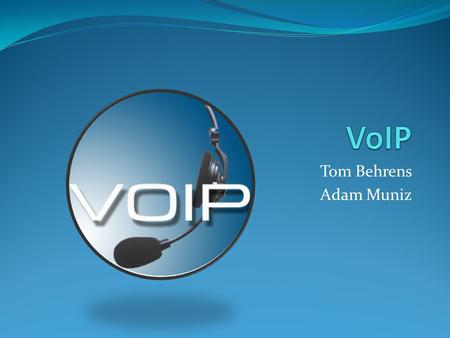 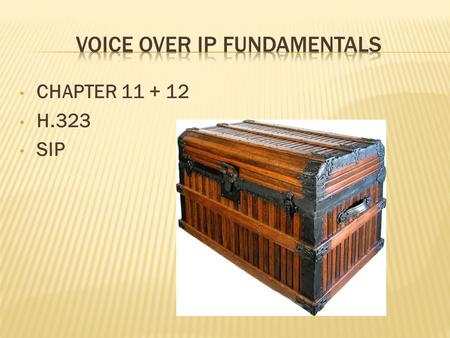 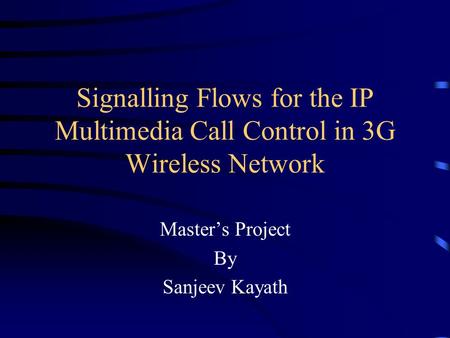 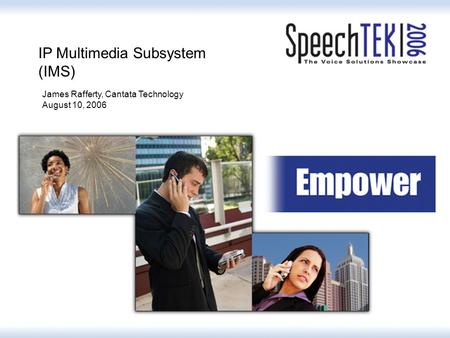 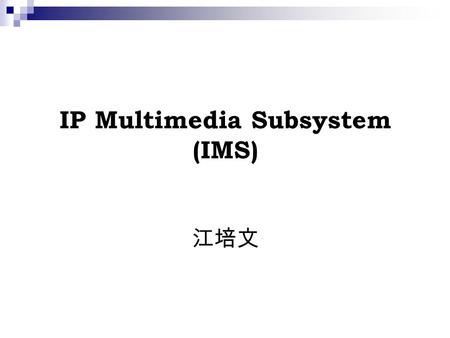 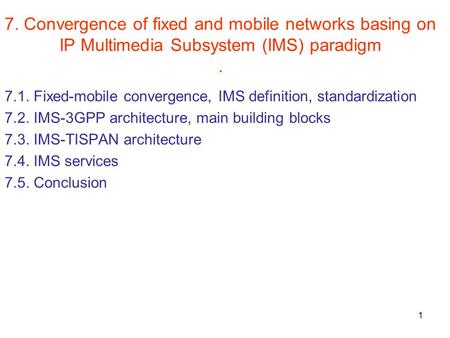 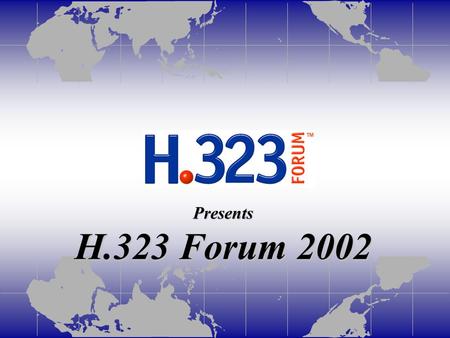 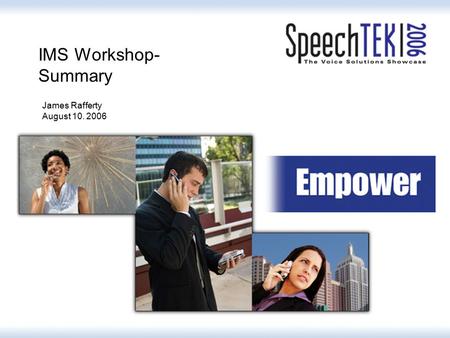 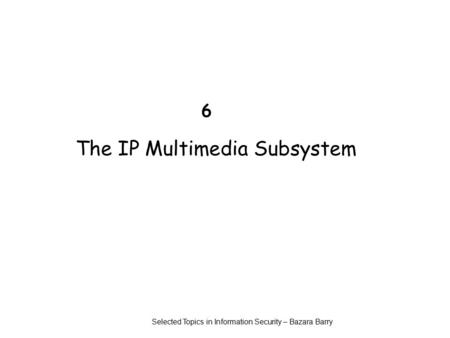 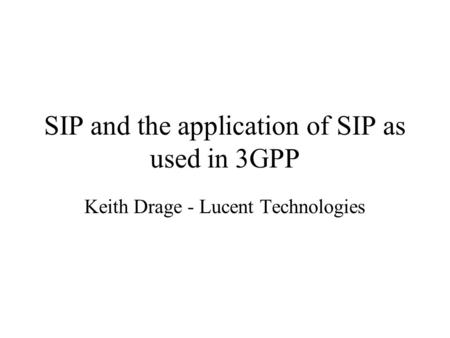 SIP and the application of SIP as used in 3GPP Keith Drage - Lucent Technologies. 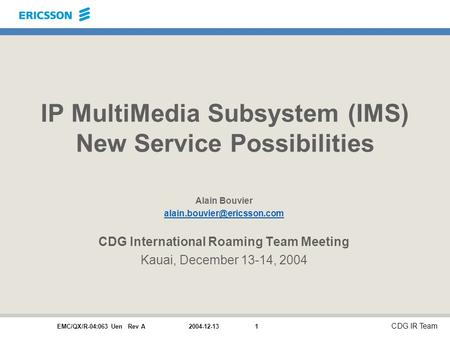 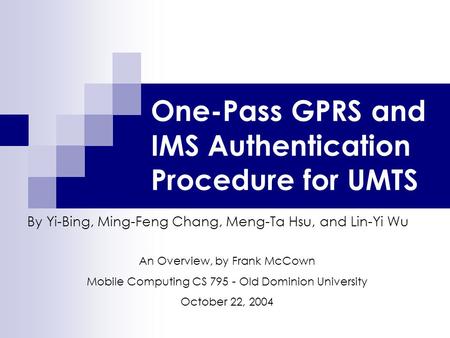