2 What Is a Computer and What Does It Do? A computer is a programmable electronic device that accepts data and performs operations on that data 1.Input—entering data into the computer. 2.Processing—performing operations on the data. 3.Output—presenting the results. 4.Storage—saving data, programs, or output for future use.

5 Mobile Devices Very small computing devices. Usually based on a wireless phone or pager. Many can be used to access e-mail and Web pages.

6 Personal Computers Microprocessors allow for the creation of computers small enough to fit on a desk or lap. PC compatible—based on the original IBM PC; typically run the Windows operating system. Macintosh—a type of personal computer manufactured by Apple.

7 Personal Computers, Cont ’ d. Desktop computers: small enough to fit on or next to a desk. Can use: –Desktop case –Tower case –All-in-one case

15 Hardware, Cont’d. An input device is used to input data into the computer. A processing device performs calculations and comparisons necessary for processing. The main processing device is the central processing unit (CPU). An output device presents the results to the user. Storage devices are used to save data, programs or output. Communication devices allow the user to communicate with others and access remote information.

18 Hardware, Cont’d. Central Processing Unit (CPU): –a chip or the processor –performance is determined by the rest of the computer's circuitry and chips. –Pentium chip made by Intel, the most common CPU –many other CPUs (eg. Motorola and AMD) Clock Speed: –first computers operated at below 30 megahertz (MHz) –Pentium chips began at 75 MHz in the late 1990's. –Speeds now exceed 3000+ MHz or 3 gigahertz (GHz). Motherboard: –The circuit board that the chip is housed in –contains the circuitry and connections that allow the various components to communicate with each other

19 Hardware, Cont’d. Keyboard: –used to type information into the computer or input information –many different keyboard layouts and sizes Removable Storage and/or Disk Drives: –disk is the storage device which contains computer files –drive is the mechanism that runs the disk Monitors: –show information on the screen when you type (outputting) –come in many types and sizes

20 Hardware, Cont’d. Printers: –takes the information on your screen and transfers it to paper or a hard copy –many different types with various levels of quality 1.dot matrix 2.inkjet 3.laser

21 Hardware, Cont’d. Modem: –used to translate information transferred through telephone lines or cable –changes the signal from digital, which computers use, to analog, which telephones use and then back again –A high speed connection also requires a modem but information is transferred digitally

22 Hardware, Cont’d. Scanners –allow you to transfer pictures and photographs to your computer Digital cameras –allow you to take digital photographs Case – houses the microchips and circuitry that run the computer Cards –Cards are components added to computers to increase their capability Sound cards, Color cards, Video cards, Network cards. Cables –connect internal components to the Motherboard, allowing the CPU to communicate with the other components of the computer

23 Hardware, Cont’d. Memory: –Random Access Memory or RAM is the memory that the computer uses to temporarily store the information as it is being processed –first home computers used 64 kilobytes of RAM memory –Today's modern computers need a minimum of 64 Mb –RAM memory chips come in many different sizes and speeds and can usually be expanded –Older computers came with 512 Kb of memory which could be expanded to a maximum of 640 Kb –Memory chips range in size from 1 Mb to 4 GB

24 Software The programs or instructions used to tell the computer hardware what to do. System software allows a computer to operate and run application software-- e.g Operating Systems like Microsoft Windows, Mac OS or Linux : controls the input and output or directs the flow of information to and from the CPU. Application software performs specific tasks or applications.

25 Software, Cont’d. Three basic types of software: Commercial: comes prepackaged and is available from software stores and through the Internet Shareware: often is disabled in some way and has a notice attached to explain the legal requirements for using the product open source: released into the public domain for public use 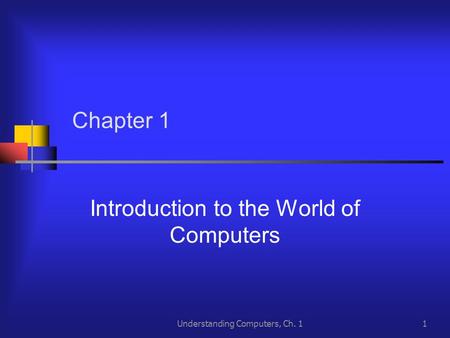 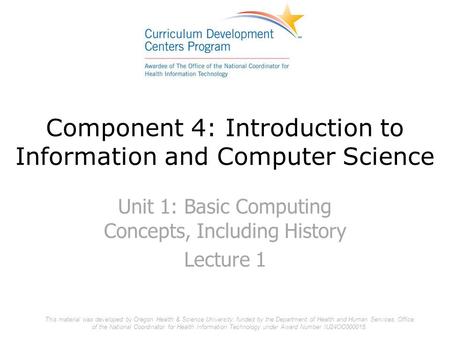 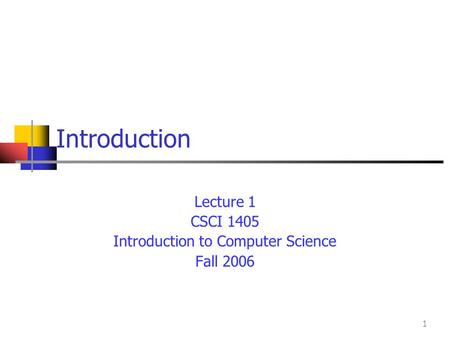 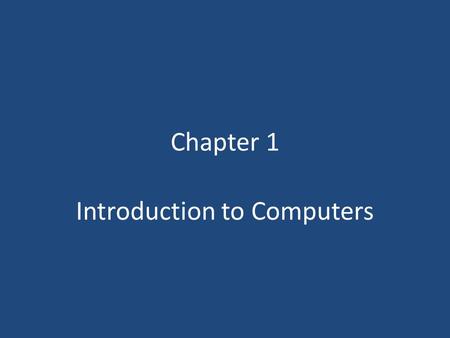