2 2 Genomics and Proteomics The field of genomics deals with the DNA sequence, organization, function, and evolution of genomes Proteomics aims to identify all the proteins in a cell or organism including any posttranslationally modified forms, as well as their cellular localization, functions, and interactions Genomics was made possible by the invention of techniques of recombinant DNA, also known as gene cloning or genetic engineering

3 3 Genetic Engineering In genetic engineering, the immediate goal of an experiment is to insert a particular fragment of chromosomal DNA into a plasmid or a viral DNA molecule This is accomplished by breaking DNA molecules at specific sites and isolating particular DNA fragments DNA fragments are usually obtained by the treatment of DNA samples with restriction enzymes Cloning from mRNA molecules depends on an unusual polymerase, reverse transcriptase, which can use a single-stranded RNA molecule as a template and synthesize a complementary DNA (cDNA)

5 5 Bioinformatics Rapid automated DNA sequencing was instrumental in the success of the Human Genome Project, an international effort begun in 1990 to sequence the human genome and that of a number of organisms However, a genomic sequence is like a book using an alphabet of only four letters, without spaces or punctuation. Identifying genes and their functions is a major challenge The annotation of genomic sequences at this level is one aspect of bioinformatics, defined broadly as the use of computers in the interpretation and management of biological data

6 6 Functional Genomics Genomic sequencing has made possible a new approach to genetics called functional genomics, which focuses on genome-wide patterns of gene expression and the mechanisms by which gene expression is coordinated DNA microarray (or chip) - a flat surface about the size of a postage stamp with up to 100,000 distinct spots, each containing a different immobilized DNA sequence suitable for hybridization with DNA or RNA isolated from cells growing under different conditions DNA microarrays are used to estimate the relative level of gene expression of each gene in the genome

11 11 Reverse Genetics Mutation has traditionally provided the raw material needed for genetic analysis. The customary procedure has been to use a mutant phenotype to recognize a mutant gene and then to identify the wildtype allele and its normal function Recombinant DNA technology has made possible another approach, often called reverse genetics, in which wildtype genes are cloned, intentionally mutated in specific ways, and introduced back into the organism to study the phenotypic effects of the mutations

14 14 Transgenic Animals Germ-line transformation involves the insertion of genes into the reproductive cells of an organism, which permanently alters the genetic content of the individual and all offspring = transgenic animals Transgenic animals are used to study the functions of specific genes in development or disease processes 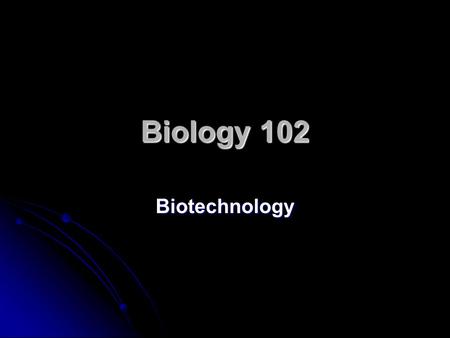 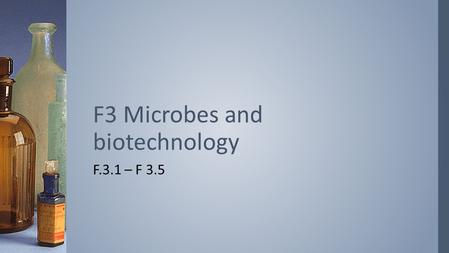 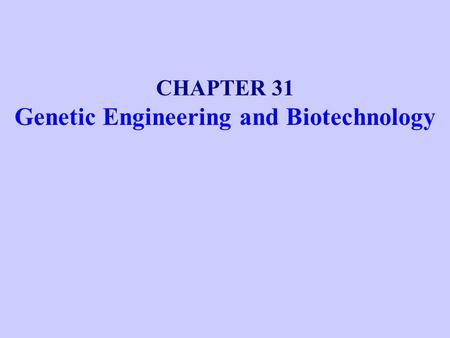 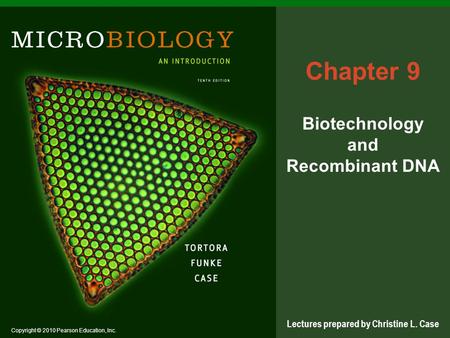 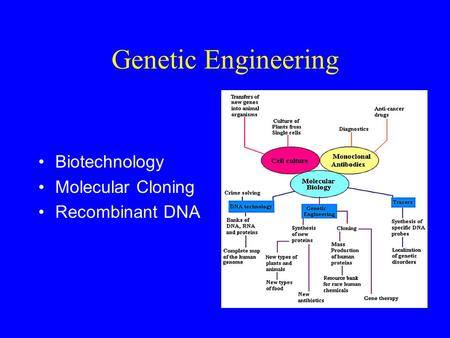 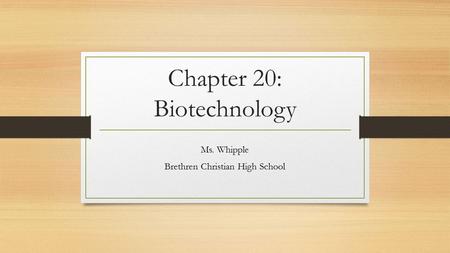 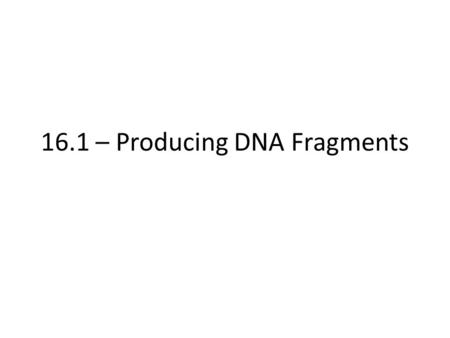 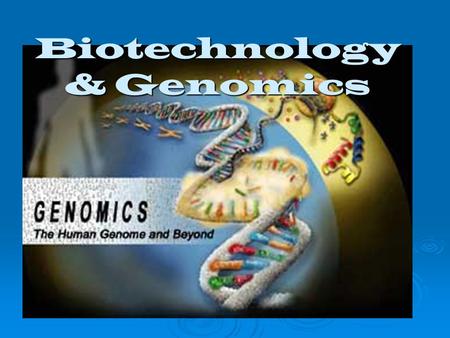 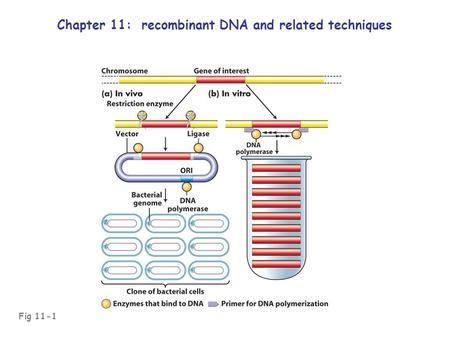