2 Why Software Testing Strategy?
Some Test Strategy Issues: Should develop a formal test plan? Test entire program as a whole or various pieces? When should customer be included? Testing often accounts for more effort then development Usually strategy is defined in an overall testing strategy and procedure document (often by independent test group)

4 Unit Testing Unit Testing - Module test Use drivers (accepts data
interfaces are tested to ensure information flows into and out of the program correctly. Data structures are tested. Independent paths (basis paths) are exercised) Error handling paths - A mistake to miss these. Use drivers (accepts data and tests and passes to module) and stubs (replace other modules)

5 Integration A systematic technique to uncover problems while putting the modules together. Composed of two activities: Building Compile and link all of the modules together Testing Verify interface function as specified Avoid the “big bang” approach A.K.A. non- incremental integration can yield chaotic results.

11 Top Down (breath) Example
Breath First Order M1, M2, M3, M4, Next level would be M5, M6, ... Next Top down testing can have problems when low level modules are needed (delay full tests or develop better stubs or go bottom up)

13 Bottom Up Example II In reality lower items are clustered together into sub-functions (aka builds).

15 Regression Testing The reexecution of some subset of tests to ensure changes have not propagated errors. Tests conducted when a previously tested software is delivered Continuing testing after repair New Version Partial testing old features when testing a maintenance release. Might include tests of features/functions that were unchanged doing the current release. Capture/playback tools enable re-execute of tests previously run.

16 Verification (1) The process of determining whether or not the products of a given phase of the software development cycle fulfill the requirements established during the previous phase (2) Formal proof of program correctness (3) The act of reviewing, inspecting, testing, checking, auditing, or otherwise establishing and documenting whether or not items, processes, services and documents conform to specified requirements

20 Validation The process of evaluating software at the end of the software development process to ensure compliance with software requirements. Test plans define classes of test to be completed

27 Rules for High-Level Tests
1. Test are run on operational production hardware and software. 2. Tests must stress the system significantly 3. All interfaced systems must be in operation throughout the test. 4. Test duration should run a full cycle 5. Tests should exercise the system over a full range of inputs, both legal and illegal 6. All major functions and interfaces should be exercised. 7. If running the entire test cannot be completed, a new run should include a complete restart.

28 Acceptance Testing Depends on the type of product and the situation.
When working with an a non-technical user, the following are recommended. First, train user on system with a number of test cases. Use a comparison test. Re-processing Parallel to existing system

29 Acceptance Testing Product Development Alpha testing
Performed by a selected end-users usually in side the development environment. Beta testing Performed by a subset of actual customers outside the company, before the software is made available to the customer. Field Trial Large number of users, but not general release. 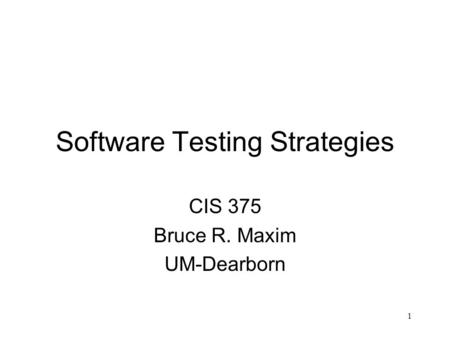 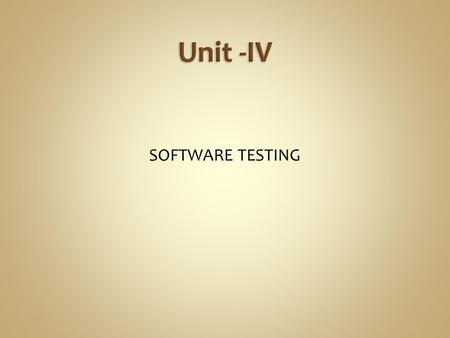 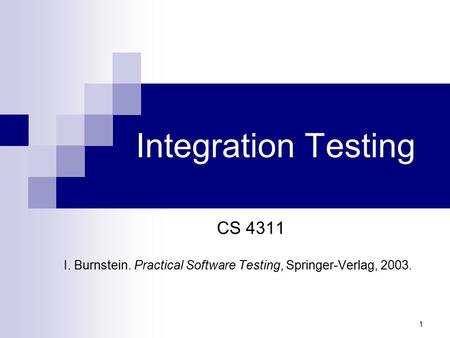 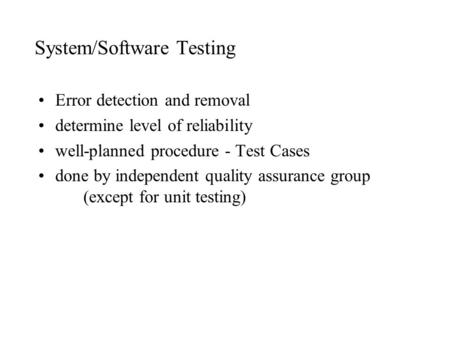 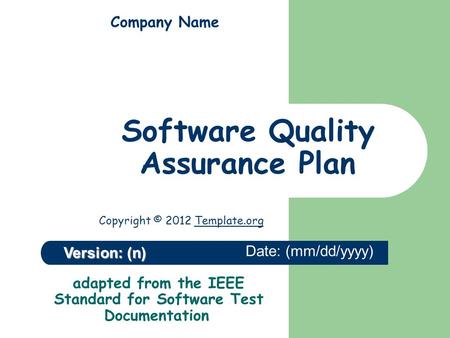 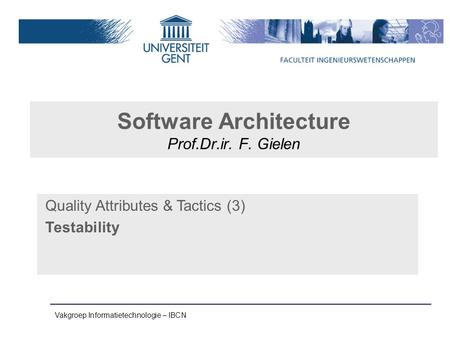 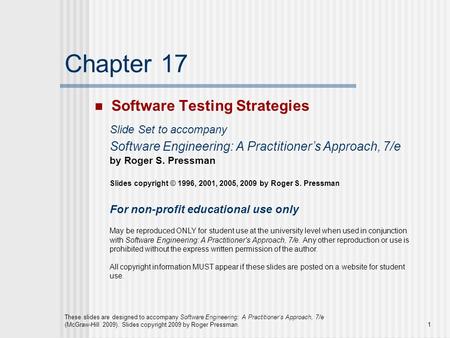 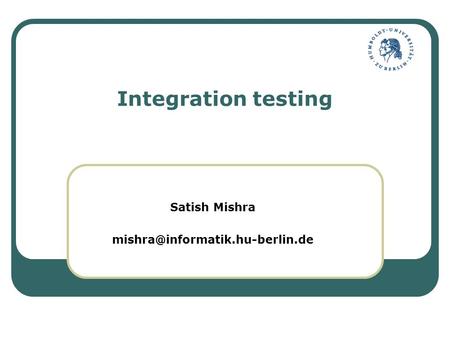 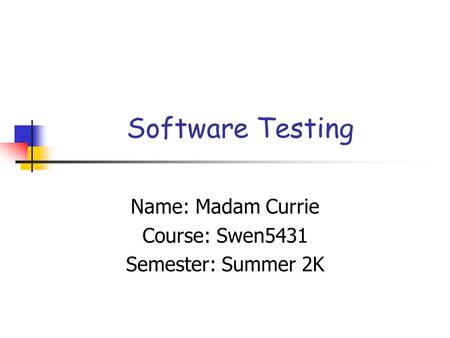 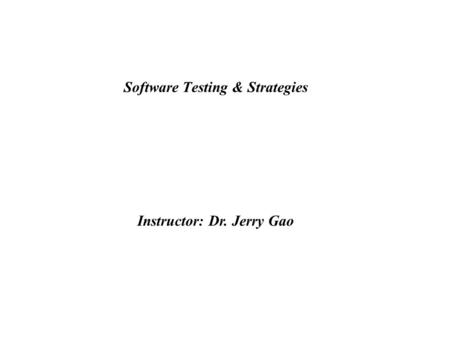 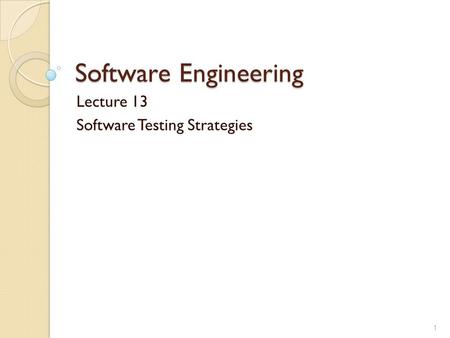 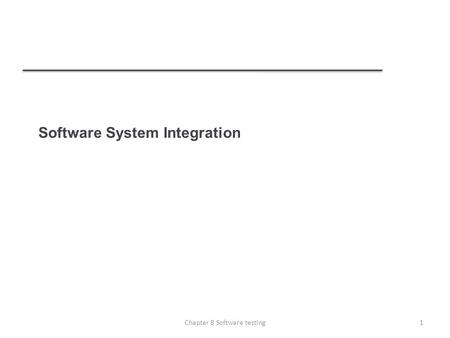 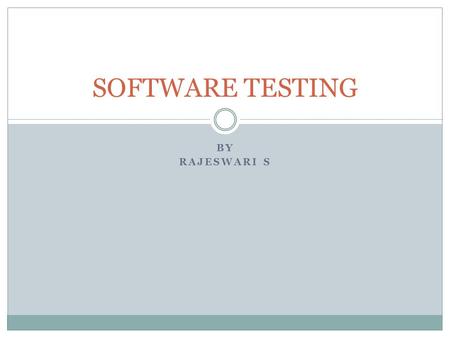 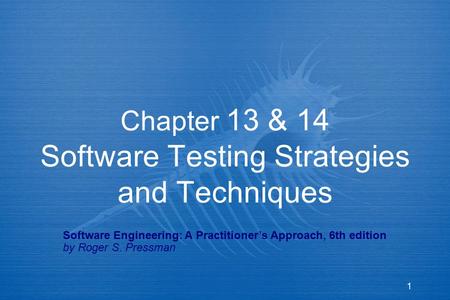 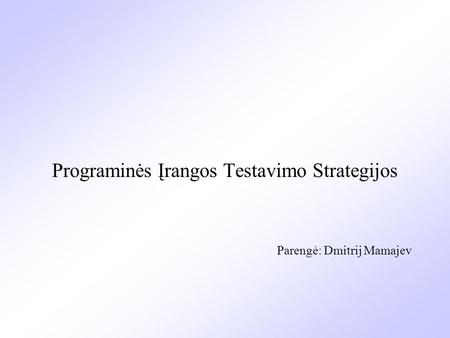 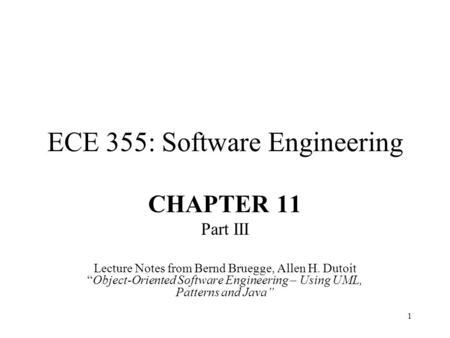