CHAPTER 10 Molecular Biology of the Gene

2 THE FLOW OF GENETIC INFORMATION FROM DNA TO RNA TO PROTEIN
10.6 The DNA genotype is expressed as proteins, which provide the molecular basis for phenotypic traits The information constituting an organism’s genotype is carried in its sequence of bases

3 A specific gene specifies a polypeptide
The DNA is transcribed into RNA, which is translated into the polypeptide DNA TRANSCRIPTION DNA TRANSLATION Protein Figure 10.6A

4 Studies of inherited metabolic disorders first suggested that phenotype is expressed through proteins Studies of the bread mold Neurospora crassa led to the one gene-one polypeptide hypothesis Figure 10.6B

12 10.11 Transfer RNA molecules serve as interpreters during translation
In the cytoplasm, a ribosome attaches to the mRNA and translates its message into a polypeptide The process is aided by transfer RNAs Amino acid attachment site Hydrogen bond RNA polynucleotide chain Anticodon Figure 10.11A

13 Each tRNA molecule has a triplet anticodon on one end and an amino acid attachment site on the other
Figure 10.11B, C

15 10.13 An initiation codon marks the start of an mRNA message
Start of genetic message End Figure 10.13A

19 10.15 Review: The flow of genetic information in the cell is DNARNAprotein
The sequence of codons in DNA spells out the primary structure of a polypeptide Polypeptides form proteins that cells and organisms use

21 New peptide bond forming
Growing polypeptide Stage Elongation 4 A succession of tRNAs add their amino acids to the polypeptide chain as the mRNA is moved through the ribosome, one codon at a time. Codons mRNA Polypeptide Stage Termination 5 The ribosome recognizes a stop codon. The poly-peptide is terminated and released. Stop Codon Figure (continued)

22 10.16 Mutations can change the meaning of genes
Mutations are changes in the DNA base sequence These are caused by errors in DNA replication or by mutagens The change of a single DNA nucleotide causes sickle-cell disease 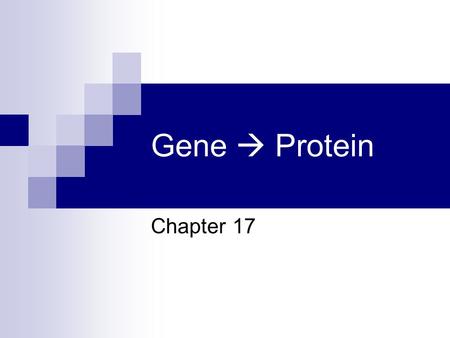 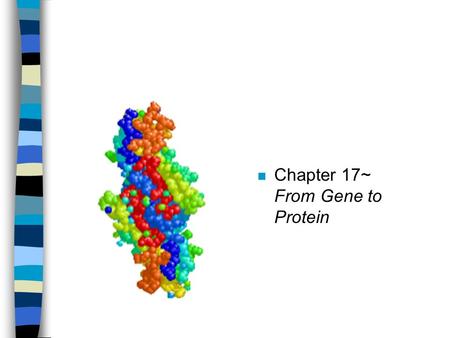 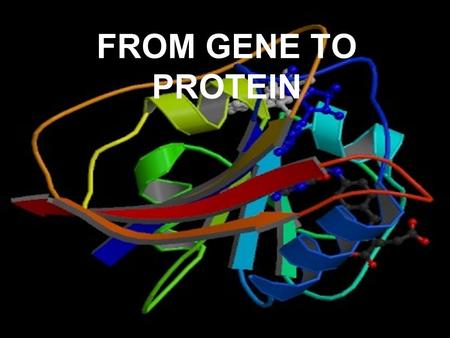 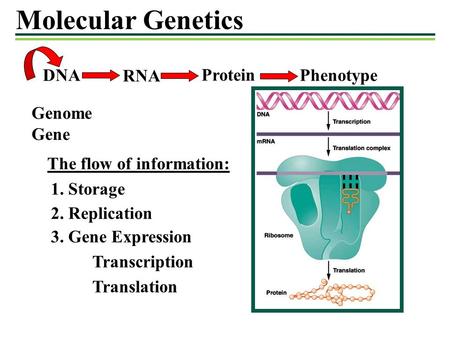 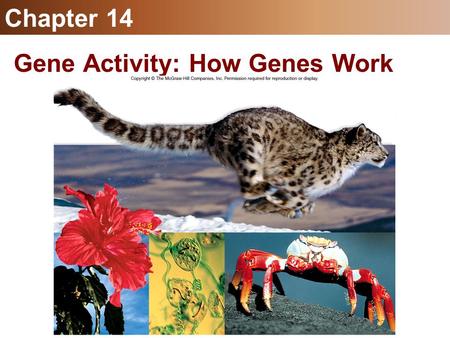 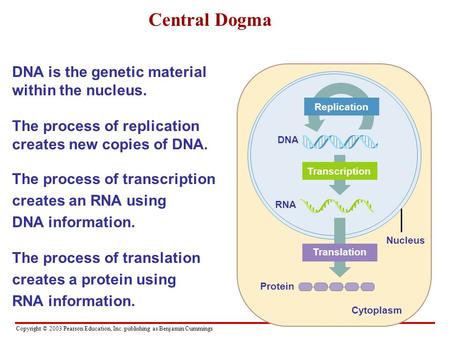 Central Dogma DNA is the genetic material within the nucleus. 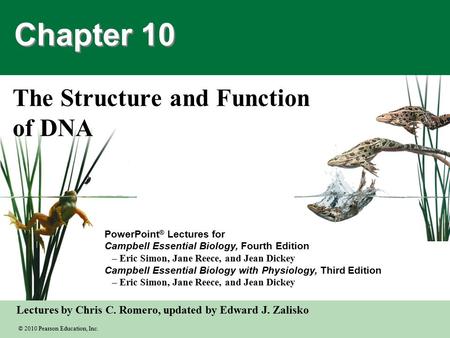 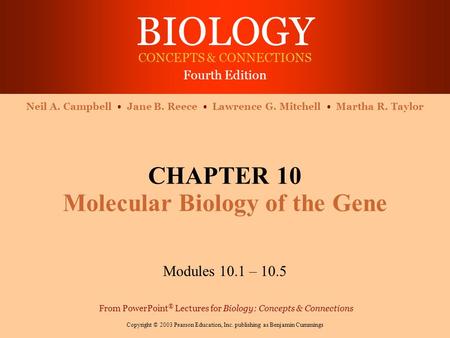 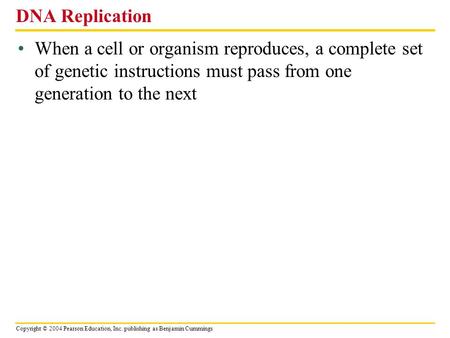 DNA Replication When a cell or organism reproduces, a complete set of genetic instructions must pass from one generation to the next. 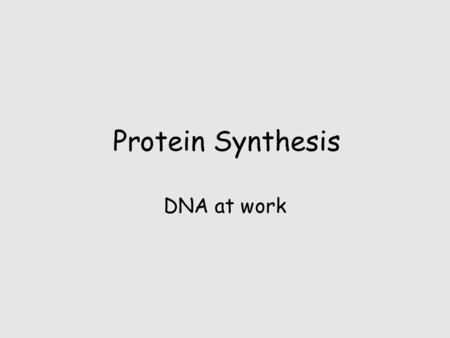 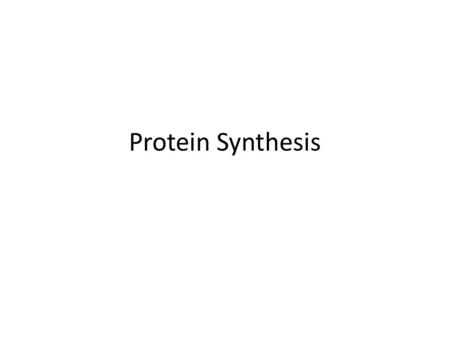 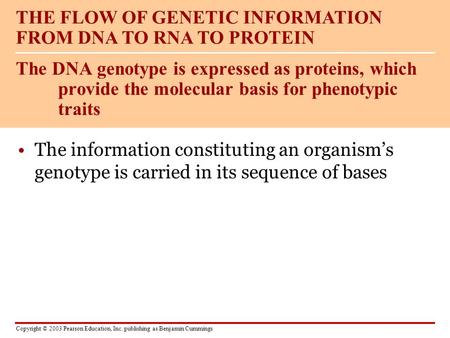 Copyright © 2003 Pearson Education, Inc. publishing as Benjamin Cummings The information constituting an organism’s genotype is carried in its sequence. 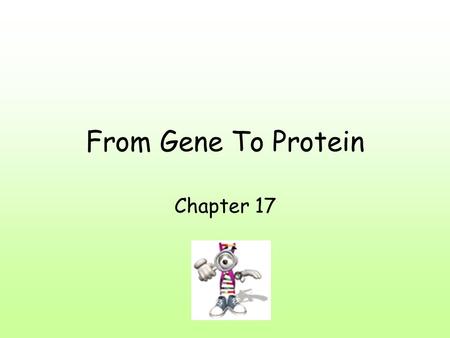 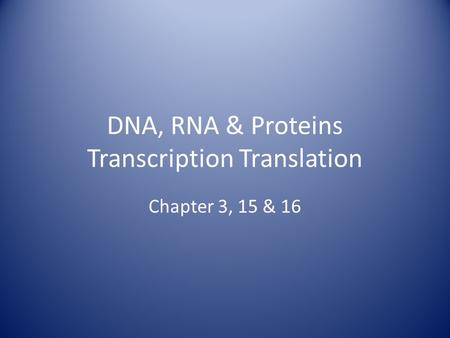 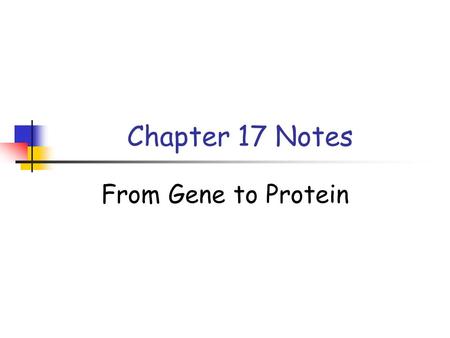 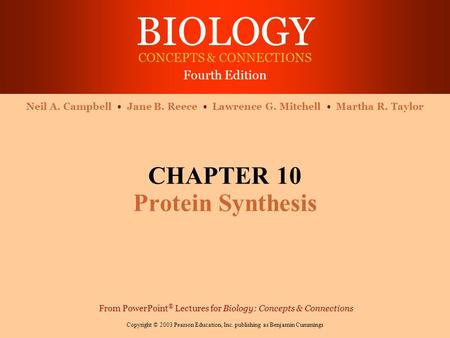 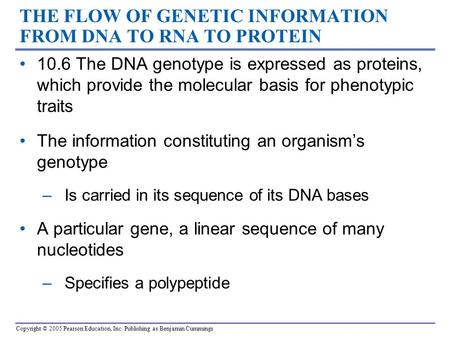 Copyright © 2005 Pearson Education, Inc. Publishing as Benjamin Cummings THE FLOW OF GENETIC INFORMATION FROM DNA TO RNA TO PROTEIN 10.6 The DNA genotype. 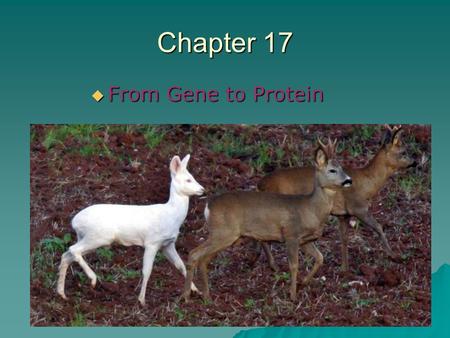