2 Switching Networks Long distance transmission is typically done over a network of switched nodes Nodes not concerned with content of data End devices are stations Computer, terminal, phone, etc. A collection of nodes and connections is a communications network Data routed by being switched from node to node

3 Nodes Nodes may connect to other nodes only, or to stations and other nodes Node to node links usually multiplexed Network is usually partially connected Some redundant connections are desirable for reliability Two different switching technologies Circuit switching Packet switching

12 Space Division Switching Developed for analog environment Separate physical paths Crossbar switch Number of crosspoints grows as square of number of stations Loss of crosspoint prevents connection Inefficient use of crosspoints All stations connected, only a few crosspoints in use Non-blocking

34 SS7 Characteristics SPs are switches that send signaling messages to SPs to setup, manage, and release voice circuits An SP may also send a query message to a centralized database (an SCP) to determine how to route a call (e.g. a toll-free number) Because the SS7 network is critical to call processing, SCPs and STPs are usually deployed in mated pair configurations in separate physical locations Links between signaling points are also in pairs

35 Review Questions 1.What is the difference between node and station? 2.What are the advantages of a circuit switched network? Disadvantages? 3.What is a non-blocking switch? 4.What is a crossbar? A multi-stage switch? A time division switch? 5.What is the difference between in channel signaling and common channel signaling? 6.What are the basic components of SS7? 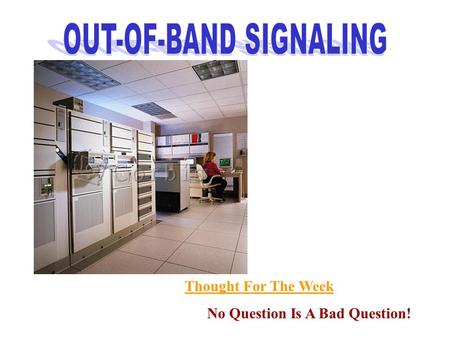 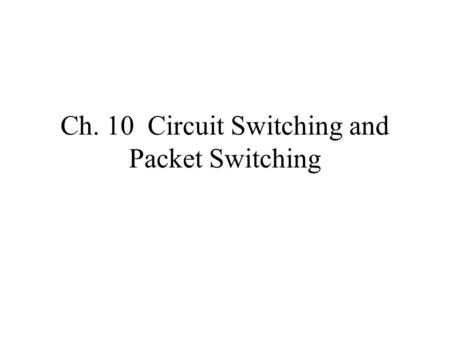 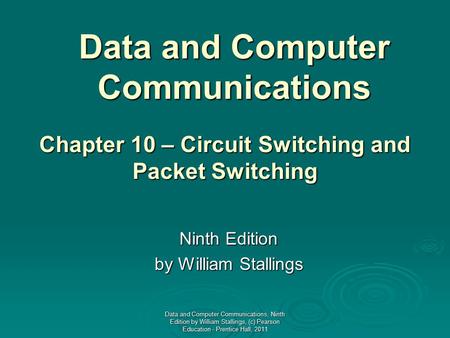 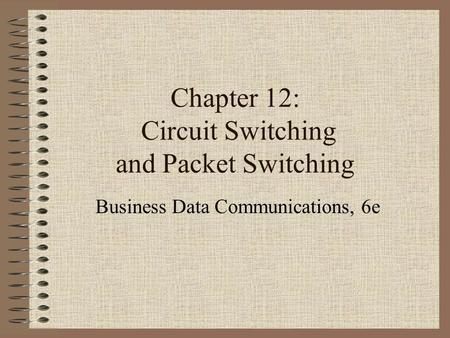 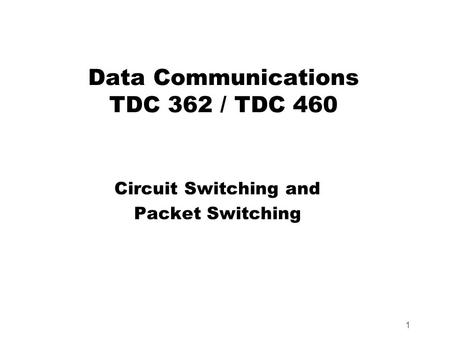 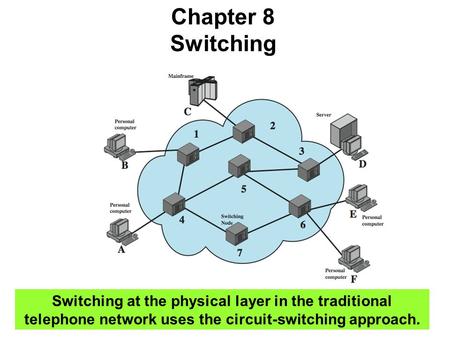 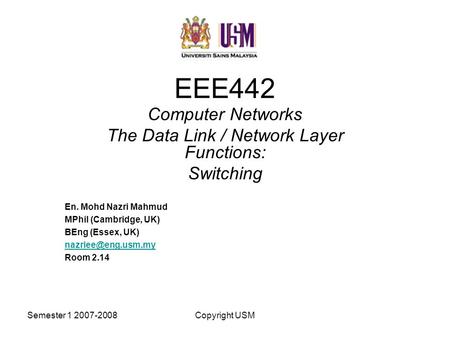 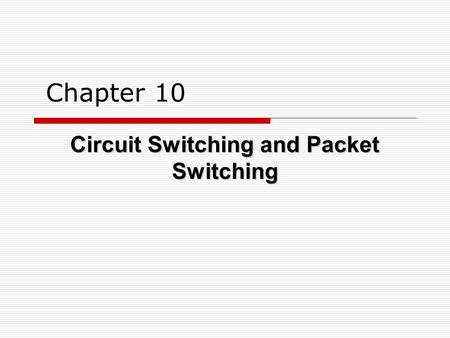 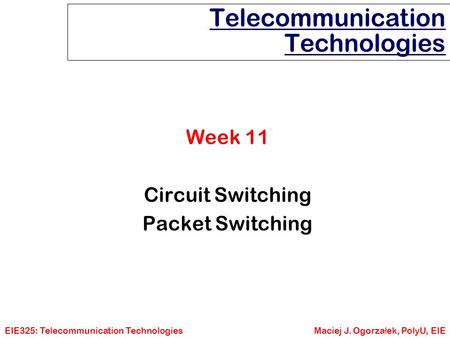 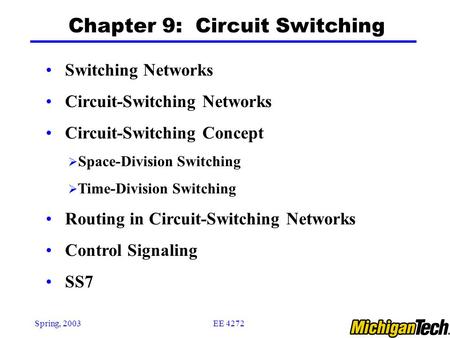 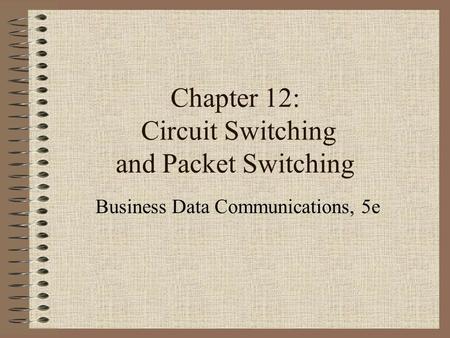 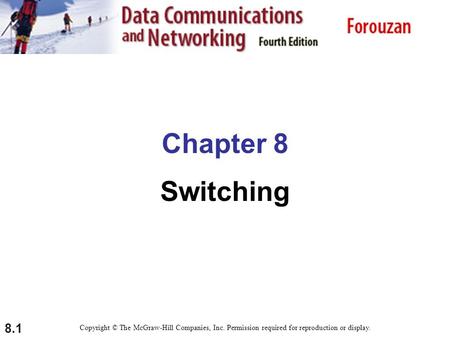 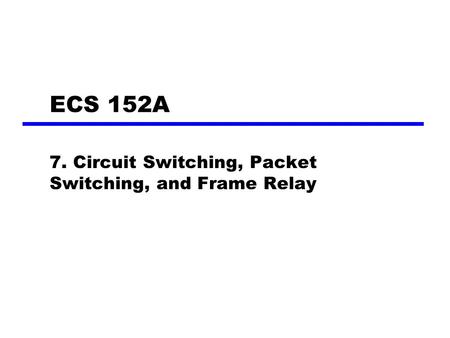