3 Combining Evidence Since 1990 programs are no longer limited to searching for independent exons, but try instead to identify the whole complex structure of a gene. Given a sequence and using signal sensors, one can accumulate evidence on the occurrence of signals: translation starts and stops and splice sites are the most important ones since they define the boundaries of coding regions

5 Combining Evidence In practice, this is slightly reduced by the fact that `correct' gene structures must satisfy a set of properties: There are no overlapping exons Coding exons must be frame compatible Merging two successive coding exons will not generate an in-frame stop at the junction

6 Combining Evidence The number of candidates remains, however, exponential. In almost all existing approaches, such an exponential number is coped with in reasonable time by using dynamic programming techniques.

8 Extrinsic Approaches The principle of most of these programs is to combine similarity information with signal information obtained by signal sensors.

9 Extrinsic Approaches Very briefly, all the programs in this class may be seen as sophistications of the traditional Smith-Waterman local alignment algorithm where the existence of a signal allows for the opening (donor) or closure (acceptor) of a gap with an essentially free extension cost. They are often referred to as `spliced alignment' programs.

10 Extrinsic Approaches Existing software may be further divided according to the type of similarity exploited: genomic DNA/protein, genomic DNA/cDNA or genomic DNA/genomic DNA. Some of these methods are able to deal with more than one type and to take into account possible frameshifts in the genomic DNA or cDNA sequences.

11 Extrinsic Approaches Procrustes
To align a genomic sequence with a protein. Considers all potential exons from the query DNA sequence, initially with the only constraint that they must be bordered by donor and acceptor sites. All possible exon assemblies are explored by translating the exons and aligning them with the target protein. Other programs performing the same task are GeneWise, PredictGenes, ORFgene and ALN.

12 Extrinsic Approaches Some programs, like INFO and ICE, use a dictionary-based approach: they first create dictionaries of k long segments from a protein or an EST database and then, using a look-up procedure, find all segments in the query DNA sequence having a match in the dictionary.

14 Intrinsic approaches In the exon-based category, the gene assembly is separated from the coding segments prediction step. The goal is to find the highest scoring genes, the gene score being a simple function (usually the sum) of the scores of the assembled segments. In theory at The segment assembly process can be defined as the search for an optimal path in a directed acyclic graph where vertices represent exons and edges represent compatibility between exons. This is the approach adopted by the GeneId, GenView2, GAP3, FGENE and DAGGER programs

15 Intrinsic approaches In the signal-based methods, the gene assembly is produced directly from the set of detected signals.

16 Intrinsic approaches To effciently deal with the exponential number of possible gene structures defined by potential signals, almost all intrinsic gene finders use dynamic programming (DP) to identify the most likely gene structures according to the evidence defined by both content and signal sensors.

17 Integrated Approaches
Combining both intrinsic and extrinsic. Combine the predictions of several programs in order to obtain a sort of consensus.

20 Pitfalls and Issues Very conserved introns. this is particularly a problem when gene prediction is addressed through similarity searches.

21 Pitfalls and Issues Very short exons: some exons are only 3 bp long in Arabidopsis genes and probably even 1 bp for the coding part of exons at either end of the coding sequence, meaning that start or stop codons can be interrupted by an intron. Such small exons are easily missed by all content sensors, especially if bordered bylarge introns. The more difficult cases are those where the length of a coding exon is a multiple of three (typically 3, 6 or 9 bp long), because missing such exons will not cause a problem in the exon assembly as they do not introduce any change in the frame.

22 Pitfalls and Issues Overlapping genes: though very rare in eukaryotic genomes, there are some documented cases in animals as well as in plants Polycistronic gene arrangement: one gene, and one mRNA, but two or more proteins.

23 Pitfalls and Issues Frameshifts: some sequences stored in databases may contain errors (either sequencing errors or simply errors made when editing the sequence) resulting in the introduction of artificial frameshifts (deletion or insertion of one base). Such frameshifts greatly increase the difficulty of the computational gene finding problem by producing erroneous statistics and masking true solutions.

24 Pitfalls and Issues Introns in non-coding regions: there are genes for which the genomic region corresponding to the 5`- and/or 3`-UTR in the mature mRNA is interrupted by one or more intron(s). Alternative transcription start: e.g. three alternative promoters regulate the transcription of the 14 kb full-length dystrophin mRNAs and four `intragenic' promoters control that of smaller isoforms.

26 Pitfalls and Issues Alternative initiation of translation: finding the right AUG initiator is still a major concern for gene prediction methods. the rule stating that the firrst AUG in the mRNA is the initiator codon can be escaped through three mechanisms: context-dependent leaky scanning, re-initiation and direct internal initiation. Non-AUG triplet can sometimes act as the functional codon for translation initiation, as ACG in Arabidopsis or CUG in human sequences 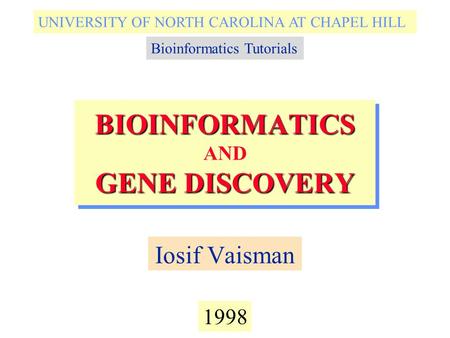 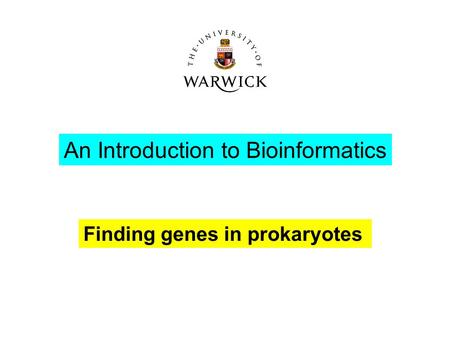 An Introduction to Bioinformatics Finding genes in prokaryotes. 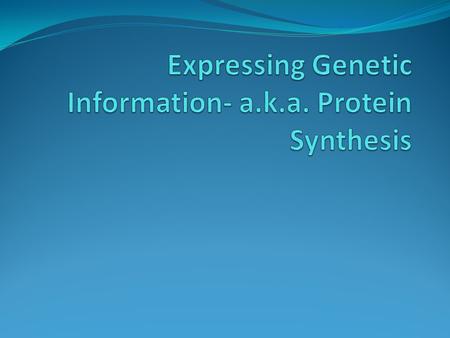 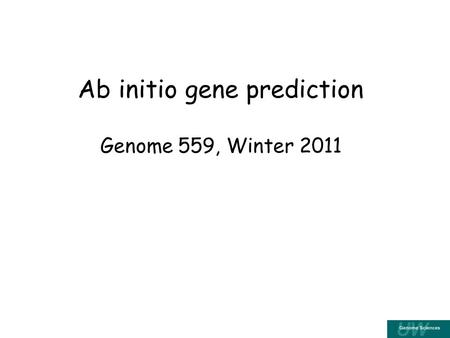 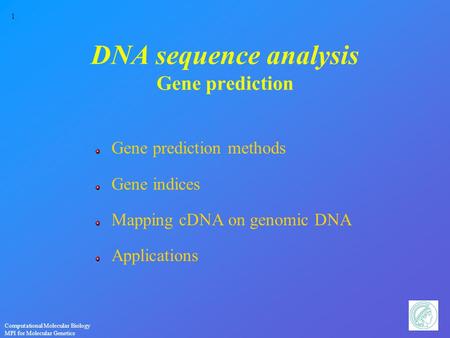 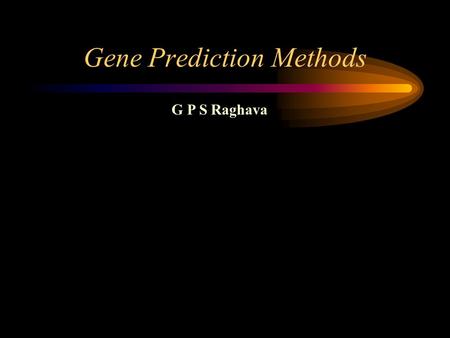 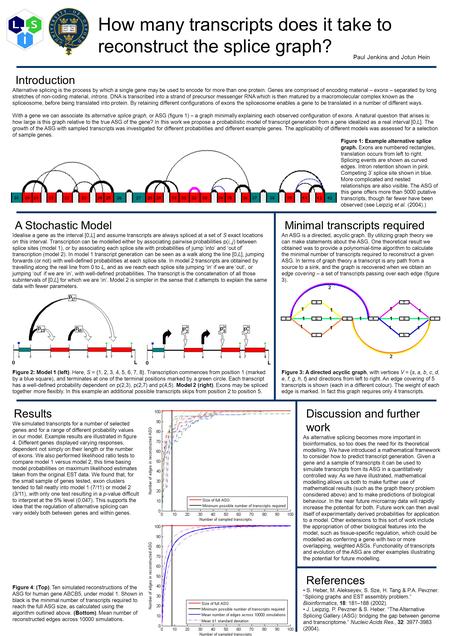 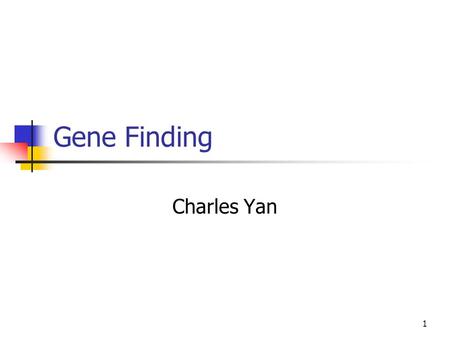 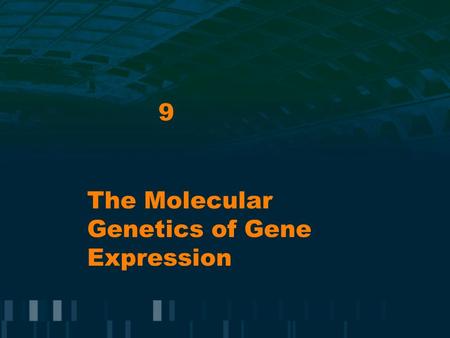 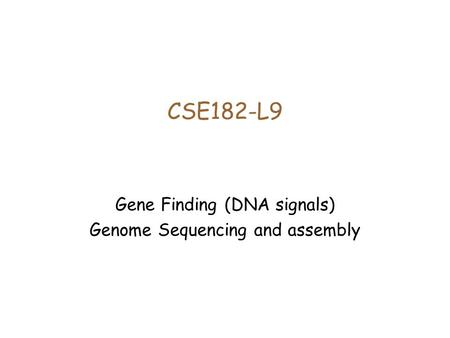 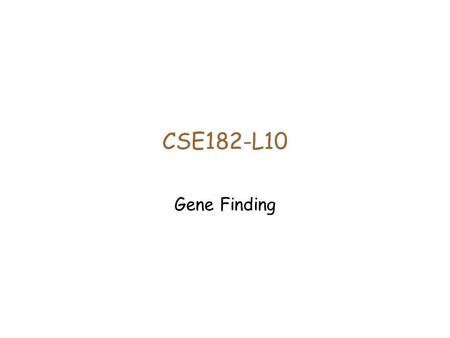 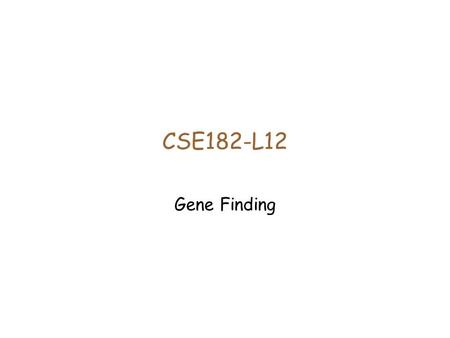 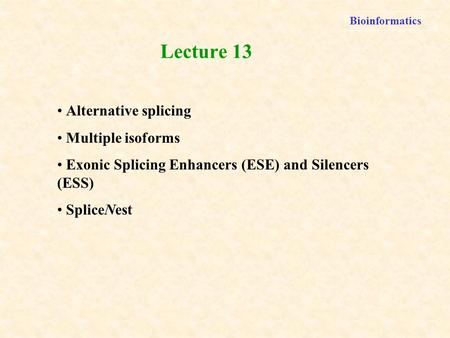 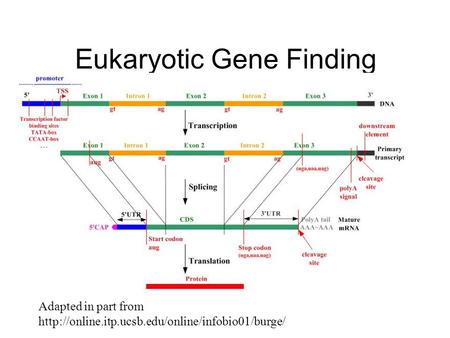 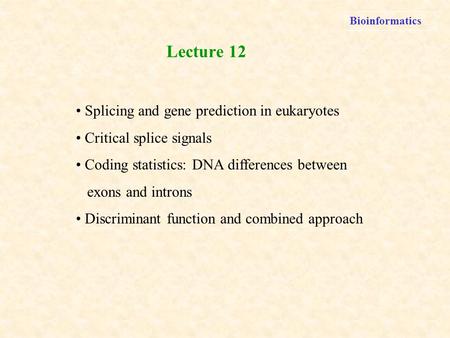 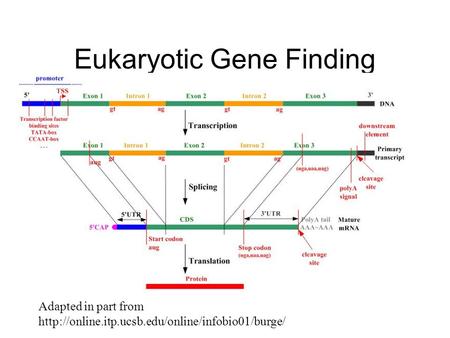 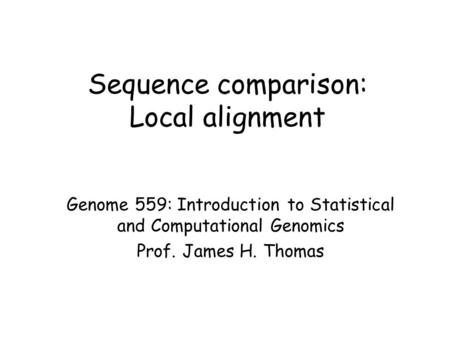 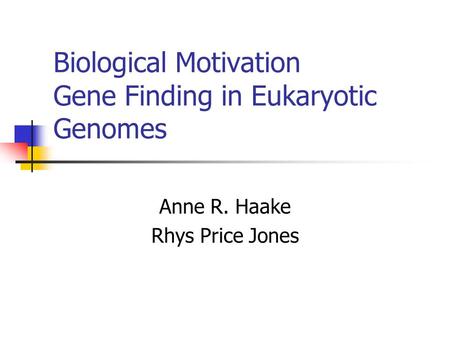 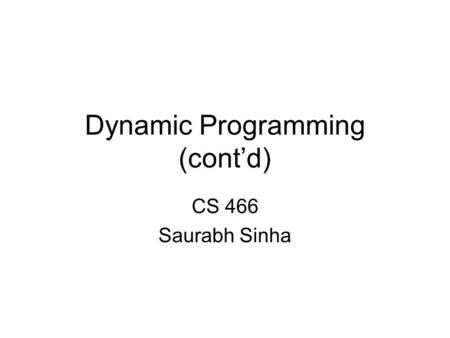 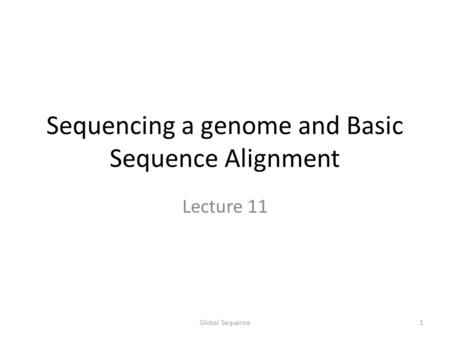