1 Allan Johnson, “Patriarchy”
“What is patriarchy? A society is patriarchal to the degree that it is male-dominated, male identified, and male-centered. It also involves as one of its key aspects the oppression of women” (165). “In the simplest sense, male dominance creates power differences between men and women” (166). --via larger shares of income and wealth --via social positions and prestige --via men’s shaping of culture “Male dominance also promotes the idea that men are superior to women. In part this occurs because we don’t distinguish between the superiority of positions in a hierarchy and the kinds of people who usually occupy them. This means that if superior positions are occupied by men, it’s a short leap to the idea that men must be superior” (166). “But male identification amounts to much more than this, for it also takes men and men’s lives as the standard for defining what is normal” (166).

2 “Of course, femaleness isn’t devalued entirely
“Of course, femaleness isn’t devalued entirely. Women are often prized for their beauty as objects of male sexual desire, for example, but as such they are often possessed and controlled in ways that ultimately devalue them” (167). “Because patriarchy is male-identified…To see herself as a leader, for example, a woman must first get around the fact that leadership itself has been gendered through its identification with maleness and masculinity as part of patriarchal culture” (167) “Power looks sexy on men but not on women” (167). What of women who step into positions of power? “The answer is that patriarchy can accommodate a limited number of powerful women so long as the society retains its essential patriarchal character, especially in being male-identified…Indeed, part of what makes these women stand out as so exceptional is their ability to embody values culturally defined as masculine: they’ve been tougher, more decisive, more aggressive, more calculating, and more emotionally controlled than most men around them” ( ).

3 “We’re as stuck as we are primarily because we can’t or won’t acknowledge the roots of patriarchy and our involvement in it. We show no enthusiasm for going deeper than a surface obsession with sex and gender. We resist even saying the word “patriarchy” in polite conversation” (169). “Many women, of course, do dare to see and speak the truth, but they are always in danger of being attacked and discredited in order to maintain silence” (170). Why are we reluctant to see women as oppressed? “The reluctance to see women as oppressed has several sources. The first is that many women enjoy race or class privilege and it’s difficult for many to see them as oppressed without, as Sam Keen put it, insulting ‘truly oppressed’ groups such as the lower classes or racial minorities” (170). “To identify ‘female’ as an oppressed status under patriarchy doesn’t mean that every woman suffers its consequences to an equal degree, just as living in a racist society doesn’t man that every person of color suffers equally or that every white person shares equally in the benefits of race privilege. Living in patriarchy does mean, however, that every woman must come to grips with an inferior gender position and that whatever she achieves will be in spite of that position” (170).

4 Why are we reluctant to see men as oppressors?
“Along with not seeing women as oppressed, we resist seeing men as a privilege oppressor group” (171). “Instead, to the extent that men suffer as men—and not because they’re also poor or a racial or ethnic minority—it’s because they belong to the dominant gender group in a system of gender oppression, which both privileges them and exacts a price in return” (171).  What does this mean? “Perhaps one of the deepest reasons for denying the reality of women’s oppression is that we don’t want to admit that a real basis for conflict exists between men and women…Who wants to consider the role of gender oppression in everyday married and family life? Who wants to know how dependent we are on patriarchy as a system, how deeply our thoughts, feelings, and behavior are embedded in it? Men resist seeing the oppression of their mothers, wives, sisters, and daughters because we’ve participated in it, benefited from it, and developed a vested interest in it” (172).

5 What do we see here? How does this contribute to patriarchy? What are the individual v. community impacts of such a depiction? --Should one trump the other? 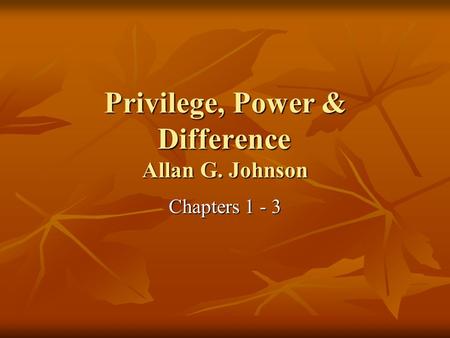 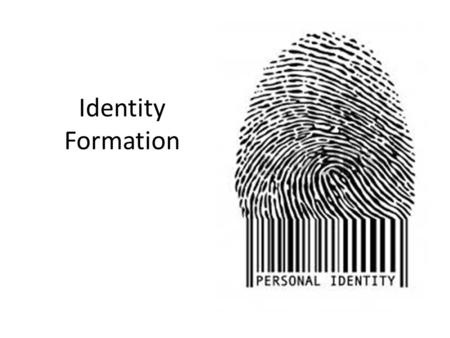 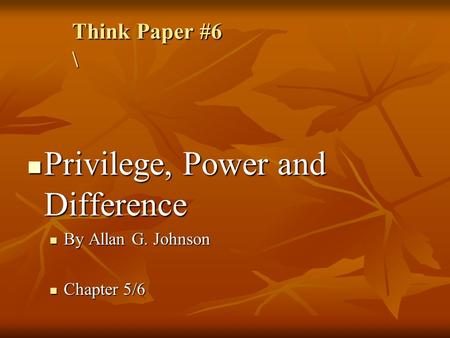 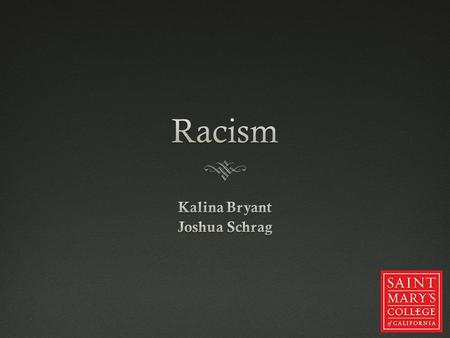 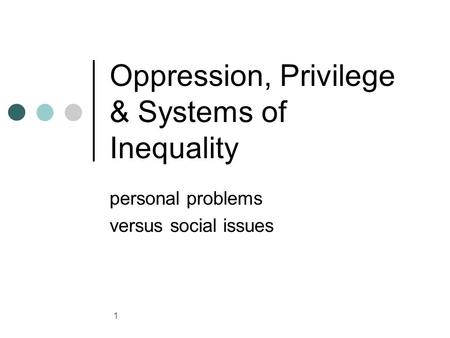 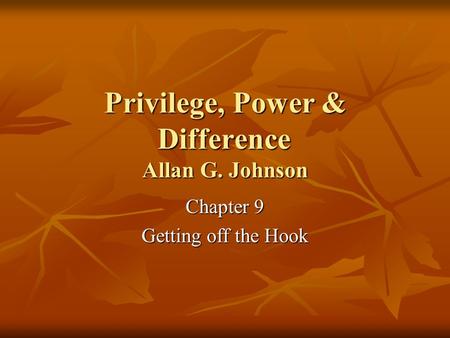 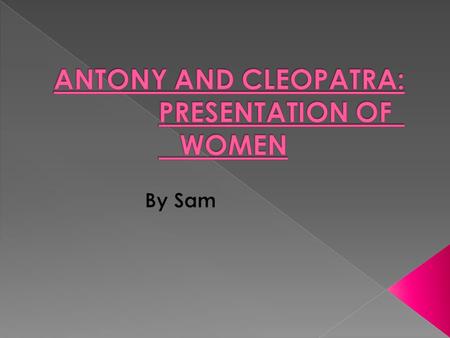 ‘In these plays the female characters function to oppose the values of a world that is constructed as masculine.’  In the Shakespearean times, the woman. 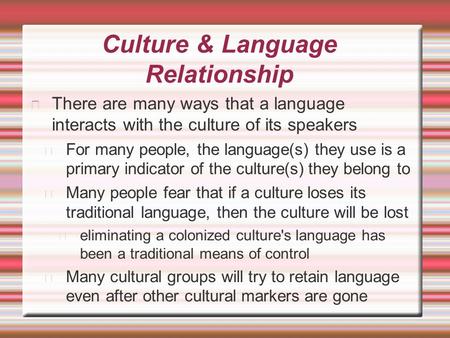 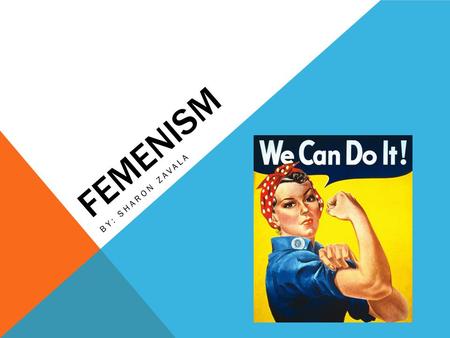 FEMENISM BY: SHARON ZAVALA. MAJOR GOALS OF FEMINIST MOVEMENT: “Throughout history, women have struggled to gain equality, respect, and the same rights. 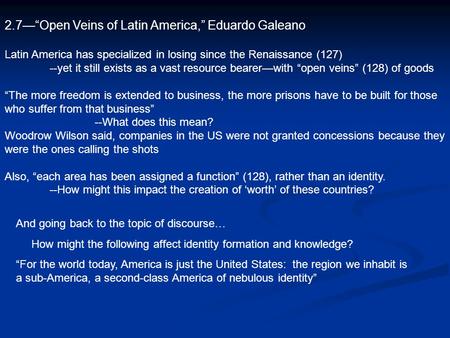 2.7—“Open Veins of Latin America,” Eduardo Galeano Latin America has specialized in losing since the Renaissance (127) --yet it still exists as a vast. 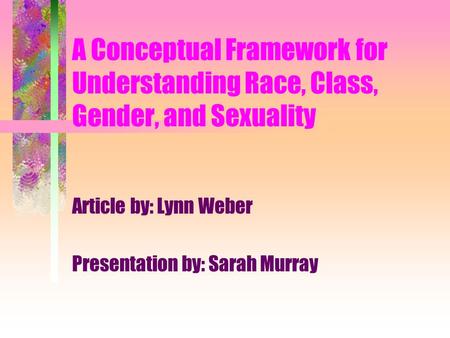