4 4 FCFS §Simplest algorithm – easy to implement §When a running process blocks, it is placed at the end of queue like a newly arrived process §Non preemptive §Does not emphasize throughput – long processes are allowed to monopolize the CPU.

7 7 Priority Scheduling §A priority number (integer) is associated with each process §The CPU is allocated to the process with the highest priority (smallest integer  highest priority... may be different on different systems ). l Preemptive l nonpreemptive §SJF is a priority scheduling where priority is the predicted next CPU burst time.

10 10 Round Robin (RR) §Each process gets a small unit of CPU time (time quantum), usually 10-100 milliseconds. After this time has elapsed, the process is preempted and added to the end of the ready queue. §If there are n processes in the ready queue and the time quantum is q, then each process gets 1/n of the CPU time in chunks of at most q time units at once. No process waits more than (n-1)q time units.

16 16 Multilevel Queue §Scheduling must be done between the queues l Fixed priority scheduling; (i.e., serve all from foreground then from background). Possibility of starvation. l Time slice – each queue gets a certain amount of CPU time which it can schedule amongst its processes; i.e., 80% to foreground in RR l 20% to background in FCFS

18 18 Multilevel Feedback Queue §A process can move between the various queues; aging can be implemented this way

23 23 Multilevel feed back queue example §Multilevel feedback queue scheduling with three queues Q1, Q2, Q3. §The scheduler first executes processes in Q1, which is given a time quantum of 8ms. If a process does not finish within this time, it is moved to tail of Q2. §The scheduler executes processes in Q2 only if Q1 is empty. The process at the head of Q2 is given a quantum of 16ms. If it does not complete, it is preempted and put in Q3. §Processes in Q3 are run in FCFS basis, only when Q1 and Q2 are empty. §A process in Q1 will preempt a process in Q2, a process that arrives in Q2 will preempt a process in Q3.

30 30 We want: Combine the advantage of user threads with those of kernel threads. We want good performance and flexibility but without having to make special non- blocking system calls or checking for conditions.

31 31 Scheduler Activations Many to many models: User threads multiplexed onto kernel threads. Main idea: Avoid unnecessary transitions between user and kernel space If a thread a waiting locally for another one, then no need to involve the kernel Some number of virtual processors assigned to each process by the kernel (LWP: data structure between user and kernel threads)

33 33 Scheduler Activations When a kernel sees that a thread has blocked it informs the process run-time system of this occurrence by starting it at a well known address (Upcall) Now the process can reschedule its threads. When the data for blocked thread becomes available kernel makes another upcall The process will decide whether to run the previously blocked thread or put it in ready queue.

35 35 Thread Scheduling Many to many model: Thread library schedules user-level threads on available LWPs (PCS) Decision among threads of same process Kernel decides which kernel thread to schedule onto a CPU (SCS) One to one model systems use only SCS Windows, Linux, Solaris 9

38 38 Scheduling in Unix §Only processes that are in memory and ready to run are located on queues §Scheduler searches the queues starting at highest priority §first process is chosen on that queue and started. It runs for one time quantum (say 100ms) or until it blocks. §If the process uses up its quantum it is blocked §Processes within same priority range share CPU in RR 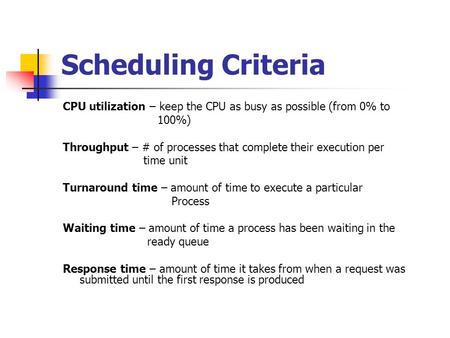 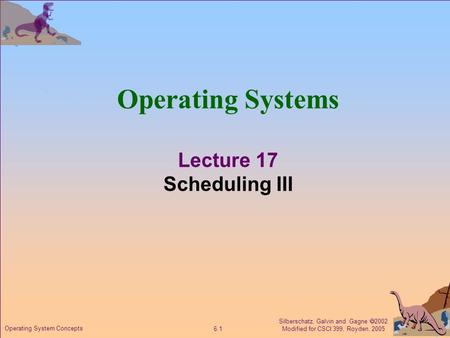 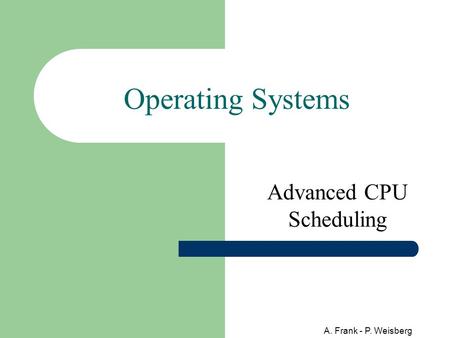 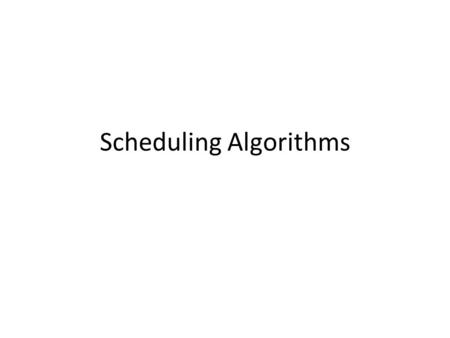