Presentation on theme: "Semester 4 - Chapter 4 – PPP WAN connections are controlled by protocols In a LAN environment, in order to move data between any two nodes or routers two."— Presentation transcript:

1 Semester 4 - Chapter 4 – PPP WAN connections are controlled by protocols In a LAN environment, in order to move data between any two nodes or routers two things are required:  a data path must be established  flow control procedures must be in place This is also true in the WAN environment and is accomplished by using WAN protocols such as Point-to-Point Protocol.

6 The fields of a PPP frame are as follows:  Flag - Indicates beginning or end of frame (binary sequence 01111110)  Address – standard broadcast address (binary sequence 11111111) PPP does not assign individual station addresses.  Control - 1 byte (binary sequence 00000011) calls for transmission of user data in an unsequenced frame.  Protocol - 2 bytes that identify type of protocol.  Data - 0 or more bytes that contain the datagram for the protocol specified in the protocol field.  The end of the data field is found by locating the closing flag sequence and allowing 2 bytes for the frame check sequence (FCS) field.  The default maximum length of the data field is 1,500 bytes.  FCS - Normally 16 bits (2 bytes).  Refers to the extra characters added to a frame for error control purposes. PPP Frame

12 LCP can terminate the link at any time. This is usually done at the request of a user but can happen because of a physical event, such as the loss of a carrier or a timeout. Phase 4 – Link Termination

14 CHAP is used to periodically verify the identity of the remote node, using a three-way handshake. This is done upon initial link establishment and can be repeated any time after the link has been established. (PAP verifies only once) After the PPP link establishment phase is complete  The host sends a challenge message to the remote node.  The remote node responds with a value.  The host checks the response against its own value.  If the values match, the authentication is acknowledged.  Otherwise, the connection is terminated. CHAP

16 Now that you have completed this chapter, you should have a firm understanding of the following:  PPP is the most widely used WAN protocol.  PPP addresses the problems of Internet connectivity by providing a LCP and a family of NCPs to negotiate optional configuration parameters and facilities.  A PPP session has four phases:  Link establishment  Link quality determination  Network-layer protocol configuration  Link termination.  Link termination.  You can select PAP or CHAP when configuring PPP authentication.  PAP is not a strong authentication protocol.  CHAP provides protection against playback attacks through the use of a variable challenge value that is unique and unpredictable.  You configure the interface for PPP encapsulation by using the encapsulation ppp command.  When PPP is configured, you can check its LCP and NCP states by using the show interfaces command. Summary

Download ppt "Semester 4 - Chapter 4 – PPP WAN connections are controlled by protocols In a LAN environment, in order to move data between any two nodes or routers two." 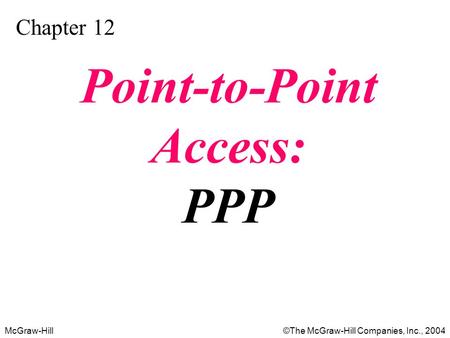 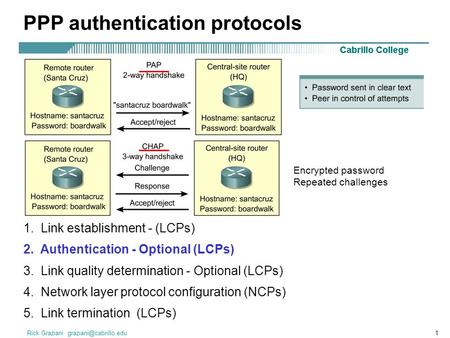 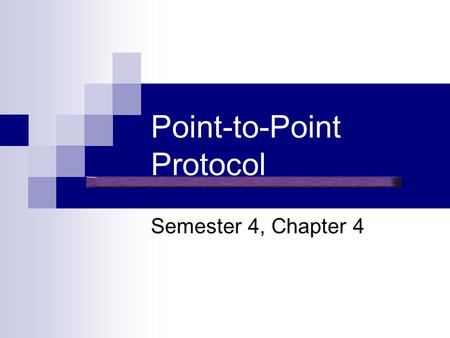 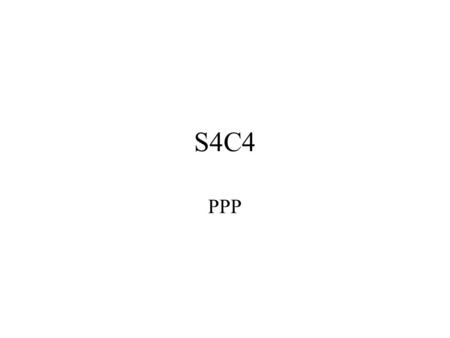 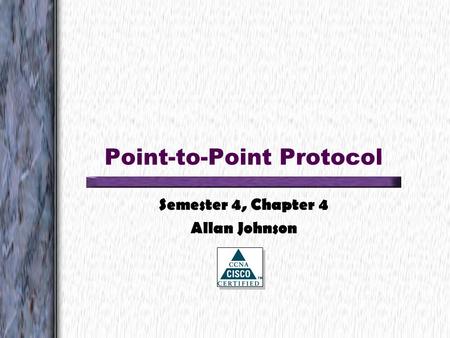 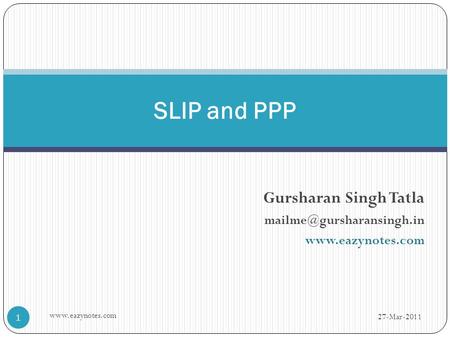 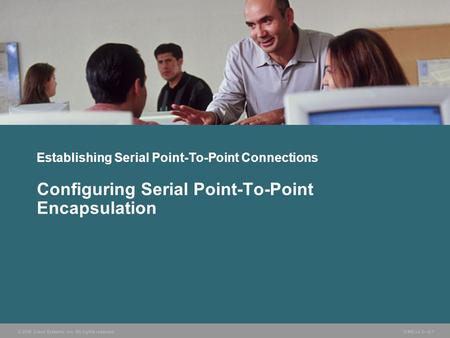 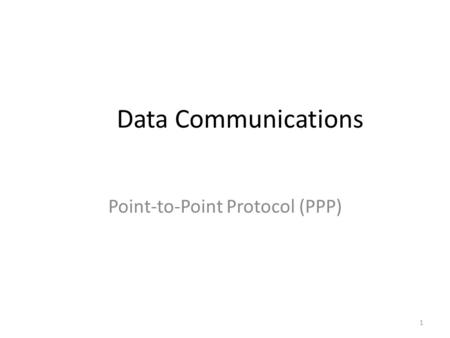 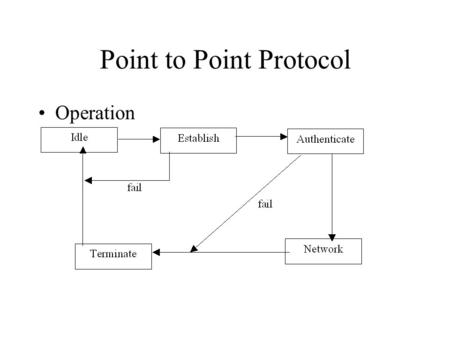 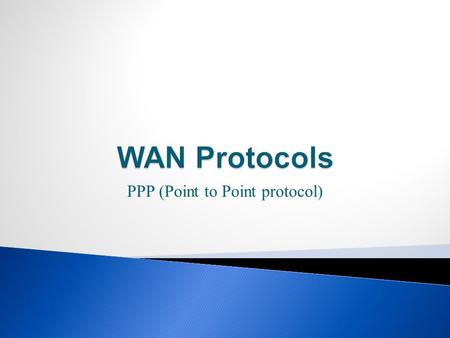 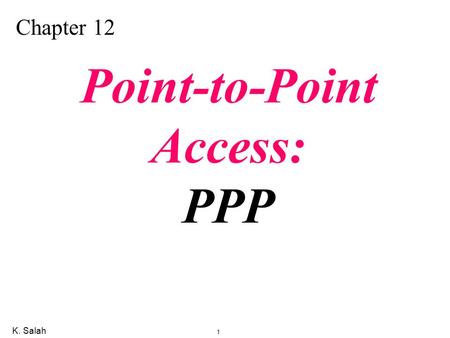 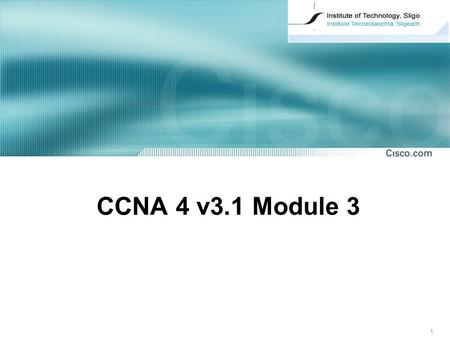 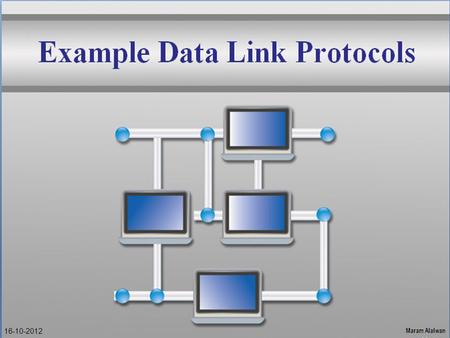 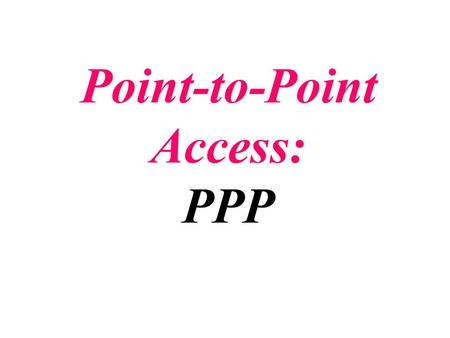 Point-to-Point Access: PPP. In a network, two devices can be connected by a dedicated link or a shared link. In the first case, the link can be used by. 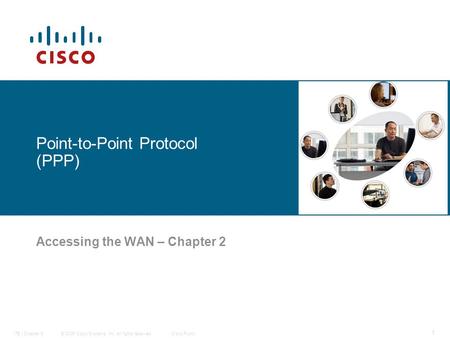 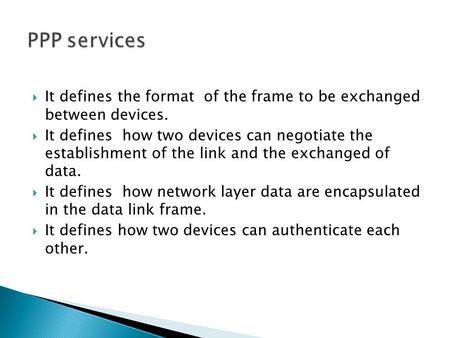  It defines the format of the frame to be exchanged between devices.  It defines how two devices can negotiate the establishment of the link and the. 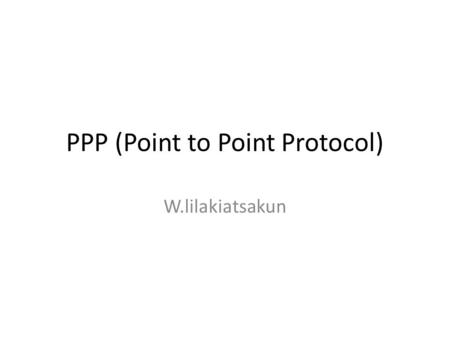 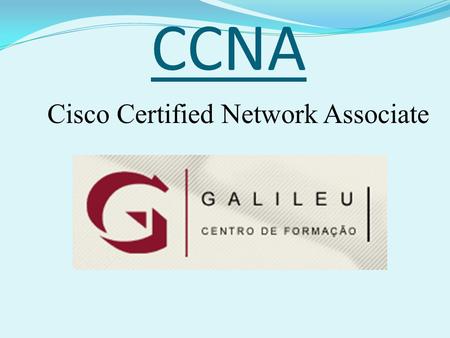 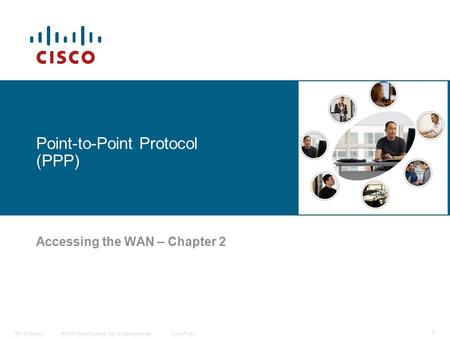